The seminar will deal with the tasks that shouldn’t be left unsolved in each stage of editing. Also, it will introduce external support programs that assist filmmakers in finishing their films systematically. YI Seung-jun, the director of In the Absence, Academy Award nominee for best short documentary, and its producer Gary Byungseok KAM will join to share the process of working with Field of Vision in detail. 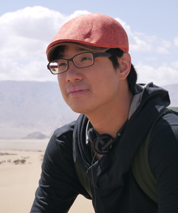 CHOI Wooyoung Moderator / Director
A documentary director and producer. After directing Report in Sam-dong Elementary School for 180 Days (2009), he consequently created Reach For The SKY (2015) with increased concern over the current education system in Korea. Here Comes Uncle Joe (2013), an international co-production documentary, was awarded the Best Long Documentary at the Gold Panda International Documentary Festival 2014 and the Best Documentary Feature & Best Director of Non-fiction at the TELAS- Sao Paulo TV Festival 2014. 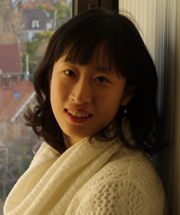 HA SinaeSpeaker / Producer
She participated in production and co-direction of Here Comes Uncle Joe (2013), with diverse partners: NHK, NRK, and ITVS. She co-produced Reach For The SKY (2015) with Belgium production company. She is currently directing The Primate Citizen (2020), creative documentary about an orangutan named Sandra, who is regarded a non-human person.

Case Study In The Absence

In The Absence< was created thanks to the proposal made by Field of Vision, a non-profit documentary production and distribution organization in the U.S. in 2016. Targeting the overseas audience, In The Absence put a significant effort into the editing process. The editing started in August 2017 and was finally finished in September 2018 after going through several rounds of discussions with its co-producers in the U.S., Field of Vision, to make revisions. Director YI Seung-jun and Field of Vision sent the edits back and forth and shared opinions on parts that are hard to understand from the context or cultural differences. Respecting the co-producers' opinion that showing enraged, wailing families of the victims does not suit the U.S. sentiment, YI boldly edited the shots out, giving a sense of calmness to the overall film.

In The Absence has been well- received around the world: the film won the grand jury prize for short competition in DOC NYC 2018, World Press Photo award for Digital Storytelling, and the Best Short Documentary at AFI Docs festival; was invited to screen at IDFA's Frontlight section; and nominated for Best Short at IDA Award 2019 and Best Documentary Short Subject at the Academy Awards in 2020.

Synopsis │ When the passenger ferry MV Sewol sank off the coast of South Korea in 2014, over three hundred people lost their lives, most of them schoolchildren. Years later, the victims’ families and survivors are still demanding justice from national authorities. 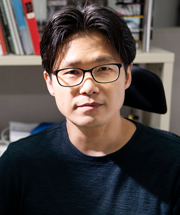 YI Seung-junSpeaker / Director
He has started to get into documentaries with The Land of Invisible War (1999). His works include Children Of God (2008) which won the NETPAC Award from the JEONJU IFF, Planet of snail (2011) which received IDFA Award for Best Feature-Length Documentary from the International Documentary Film Festival Amsterdam, Award Wind on the Moon (2014), Crossing Beyond (2018), and Shadow Flower (2019) which picked up the Best Documentary Award from the DMZ Docs. In the Absence (2018) was nominated for the 92nd Academy Awards. 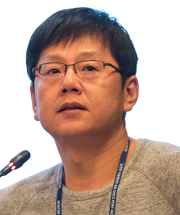 Gary Byung-seok KAMSpeaker / Producer
He produced films including Masterpiece: The Arch of Enlightenment (2019), Planet of snail (2011), Breathing Underwater (2016), In the Absence (2018), and Shadow Flower (2019). He has attended internatioal film markets and served as a mentor at workshops in Korea and many other countries like UK, India, China, and Indonesia. He is currently in production on several documentaries in Korea, India, Philippines, and Nepal.
Jeonju Office