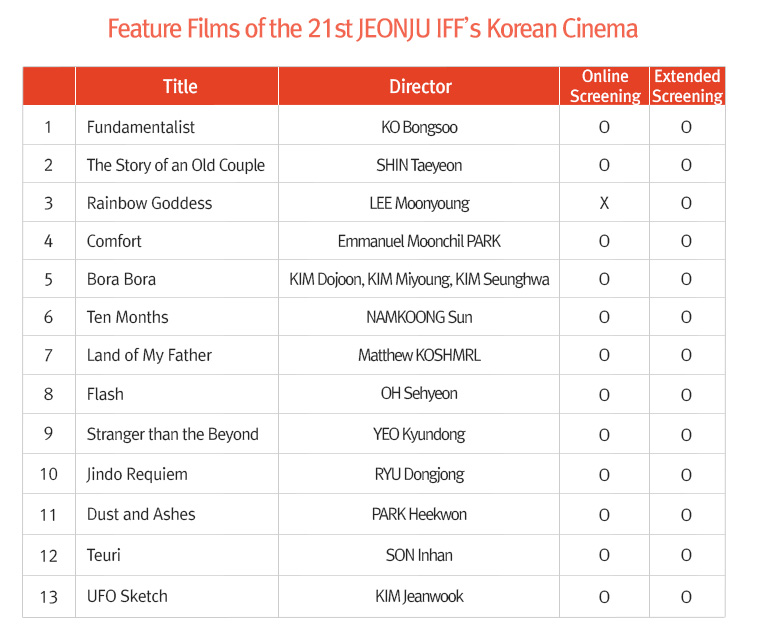 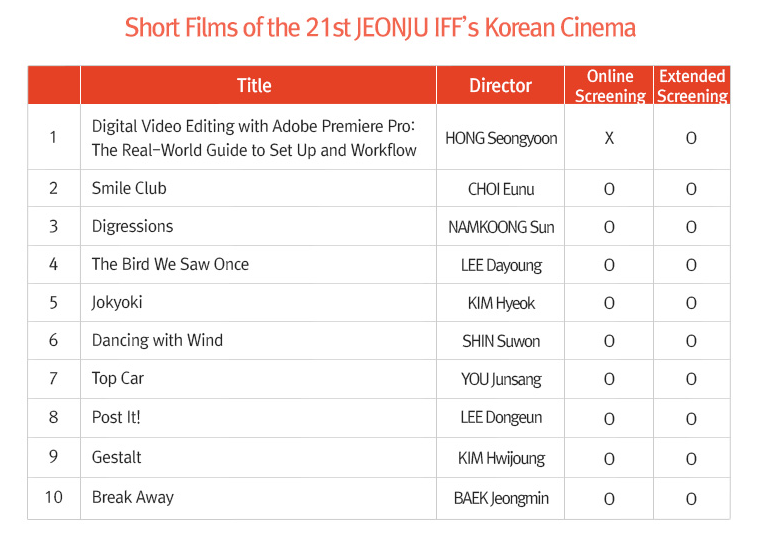 • 13 features and 10 shorts were invited to showcase today’s trends in Korean independent and art films
• A wide spectrum of narrative films to documentaries will be shown on stages and screens
• Programming includes new projects from returning filmmakers like YEO Kyundong, SON Inhan, and SHIN Suwon, as well as works by new directors like KO Bongsoo, NAMKOONG Sun, and LEE Dongeun

Korea Cinemascape was a section that introduced new works by directors with more than three films, while allowing us to see the trend in Korean independent and art films at a glance. For this year’s 21st festival, the section announced a new start into the next decade under its intuitive new section name, Korean Cinema.

Programmer MOON Seok said, “This year’s Korean Cinema titles draw out our painful realities and spotlight the trivial moments in our lives. Not only are these films diverse in subject matter, there are narrative films to documentaries, and films of different experimental formats that will be shown on the screen as well as the stage.” He added, “Please pay extra attention to the new works of established filmmakers like YEO Kyundong, SON Inhan, and SHIN Suwon, as well as films by young filmmakers like KO Bongsoo, NAMKOONG Sun, and LEE Dongeun who are making rapid progress.”

Of the 23 Korean Cinema titles, 12 feature films such as Fundamentalist, The Story of an Old Couple and Comfort, and 9 shorts, for a total of 21 titles, will be made available to screen on “wavve,” an OTT Platform. Meanwhile, all 23 Korean Cinema films will have screenings at the JEONJU Cine Complex for extended screenings from June 9 to September 20 where you can watch the films on the big screen.