The 22nd JEONJU IFF’s new slogan is “Film Goes On.” From the 18th edition for four years in a row, JEONJU IFF used the slogan “Cinema, Liberated and Expressed.” The change implies that Korea’s film industry is in a dire situation due to COVID-19. According to the Korean Film Council, South Korea’s film industry had shrunk by 63.6 percent year-on-year from January to October in 2020. The pandemic has also affected film productions and distributions with damage of KRW 32.9 billion and movie theaters with damage as high as KRW 1 trillion. Despite the steady growth throughout the IMF crisis and global financial crisis, Korea’s film industry is in the worst situation ever due to the COVID-19 pandemic.
Based on its persistent efforts to contribute to the development of Korea’s film industry by operating various programs, JEONJU IFF is determined to provide more ambitious and exceptional projects to help the industry overcome the current crisis. Under the slogan, “Film Goes On,” JEONJU IFF expects that Korea’s film industry will get over the crisis and return to normalcy. The festival makes every effort to hold this year’s edition, as normal, to present the normal festivity to every audience.

JEONJU IFF has used “J” as the initial and alphabet character to represent the festival since 2020.

The two large rectangles are adjusted to two screen aspect ratios—16:9 and 4:3. The two screens are connected with a thin but sturdy steel wire to embody the letter J. In short, the letter J represents a film projected on the screen that contains the story of the world. The symbol also captures the essence of JEONJU IFF’s new slogan, “Film Goes On.”

Besides, two rectangles refer to physical theater screen and digital device respectively. The design is intended to show our determination for the creative convergence of online and offline platforms that have brought about a new challenge and opportunity to the festival during the COVID-19 pandemic and beyond.

From the 22nd JEONJU IFF,
Film Goes On. 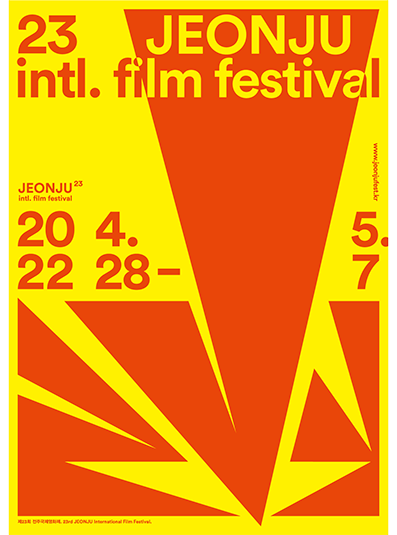 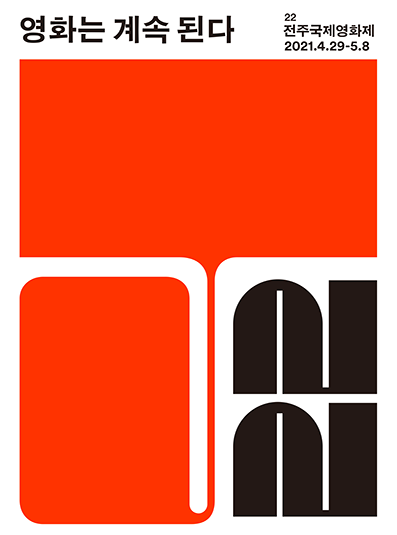