For the International Competition of JEONJU IFF this year, we invite ten titles by filmmakers who have directed one or two feature films in their career. Among them, we selected films that have never been screened in Asia. After a preliminary, we finally selected the following 10 titles to screen for this section.
First, a Moroccan film FINAL ROUND was selected this year after another Moroccan film was in the last edition of the JEONJU IFF. The film addresses questions regarding African refugees trying to reach Europe. This directorial debut of both of the directors, who are from Morocco and Spain, shines with the child actors’ splendid performance and an intense and dramatic pace of the film. BROKEN KEYS is the feature debut of Lebanese director Jimmy Keyrouz. It tells us a touching story of a piano player who never gives up his dream and music in a Syrian town destroyed by ISIS and the civil war. A beautiful score composed by Gabriel Yared completes the film.
Also selected for International Competition are All Light, Everywhere by Theo Anthony (USA) and Friends and Strangers by James Vaughan (Australia). All Light, Everywhere is an exceptional exploration of point of view and visual perception. Friends and Strangers is a surreal comedy-drama.
The rest of the titles are by female filmmakers, suggesting that they will keep making strides all over the world. First, The Calm After the Storm directed by Mercedes Gaviria is based on her own experience as she returns to Colombia after studying abroad and starts working for her father, the famous Víctor Gaviria. Her feelings for his father fluctuate between admiration and occasional confusion, leading them to reestablish the father-daughter relationship. Together, the film covers personal experience and memories, which may come across as the filmmaker’s diary or personal recount. Argentine filmmaker Natalia Garayalde’s Spinsters also covers her personal memories and wounds with her analysis on the explosion of the munitions plant, which happened in her hometown in November 1995. It destroyed the town, leaving the life of its residents miserable. Then, the 12-year-old director recorded the explosion using the family video camera. After over 20 years, she discovers these footages and uses them to look back on the tragedy, which is yet to be clarified. The Goldfish: Dreaming of the Sea, a feature debut of actor and filmmaker Ogawa Sara from Japan, talks about family. Hana, a high school girl who lives in a foster family, discovers what family means as she takes care of a girl who recently moved into a foster home. STOP-ZEMLIA, the first film by Kateryna Gornostai from Ukraine, navigates with her unique perspectives the turbulence of adolescence by a story of a shy high school girl, Masha, and her classmates. Landscapes of Resistance traces the life of 97-year-old Sonja, one of the first female partisans of Yugoslavia during World War II. Ste. Anne is an experimental film set around the Métis Nation of Ontario, Canada. In this section, we will meet zestful films by young and ambitious filmmakers from a range of genres. 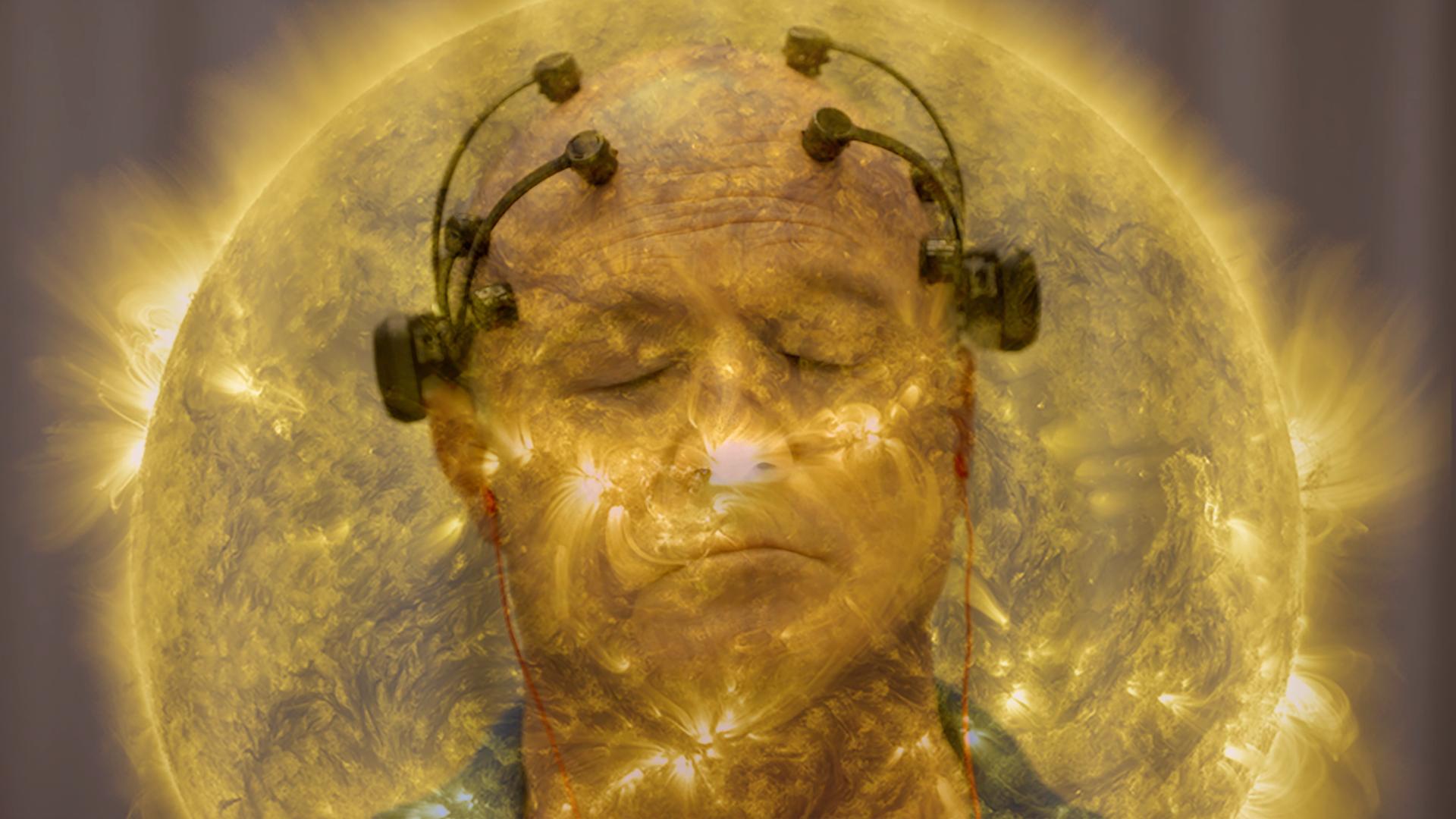 All Light, Everywhere is an exploration of the shared histories of cameras, weapons, policing, and justice. As surveillance technologies become a fixture in everyday life, the film interrogates the complexity of an objective point of view, probing the biases inherent in both human perception and the lens.
DirectorTheo ANTHONY
USA 2021 109min DCP color Documentary 12 Asian Premiere
Asian Premiere
Online 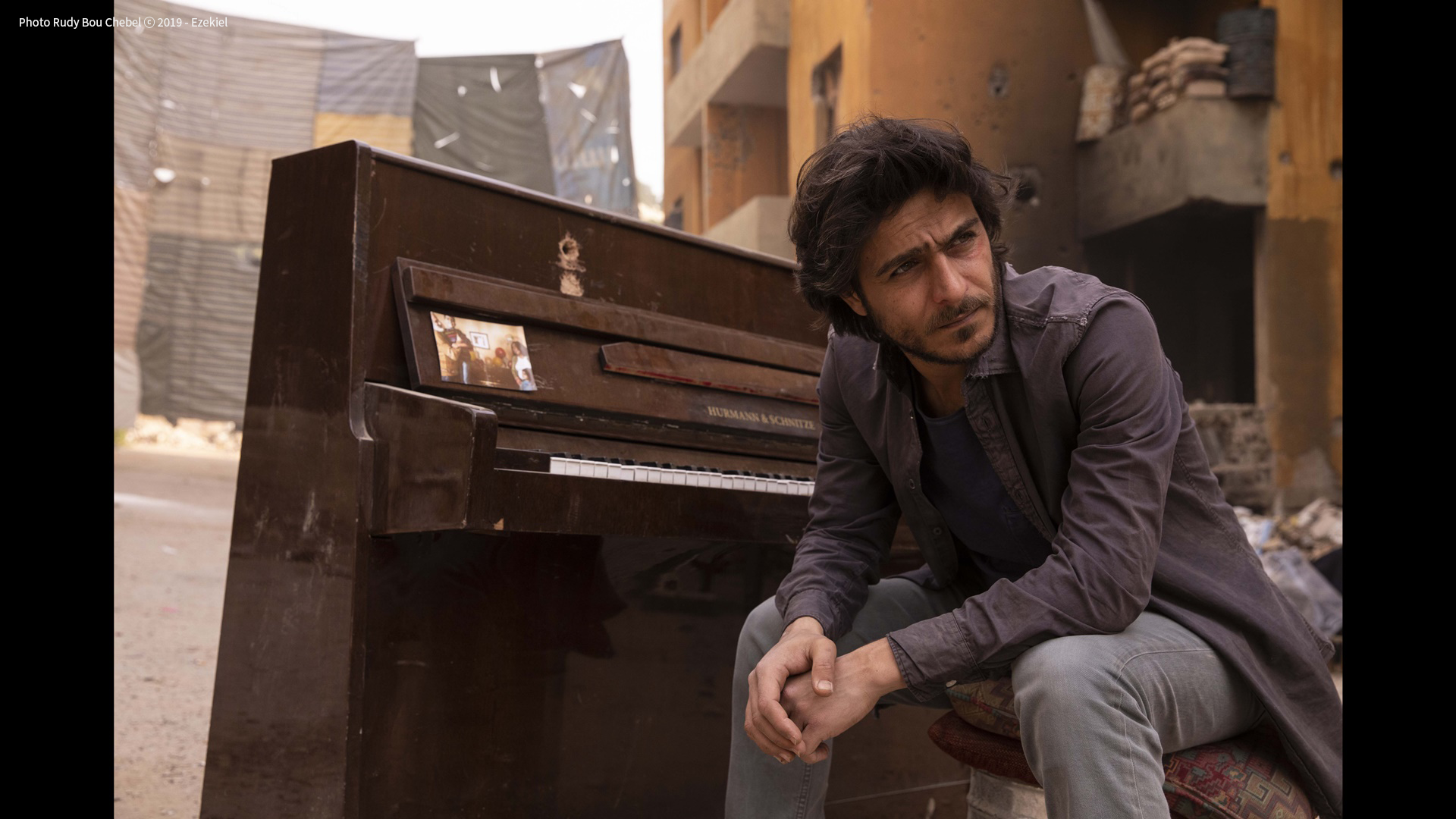 Karim, a musician, needs to sell his most precious possession to leave Syria and only has thirteen days to do it. As he wraps the instrument, a terrorist leader bursts into the apartment and destroys it.
DirectorJimmy KEYROUZ
Lebanon 2020 111min DCP color Fiction 12 Asian Premiere
Asian Premiere 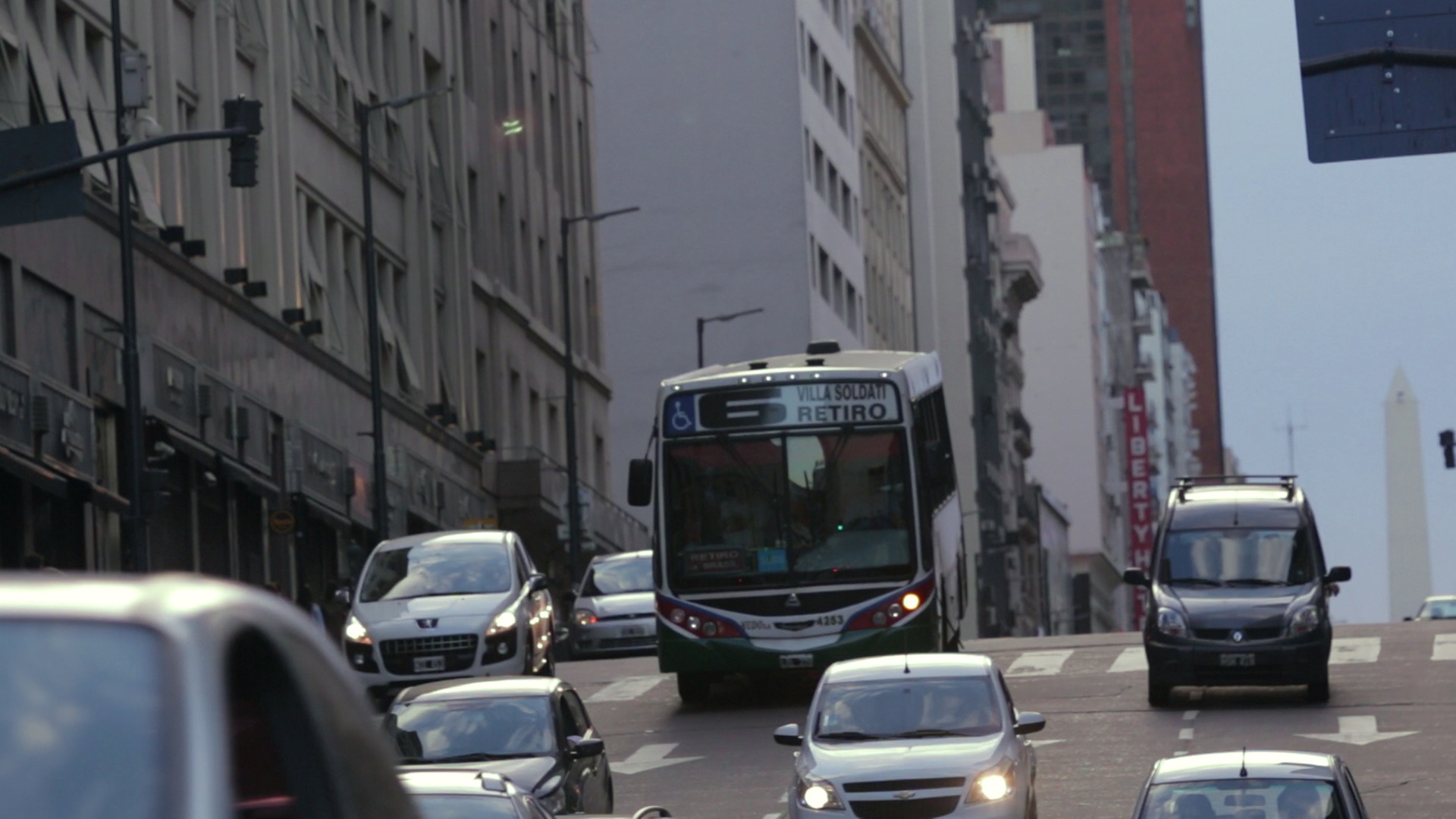 The Calm After the Storm

Mercedes returns to her city to join her father who makes his film. In the encounter of her father’s cinematic perspective that she can share, her mother’s silence, and her brother’s stubbornness, Mercedes embraces her family’s endless contradictions.
DirectorMercedes GAVIRIA
Colombia, Argentina 2020 74min DCP color Documentary G Asian Premiere
Asian Premiere
Online 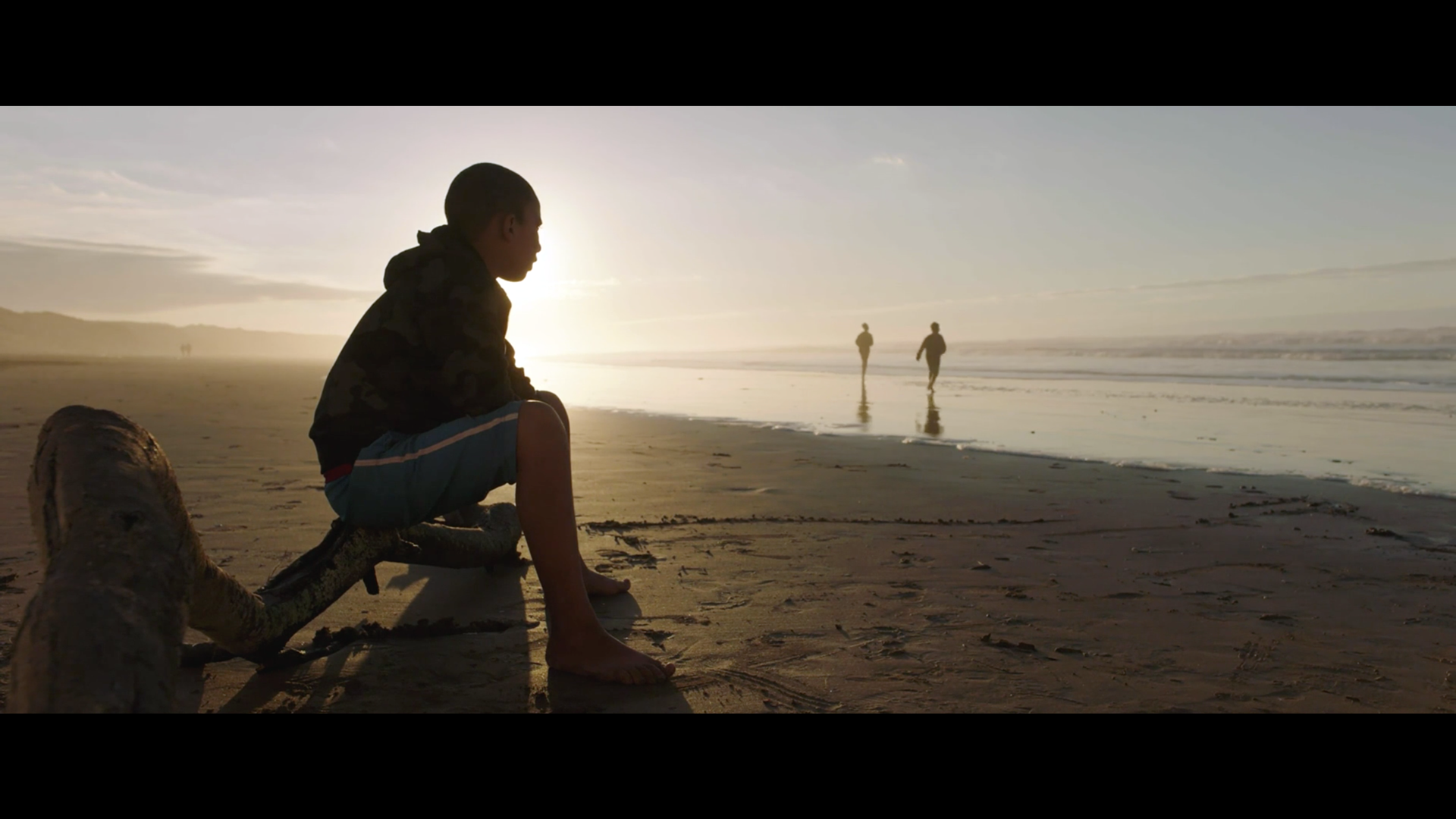 Rashid is a young teenager who survives in Morocco by boxing in clandestine fights. His aim is to raise enough money to pay a smuggler, who he hopes will help him and his two friends cross the Strait of Gibraltar.
DirectorMohamed FEKRANE, Gustavo CORTÉS BUENO
Belgium, Morocco, Spain 2020 80min DCP color Fiction G World Premiere
World Premiere
Online 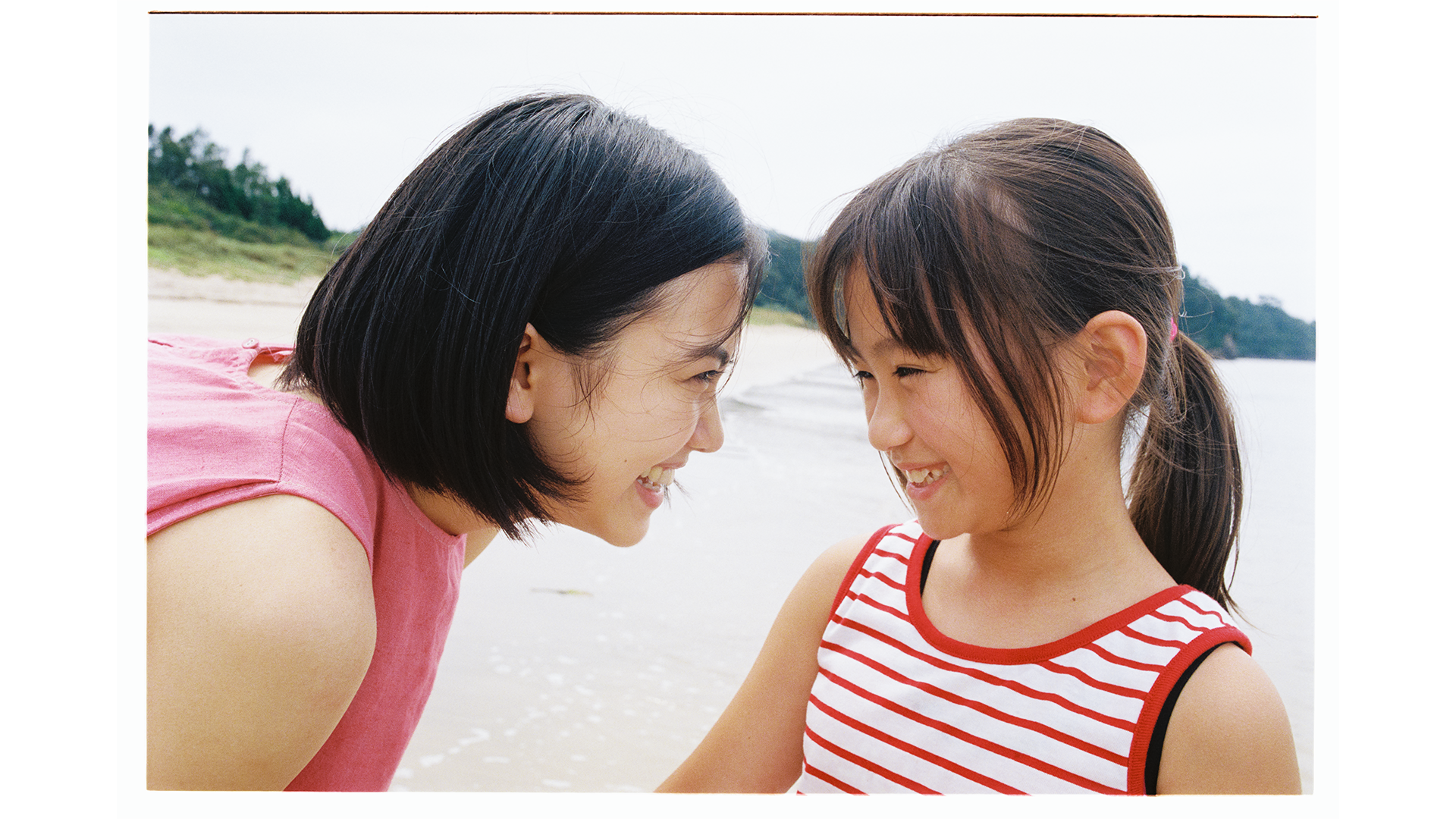 The Goldfish: Dreaming of the Sea

Hana is an 18-years-old girl who lives in a foster home. At the age of 18, she is about to leave the facility. Then, an 8-years-old girl, Harumi, enters the foster home. Identifying her past self with Harumi, some feelings she never had before well up in her heart.
DirectorOGAWA Sara
Japan 2020 77min DCP color Fiction G International Premiere
International Premiere
Online 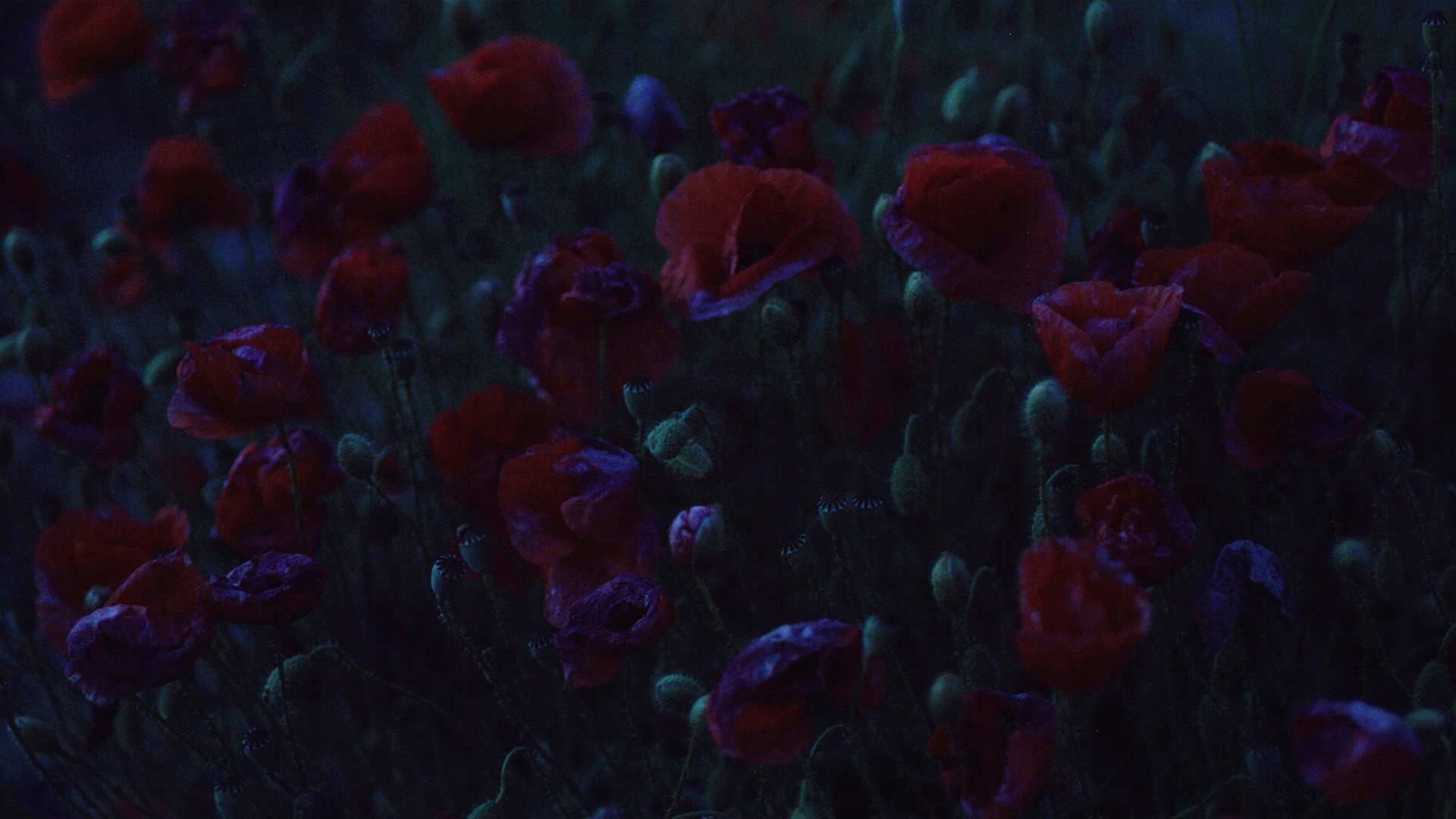 Landscapes of Resistance traces a journey through the memories of antifascist 97-year-of fighter Sonja, one of the first female partisans in Yugoslavia, who was also one of the leaders of the Resistance movement at Auschwitz. We make her story travel through time towards the bodies of the new generation of antifascists, bespeaking that it is always possible to think and practice resistance.
DirectorMarta POPIVODA
Serbia, France, Germany 2021 95min DCP color Documentary G International Premiere
International Premiere
Online 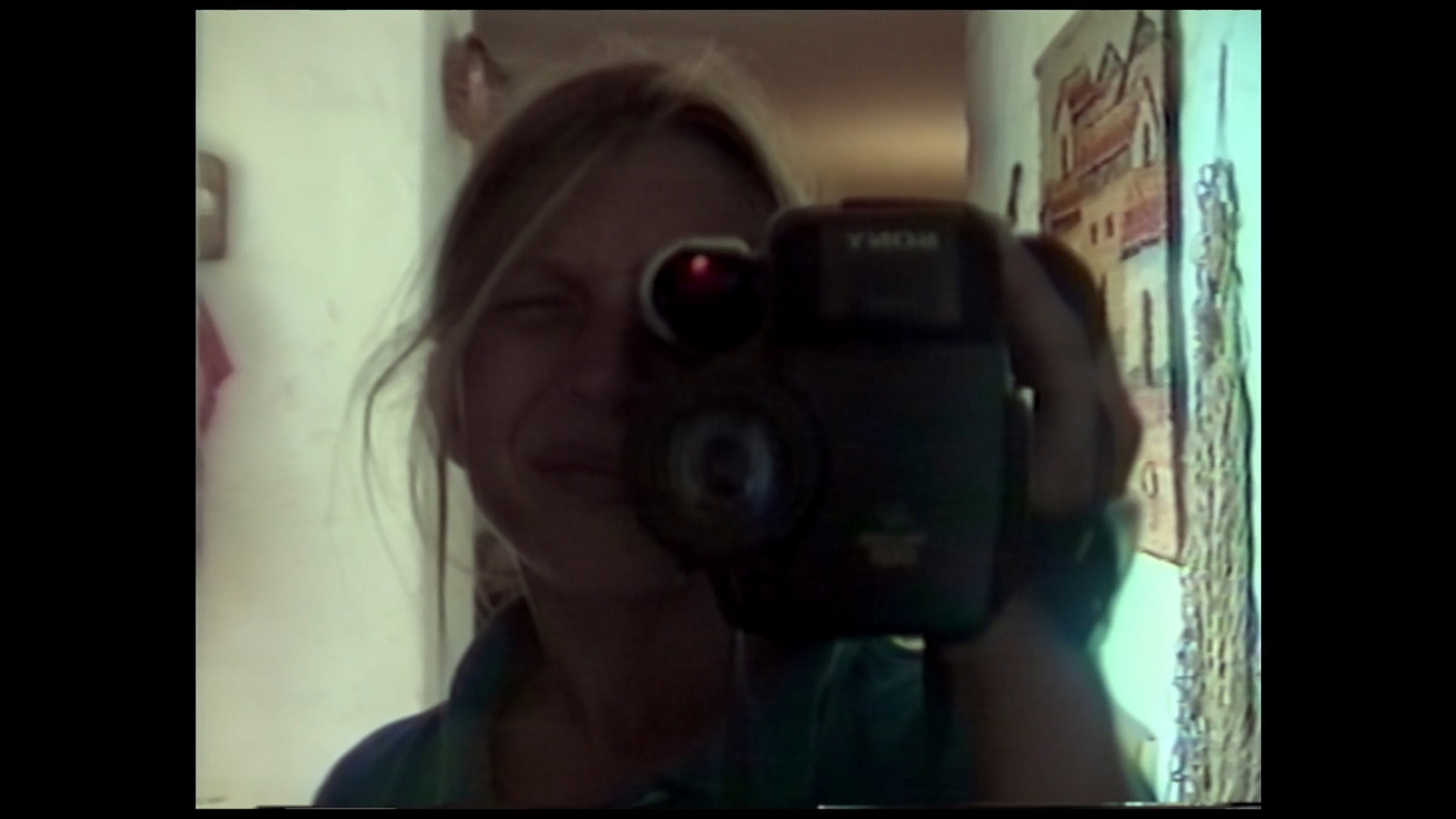 On November 3, 1995, the emblematic industry of my hometown, Río Tercero Military Munitions Factory exploded. Thousands of shells were fired against the city that had produced them. I was 12 years old, and while I was trying to escape from the blast, I recorded the devastation of my hometown with a video camera. Twenty years later I found those tapes. The threat of the industrial and military sector is still persistent at the present time.
DirectorNatalia GARAYALDE
Argentina 2020 69min DCP color/b&w Documentary G Asian Premiere
Asian Premiere
Online 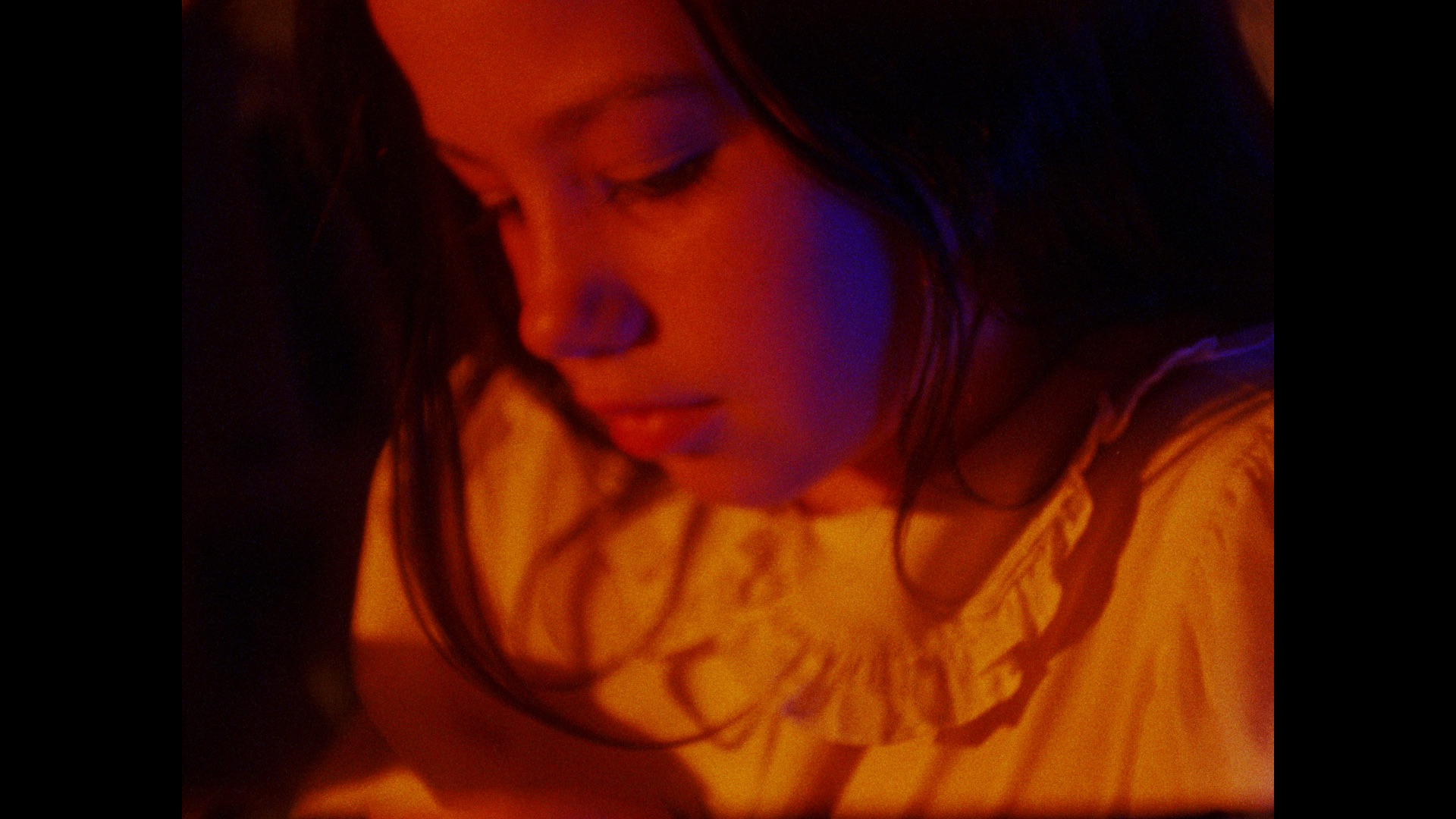 As a party wanders into the night, word arrives that Renée has emerged from obscurity. This cataclysmic moment ignites Modeste’s awkward reunion with his older sibling. Renée has been missing for years and her presence unsettles the family, which also includes her own daughter, Athene. As Renée begins to form her dreams from fragments of her past, ominous premonitions disrupt the land. Shot over two years, Ste. Anne traces an allegorical reclamation of land through personal, symbolic, and historical sites all across Treaty 1 Territory, the heartland of the Métis Nation.
DirectorRhayne VERMETTE
Canada 2020 80min DCP color Experimental G Asian Premiere
Asian Premiere
Online 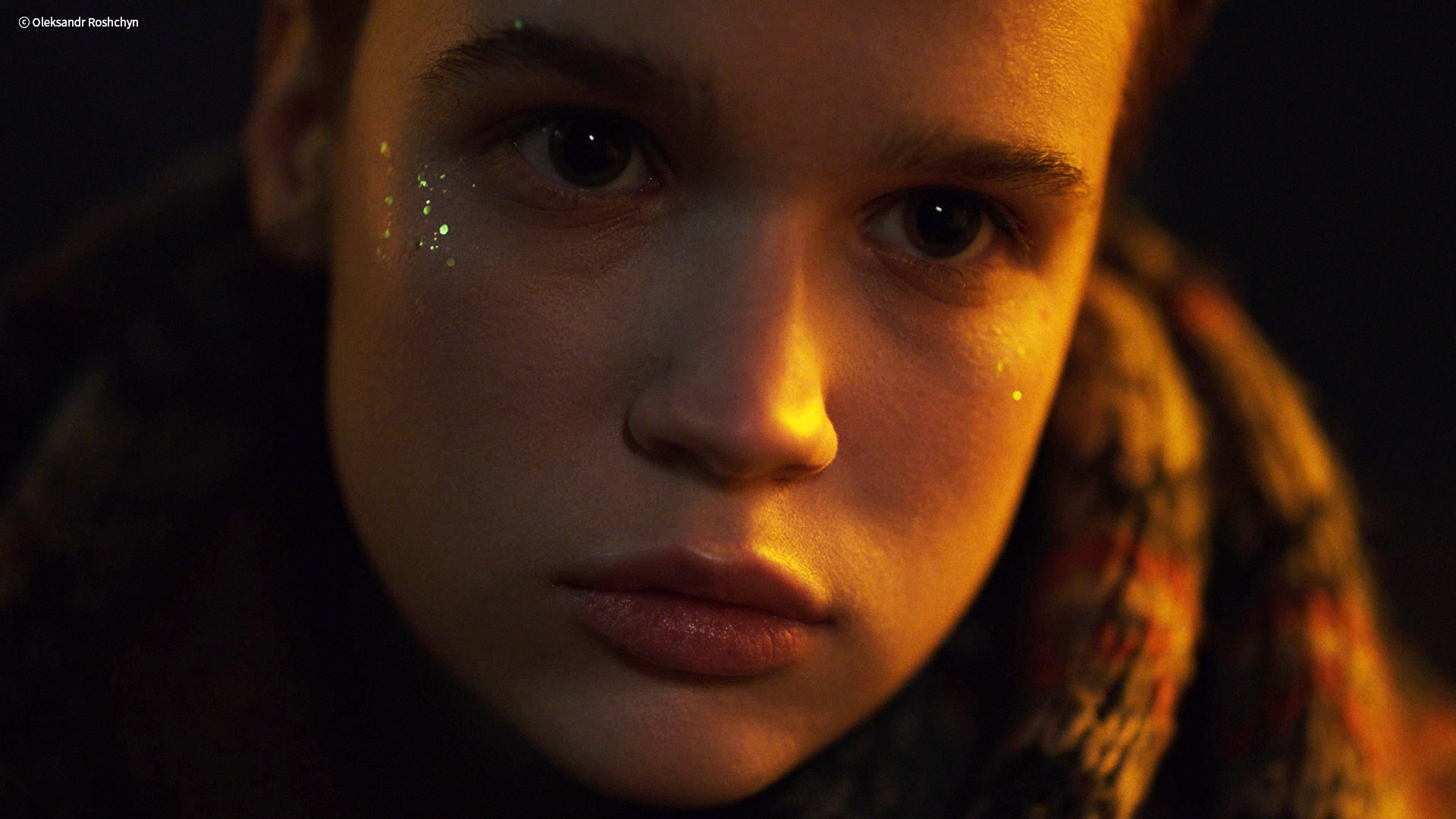 An introverted high-school girl Masha sees herself as an outsider unless she hangs around with Yana and Senia who share her non-conformist status. While she is trying to navigate through an intense time of the pre-graduation year, Masha falls in love that forces her to leave her comfort zone. A deeply personal story about self-discovery and the patience it requires.
DirectorKateryna GORNOSTAI
Ukraine 2021 122min DCP color Fiction 15 International Premiere
International Premiere
Online
Sponsor