JEONJU Cinema Project is a signature program of the JEONJU IFF that supports investment and feature film production with a new perspective. It is an active attempt to meet the spirit of the times and a program that reveals the identity of the JEONJU IFF to present a new vision within the dynamics of the film industry and aesthetics. This year, three new films will be introduced – HUG by Im Heung-soon, Outside Noise by Ted Fendt, and The Man with High Hopes by Min Hwan-ki.
HUG by Im Heung-soon is a project that starts with the question of how filmmakers are doing in this pandemic situation. Director Im, an artist and known for documentaries such as Factory Complex and Things That Do Us Part, listens to the stories of the filmmakers on how they are spending this period. Images filmed by various filmmakers around the world, personal stories, and their dreams were reconstructed into a single film. It is a work that allows one to see the reality and unconsciousness of filmmakers during the pandemic situation. We hope that by the time this film is released, we will be able to meet face-to-face and greet them with a hug.
Outside Noise by Ted Fendt is a film depicting the random relationships of young people who live in the city like a nomad in the digital age. Although Fendt is a young artist, he is a director with professional artisanship. He completed most of his work by hand using a 16mm camera and film. His films occupy a niche of their own as he only employs a small number of staff and creates their own small world during the production. From the perspective of continuing alternative and independent work, it can be said that this director aligns with the identity of JEONJU IFF.
The Man with High Hopes by Min Hwan-ki is a documentary about the beliefs and philosophy consistently pursued by the late politician Roh Hoechan, who never gave up his dream and devoted his life to progressive politics. This film highlights the unique viewpoint of Director Min, who established his presence with his camera that observed the creative worldview and the power onset in the history of Korean independent films through various documentaries and experimental films. We hope that this film will provide a small hope and a sign in this age of uncertainty.
JEONJU Cinema Project has supported independent and alternative films, and films with artistic ambition despite their low budgets. We will continue to discover more diverse voices through active attempts to meet the spirit of the times.

[Digital Short Films by Three Filmmakers - JEONJU Cinema Project]
JEONJU Cinema Project, which inherits the direction of Digital Short Films by Three Filmmakers started with the launch of the festival in 2000, has supported different perspectives of up-and-coming contemporary directors and innovative attempts. Back in 2000, Digital Short Films by Three Filmmakers was an omnibus film project that invited up and coming contemporary directors to produce one feature film each year using a new technology called ‘digital’ and a format called ‘short.’ Since it has expanded the horizon of film aesthetics with the involvement of European and Asian master directors including Clarie Denis, Bong Joon-ho, Apichatpong Weerasethakul, it has made great contribution for JEONJU IFF to establish its identity not only as a venue for introducing various films but also as a producer of creative films.
In 2014, a new era emerged with the production of feature films. Over the past six years, it supported 21 domestic and international independent art films including Korean films Alive by Park Jungbeom, The Avain Kind by Shin Younshick, Snow Paths by Kim Hee-jung, Our President by Lee Chang-jae, The First Lap by Kim Dae-hwan, Winter’s Night by Jang Woo-jin, Shades of the Heart by KIM Jong-kwan and foreign films Free Fall by György Pálfi, El Movimiento by Benjamin Naishtat, The Decent by Lukas Valenta Rinner, Nona. If They Soak Me, I’ll Burn Them by Camila José Donoso, The Play by Alejandro Fernandez Almendras, and Isadora’s Children by Damien Manivel. 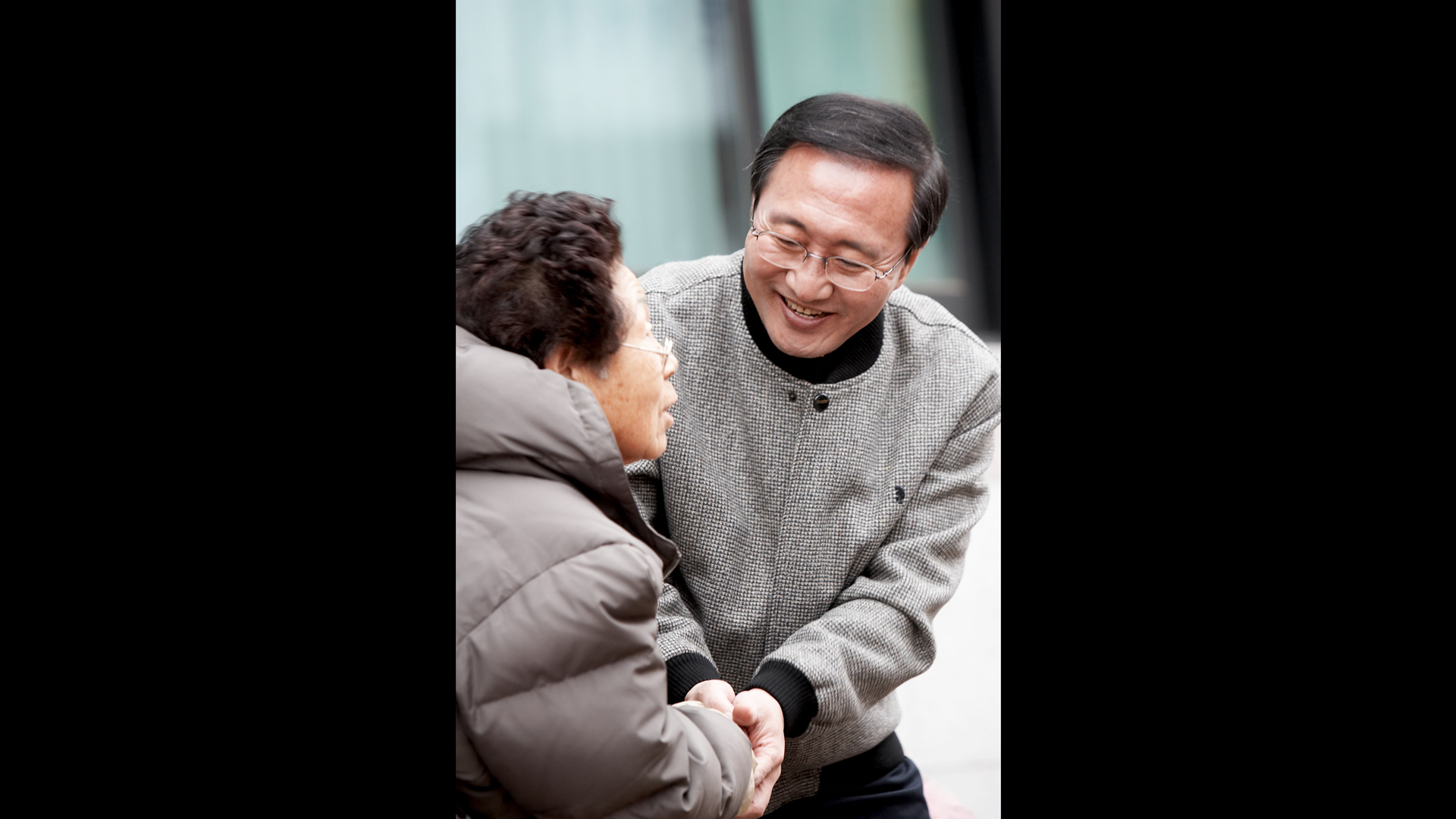 The Man with High Hopes

A life story of a man named Roh Hoechan who practiced progressive politics without taking a rest in order to make the same between dream and reality, and chose the exhausting way due to his ground that he couldn’t give up respect and faith toward human dignity.
DirectorMIN Hwan-ki
Korea 2021 180min DCP color Documentary G World Premiere
World Premiere 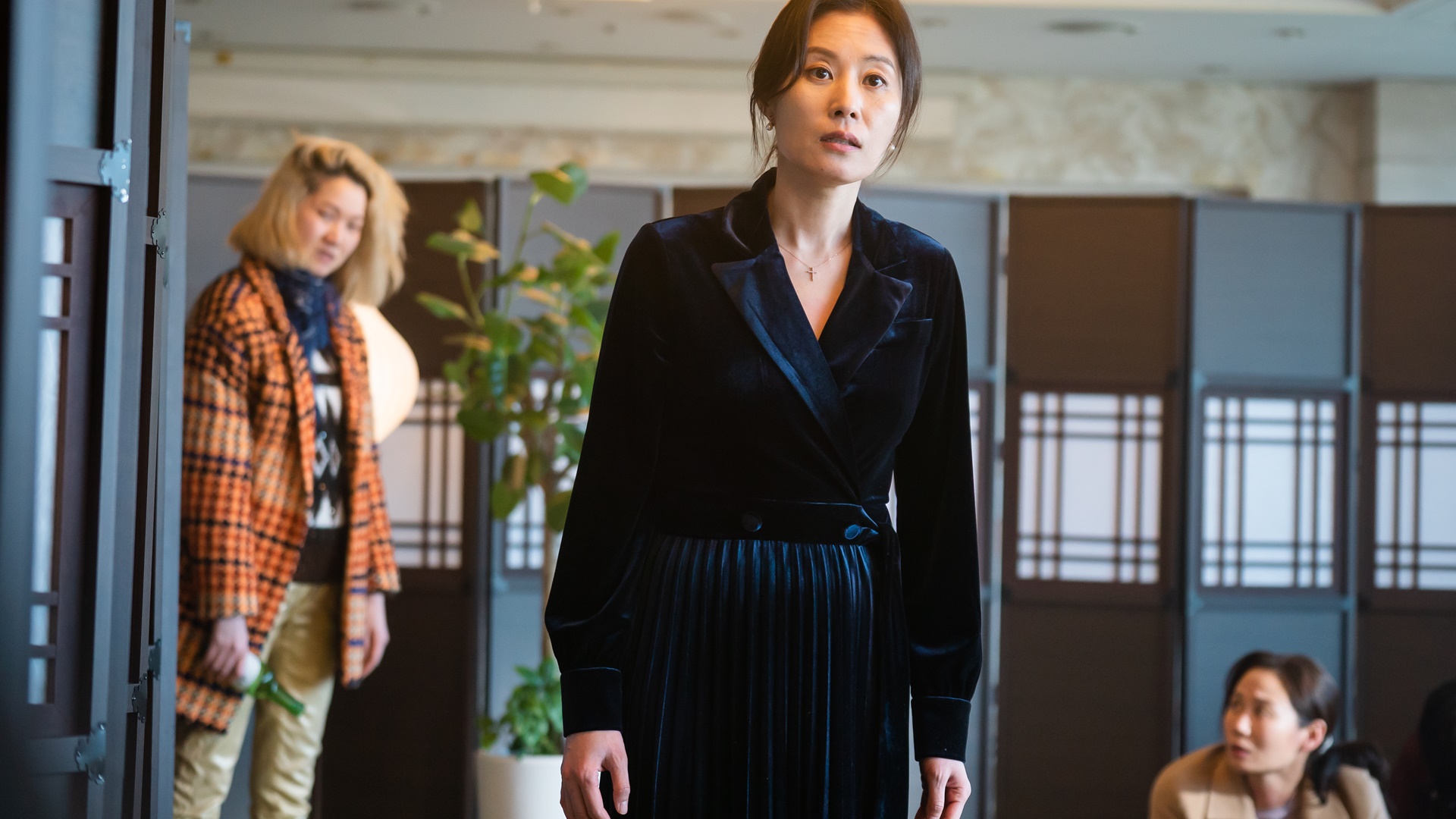 My dear messed-up sisters, why did we all end up like this?
The three sisters are struggling with their own problems. Heesook, Mrs. Sorry, is neglected by her family. Miyeon, Mrs. Devout, witnesses her husband having an affair. And Mi-ok, Mrs. Hysteric, is just weird, always drunk and frustrated with life. The sisters are going to gather for their father’s birthday. What will happen? We will see when the day comes.
DirectorLEE Seungwon
Korea 2020 115min DCP color/b&w Fiction 15 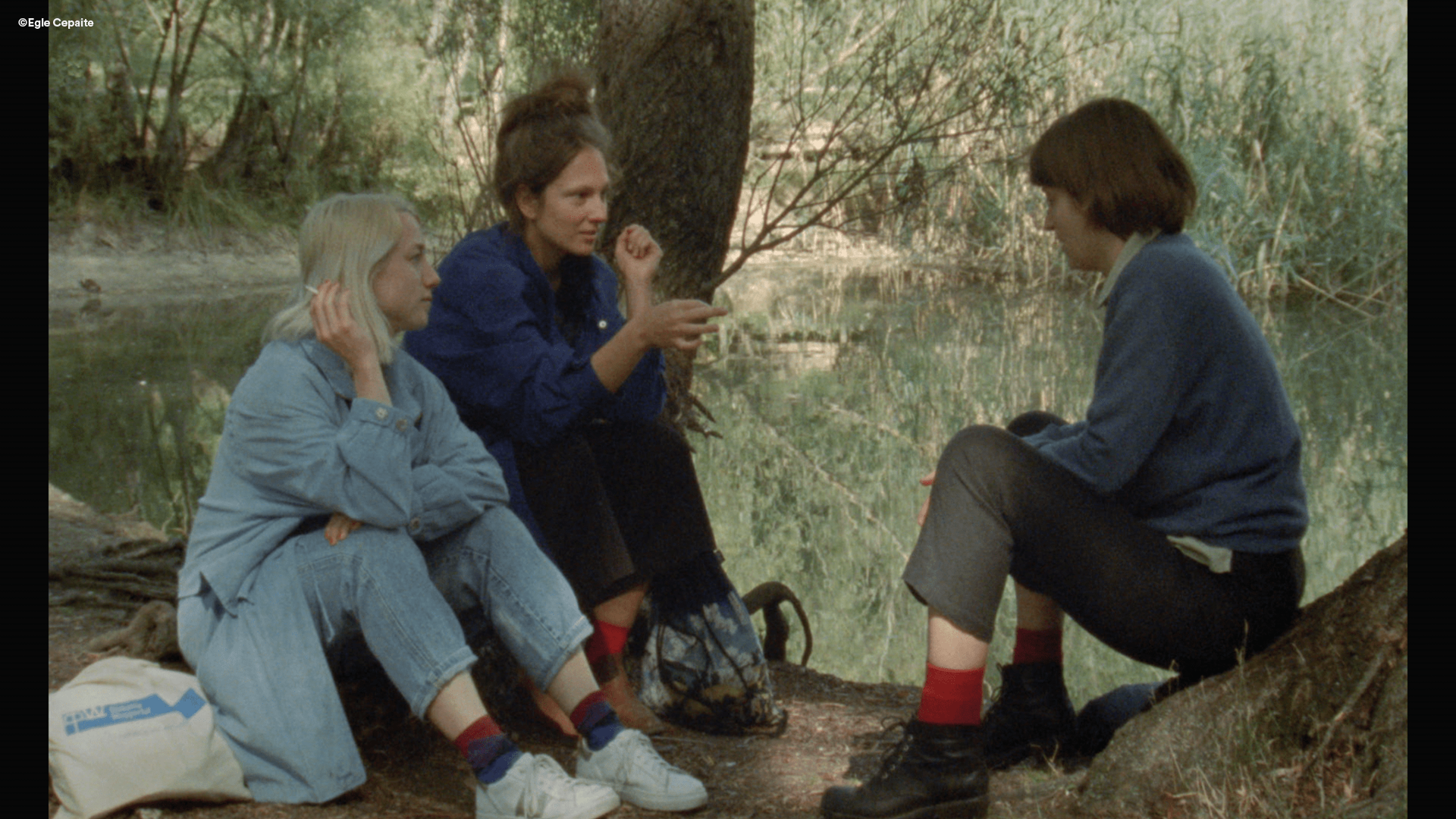 Daniela is unsure about what to do next and where to live. Mia is finishing a master’s degree that she spontaneously started. Along with Natascha, another friend thinking of moving to Vienna, they wander around and talk. An insomniac’s hang-out film.
DirectorTed FENDT
Germany, Korea, Austria 2021 61min DCP color Fiction G World Premiere
World Premiere
Online 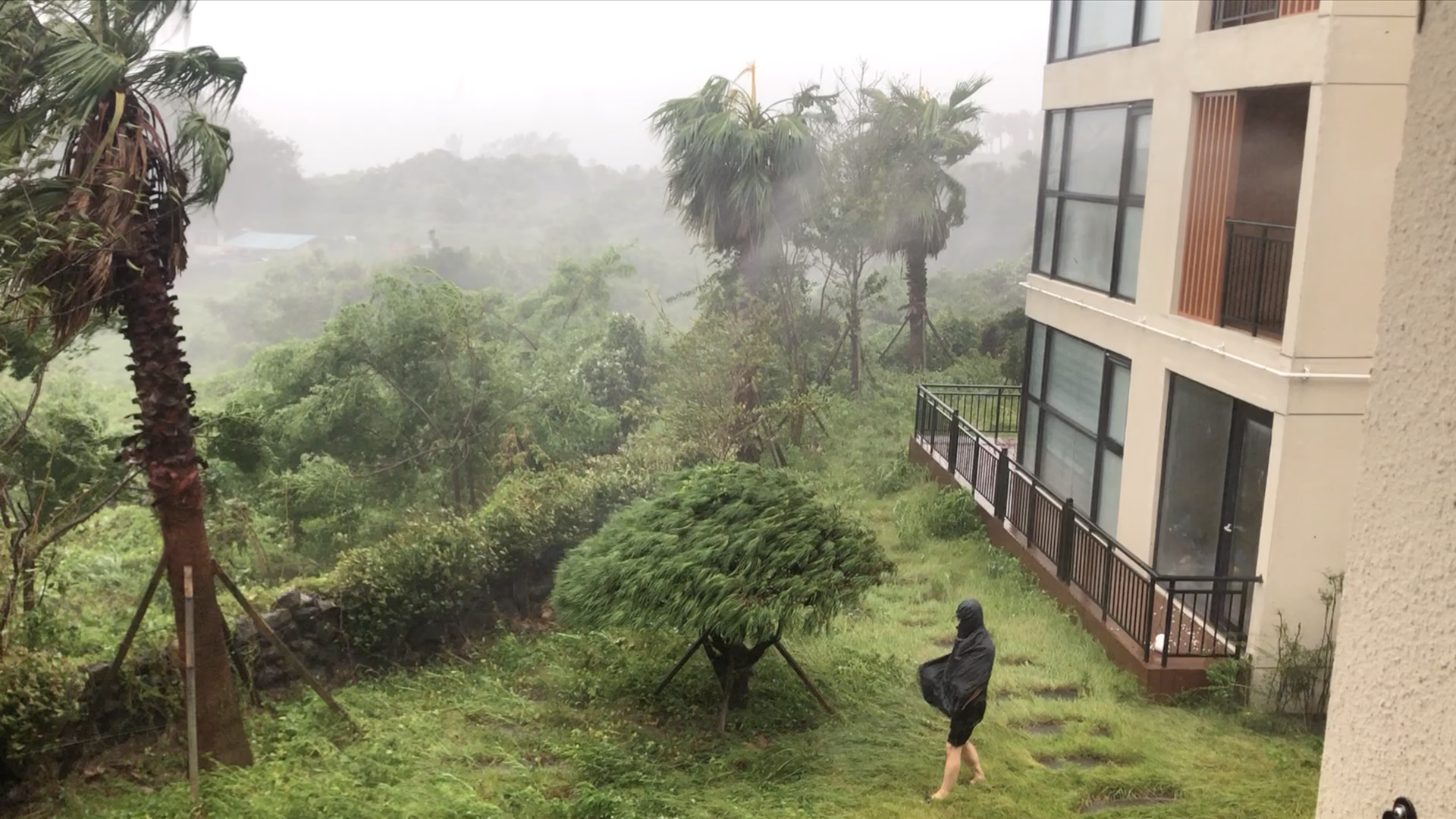 The bride and groom kiss at the wedding hall. Not all the guests are wearing masks. A, who is in a field of film, reckons it strange, and then B, a friend of A, tells him the pandemic has been completely over and asks A how could not know it. At that moment, A wakes up from his dream. The situation never ends up, and the world heads toward an unpredictable future for a new life.
DirectorIM Heung-soon
Korea 2021 75min DCP color/b&w Documentary 12 World Premiere
World Premiere
Online
Sponsor