Frontline section was not active for the 21st edition of JEONJU IFF, but it comes back this year. Contrary to the Expanded Cinema section, which focuses on films with new formats of cinematic expression, Frontline focuses on films with controversial issues raising questions and arguments, showing innovative, daring styles of filmmaking.

This year, we have chosen eleven titles with diverse topics ranging from personal experiences, environmental and community crisis, and history. In particular, we have chosen two titles about the Umbrella Movement for democracy in Hong Kong, Taking Back the Legislature and Inside the Red Brick Wall. It is worthwhile to note that countless journalists and documentary filmmakers collaborated to create them. A Distant Thud In The Jungle depicts a crisis in the forest of Papua New Guinea. A distant town in the rainforest attracts a powerful US oil company Exxon Mobil, which wanted to develop the area and build a natural gas plant there. Blinded by money, politicians become corrupted and villagers make the worst decisions, making voiceless, powerless common people suffer the most. French filmmaker Céline Rouzet shows the unfiltered, raw take on this modernization frenzy.
PEBBLES is set in Arittapati, a poverty-stricken village in Southern India. It follows a violent father and his little son, who cannot escape poverty and live in a deconstructed family and as victims of learned helplessness. Director Darío Doria questions Argentina’s view and legalization of abortion in Vicenta, which follows how Vicenta and his 19-year-old daughter with a developmental disability cope with her pregnancy from rape by her uncle. THE FROGS, also an Argentine title, shows the strenuous lives of young women whose boyfriend or husband is in prison. They visit the prison once every week to provide the prisoners things that are not available in prison, such as food, drug, and cellphone, among others. The Silent Forest is a fiction based on a sexual abuse scandal at a school in Taiwan with about 300 victims and offenders. Although it tells a very disturbing tragedy, it tells about something we need to be aware of and something that needs to be prevented in advance.
Radiograph of a Family uniquely interweaves stories concerning personal and public in Iran, where conflicts continue between tradition and modernization. War and Peace is co-directed by two Italian filmmakers, who reflect upon the representation of wars in the past and the present. Old films exemplify the past. Records made possible by technological innovation exemplifies the present. Viewers may find War and Peace an extraordinary title. Speaking of extraordinariness, we cannot leave Last Words unmentioned. Filmmaker and activist Jonathan Nossiter argues in Last Words that films serve as a critical cultural movement and real life changer.
To summarize, Frontline titles include films with a wide range of topics, including titles that may come across as radical or even horrifying. Not all titles might feel beautiful and sophisticated. Some will certainly lead us to the inconvenient, uncomfortable, or raw. However, by watching such titles, the viewers will meet those who stand at the “Frontline,” whether they are individuals, families, and any social group members. This might explain why the Frontline titles deliver such high-intensity emotions. 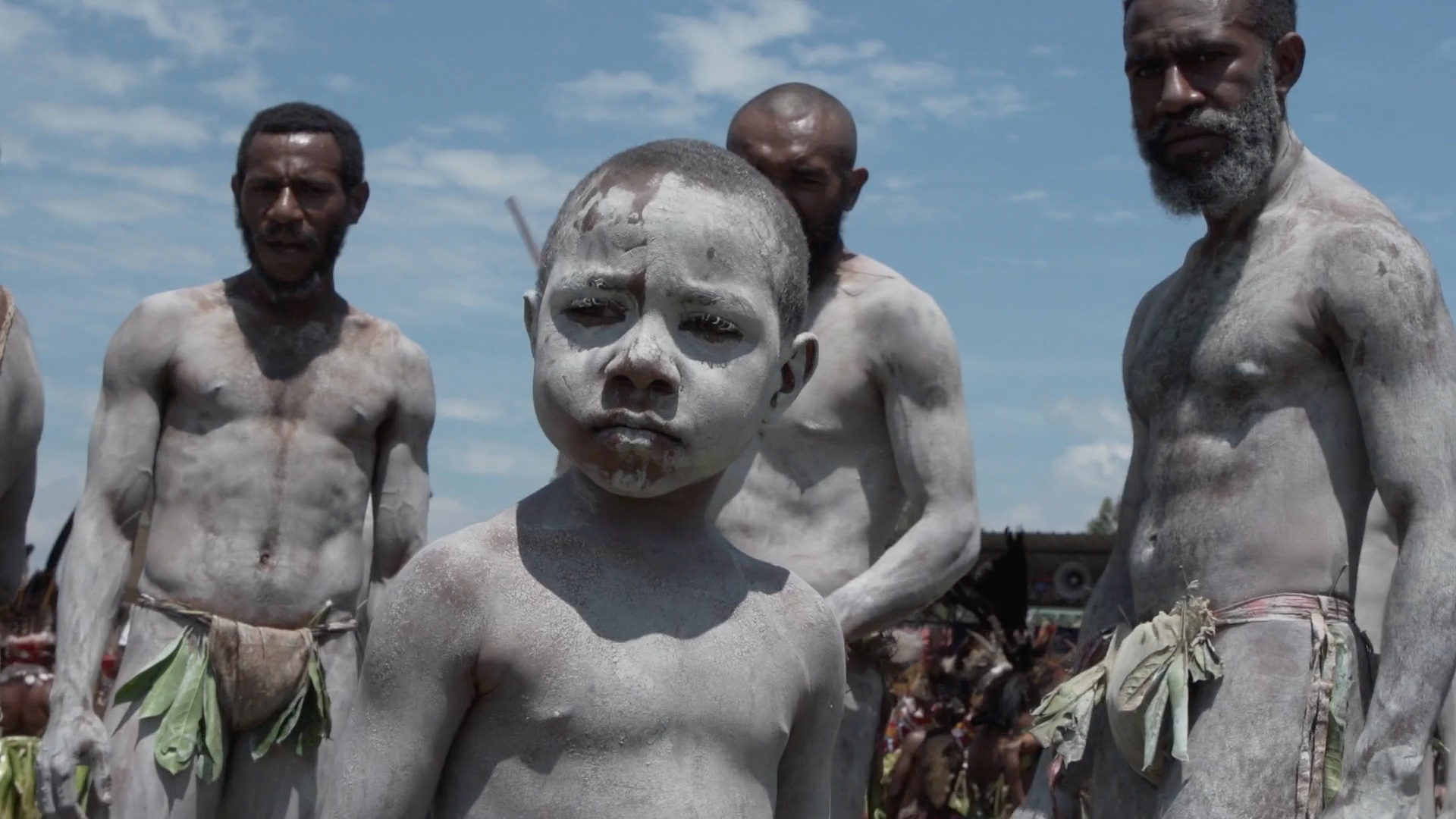 A Distant Thud In The Jungle

In the heart of Papua New Guinea, the Highlands, which attract tourists in search of exoticism, has also attracted foreign oil companies. This is where tribes who are paid to dance gather every year and the place where a Huli family and their clan in their quest for modernity have agreed to sell their land to ExxonMobil. But the money never comes. Caught between rival tribes, greedy politicians, and one of the world´s most powerful multinationals, they realize their land is being stolen from under their feet. A world quietly disappears while only a few kilometers away tourists take snapshots of dances that have become meaningless.
DirectorCéline ROUZET
France, Belgium 2021 86min DCP color Documentary 12 Asian Premiere
Asian Premiere
Online 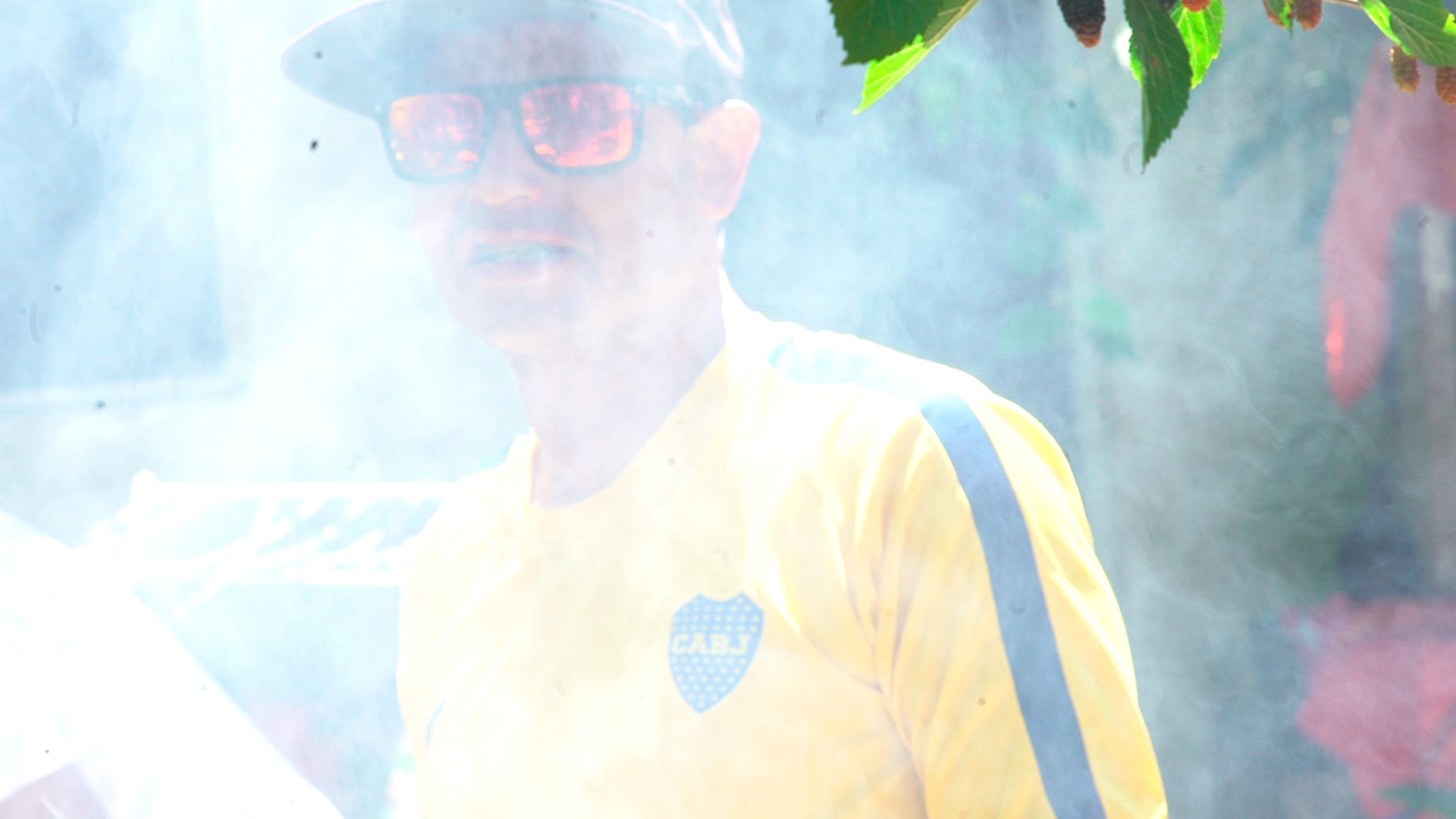 A 22-year-old girl and a 23-year-old boy are both from the suburbs. She’s a peddler while he’s locked up in a prison for house burglary. Jail visits, love, and sex are mixed in the big Buenos Aires. THE FROGS portraits a woman who searches for love inside the jails, behind the bars.
DirectorEdgardo CASTRO
Argentina 2020 77min DCP color Documentary 18 Asian Premiere
Asian Premiere
Online 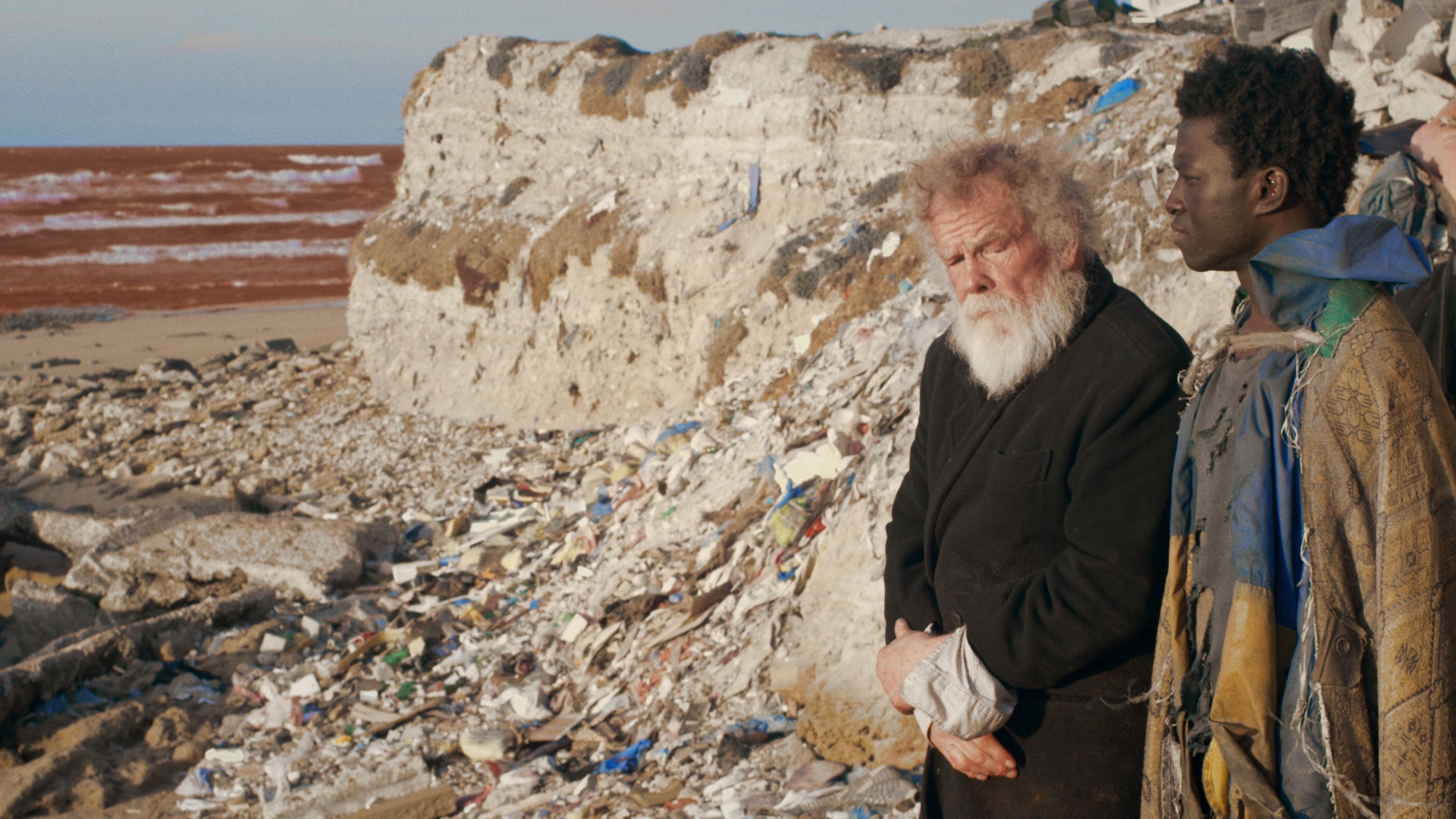 What if the last five people on earth in 2085 found joy and delight? Last Words is a story of astonishing human tenderness and creativity in the face of ecological catastrophe.
DirectorJonathan NOSSITER
France 2020 127min DCP color/b&w Fiction 18 Korean Premiere
Korean Premiere
Online 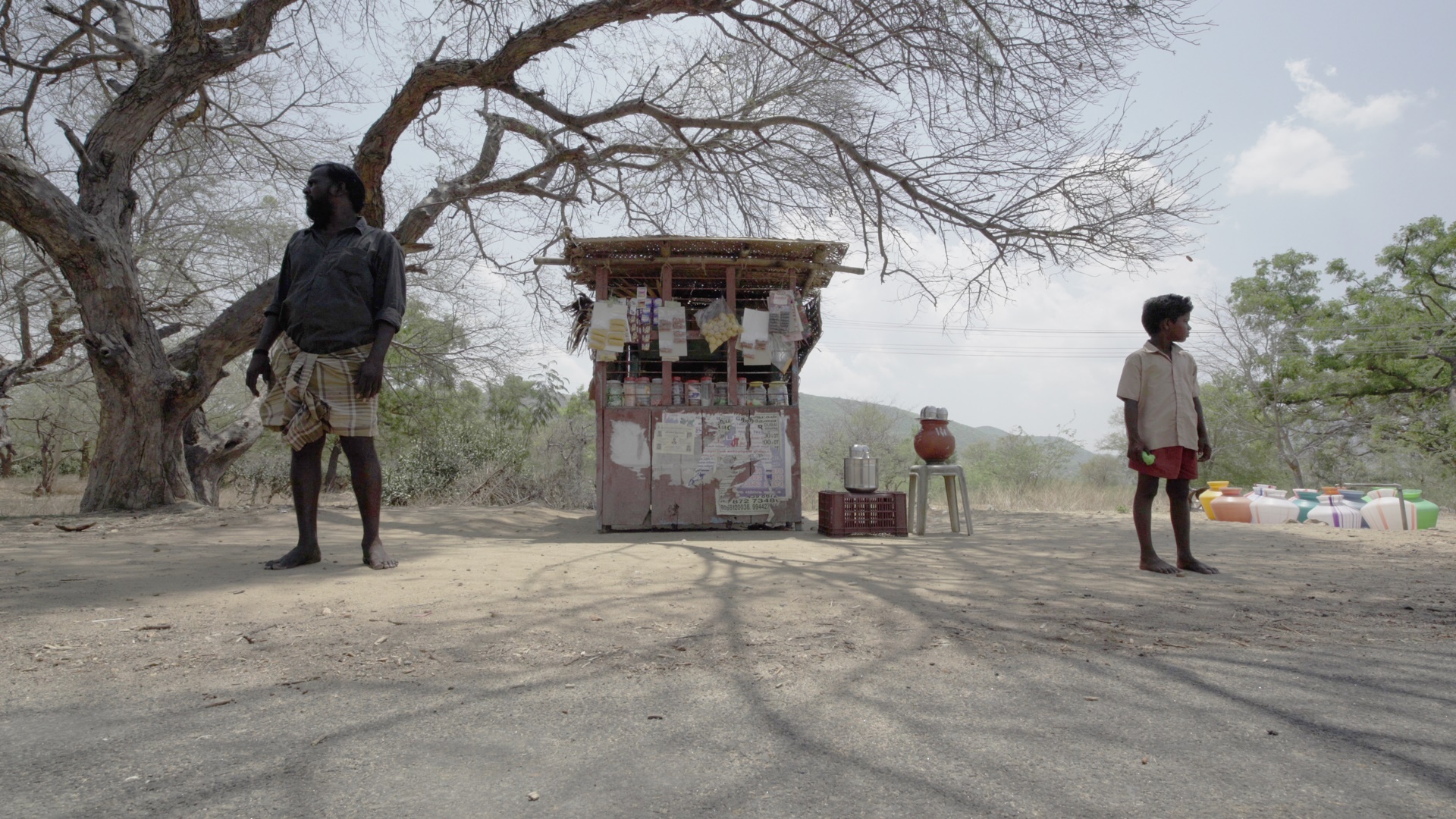 An alcoholic wife-beater embarks on a journey, dragging his young son along to fetch back his wife whom he had chased away. This journey is fraught with the sweat and smudge of the deserted terrain where the land and human emotions lay brazenly palpable in the scorching heat.
DirectorP.S. Vinothraj
India 2021 74min DCP color Fiction 12 Asian Premiere
Asian Premiere
Online 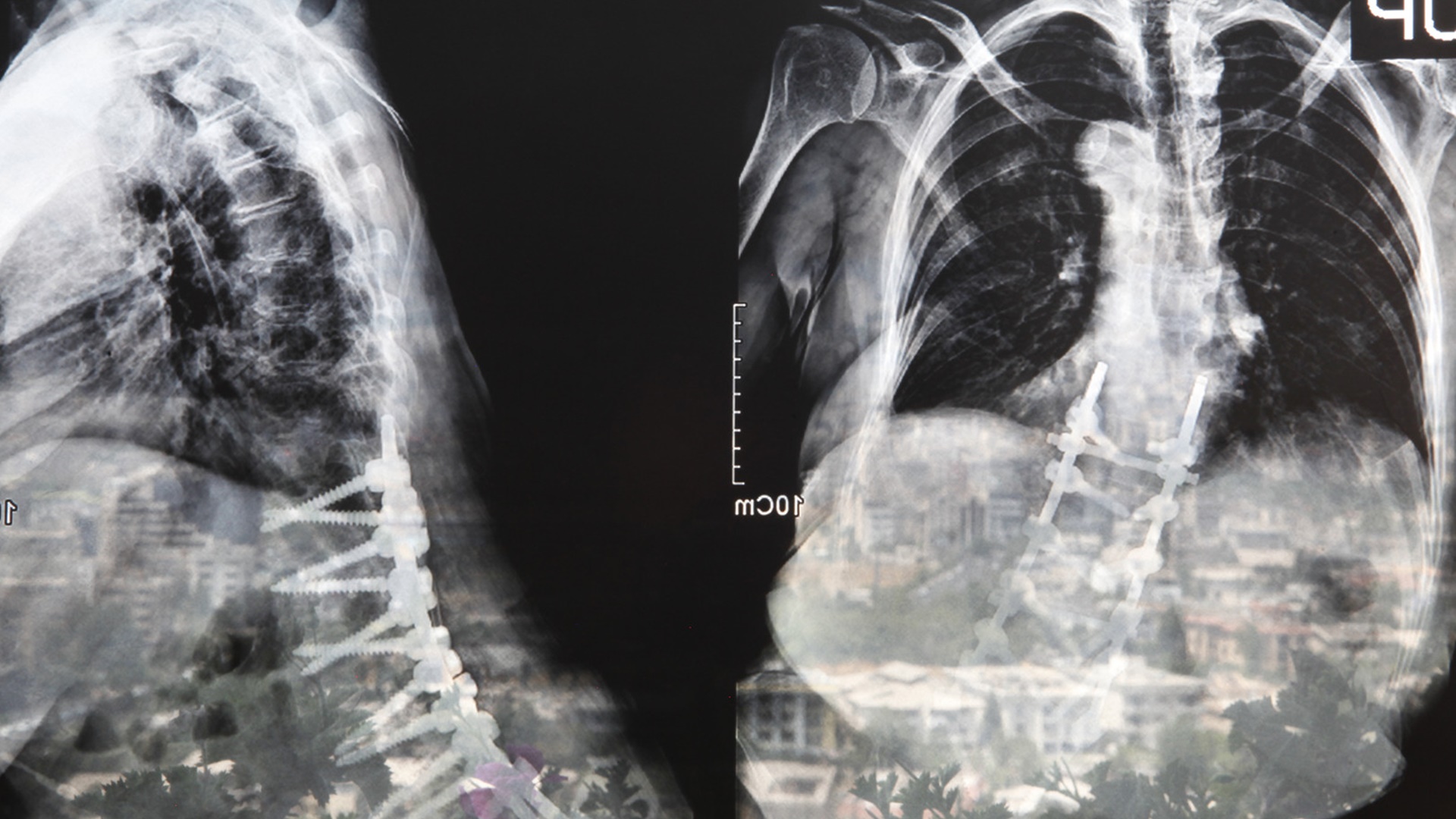 Radiograph of a Family

The film illustrates a family’s story. The relationship between a mother who is a devout, traditional Muslim, father, a secular progressive man, and their daughter. “I am the product of Iran’s endless struggle between traditionalism and modernization,” says the director.
DirectorFirouzeh KHOSROVANI
Iran, Norway, Switzerland 2020 82min DCP color/b&w Documentary G Korean Premiere
Korean Premiere
Online 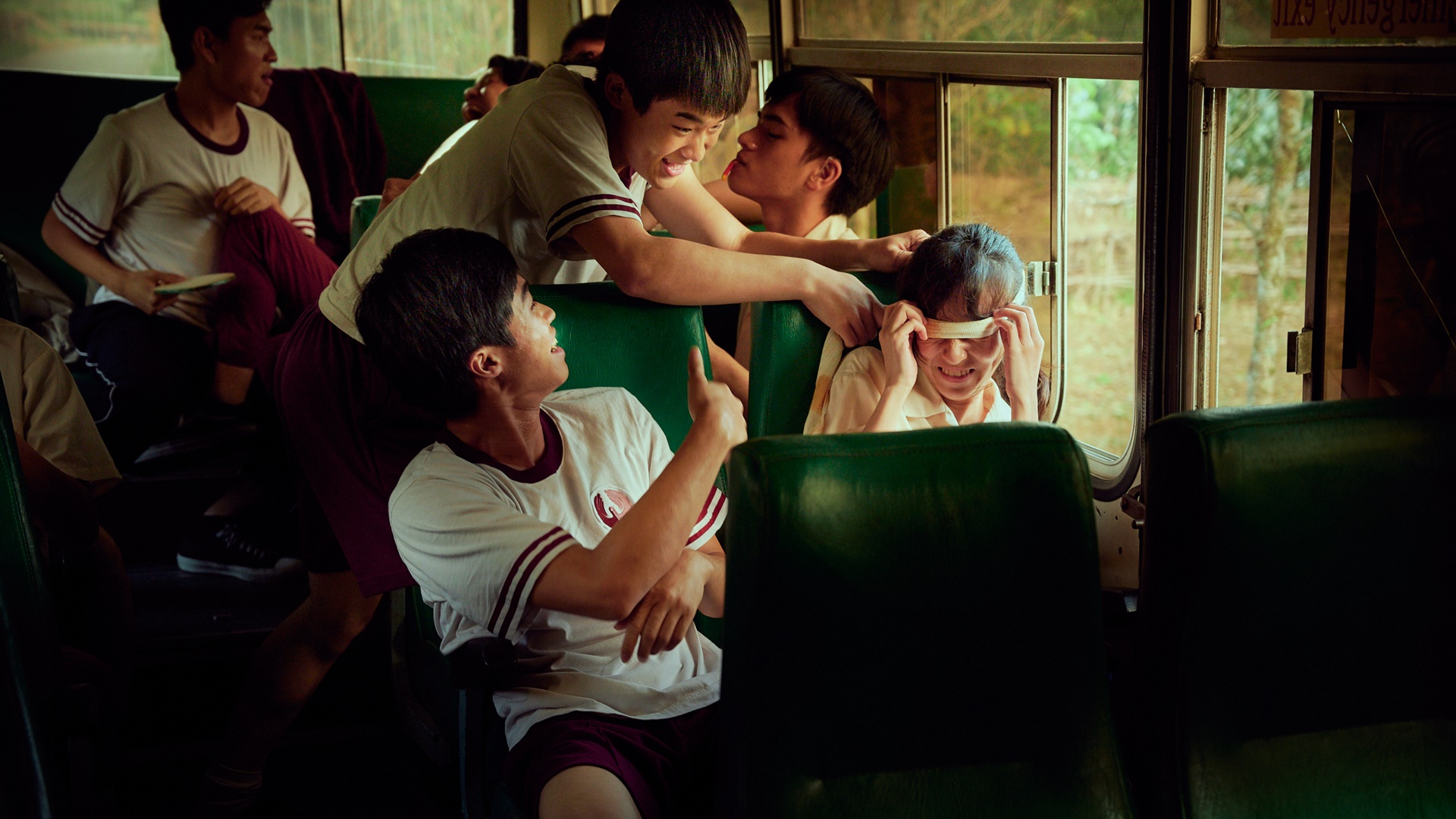 Deaf teenager Chang Cheng transfers to a school for children with special needs. However, the world of the hearing-impaired doesn’t seem quiet at all. When Chang witnesses the “game” taking place in the last row on the school bus, his excitement about blending into a new environment immediately turns into fear.
DirectorKO Chen-nien
Taiwan 2020 104min DCP color Fiction 15 Korean Premiere
Korean Premiere
Online 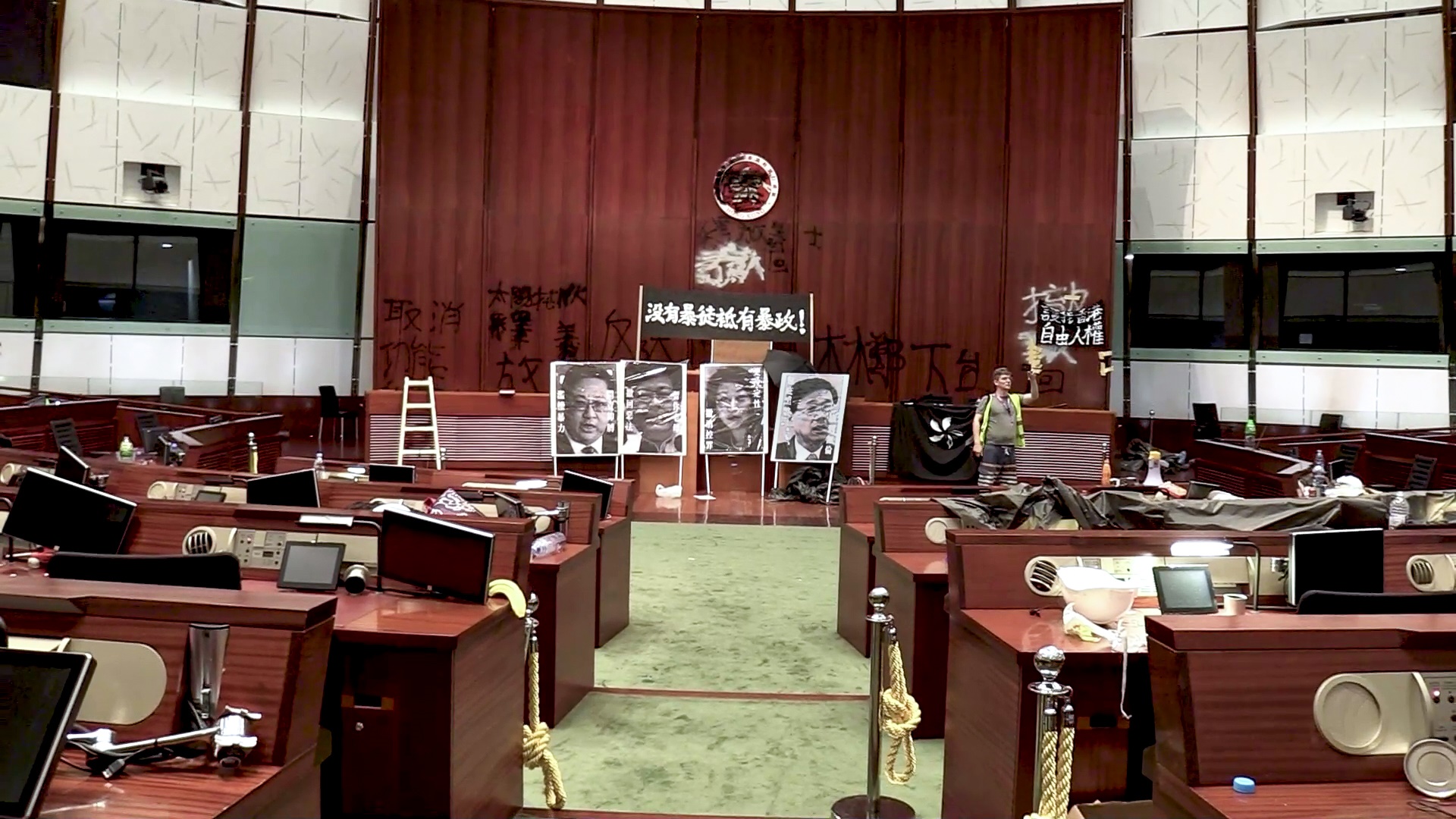 Taking Back the Legislature

July 1, 2019. 22 years before on the same day, Hong Kong was handed over to Communist China. Numerous marches had been held over the past three months where as many as two million people took to the street to call for the withdrawal of the Extradition Bill.
DirectorHong Kong Documentary Filmmakers
Hong Kong 2020 47min DCP color Documentary 12 Korean Premiere
Korean Premiere
Online 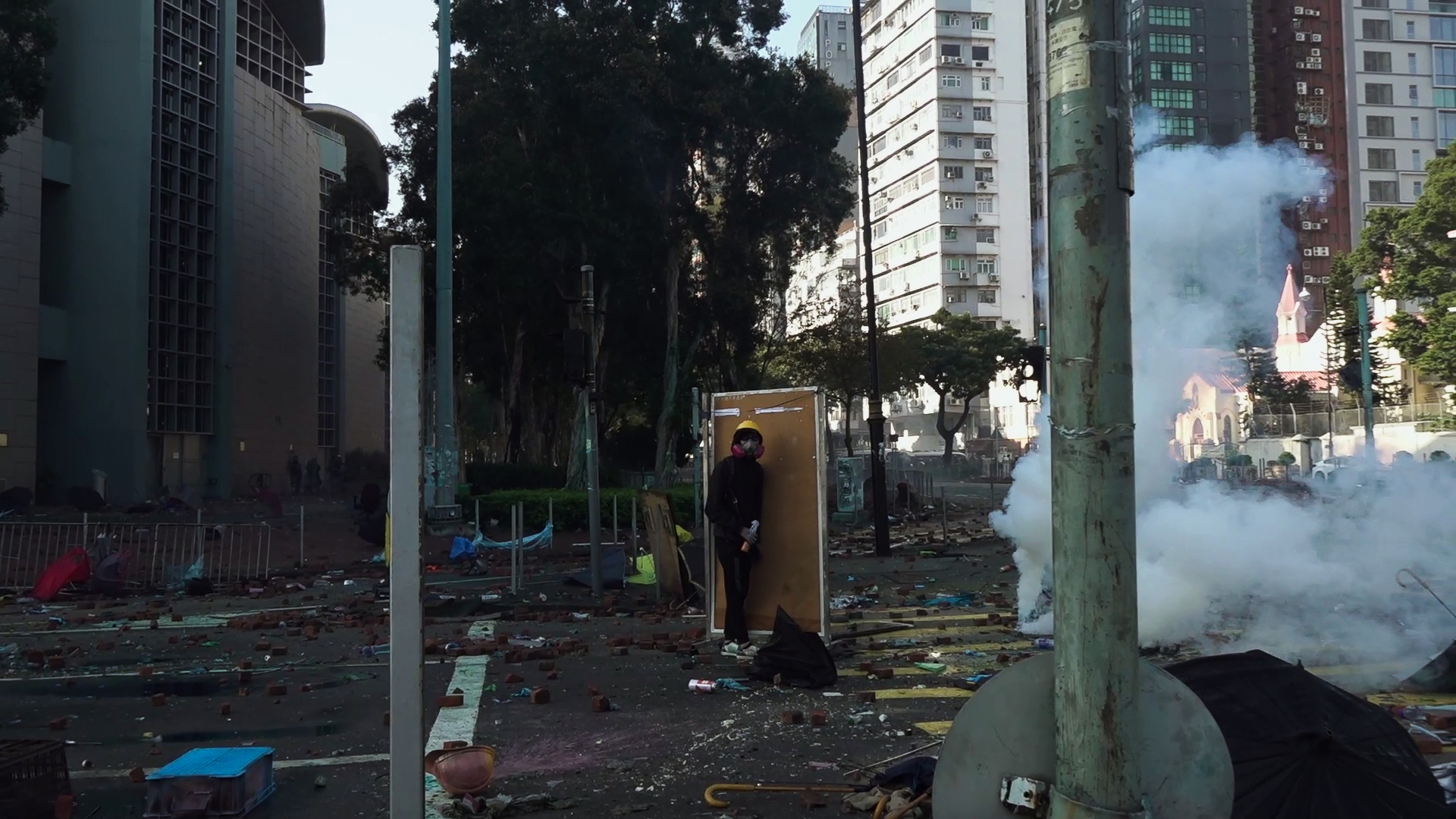 Inside the Red Brick Wall 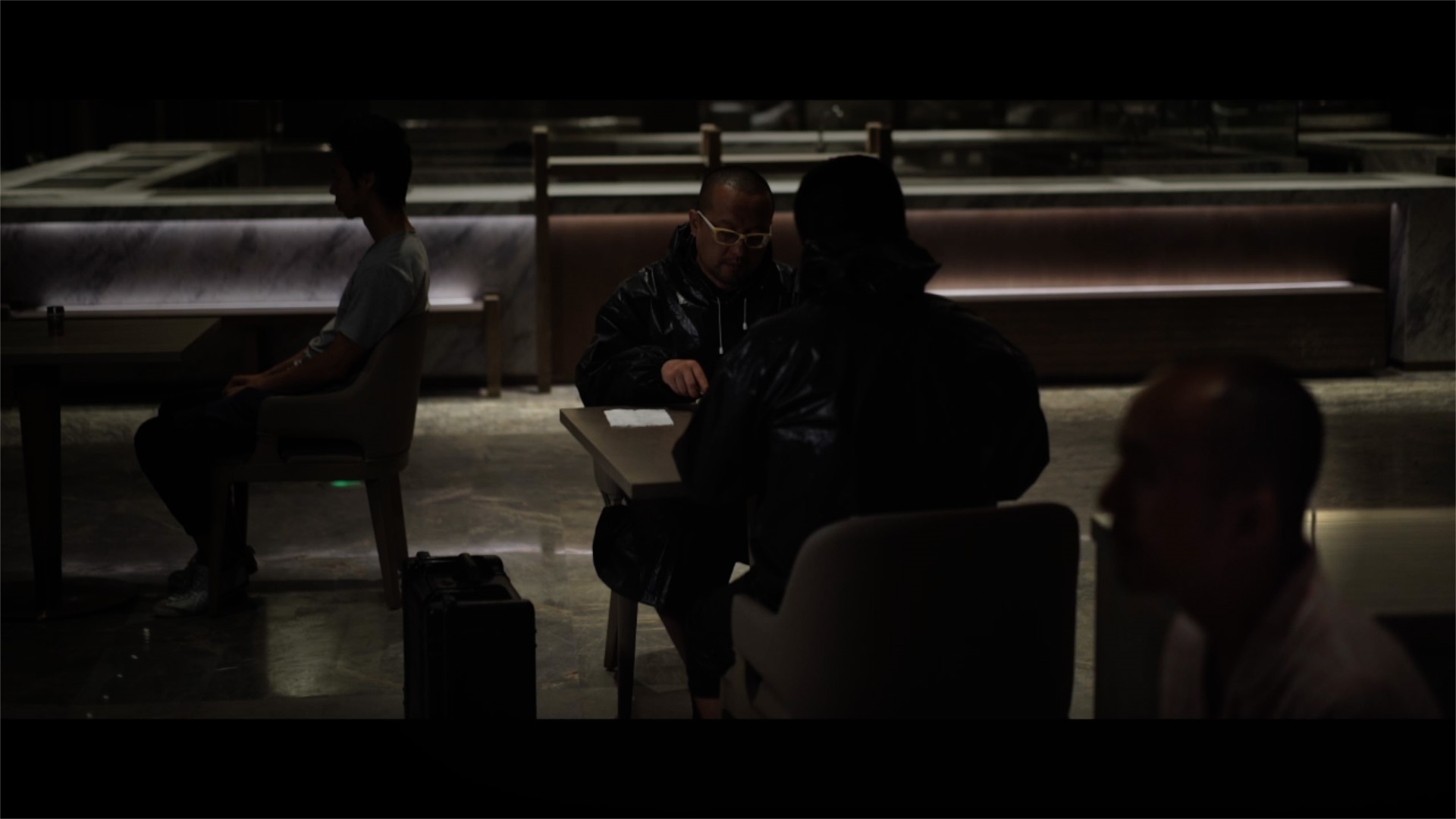 This “movie” is both hysterical and incredibly quiet. Even though the actors are “real people,” the film is actually an “animation” in the true sense. A “stage” emerges from two forces of infinite expansion and infinite contraction that simultaneously tug at one another. Eight “puppets” are dragged onto the “stage.” Two “puppets” whose strings are broken appear and disappear. They pull at each other´s hair, trying to break away from the “stage.” They are unable to achieve anything. Their unrelenting feelings of frustration only strengthen their impulses to break free from the “stage.”
In addition, even without wearing any glasses, you can consider this a 3D or VR movie in the true sense. If you remove the “glasses” you have been wearing since birth, maybe “you” can “discover” a little something from this “world.
DirectorLI Hongqi
China 2020 82min DCP color Fiction 18 International Premiere
International Premiere
Online 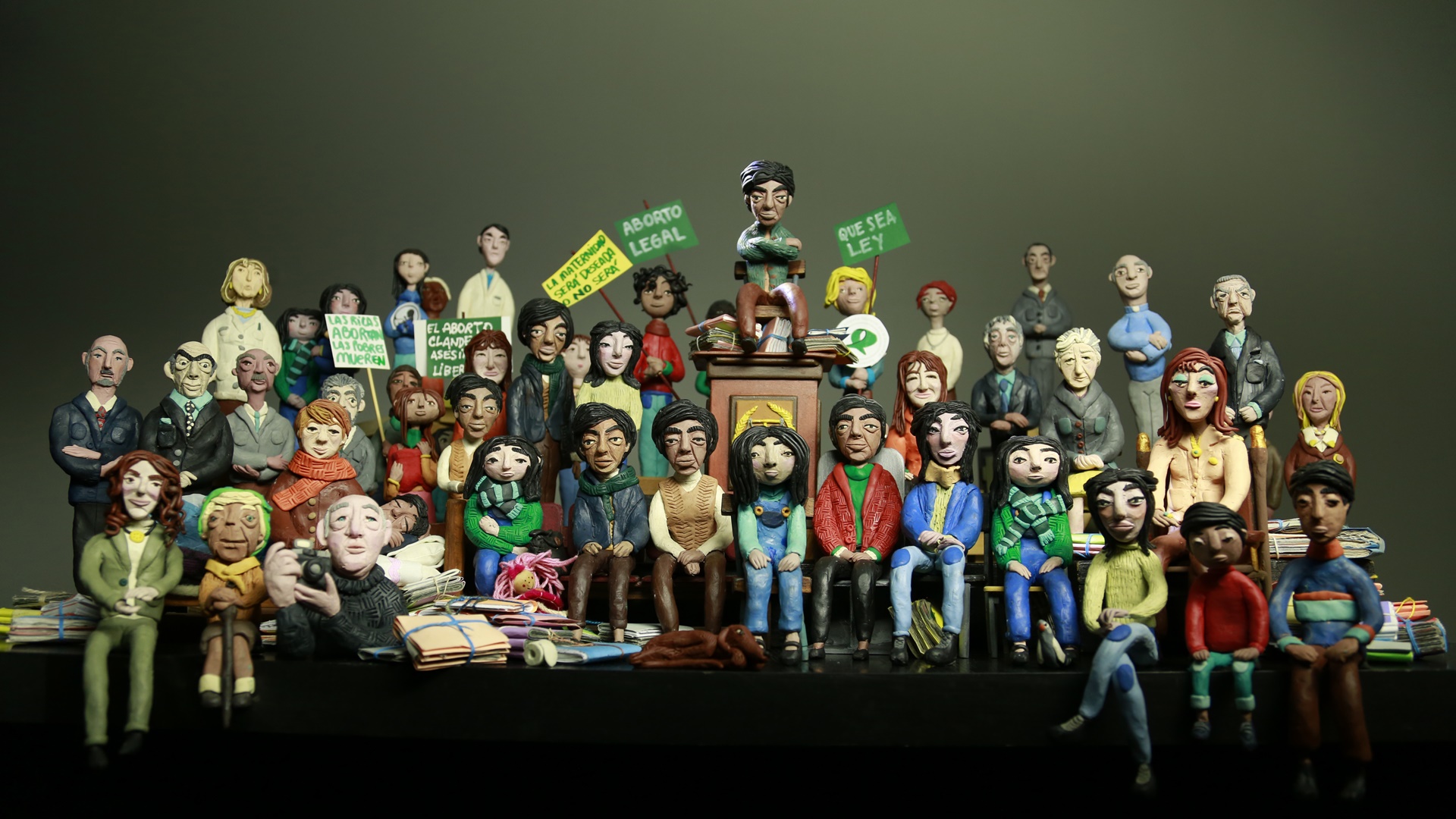 Vicenta tells a story of a poor and illiterate woman who has the courage to confront the Argentine State to achieve what she knows is fair: the legal termination of her daughter´s pregnancy.
DirectorDario DORIA
Argentina 2020 69min DCP color Documentary Animation 12 Asian Premiere
Asian Premiere
Online
Sponsor