Cinema Fest has been a section to introduce films that achieved cinematic quality and high popularity among audiences from different generations. Cinema Fest selections are solid and approachable at the same time. This year, Cinema Fest features ten films.
We have selected four East Asian titles, three Japanese and one Taiwanese films. Compared to the previous editions of JEONJU IFF, we have fewer East Asian titles this year overall. Still, we introduce four very solid East Asian titles that are at the same time engaging, touching, and giving us a lot to think about. The Asian Angel by Ishii Yuya from Japan stars renowned Japanese actors Ikematsu Sosuke and Odagiri Joe. Korean actors Moon Choi and Kim Minjae also star in the film. That it is exclusively shot in Korea with Korean staff marks a new attempt in the Japanese cinematic landscape. Taiwanese title JANG-GAE: The Foreigner tells a story about a boy bullied for his being half-Chinese. The protagonist’s heritage is similar to that of the director’s, in that both are born between a father from Taiwan and a Korean mother and work in Korea. This film is based on the director’s early life, asking Korean viewers to think again about widespread prejudice in Korean society, inclusion, and understanding. Japanese documentary JAZZ KISSA BASIE traces the history of a unique form of music venue developed in Japan. The singular style of cultural venue is presented, along with the history of jazz cafés in Japan.
Cinema Fest titles include Here We Are, a wonderful but sad family movie depicting conflicts and tension between parents raising a developmentally disabled son in his 20s. His mother wants him to live by himself, while his father cannot agree with her and leaves home with the son. Brother’s Keeper offers a critical view of authoritarian and violent culture through a friendship between an 11-year-old Turkish boy Yusuf and his best friend Memo. Adults are described from the children’s eye view, appearing to be indifferent, uncaring, self-centered, and always busy in covering their back and shift responsibilities. The Pit covers a similar theme, following Markus’ turbulent journey to stand against prejudice and fulfill his dream. Markus’ lives with his grandmother in a small village in Latvia, where the villagers are not quite nice to him. The film features his struggles in the middle of a rift between family and friends and interplay between the self and the community.
The paw-friendly title is an Argentine documentary, COMPANIONS, which recounts a touching story about companion dogs and their families. Cinema Fest hopes to create a charming and inviting environment for film lovers, whether they are humans or animals. 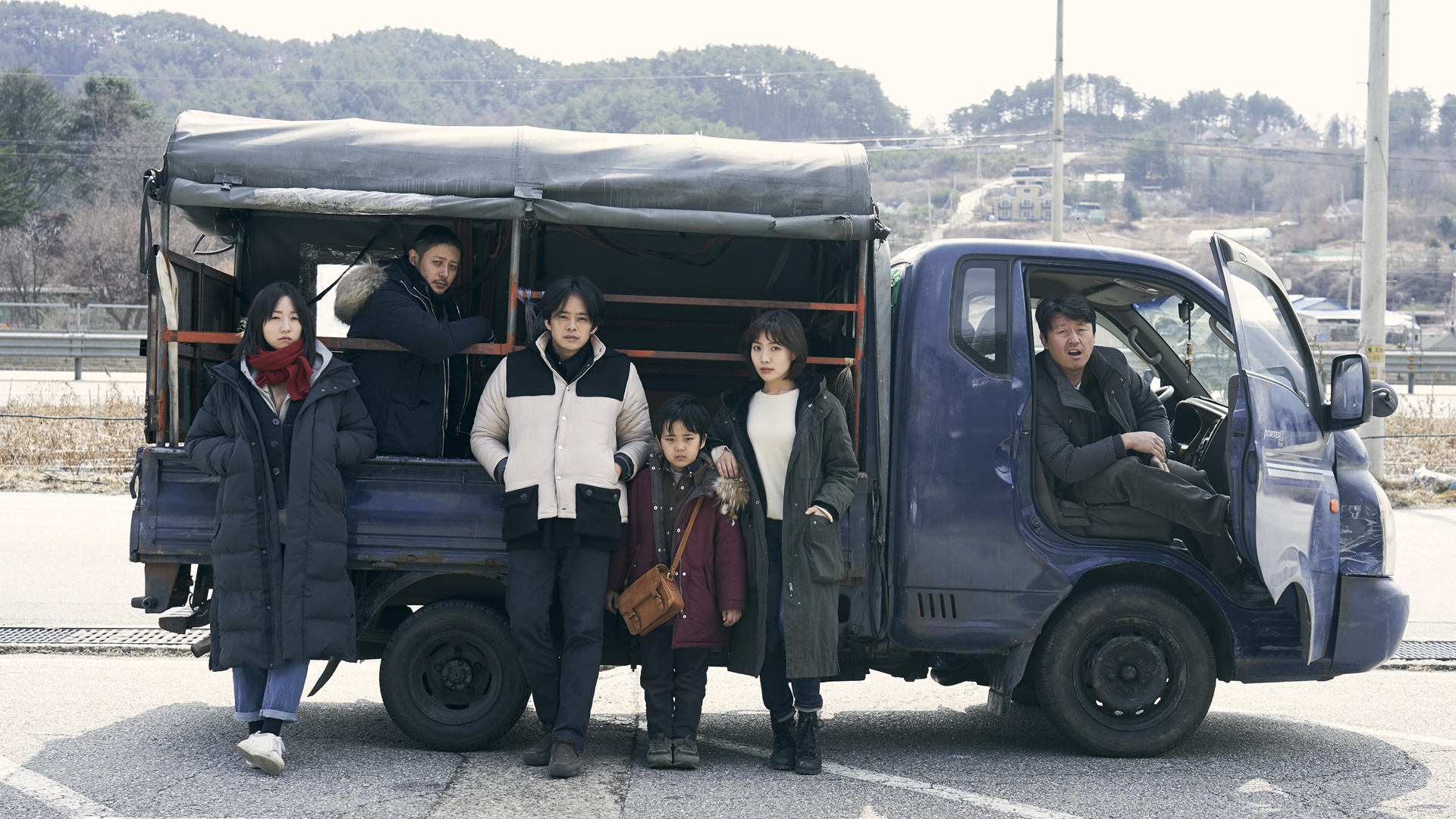 Aoki is a failing novelist, and Sol is a failing pop singer. Encountering each other in South Korea, speaking different languages, they and their families somehow end up in a truck heading off into the Korean countryside.
DirectorISHII Yuya
Japan 2021 128min DCP color Fiction G Korean Premiere
Korean Premiere 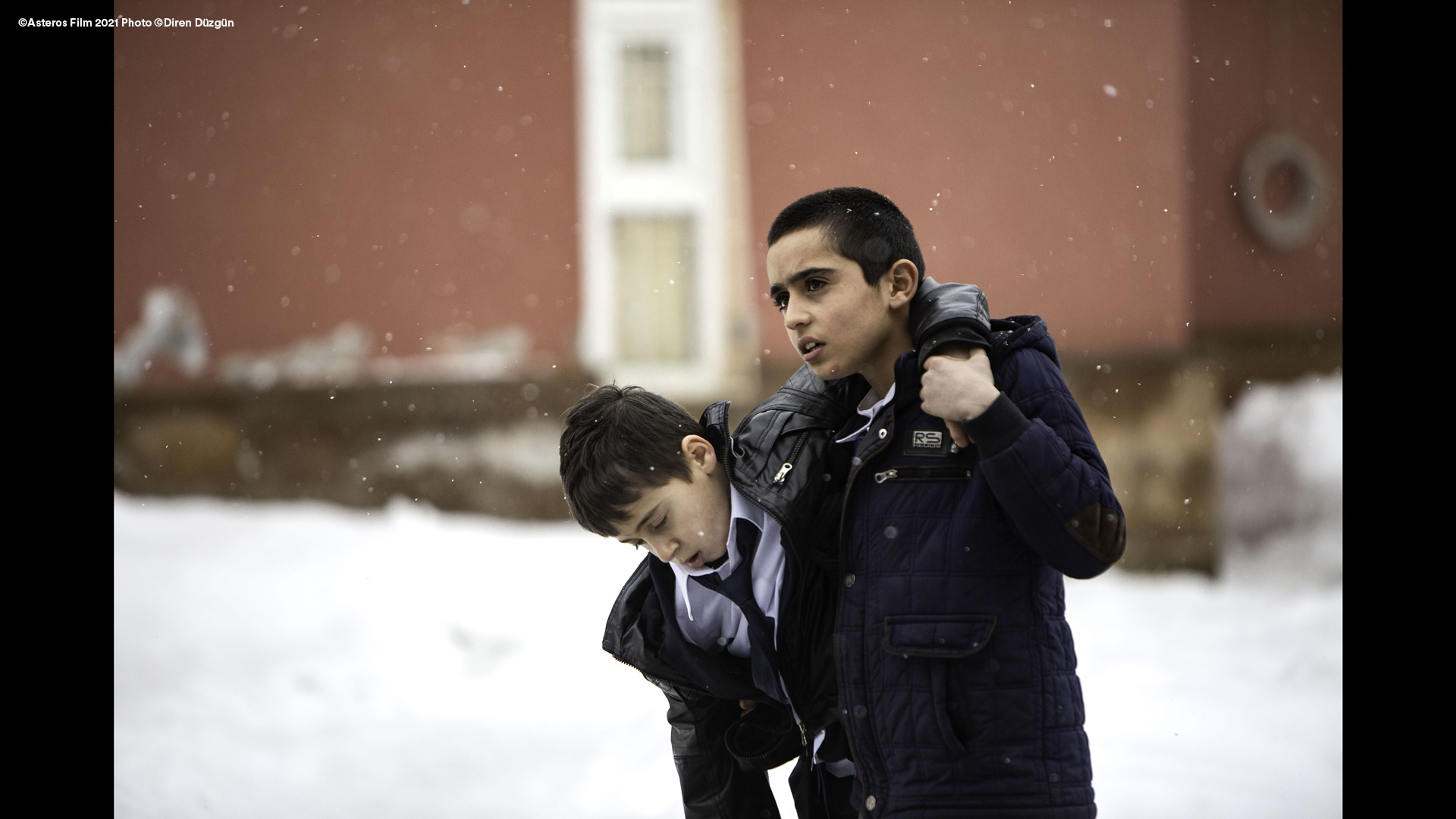 Yusuf and his best friend Memo are pupils at a boarding school for Kurdish boys, secluded in the mountains of Eastern Anatolia. When Memo falls mysteriously ill, Yusuf is forced to struggle through the bureaucratic obstacles put up by the school´s repressive authorities to try to help his friend.
DirectorFerit KARAHAN
Turkey 2021 85min DCP color Fiction G Korean Premiere
Korean Premiere
Online 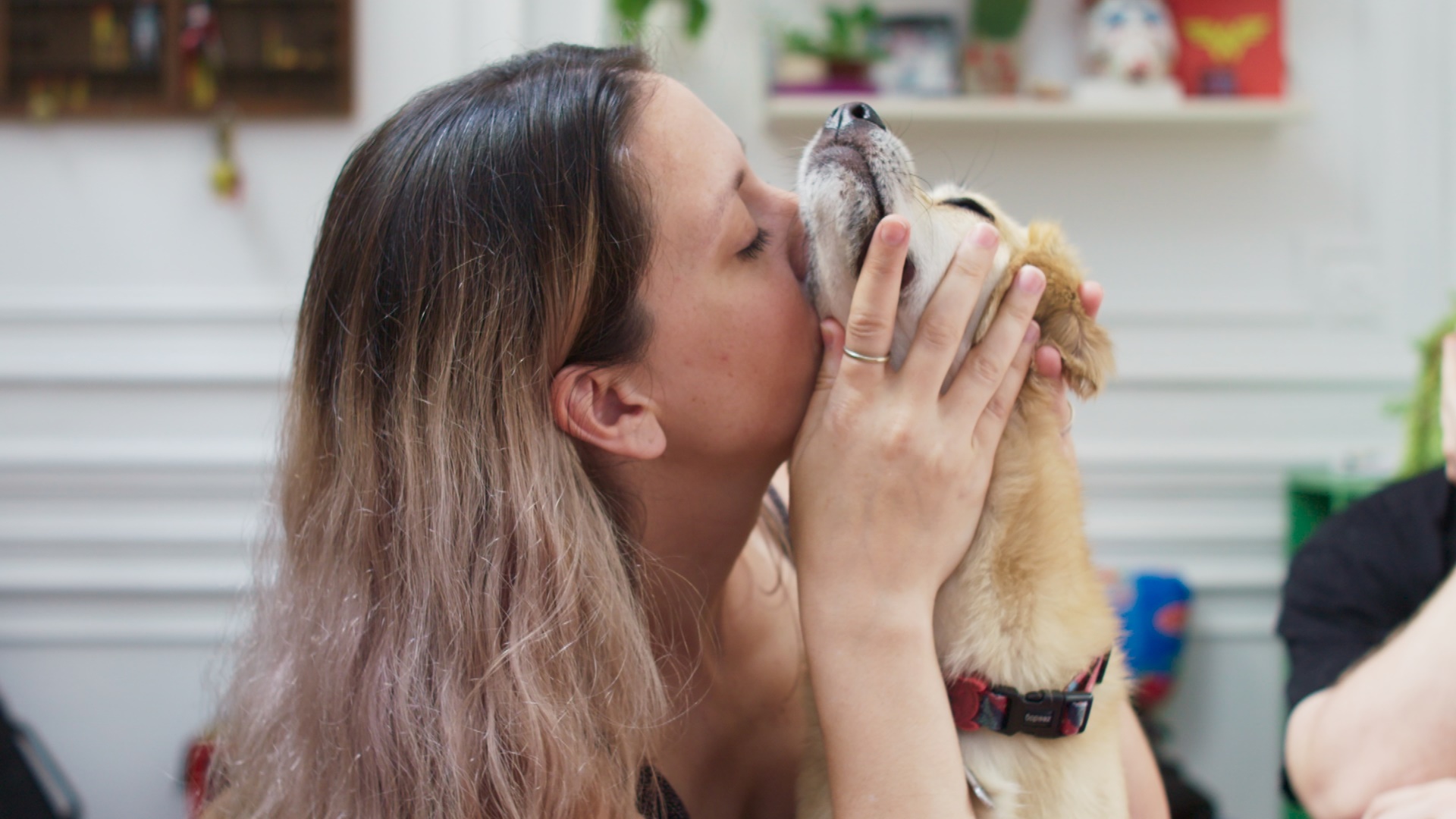 COMPANIONS deals with the love between people and dogs. It’s made up of scenes of intimacy—caresses, habits, games, cares, stories of coming and loss, of protection, and uprooting. The stories intertwine and make up a map of love and its enigmas.
DirectorAda FRONTINI
Argentina 2021 63min DCP color Documentary G International Premiere
International Premiere 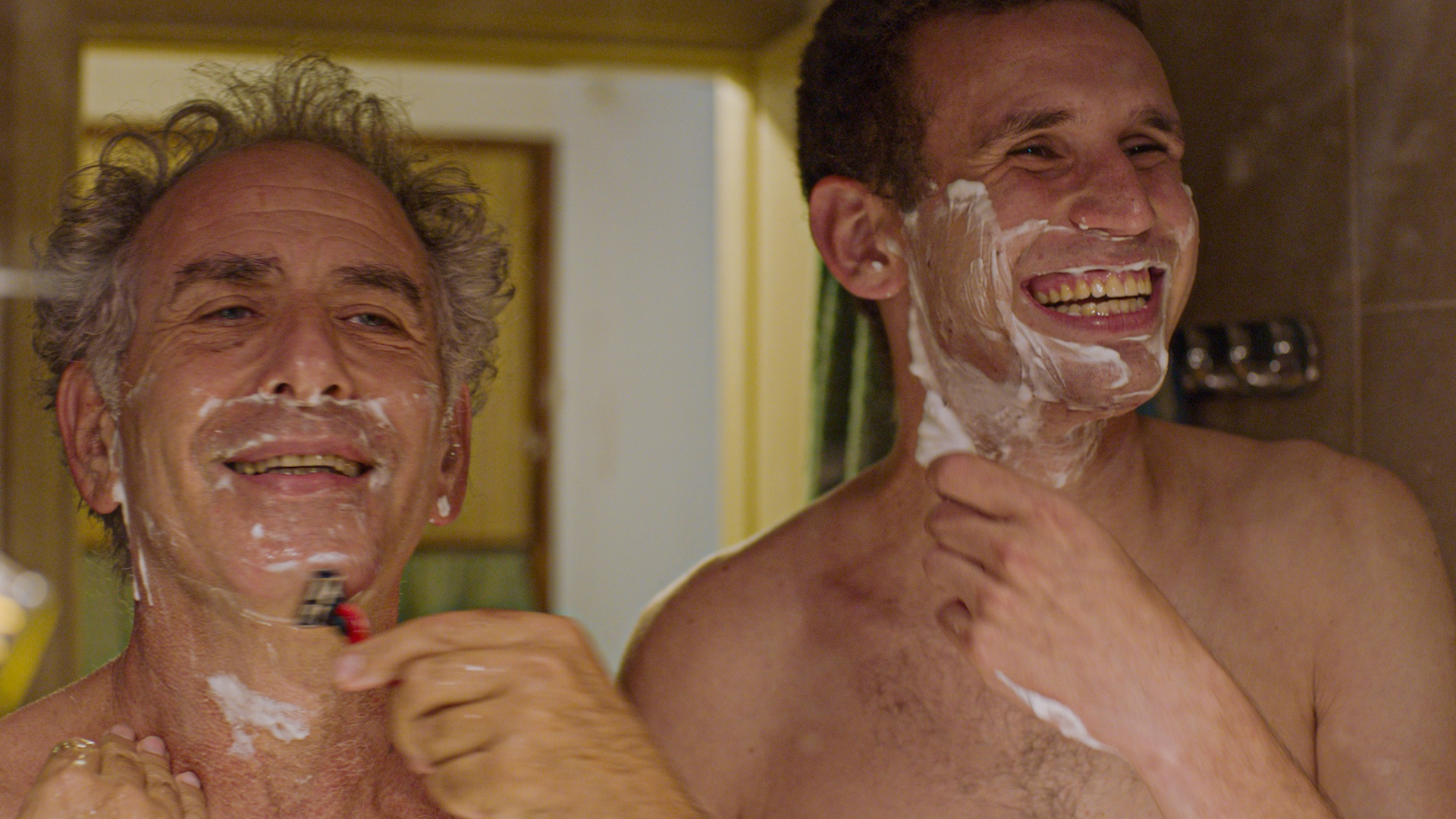 The shared coming-of-age story of a father and his autistic son who embark together on a journey of escape. This journey ultimately leads to a parting and a new beginning.
DirectorNir BERGMAN
Israel, Italy 2020 95min DCP color Fiction 12 Korean Premiere
Korean Premiere
Online 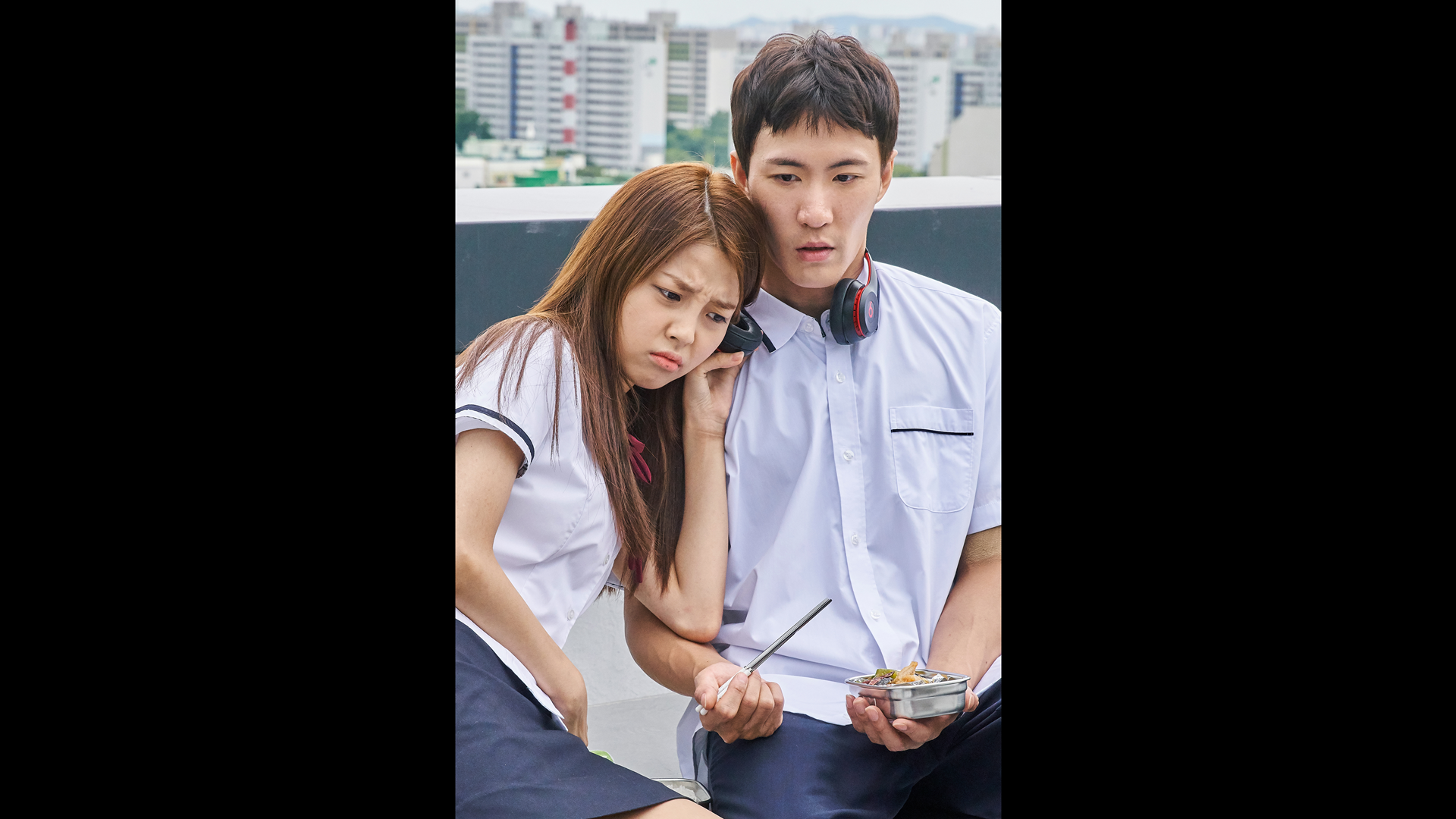 A troubled mixed-race teenager who suffers from discrimination and bullying, wins a scholarship to study abroad, while also discovering his father has been hiding cancer and has only days to live.
DirectorCHANG Chih-Wei
Taiwan 2020 107min DCP color Fiction 12 Korean Premiere
Korean Premiere 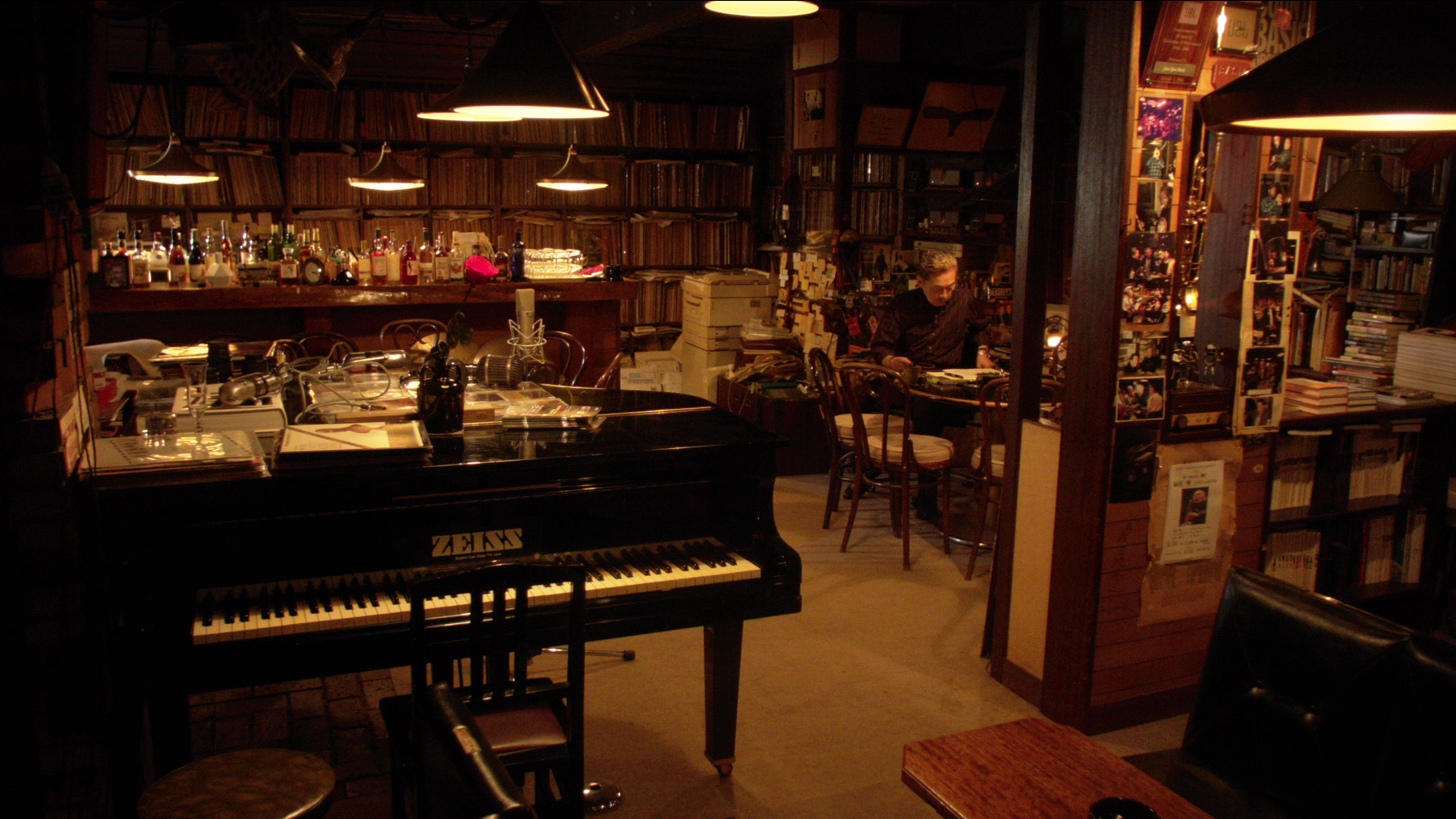 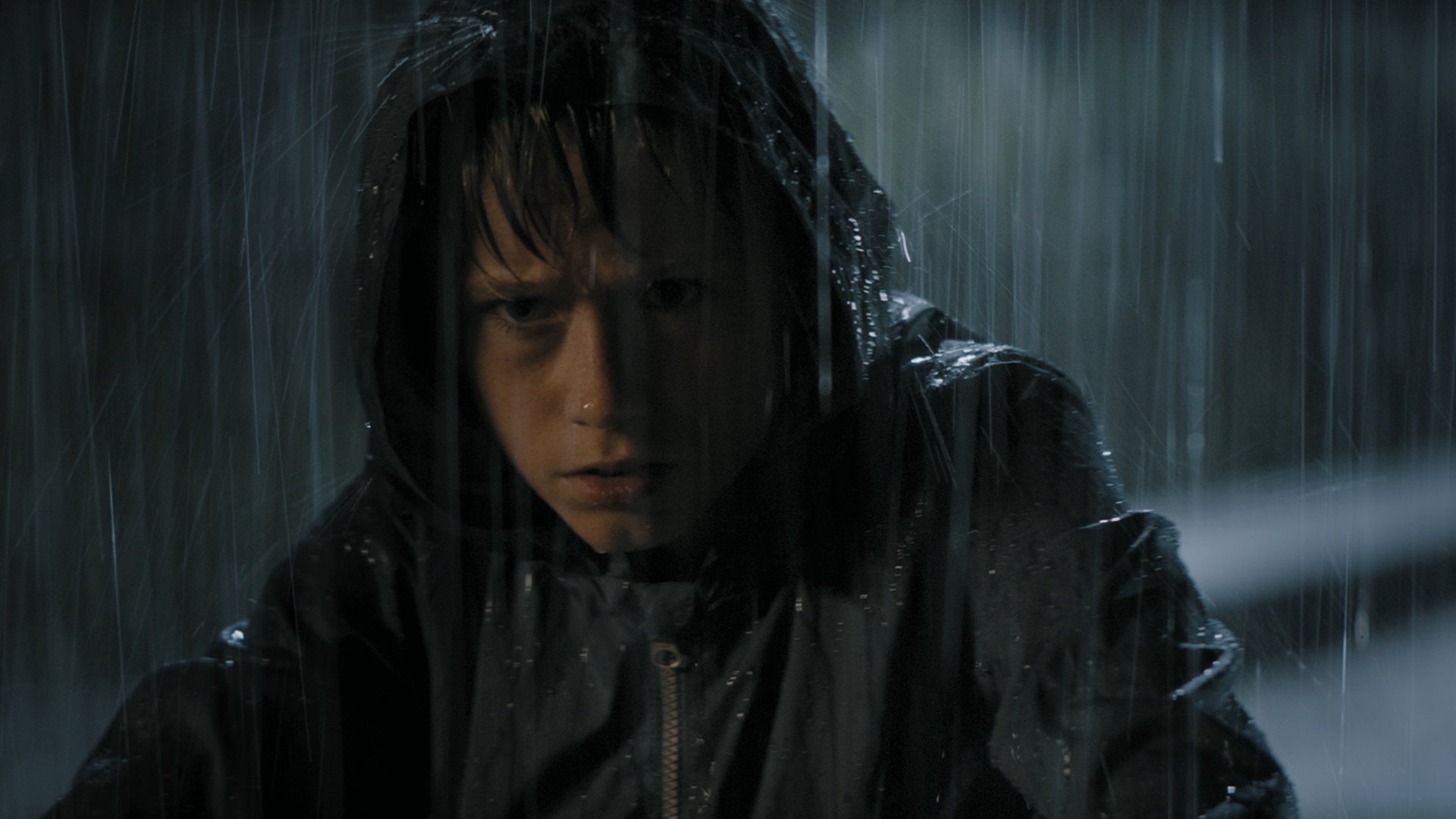 When 10-year-old boy ends up teaching a neighbor girl a cruel lesson, he is shunned by the small-town community and forms an alliance with a transgender man to learn what it truly means to be different.
DirectorDace PŪCE
Latvia 2020 108min DCP color Fiction 12 Asian Premiere
Asian Premiere
Online 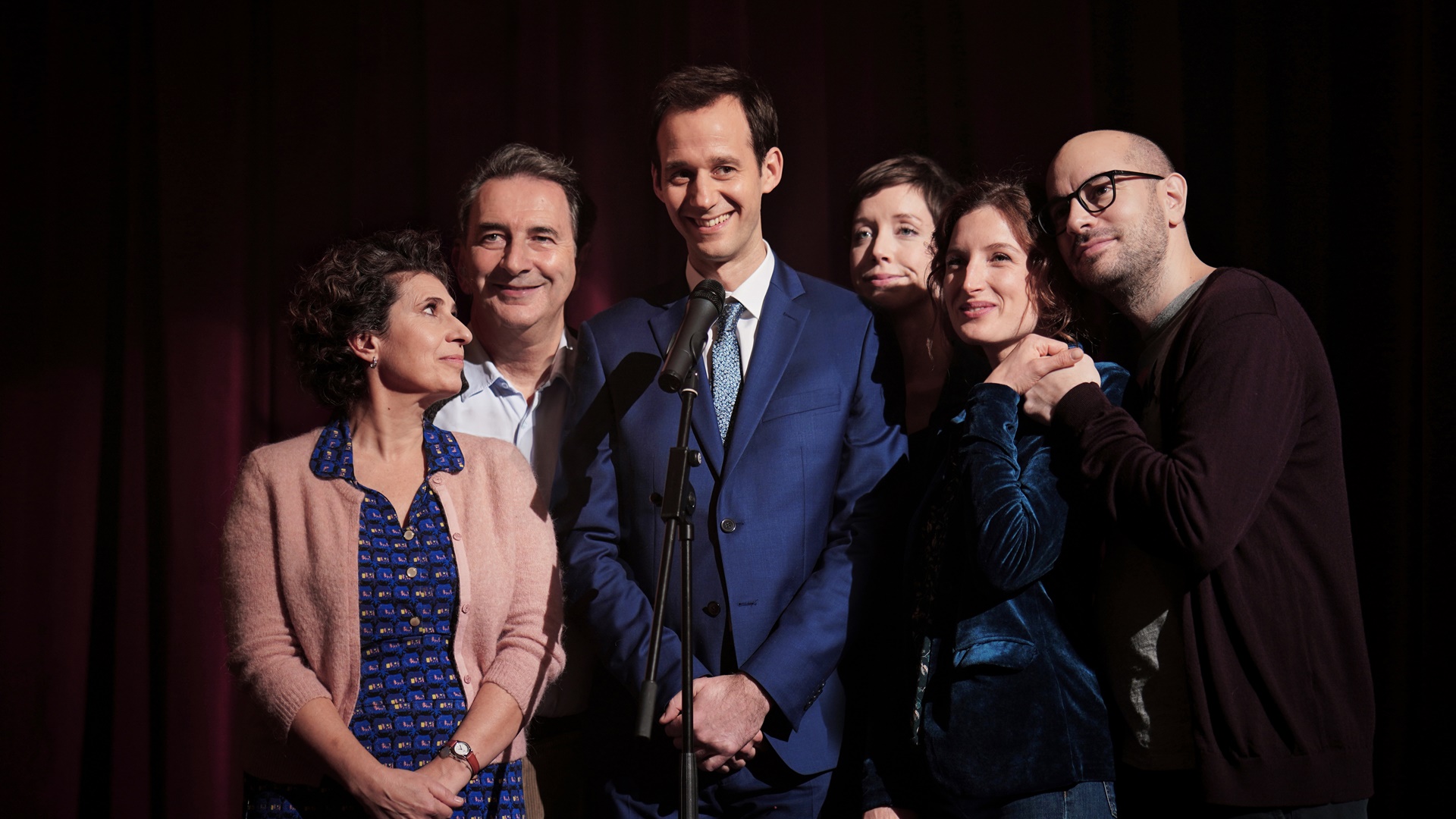 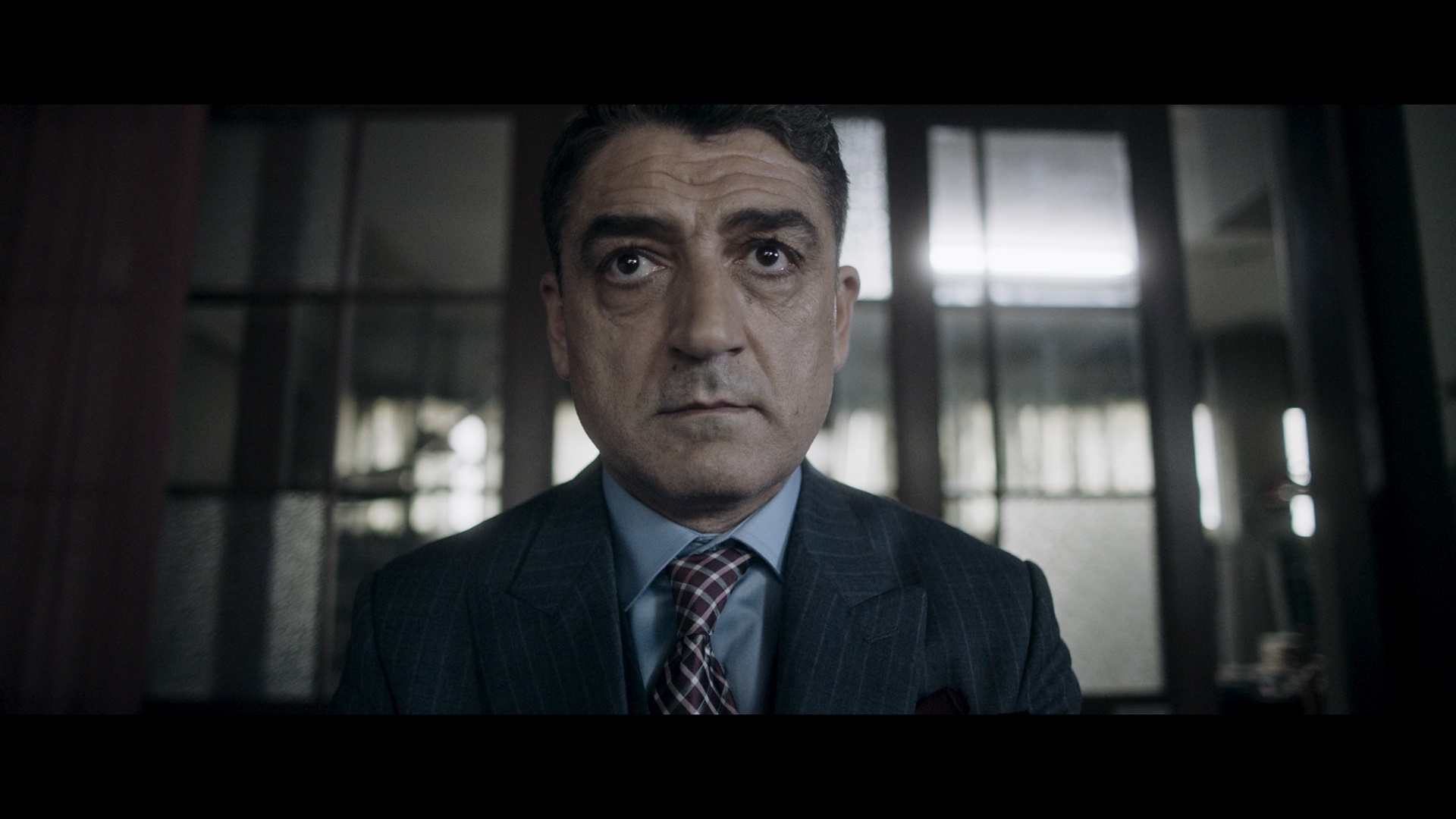 Nikos lives in the attic of the family’s tailor shop. When the bank threatens to repossess the shop and his father falls ill, Nikos takes action: with a wondrously strange tailor shop on wheels, he reinvents himself while bringing style and confidence to the women of Athens.
DirectorSonia Liza KENTERMAN
Greece, Germany, Belgium 2020 101min DCP color Fiction G Asian Premiere
Asian Premiere
Online 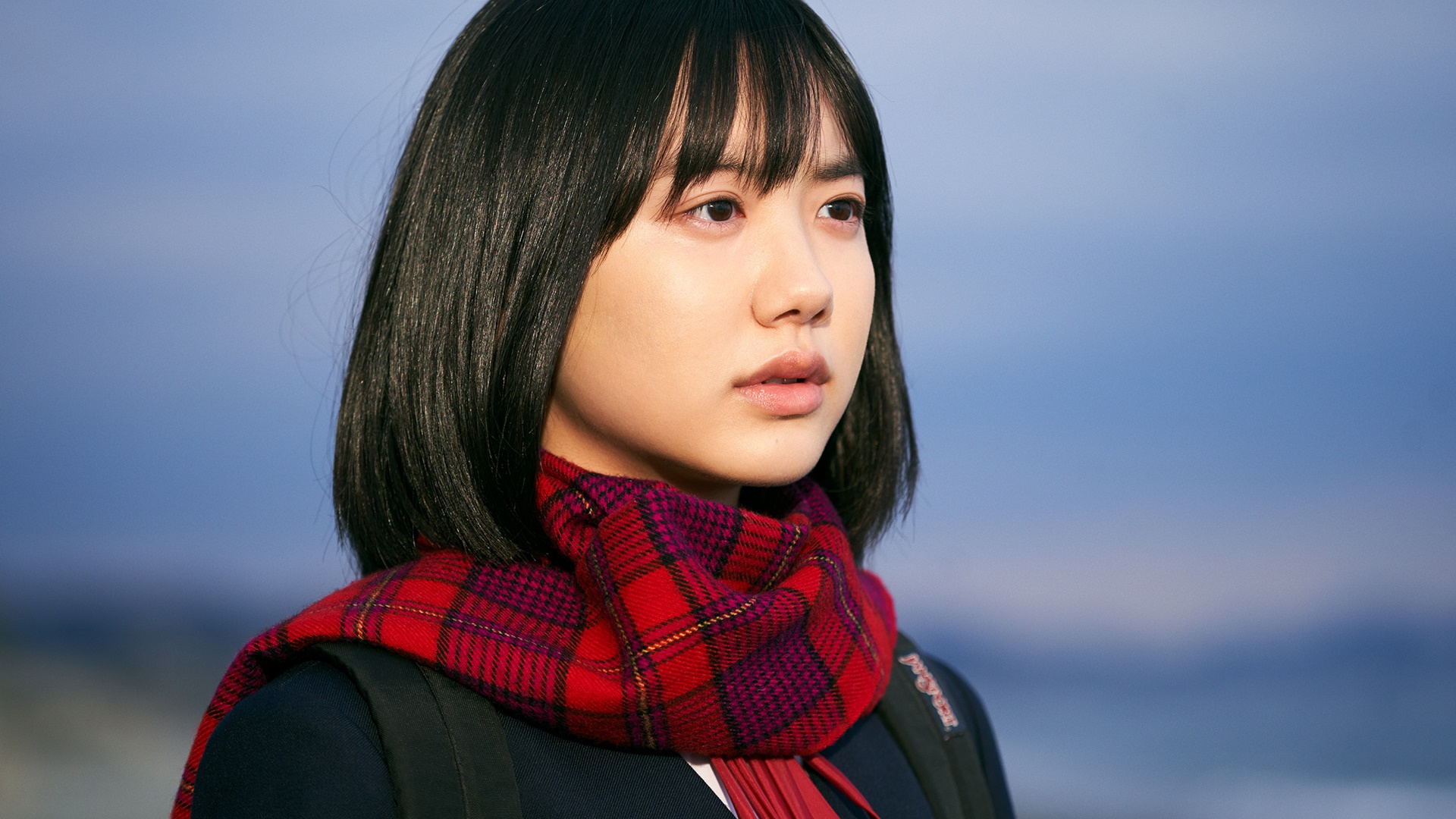 Chihiro, a middle school kid, has been raised by parents with a lot of care. But her parents are fanatic believers of a shady cult that they claim it miraculously heals her illness. For the first time in her young life, Chihiro begins to doubt her parents and the world she lives in.
DirectorOMORI Tatsushi
Japan 2020 111min DCP color Fiction G International Premiere
International Premiere
Sponsor