The cinema, which was born over 120 years ago, has an official history that starts with the Lumière brothers, followed by Méliès, Griffith, and John Ford. At the same time, cinema may have different types of history, and it may be told in various ways. For instance, we could tell it in the context of female directors, from Alice Guy-Blaché to Ida Lupino, Larisa Shepitko, Maya Deren, and Claire Denis. In this year’s Special Focus, we will extend JEONJU IFF’s tradition of the past 21 years of discovering talented filmmakers and supporting innovative films that are made independently outside the mainstream. Along the way, we’d like to present the alternative history of independent∙experimental films.
Special Focus: I am Independent features seven independent filmmakers who proved their presence through their films at pivotal points of the cinema trend through 15 of their films.
Six early shorts of Cecilia Mangini, the first post-World War female documentarist from Italy: Unknown To The City, Maria´s Days, Stendali (Still They Toll) , The Marshes’ Chant, Being Women, and The Bridle On The Neck.
Four early experimental films of Han Okhi, who led a South Korean feminist experimental film collective, Kaidu club under Yushin Regime in the 1970’s: The Hole, The Middle Dogs Day, Colour Of Korea, and Untitled 77-A.
The only film left by Forough Farrokhzad, the pioneer of Iranian New Wave: The House is Black.
Barbara Loden who made Wanda, the representative work of New American Cinema.
A French New Wave icon. Anna Karina’s directorial feature debut Living Together, an early example of a top actor becoming an auteur-director, not for commercial films.
Cheryl Dunye, who made The Watermelon Woman, the first black lesbian feature film upon the emergence of New Queer Cinema.
The Blonds by Albertina Carri, a pioneer of New Argentine Cinema.
Cecilia Mangini, Forough Farrokhzad, Barbara Loden, Han Okhi, Anna Karina, Cheryl Dunye, and Albertina Carri. These seven directors probably didn’t even imagine themselves being the start of something. However, from today’s perspective, their films suggested a new form that hadn’t been tried before, exposed topics that were considered taboo in their times, and inspired sympathetic imagination for minorities—in sum, they left footprints in critical points of cinema history.
Showcasing the works of the “independent women,” who continuously transformed, grew, and weren’t afraid to reach their essence as independent beings, and through their still-contemporary independent films that address questions about universal values like human existence and free will, we would like to present an opportunity to encourage new perspectives about others and new ideas about the cinema history.
JEONJU IFF also prepared a publication that gathered the eyes of seven contemporary female critics to discuss the cinematic value of these films at the present time. We hope that the more contexts we have, the richer the cultural heritage of films will be discovered and enjoyed. This book aims at bringing attention to them so that we can potentially rescue them from possible oblivion. We believe this task will help us to come up with an alternative and richer history of cinema.

Cecilia Mangini was so ambitious that she declared herself to be an anarchist while being extremely wary of the shadows of fascism that had been encroaching on schools from her childhood. With the influence of neo-realism on top of her innate curiosity and rebellious temperament, she went out to the streets with her camera to capture the modernization process of post-war Italy. Mangini's films display bold expressions regardless of government censorship and deal with social inequality and human suffering such as the change of tradition, the alienation from the developing city, the reality faced by laborers and women, and the collusion between religion and fascism. Her first documentary that paints the reality of Italian women, Being Women, had limited distribution under the pretext of excessive radicality. However, it was supported by legendary figures such as Joris Ivens and John Grierson, and it received a Special Jury Prize at the Leipzig Documentary Film Festival in 1965. Mangini's films may be a tool for political expression, but the intense moments of sympathy in her lens testify that they stem from her desire to understand others. She supports the uncontrollable free souls and roaring voices, saying that their energy creates new perspectives, differences, and diversity in society. Therefore, Mangini's films are full of the spontaneous energy of people who live humorously—sometimes madly—without any prejudice or judgment, rather than chasing the darkness of reality. (Sung MOON) ​ 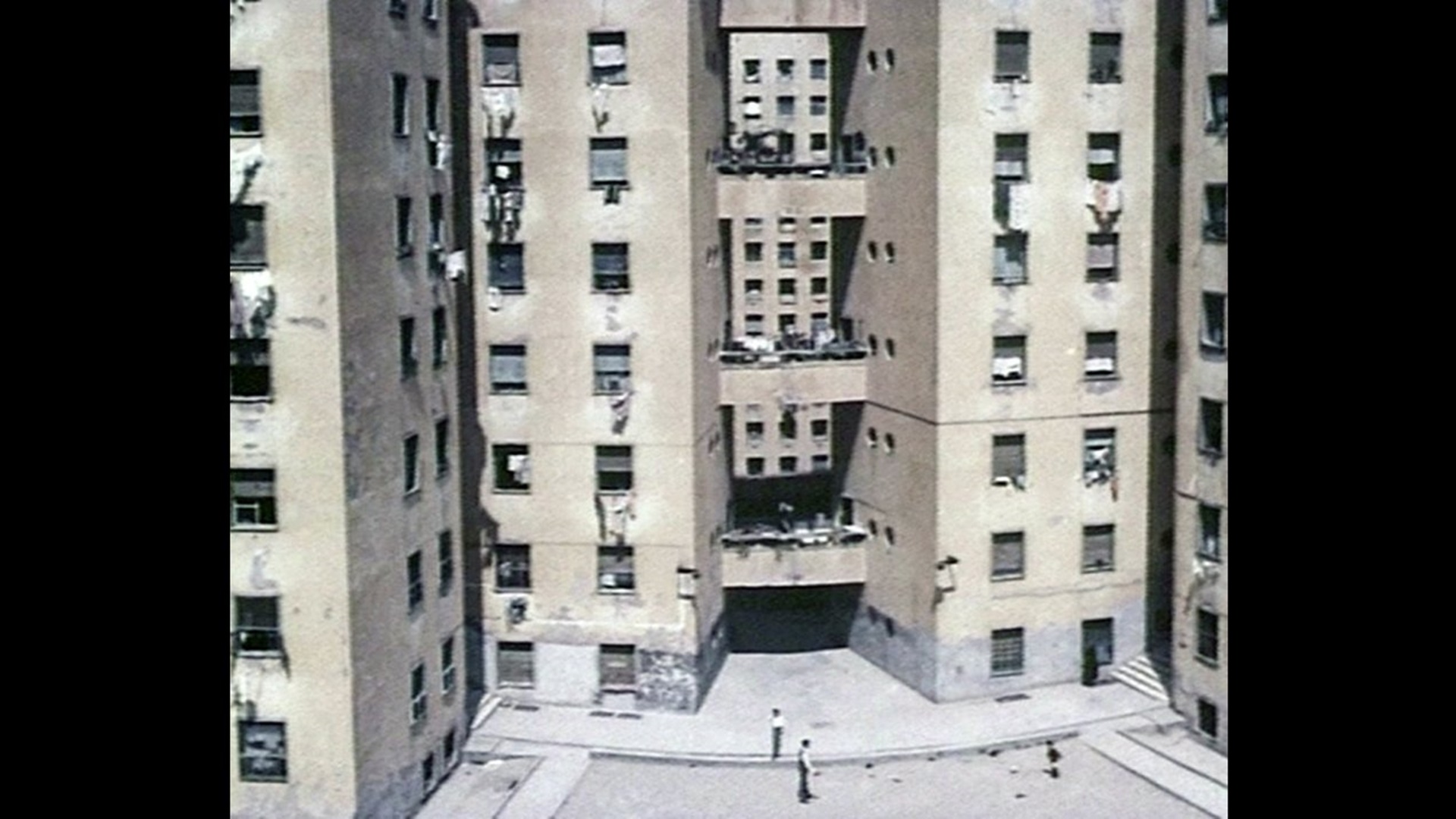 Unknown To The City│Ignoti alla città

Mangini´s debut, featuring a text by a Pasolini who was still a mere writer, a work withdrawn by the censorship that portrays the terrible living conditions, but also the animal spirit, of the young people of the Roman borgate, marginal and poor villages.
DirectorCecilia MANGINI
Italy 1958 12min DCP color Documentary G 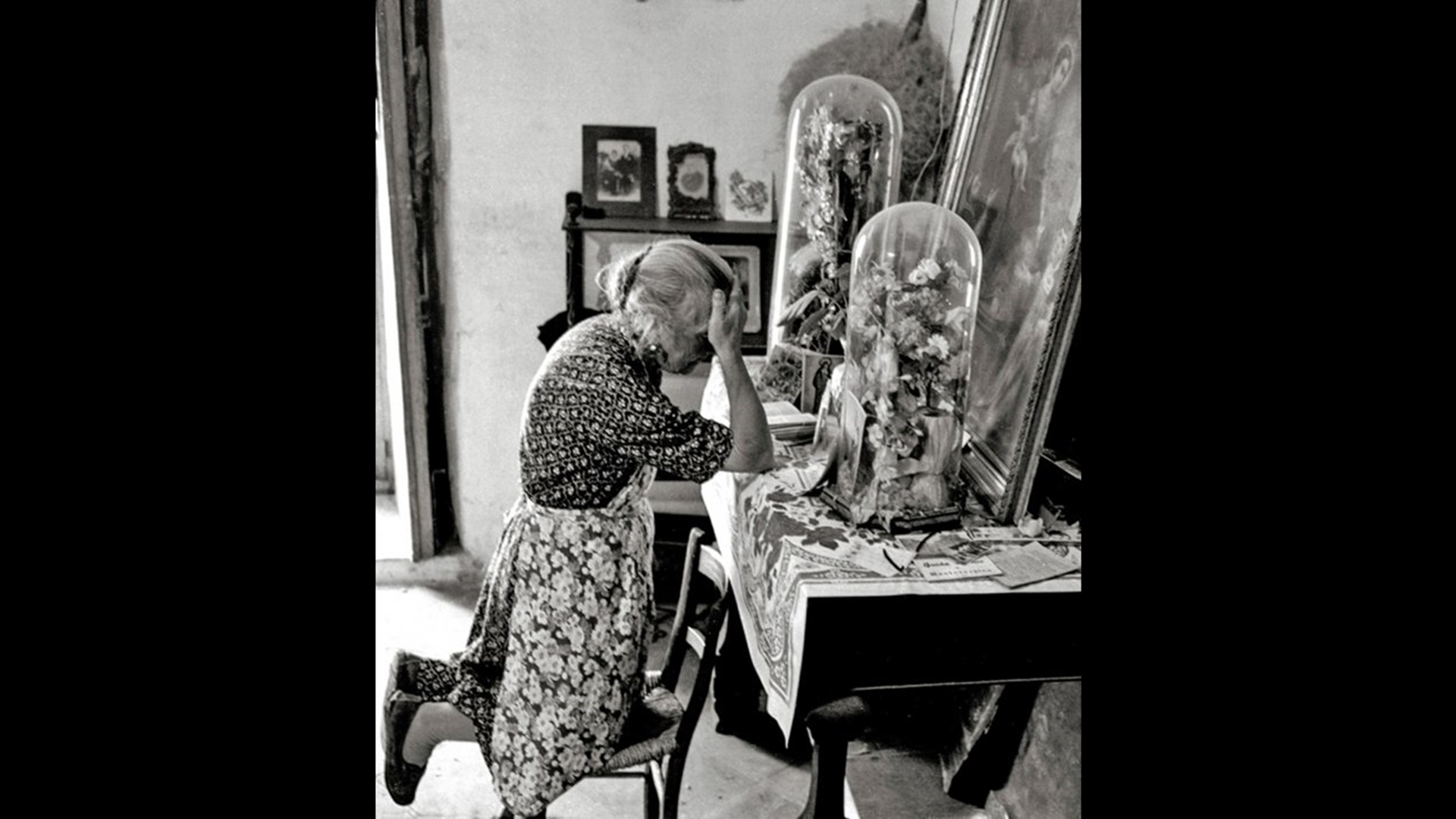 A day in the life of Maria, an energetic old woman who lives on a farm in Puglia. She is not afraid of death, the gestures and actions that fill her days give meaning to time.
DirectorCecilia MANGINI
Italy 1960 10min DCP color Documentary G Asian Premiere
Asian Premiere 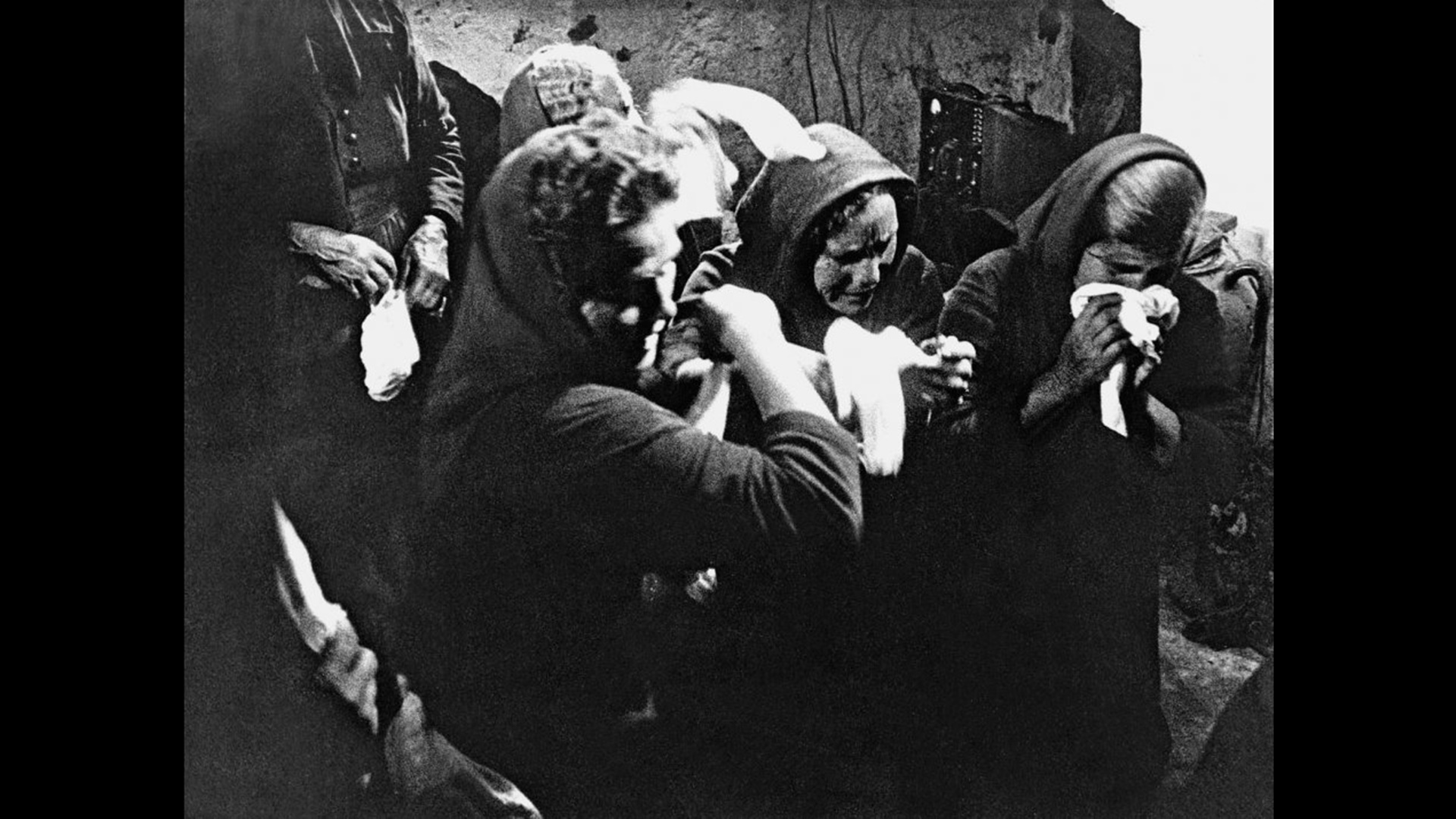 It is an ecstatic film that borders on hallucination that places us in the middle of the mourners´ ritual at a funeral in Salento, Southern Italy. An endangered tradition reflects in the film with a text by Pasolini.
DirectorCecilia MANGINI
Italy 1960 11min DCP color Documentary G Asian Premiere
Asian Premiere 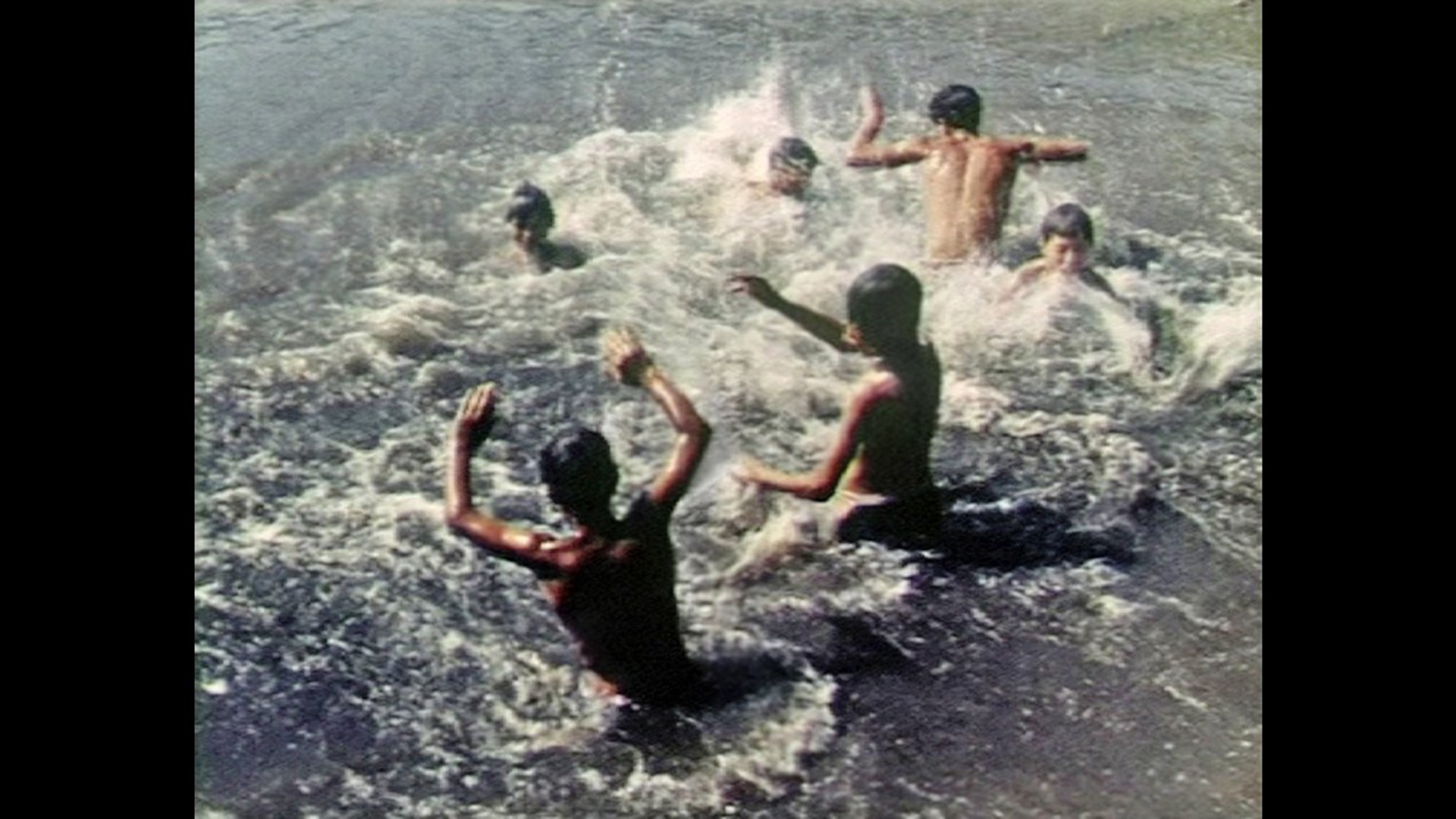 A sensual and vibrant vision without euphemisms about the children of the Roman suburbs and their summer hobby, swimming in the ponds, with commentary by Pier Paolo Pasolini.
DirectorCecilia MANGINI
Italy 1961 11min DCP color Documentary G 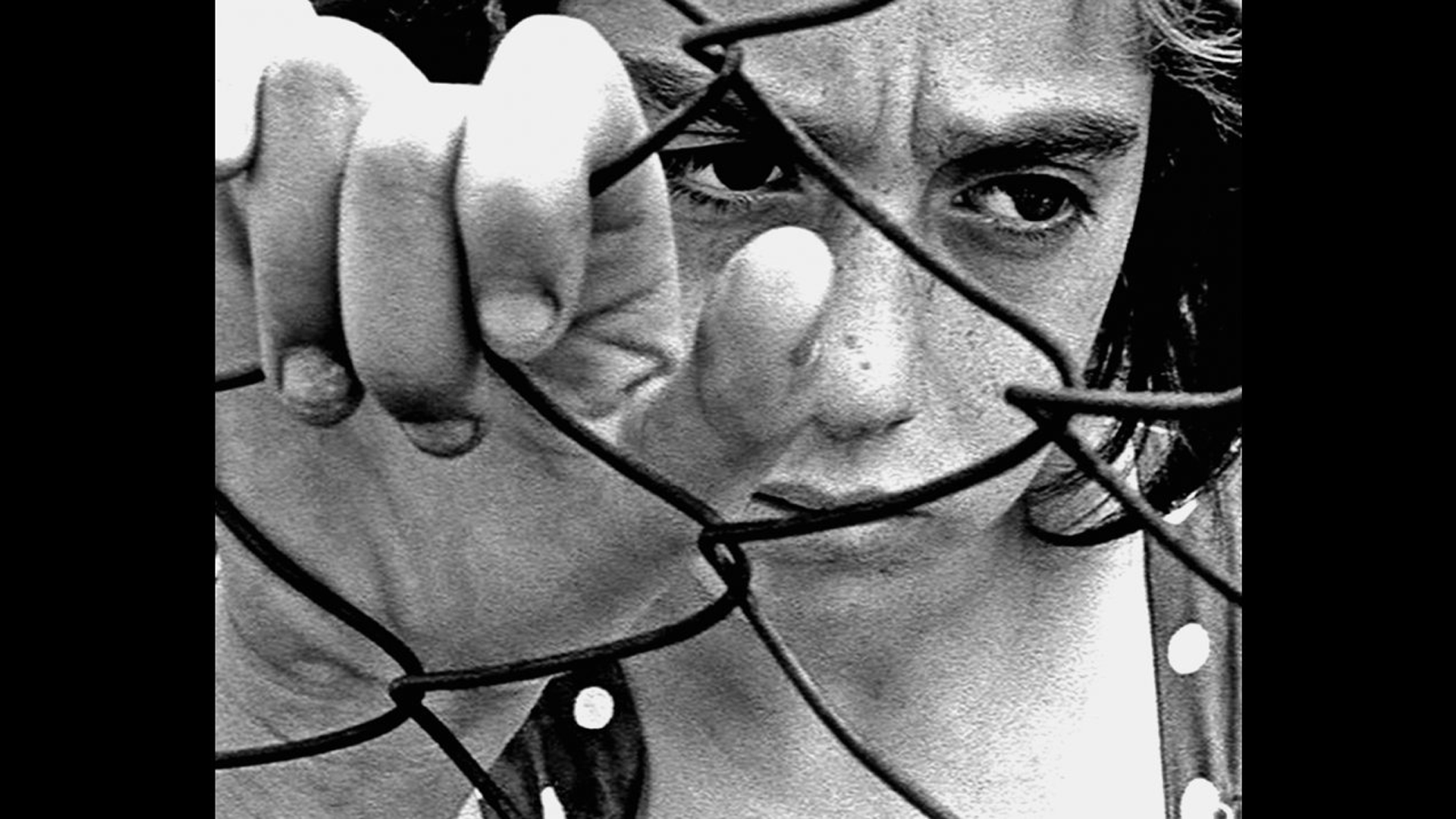 An emblematic work that anticipates the feminist movement, in the simple but radical gesture of contrast between the images sold by advertising "women" and real women: workers, mothers, who struggle to make ends meet. 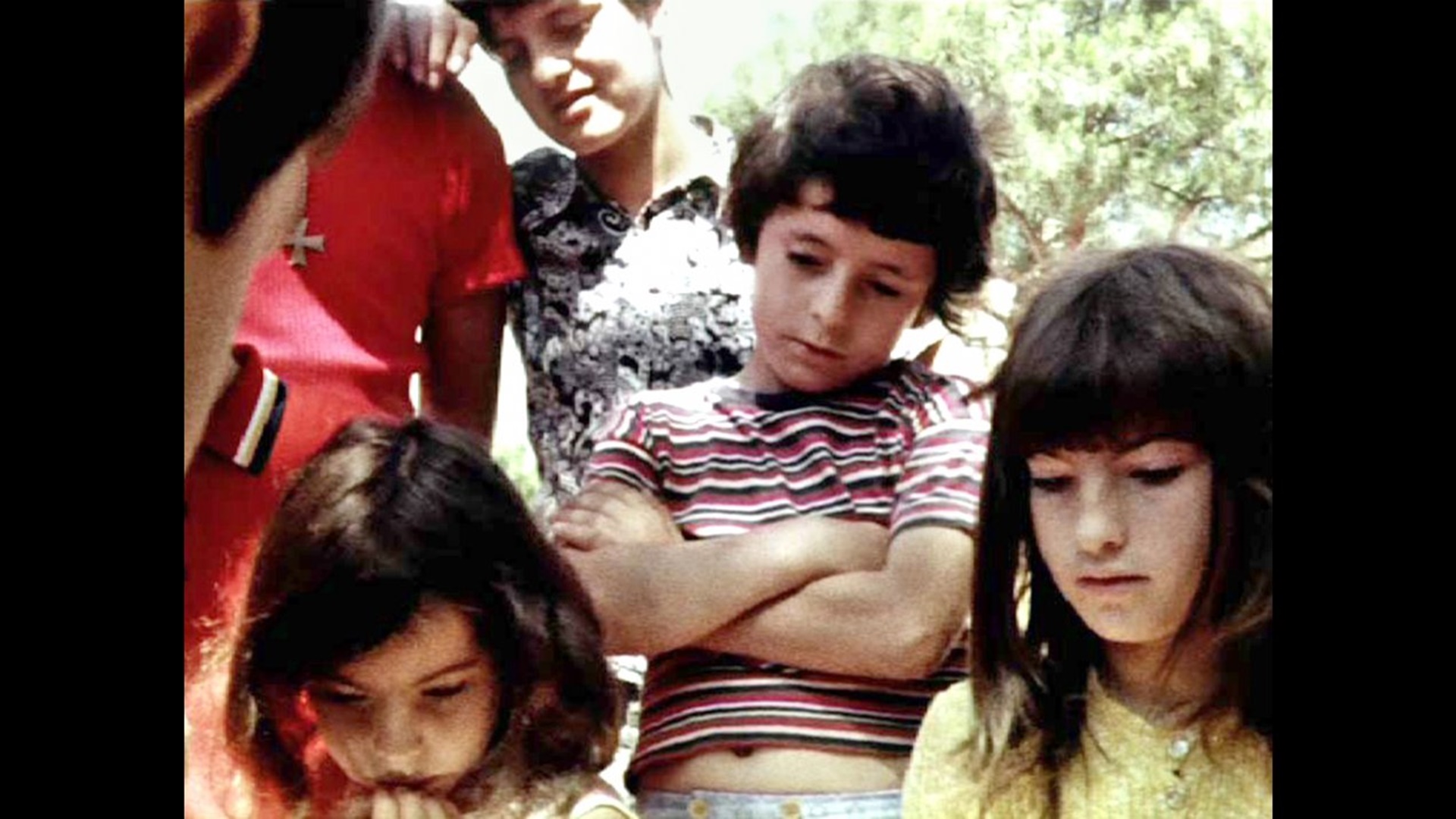 The Bridle On The Neck│La briglia sul collo

We enter the universe of Fabio Spada, a child from the Roman suburb of San Basilio. Fabio has been defined by the school as a misfit. His father, his mother, the director, and the psychologist of the public school (and even himself) tell us about him.

* It is specified that this film was made in 1972 and released in 1974.
DirectorCecilia MANGINI
Italy 1972 15min DCP color Documentary G Asian Premiere
Asian Premiere

Han Okhi was the leader of the first South Korean feminist experimental film collective, the Kaidu club. She majored in poetry at university in the 1970s when youthful energy was stirring, dreaming to escape from the institutional world of control and censorship of the Yushin regime. She found a way to express her thoughts with symbols and metaphors of images of experimental films, attempted a radical film format and used avant-garde and exotic expressions to produce films that were completely different from the image of a woman in the established films, represented by the hostess film at the time. Through the images of manholes, prisons, ropes, scissors, among others, she embodied oppression, liberation, freedom, life, and death. At the same time, she edited her films in a way that demonstrated the determination to change and the desire to escape from the gloomy reality into a film. As a practitioner of daring the established system and of experimenting toward newness, Han has marked a significant starting point in the history of Korean avant-garde films. (Sung MOON)​ 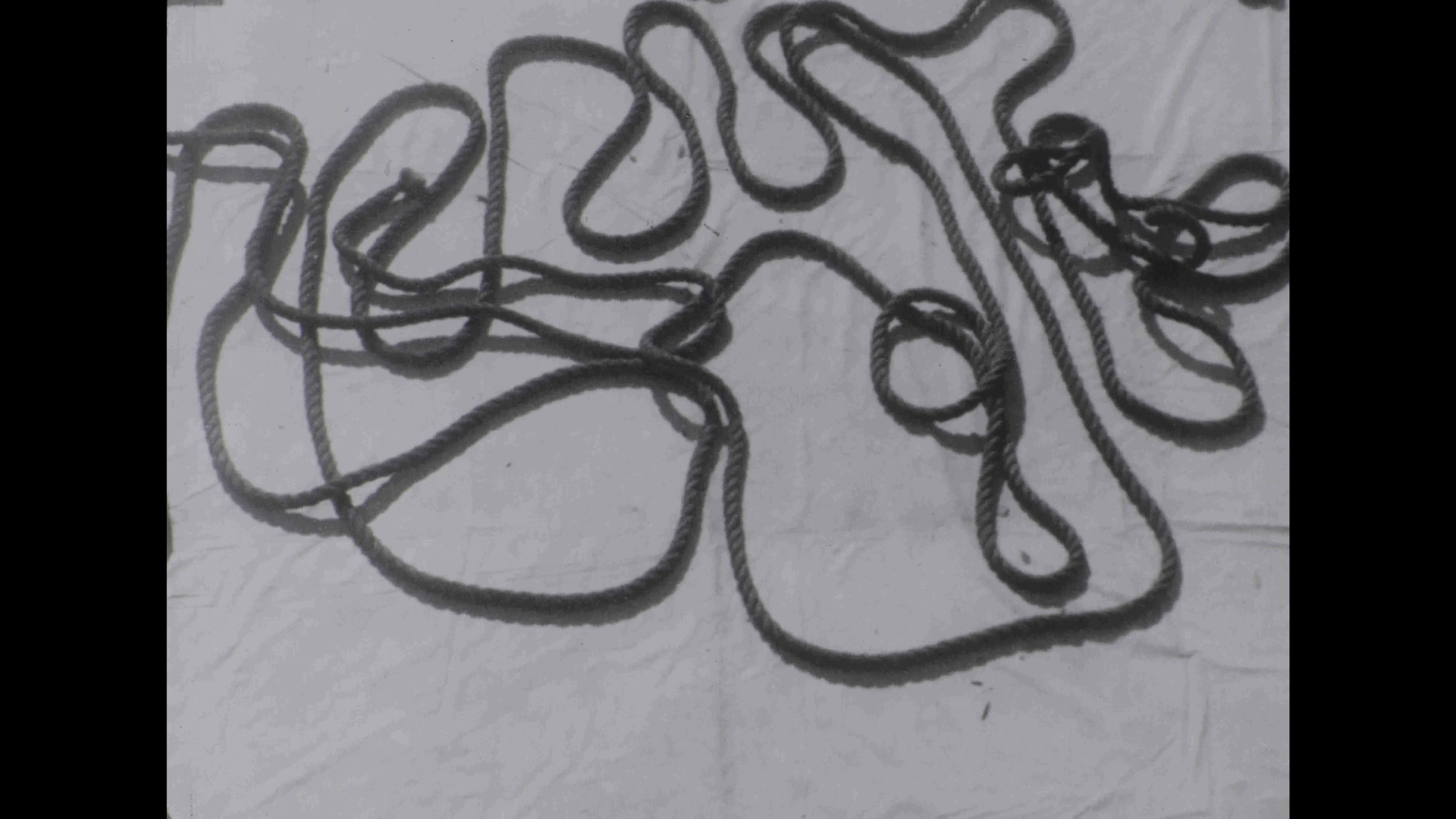 Motivated from a rope, explores the various meanings implicit in the image of the rope visually and metaphorically. 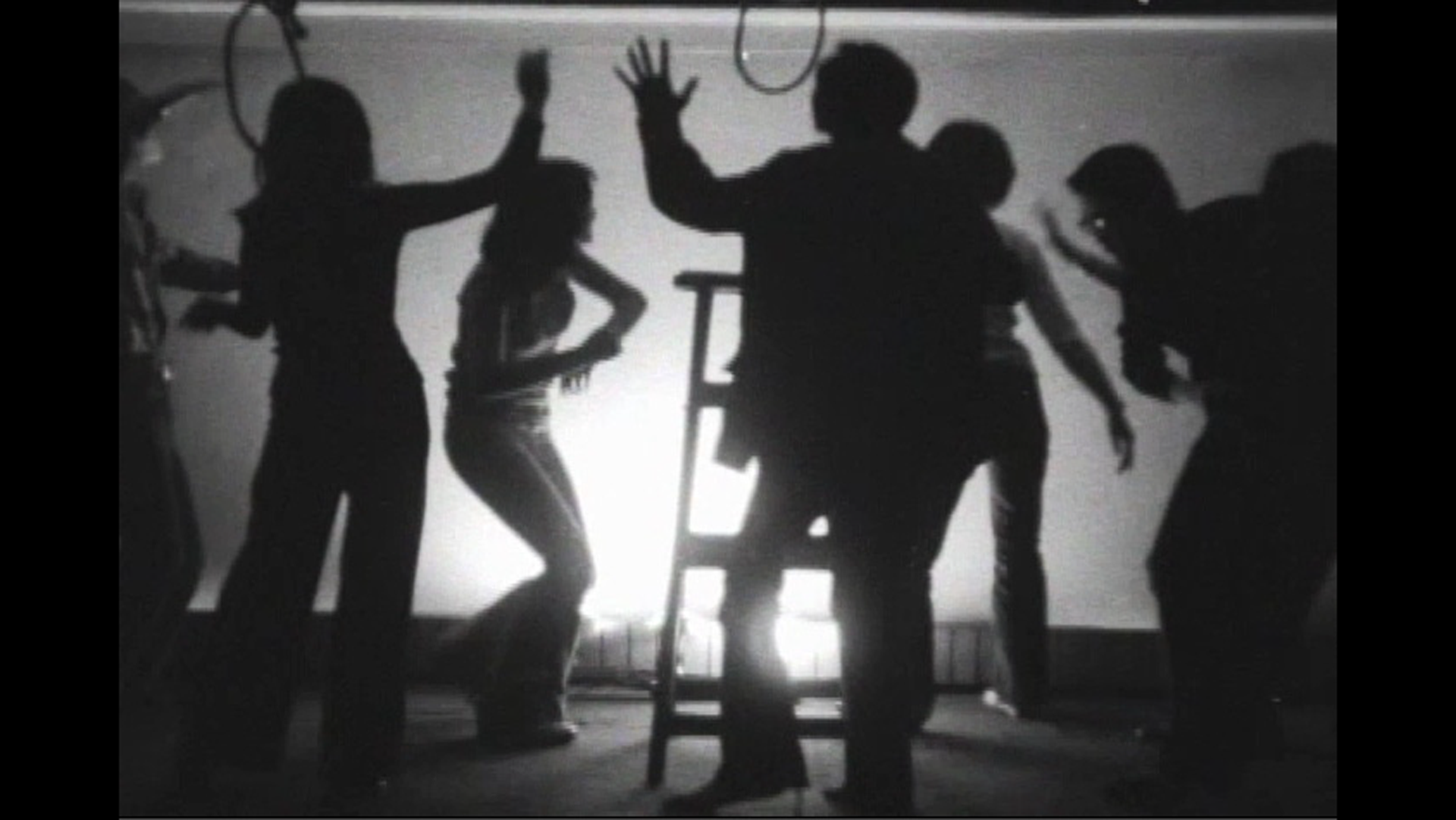 Portray of desperate desire for the escape to the open world from imprisonment.

* HAN Okhee and HAN Okhi, both names were used for the director. JEONJU IFF opts for HAN Okhi with the director's request.
* HAN Okhi’s Shorts are screened with The House is Black of Special Focus: I am Independent section.
DirectorHAN Okhi
Korea 1973 10min DCP b&w Experimental 12
Online 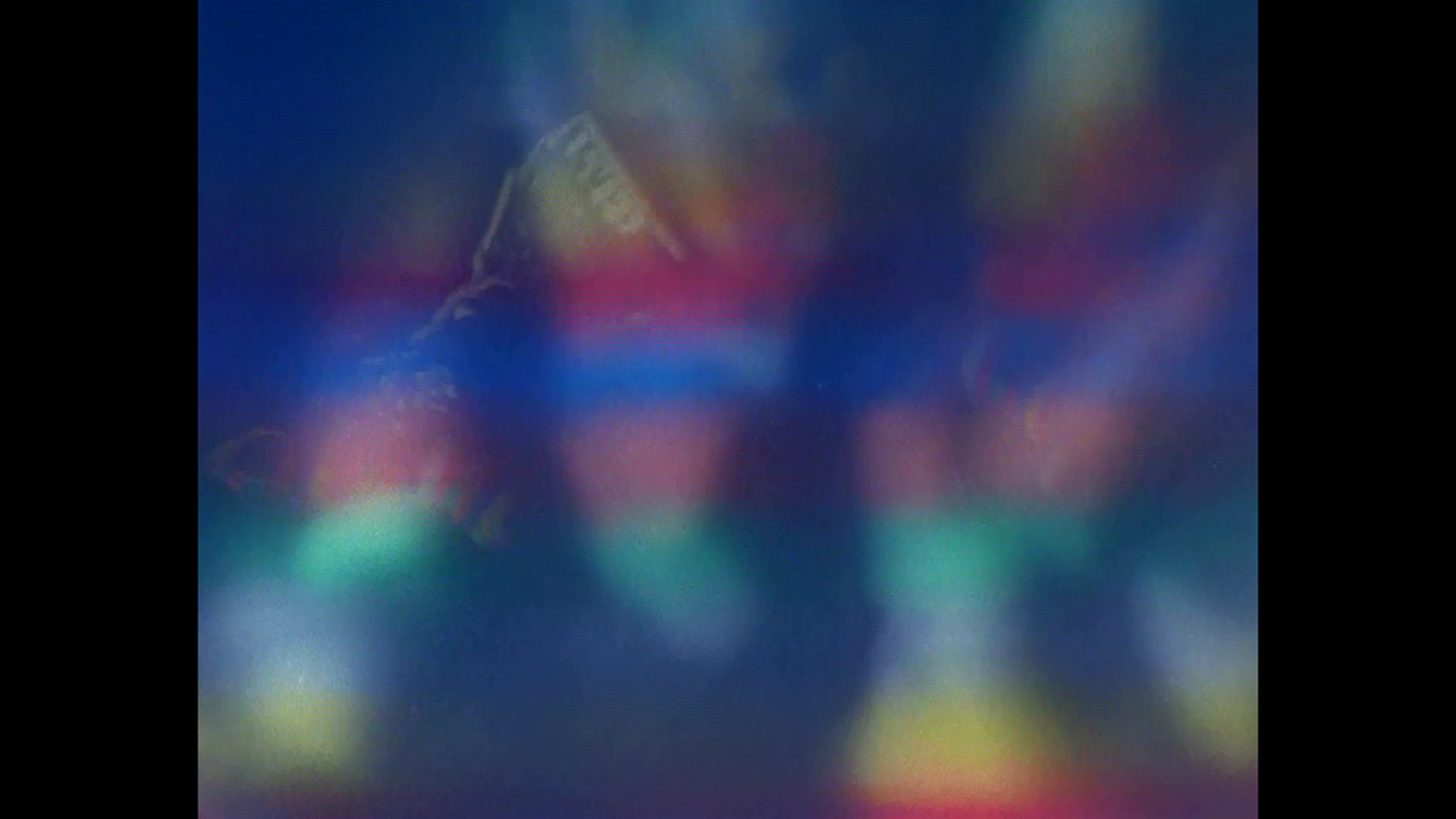 * HAN Okhee and HAN Okhi, both names were used for the director. JEONJU IFF opts for HAN Okhi with the director´s request.
* HAN Okhi’s Shorts are screened with The House is Black of Special Focus: I am Independent section.
DirectorHAN Okhi
Korea 1976 8min DCP color/b&w Experimental G
Online 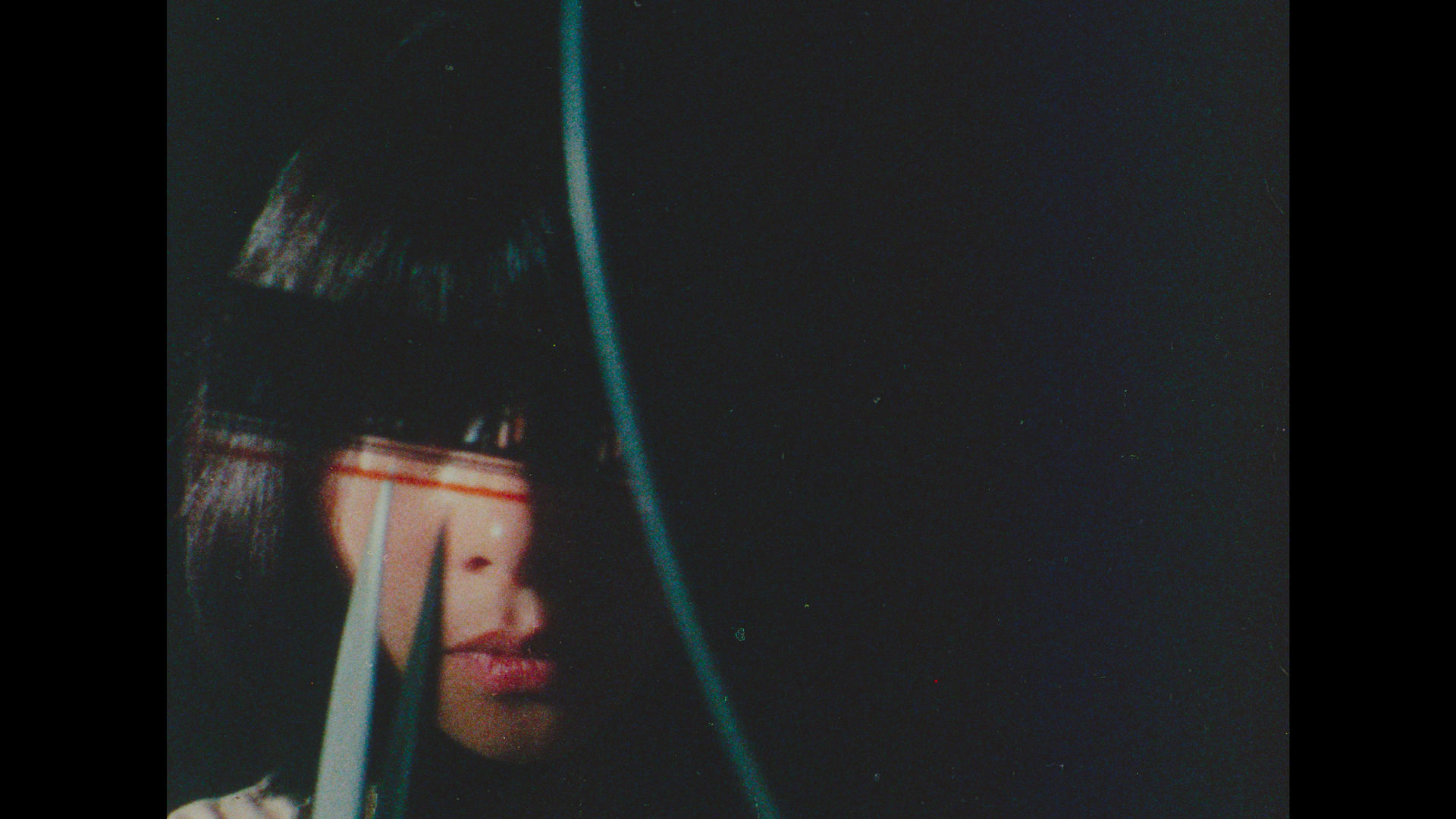 The film contains the despair of an artist’s desire for creation on ruthless censorship, rebel, and anxiety in the mid-70s when it was politically and socially depressed.