While selecting 25 films to be introduced in the Korean Competition for Shorts, the six preliminary juries reached a consensus that an overwhelming number of this year’s entries focus on themes that show different sides of romance and family relationships. The tension and dissonance evoked by intimate and exclusive relationships create a captivating vibe or arouse the audience’s response in close dialogue with images. Focusing on the hardships of lovers and married couples, conflicts between parents and children, and people who have broken up and separated, the films selected for the Korean Competition for Shorts calmly suggest new possibilities for connection and bonding without being engulfed in excess and hatred. Among them are films that drew admiration for their high quality with fresh ideas, sophisticated sensibility, and elegant shooting techniques, as well as works that captured our hearts with irresistible affection and charm despite lacking cinematic competence.

At the same time, the filmmakers recognized and sensibly made use of the boundary to the exterior world and restricted contact, which has become harder than ever due to the pandemic. Through this, familiar spaces have been cinematically dismantled, sometimes creepily and other times in pleasant ways. With the increase in the number of works that were solely filmed indoors, the novelty and visual originality of the spatial description technique stands out, along with the addition of the depth of thought that penetrates human psychology. As part of an effort to look at familiar scenery from an unfamiliar perspective, the walks, adventures, wanderings, and pursuits in cities and natural spaces also caught the juries’ attention. Unconstrained road movies and fantastic local films, as well as scenes that stylishly capture the changes in the light and weather with the main characters’ dialogues at the center are also impressive.

A group of experimental films that rupture the flow of smoothly organized narratives and images is also noteworthy. These works, which induce tension on the screen by boldly splitting elements that mediate images, such as narrators, data, and frames, show the aesthetic aspirations of the artists during the age of cinema without theaters. Additionally, in the absence of documentaries that expose and tenaciously cover social issues, entries that are close to essay films also draw interesting discussions.

The preliminary juries hope that the audience observe the fate of these unfamiliar and persistent short films through the Korean Competition for Shorts at the JEONJU IFF 2022 as well. This year's titles, which gaze into the directors’ own worlds while portraying solidarity and dissolution among people, will surely instill a sense of courage in the viewers. 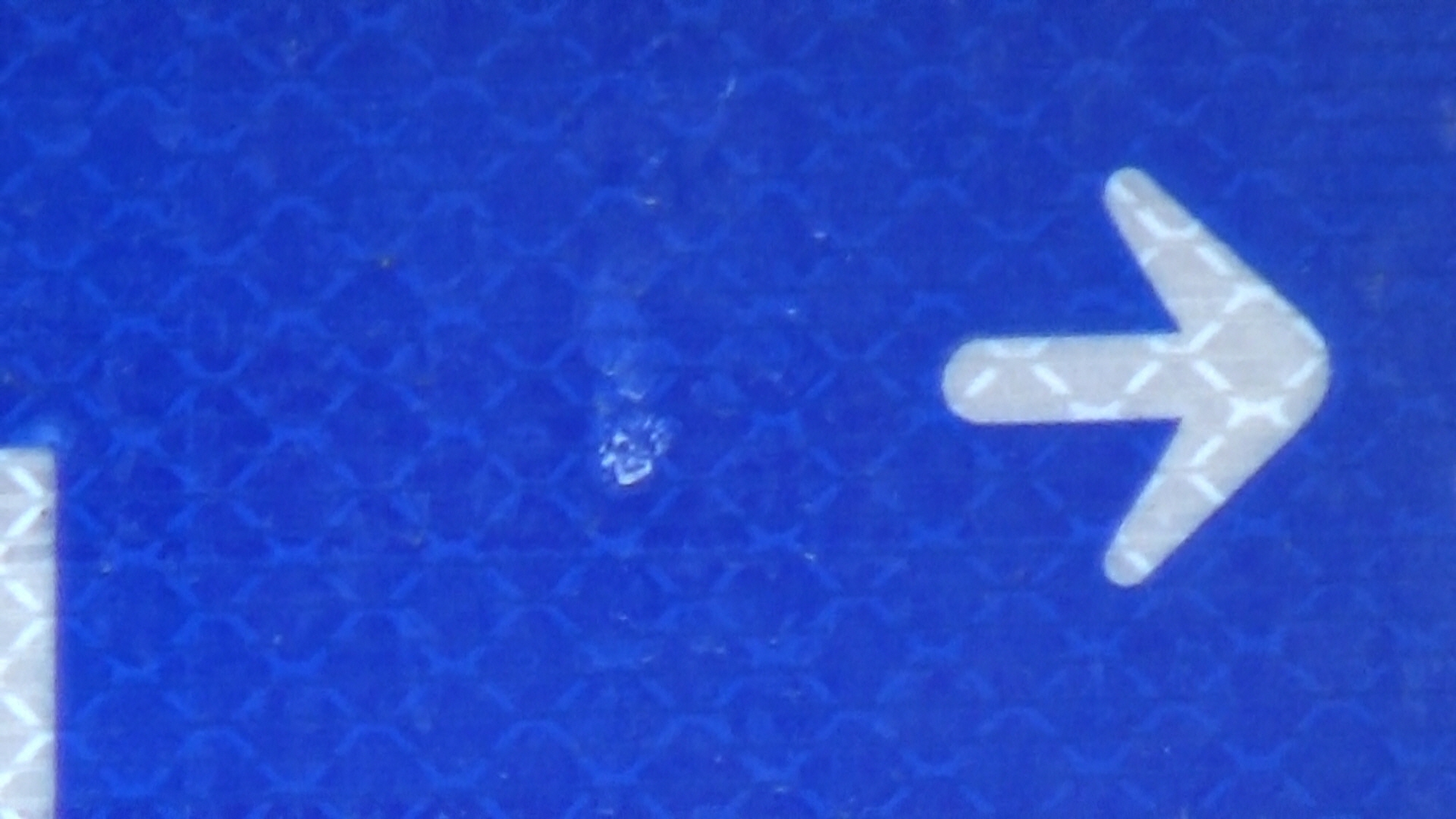 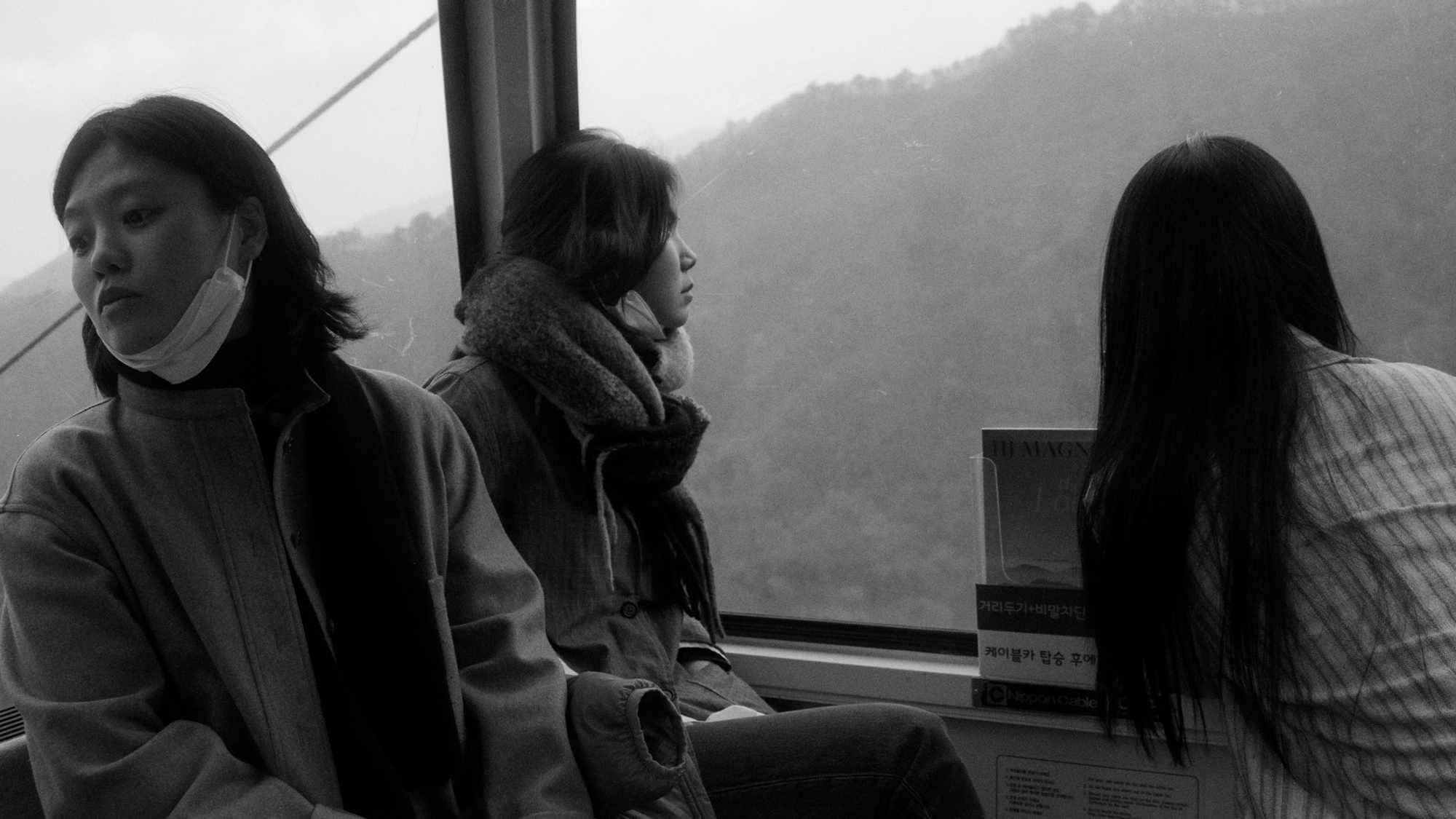 Two friends have recently broken up with their lovers. While taking a walk in a forest in Seoul, they find a bag on a bench. After some time, they travel to Gangwon-do to have their fortunes read. Someone appears out of the blue and yells that the bag is hers.
DirectorJO Heeyoung
Korea 2022 20min DCP b&w Fiction 12 World Premiere
World Premiere
online 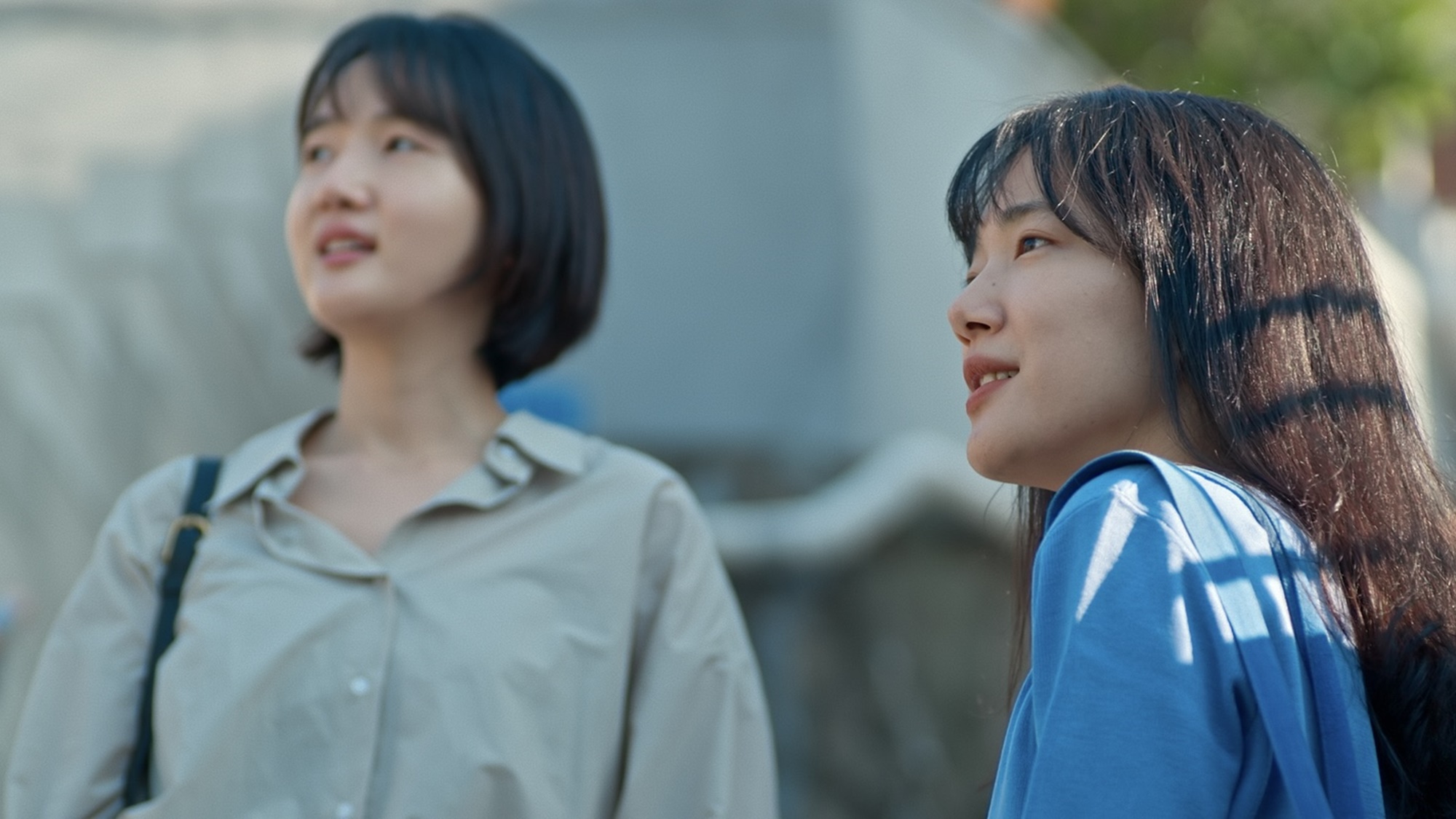 When You Grow Up

Junghee goes to a housewarming party thrown by Soyeon, her friend from high school. While waiting for another friend to arrive, Junghee discusses her script with Soyeon and her husband. Soon, they begin to engage in a war of words.
DirectorKIM Eun-hee
Korea 2022 34min DCP color Fiction 15 World Premiere
World Premiere
online 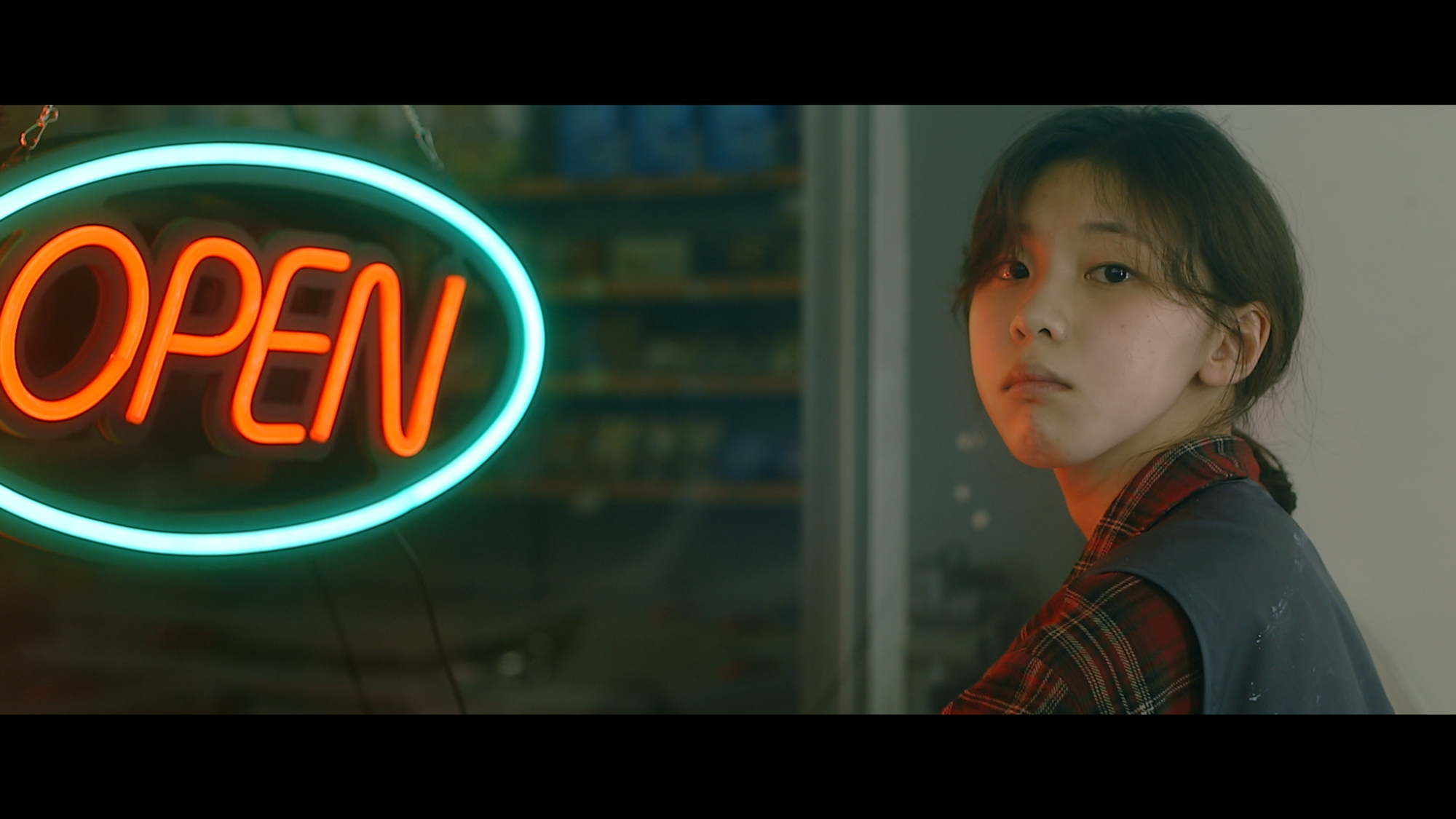 Do-kyung struggles to get ahead, while Byeong-tae already fell behind a long time ago. A dejected youth, Do-kyung juggles her studies and part-time work at a convenience store. Meanwhile, Byeong-tae is burdened by his mother’s hospital bills. Just when he sees a light at the end of the tunnel, Do-kyung ruins everything. An inevitable showdown between the two begins.
DirectorKIM Minju
Korea 2021 29min DCP color Fiction G World Premiere
World Premiere
online 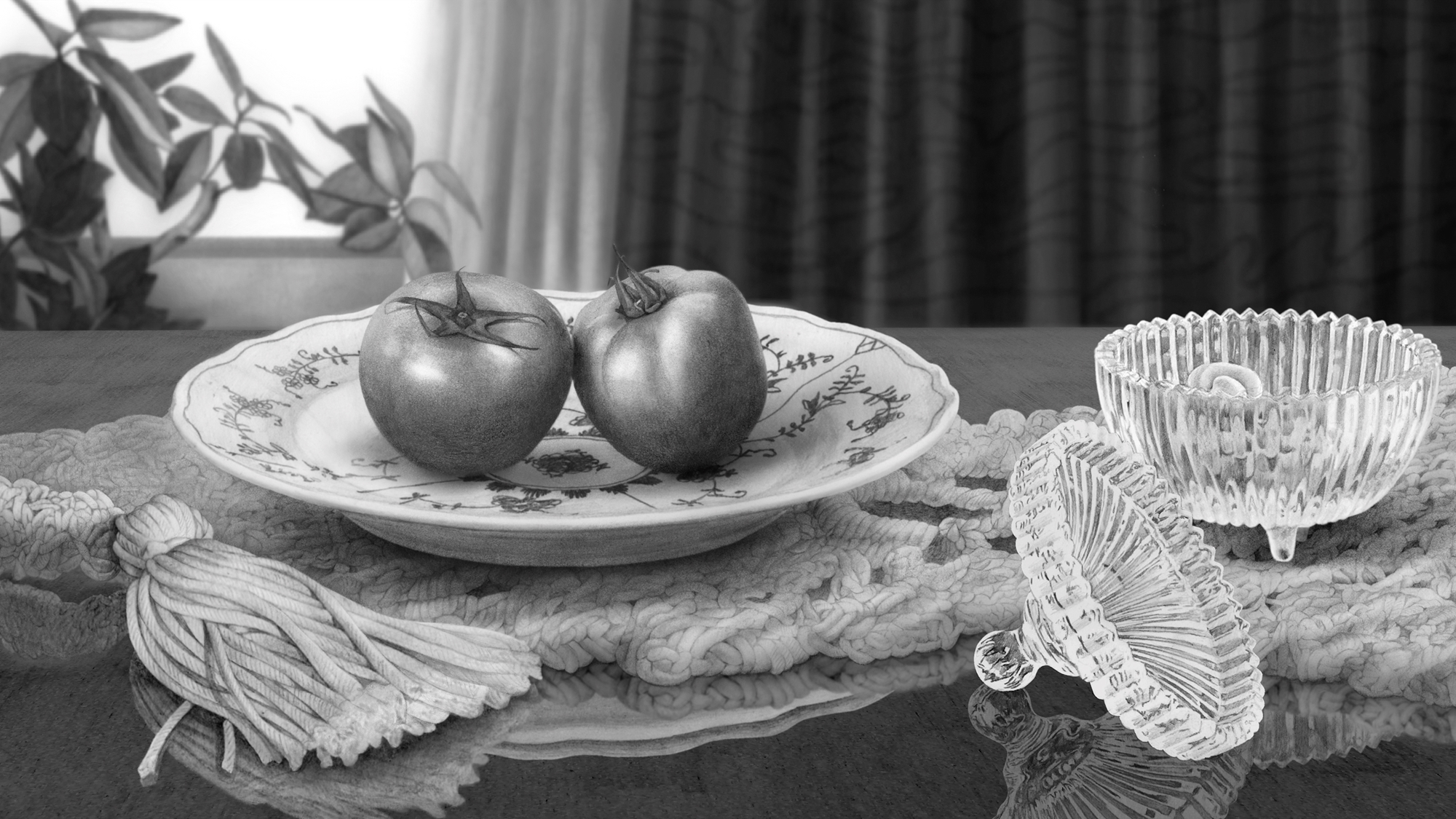 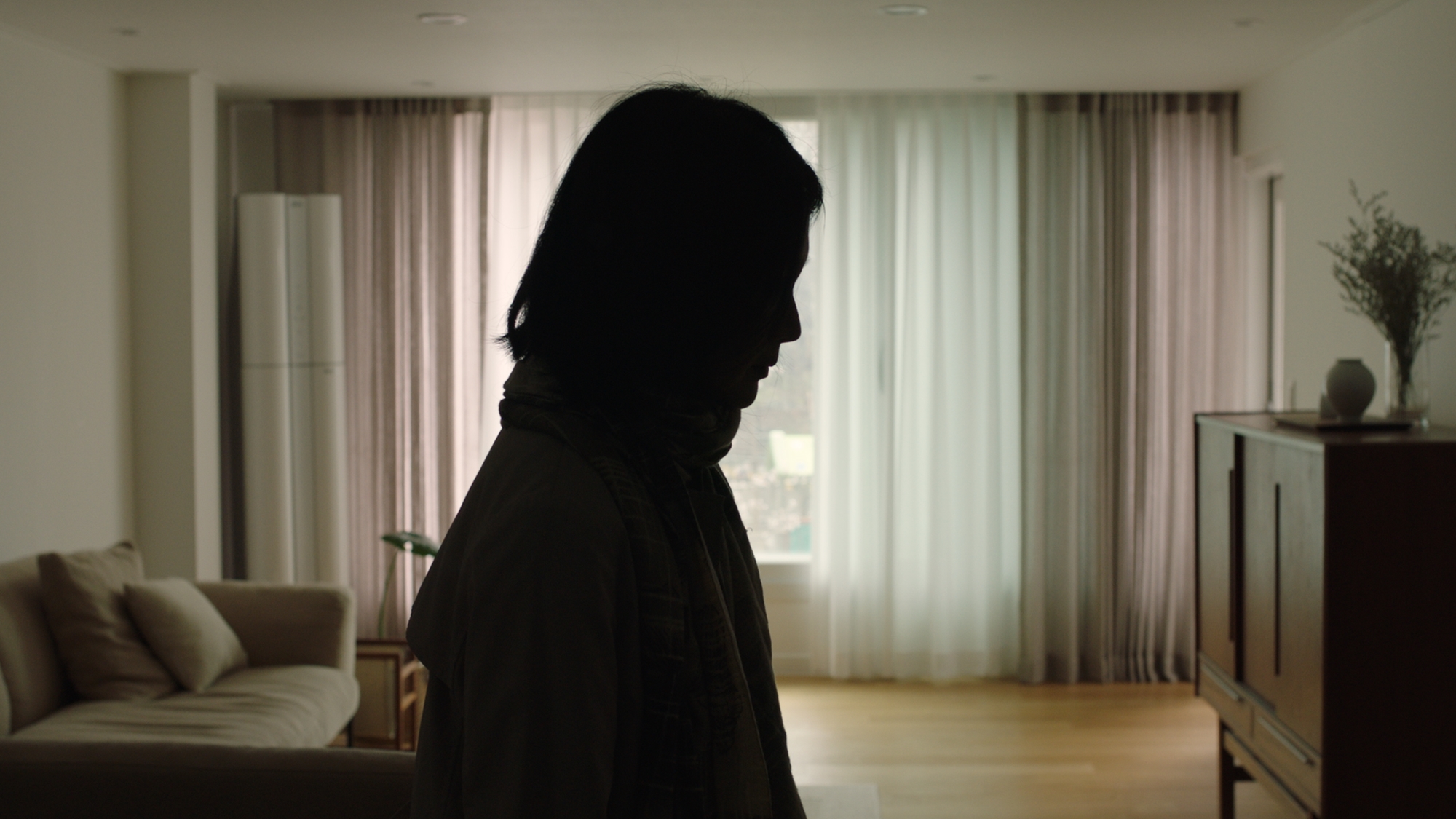 When her daughter, Ga-yeon, gets a new boyfriend, Yeong-hee has a dream about the couple sleeping together.
DirectorKIM Jin-hyeong
Korea 2021 26min DCP color Fiction 15 World Premiere
World Premiere
online 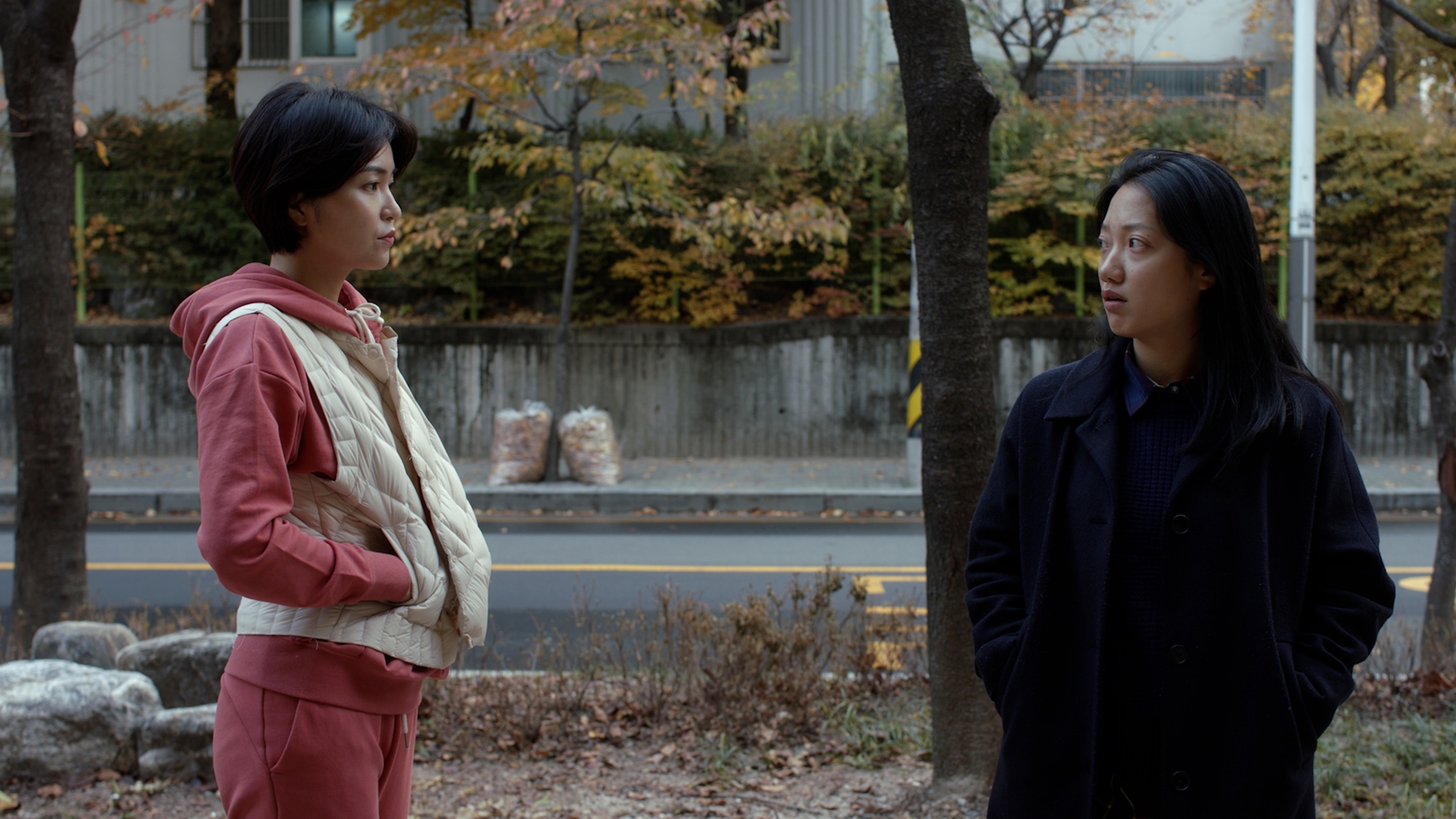 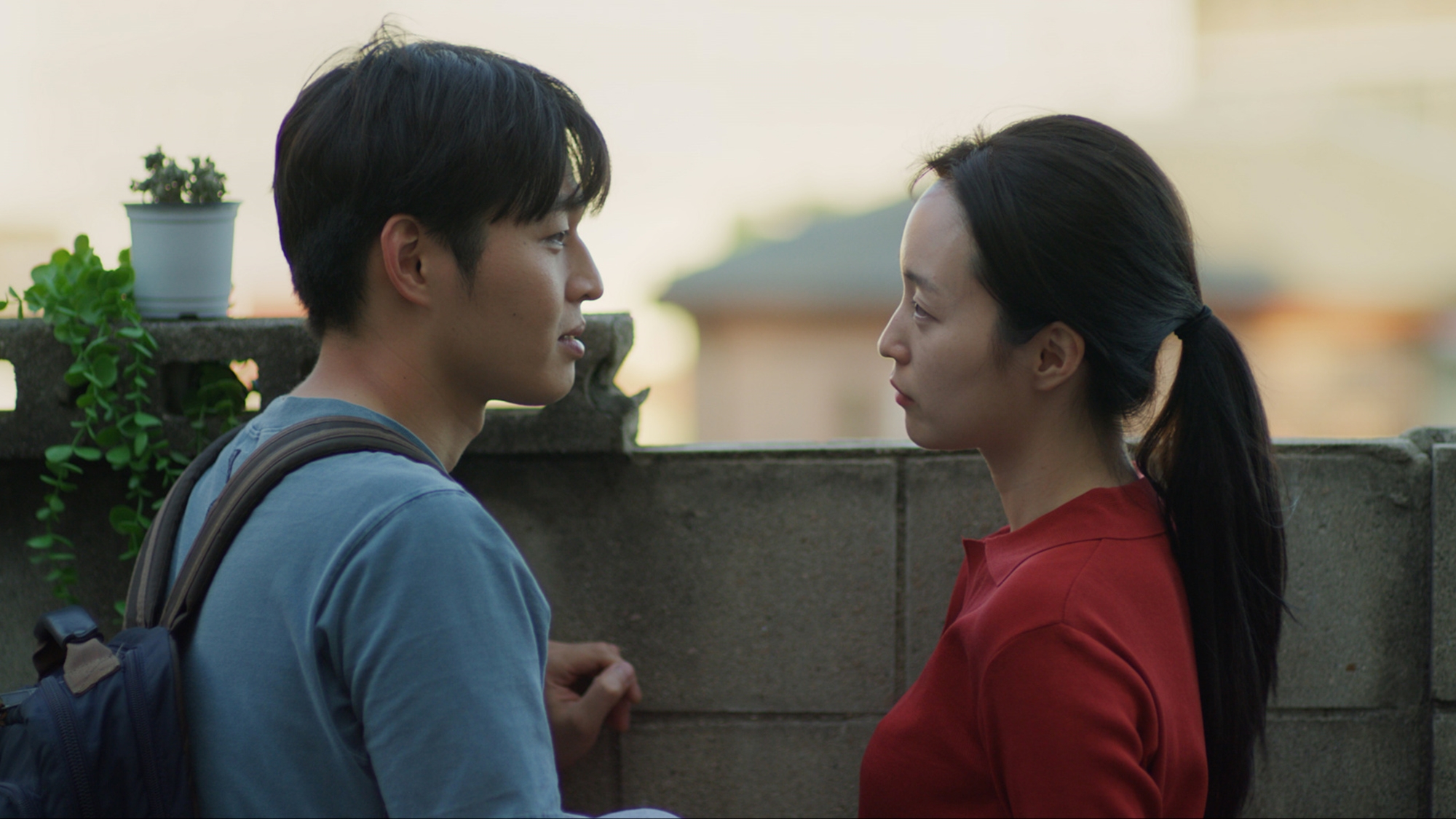 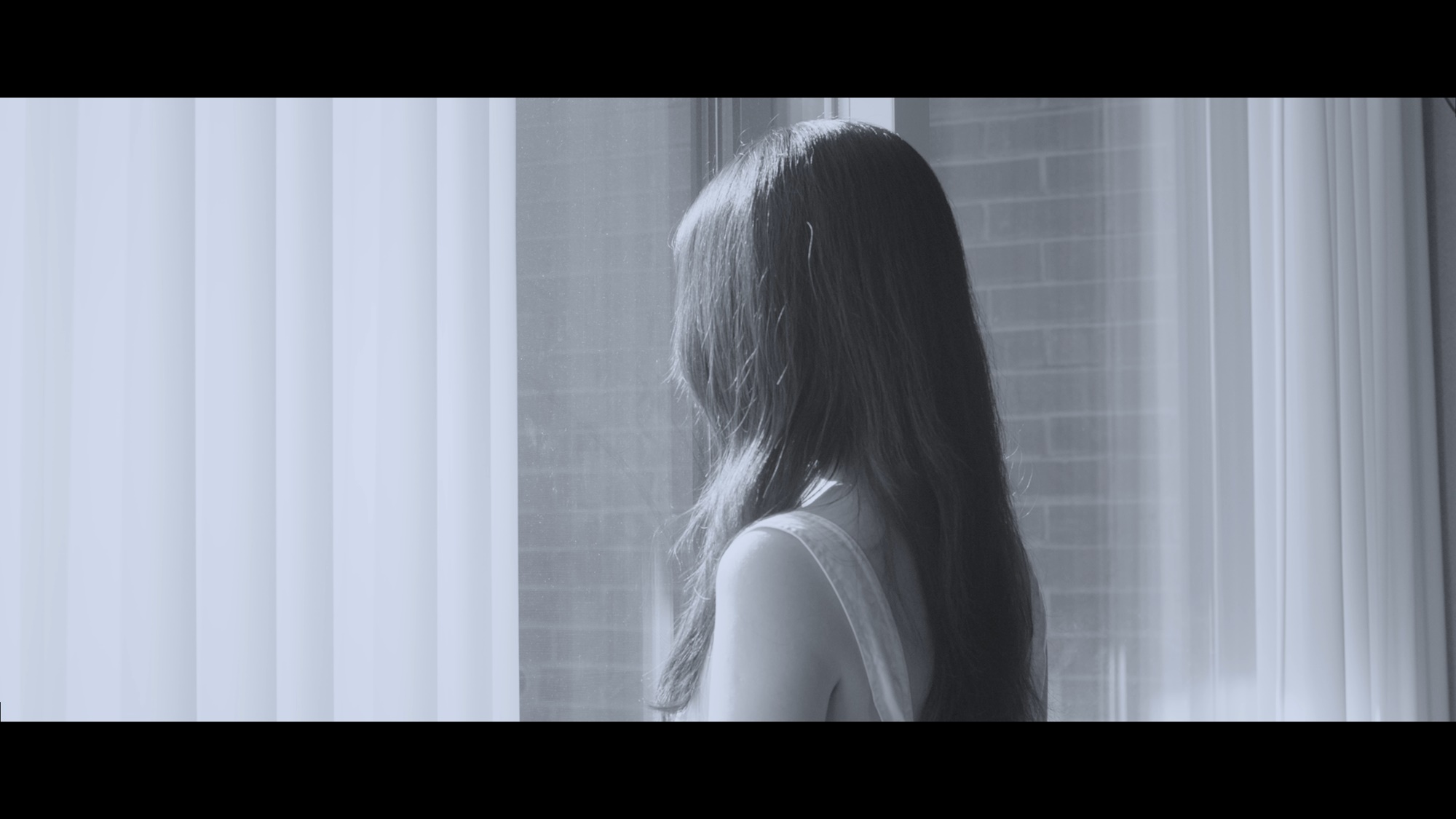 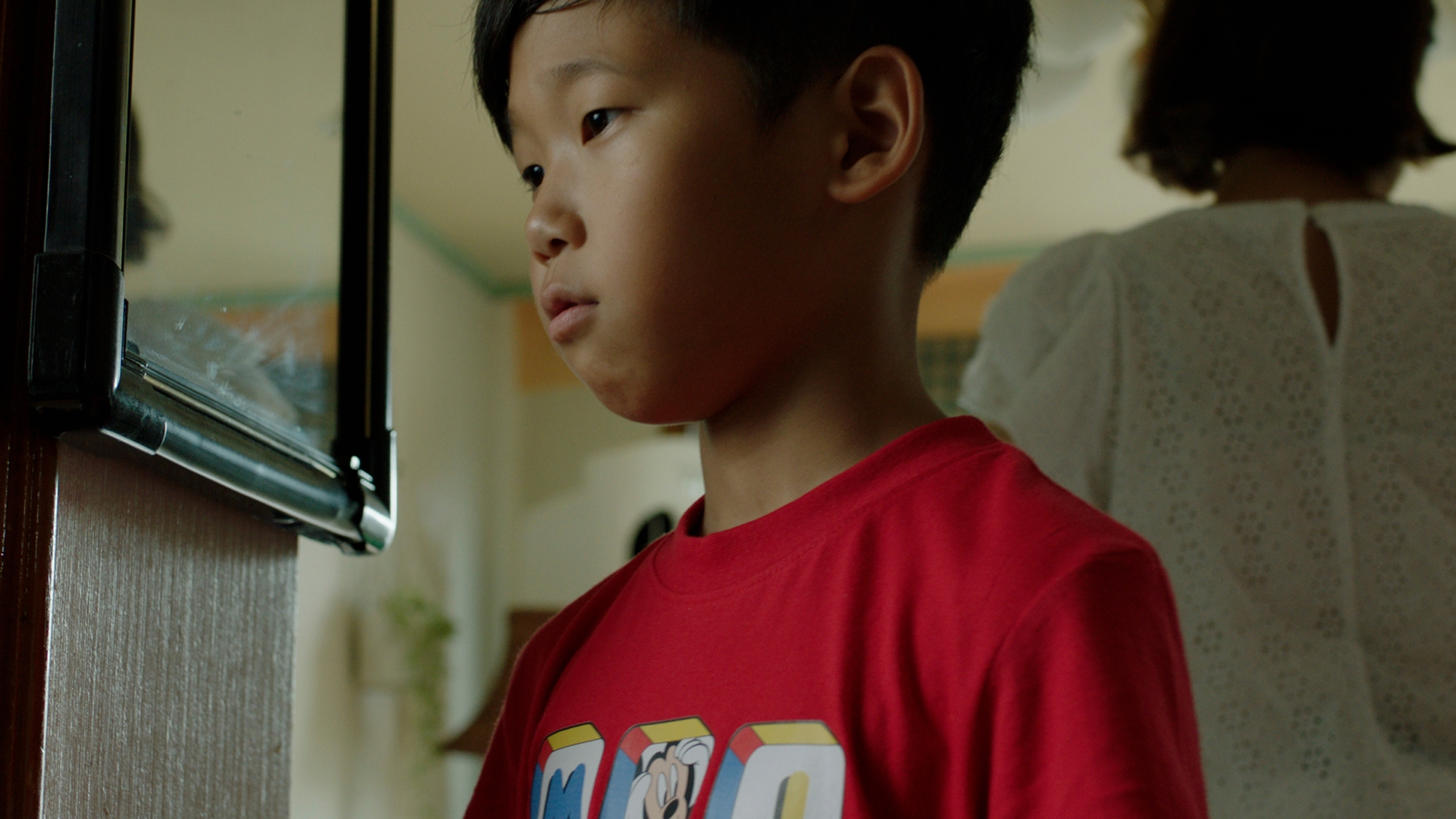 Sol and her parents return to Korea after living in the States for seven years. While staying at her aunt’s house with her mother, Sol finds a goldfish in a fishbowl and reaches for it…
DirectorDaniel LEE
Korea 2022 24min DCP color Fiction 12 World Premiere
World Premiere
online
Sponsor