For a long time, sports have been considered as the manifestation of masculinity with power. Competition and conquest involved in sports seemed to prove it. However, just like many thoughts and history in the world, a closer look at them might suggest otherwise. There are a lot more people to focus on and more stories yet to be told. The four documentaries we present in this section exemplifies why sport is for women.
Have you ever heard young girls working for a textile factory became Olympic gold medalists in 1964? THE WITCHES OF THE ORIENT tells a fascinating story of undefeated girls who started as amateur sports players from a team, playing sports after work. They later became members of the Japan women’s national volleyball team and played in 1964 Olympic games to win gold medals. The international media called them Witches of the Orient. Now in their 70s, the “witches” meet to talk about the training they undertook and to talk about their memories. As Emily Dickinson wrote, “Witchcraft has not a pedigree.” After them, no team could break their record and the harsh training that went through is impossible to happen now. THE WITCHES OF THE ORIENT traces the days when the witches ruled the world.
The highest title awarded to chess players is the title of grandmaster. Nona Gaprindashvili became the first female grandmaster. She was a young Georgian woman who beat many male opponents, establishing a record that sounds like one that appears in fiction. Georgia has something truly astonishing in that all four female grandmasters during the Cold War are from Georgia, a country with about 3.7 million population. The film does not reveal what makes Georgian women so strong. Still, Glory to the Queen presents us a reunion of those who have enjoyed this fascinating sport requiring physical exertion and miracle borne out of imagination.
Poet Ibaragi Noriko, in her poem More Strongly, claimed as follows. “Nothing would begin / Ah, if we, ah / do not desire more strongly.” Girls Can’t Surf continues Ibaragi’s spirit, focusing on female surfers who took on the male-dominated field and worked hard to achieve equality. They never stopped enjoying surfing and life, despite apparent pay gap and prejudices against female surfers. Reflecting on the history of surfing, this film leads us to rediscover women’s bodies, not as an object but as an active agent bravely facing natural laws of gravity and a wild wave. Their bodies are never afraid to take any challenges. They delight in challenges to the world.
Life like a girl is not a story about a hero. Rather, it is a story of ordinary girls who train every and each day to be better than they were the day before. One girl is not consistently good. The coach who she admires and who has shown her a tough love is no longer reliable. Despite these difficulties, the girls move on and keep working, as Adrienne Rich suggested. Since one move leads to another, they keep marching on to their goals.
After watching these films, the viewers will confirm the title of this section is unarguably true.
Sports is for women. 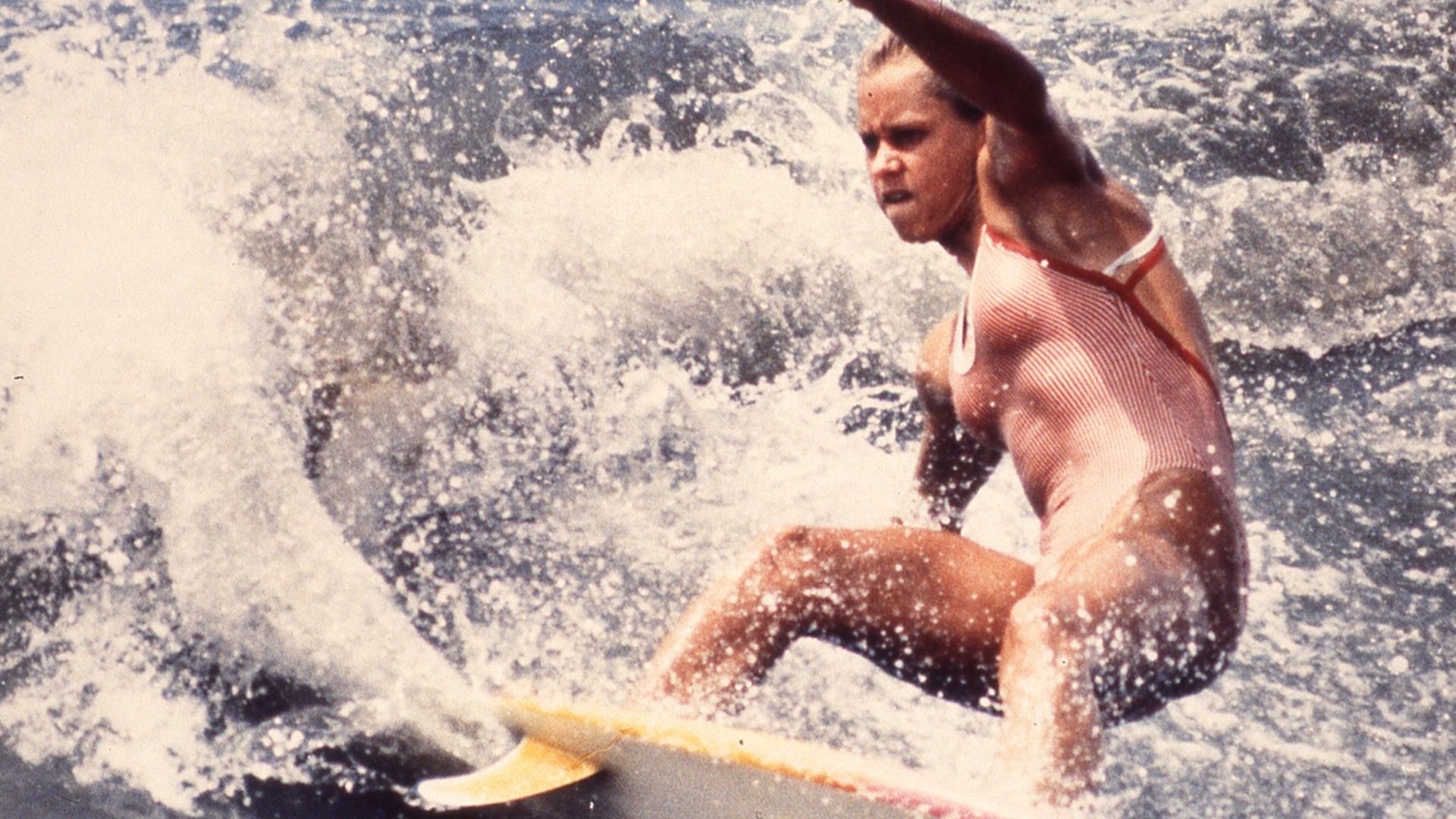 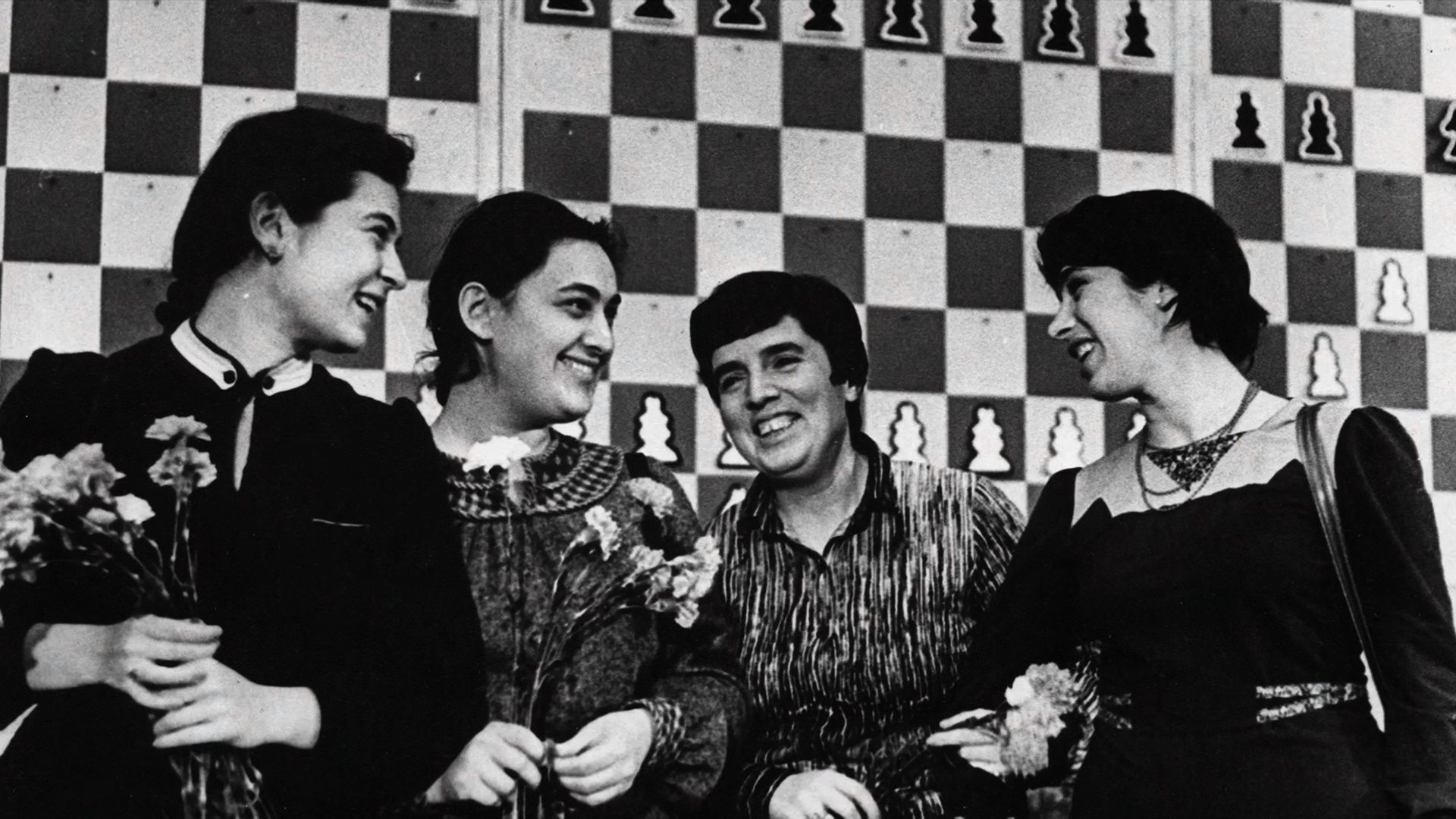 Glory to the Queen 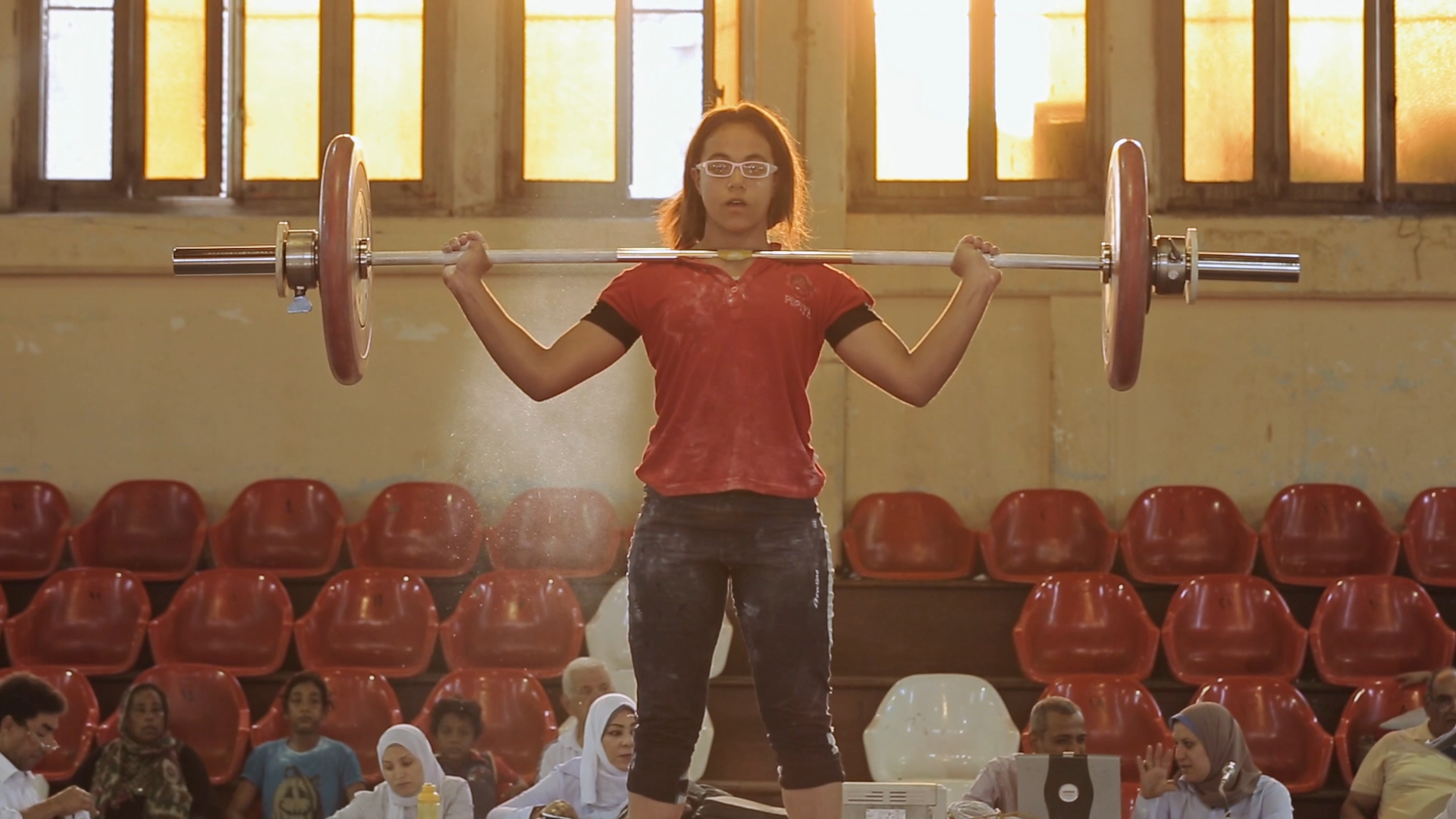 From a scrappy, vacant-lot training site in Alexandria, Egypt to the Olympic Games, 14-year-old Zebiba (“raisin” in Arabic) stands at the precipice between childhood and weightlifting champion – guided only by her dedicated yet relentless coach, Captain Ramadan, and her own competitive edge. Can she make the leap?
DirectorMayye ZAYED
Egypt, Germany, Denmark 2020 93min DCP color Documentary G Asian Premiere
Asian Premiere
Online 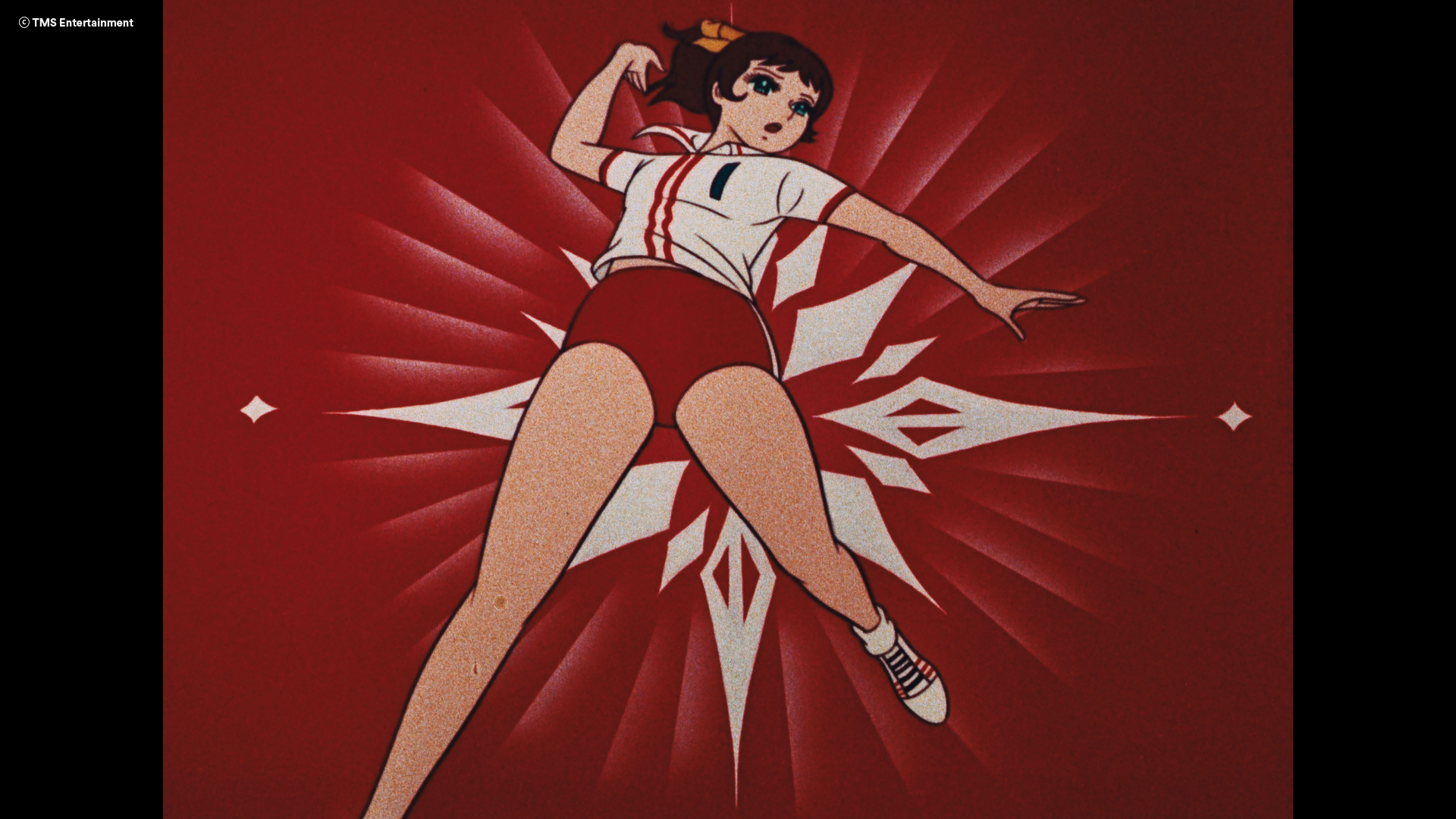 THE WITCHES OF THE ORIENT

Journey to meet the former players of the Japanese women’s volleyball team. Now in their 70s, they used to be known as the “Witches of the Orient” because of their seemingly supernatural powers on the courts. From the formation of the squad in the late 1950s as a worker’s team at a textile factory, right up until their triumph at the 1964 Olympic Games in Tokyo, their memories, and true magic from long ago bubble up into a heady brew where fact and fable fly hand in hand.
DirectorJulien FARAUT
France 2021 100min DCP color Documentary 12 Asian Premiere
Asian Premiere
Online

Some call the World Cinema section the backbone of JEONJU IFF since it plays a pivotal role in introducing titles of all genres and titles from all over the world. This year’s edition features 18 titles. Paolo Conte. Via con me (It’s wonderful) is a documentary following the life and music of an Italian singer and artist Paolo Conte. Miss Marx follows Eleanor Marx, the youngest daughter of Karl Marx. Her fight for workers’ rights and women’s rights is depicted in the film. The Past is Always New, The Future is Always Nostalgic Photographer Daido Moriyama is a documentary about Moriyama Daido, the king of the street documentary. The film follows Moriyama’s art world and the endeavor of a book designer who works with him to publish his photobook. The Big Hit tells a touching story about an actor who works with prisoners to perform Waiting for Godot. Also noteworthy is Underplayed, which presents the portraits of women pioneering DJing. These women soldier on, although they are often underrated and barred by numerous barriers to entry.

In addition, we can meet titles of various genres, telling us a wide variety of stories in this section. I am Greta presents the portraits of teen climate icon Greta Thunberg who initiated a call for action on climate change outside of the Swedish Parliament starting from 2018. Under the Open Sky casts questions on what it means to live ethically through the story of an ex-mob (yakuza) and ex-convict played by the Japanese actor Yakusho Koji. It further asks whether it is worthwhile to adjust to social norms and live a “normal” life and whether the world that we live is truly a wonderful one. The Translator follows Sami, a refugee living in Australia. He risks everything to go back to his war-torn Syria to find his brother, who is arrested for his involvement in the pro-democracy movement. After Love is a secret love story of a man who loved two women living across the English channel. Fires in the Dark by French filmmaker Dominique Lienhard tells a story adapted from Yoshimura Akira’s novel.​ 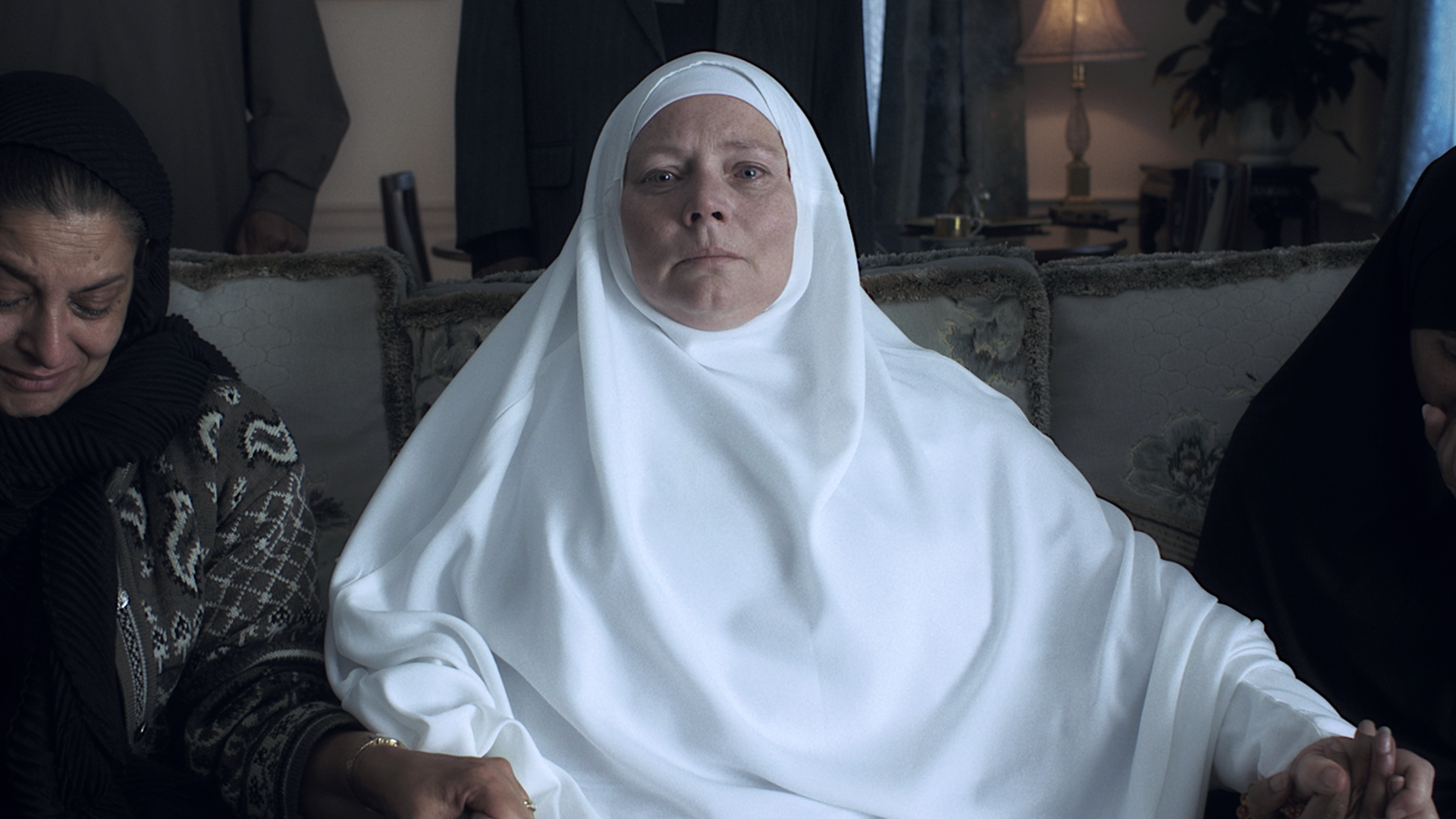 Set in the port town of Dover, Mary Hussain suddenly finds herself a widow following the unexpected death of her husband. A day after the burial, she discovers he has a secret just 21 miles across the English Channel in Calais.
DirectorAleem KHAN
UK 2020 91min DCP color Fiction 15 Korean Premiere
Korean Premiere 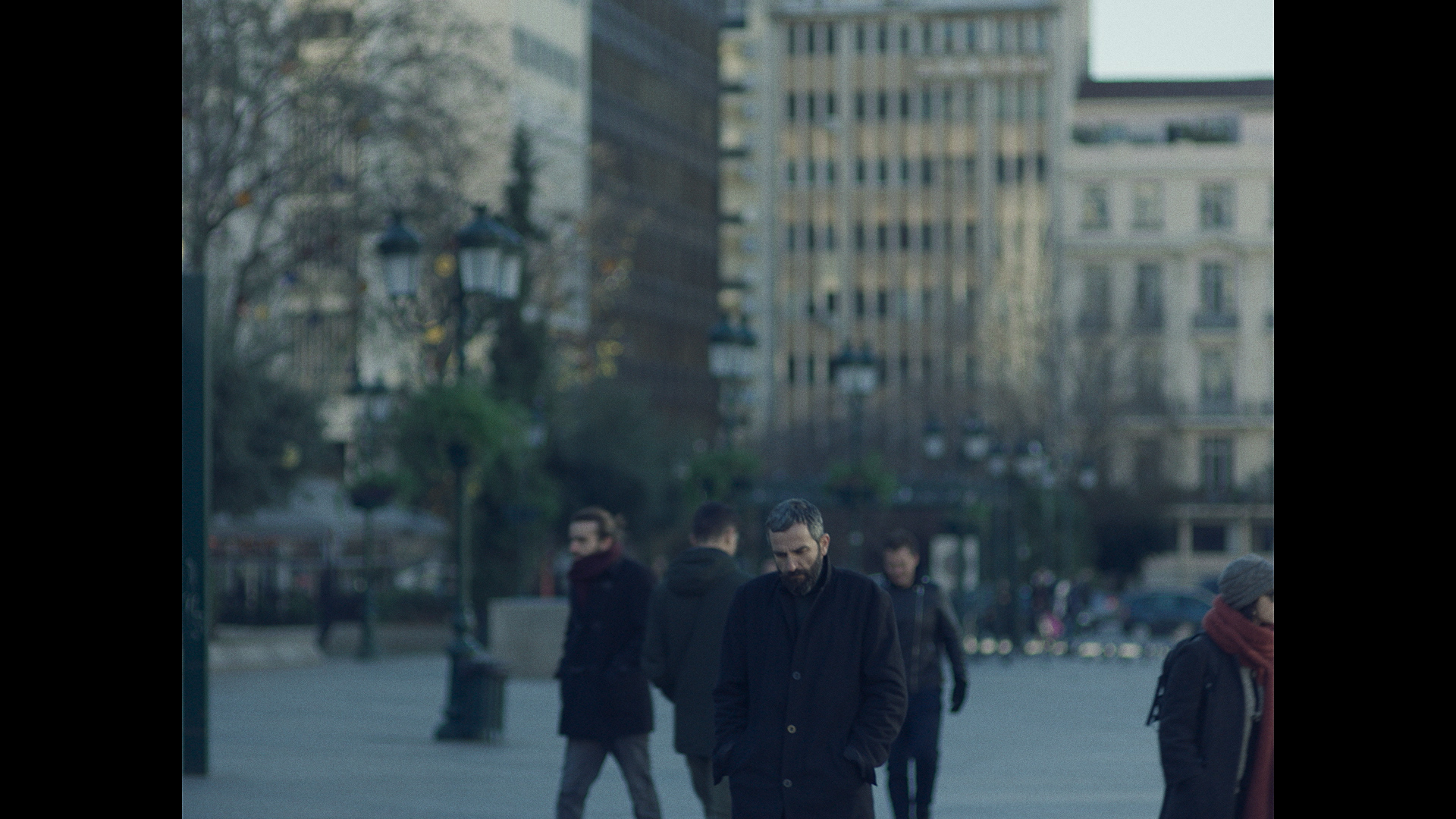 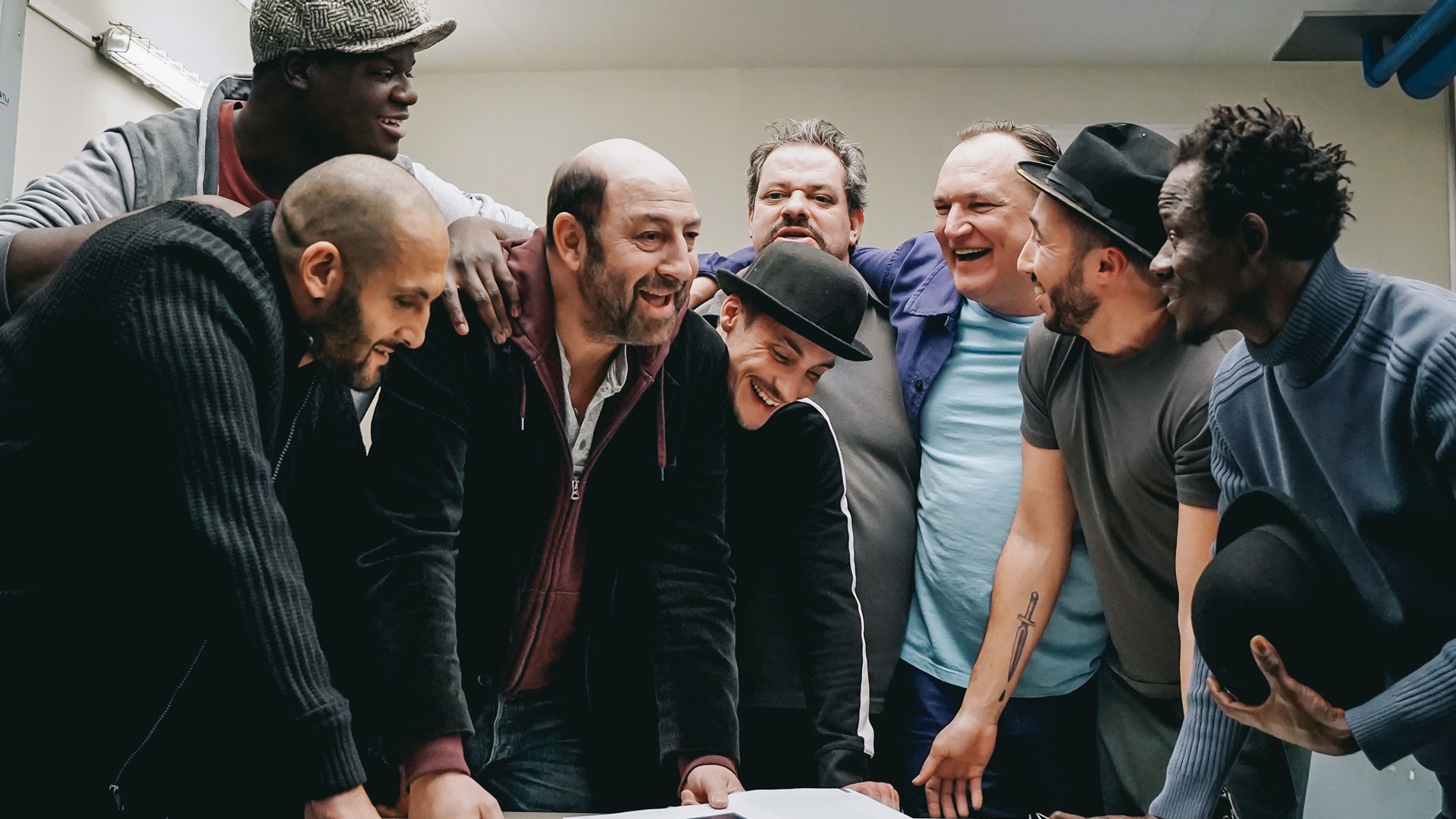 Etienne, an often out of work but endearing actor, runs a theater workshop in a prison, where he brings together an unlikely troupe of prisoners to stage Samuel Beckett’s famous play Waiting for Godot.
DirectorEmmanuel COURCOL
France 2020 107min DCP color/b&w Fiction 12 Korean Premiere
Korean Premiere 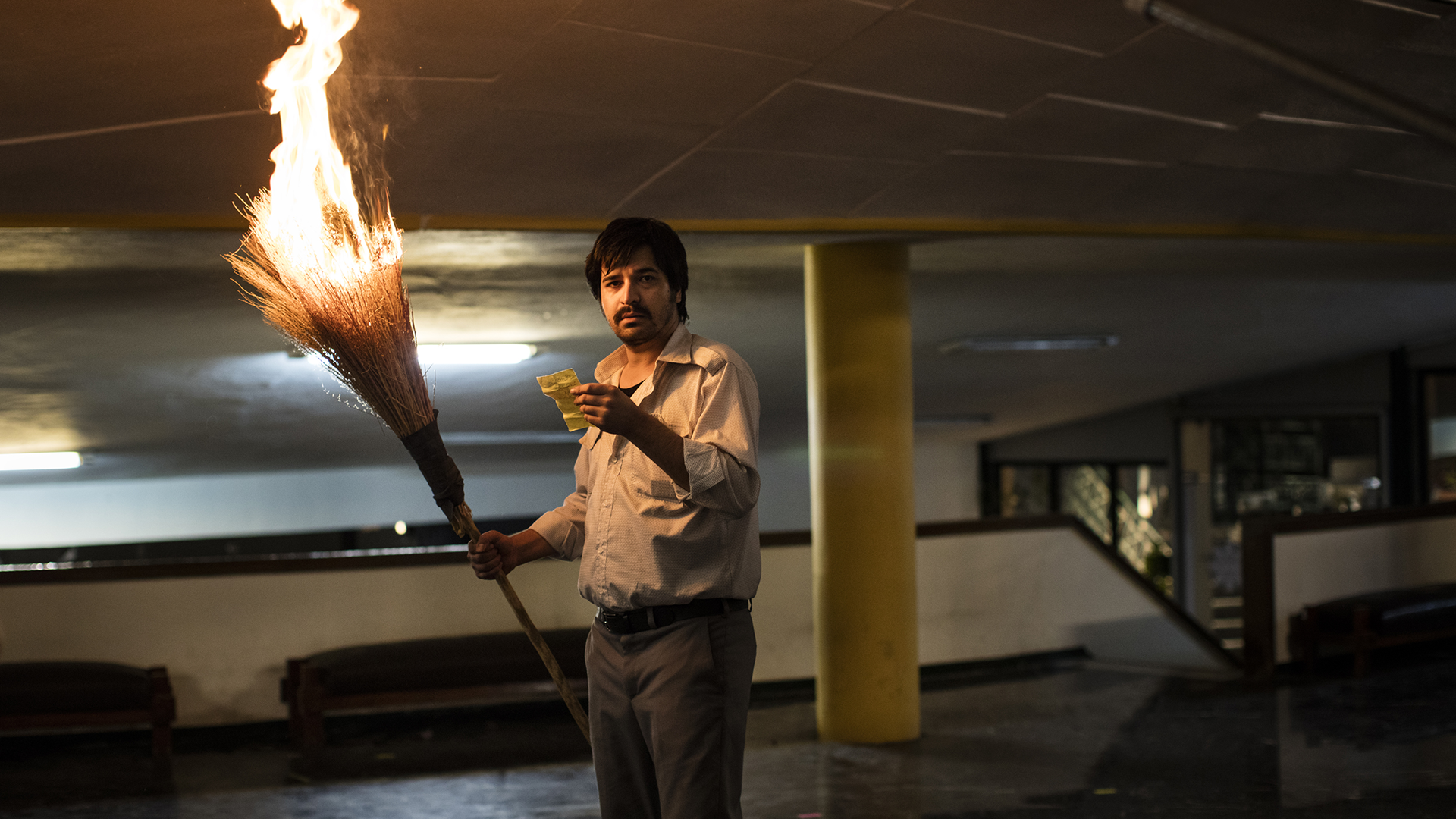 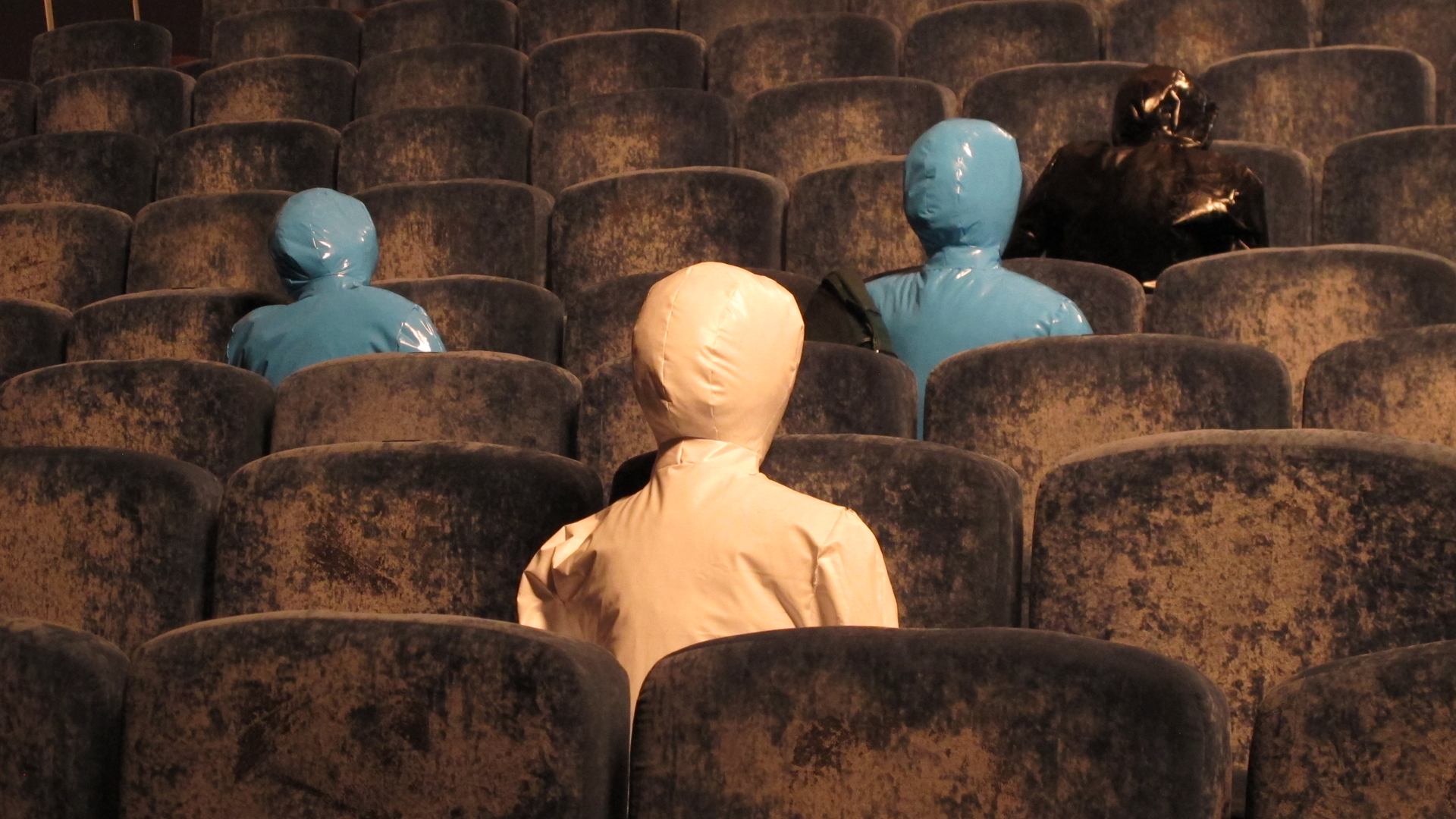 Natalia, a nun from a remote Russian monastery, comes to Moscow 17 years after the terrorist attack in Dubrovka Theatre. She was sent there to organize a memorial evening for the victims of the attack. Following the chronology of the events as told by a few participants in the memorial evening, we learn the dark details of Natalia’s personal story.
DirectorIvan I. TVERDOVSKIY
Russia, Estonia, UK, Italy 2020 136min DCP color Fiction 15 Korean Premiere
Korean Premiere
Online

An obsessed teenage fan finds herself inside a mansion with her celebrity idol she thought she knew and learns exactly why they say never meet your heroes.
DirectorAntoinette JADAONE
Philippines 2020 101min DCP color Fiction 18 Korean Premiere
Korean Premiere
Online 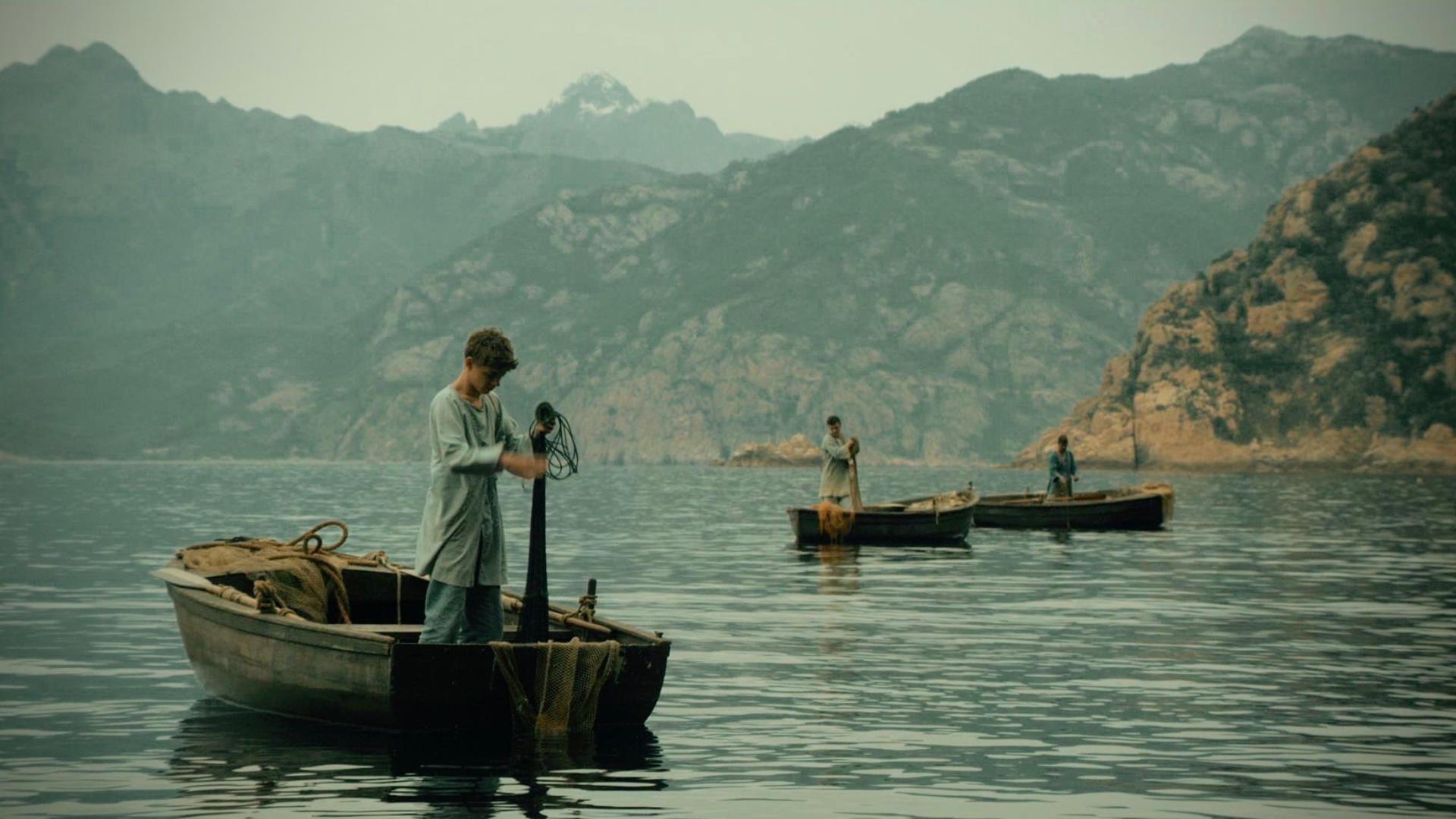 Fires in the Dark

In the seventeenth century. Set in a small village, nestled between the sea and the mountain, the father of Alan, a fifteen-year-old boy, has sold himself for two years to indentured service. Alan is forced to take the place of his father and struggles to support his family.
DirectorDominique LIENHARD
France 2020 95min DCP color Fiction 12 Korean Premiere
Korean Premiere
Online 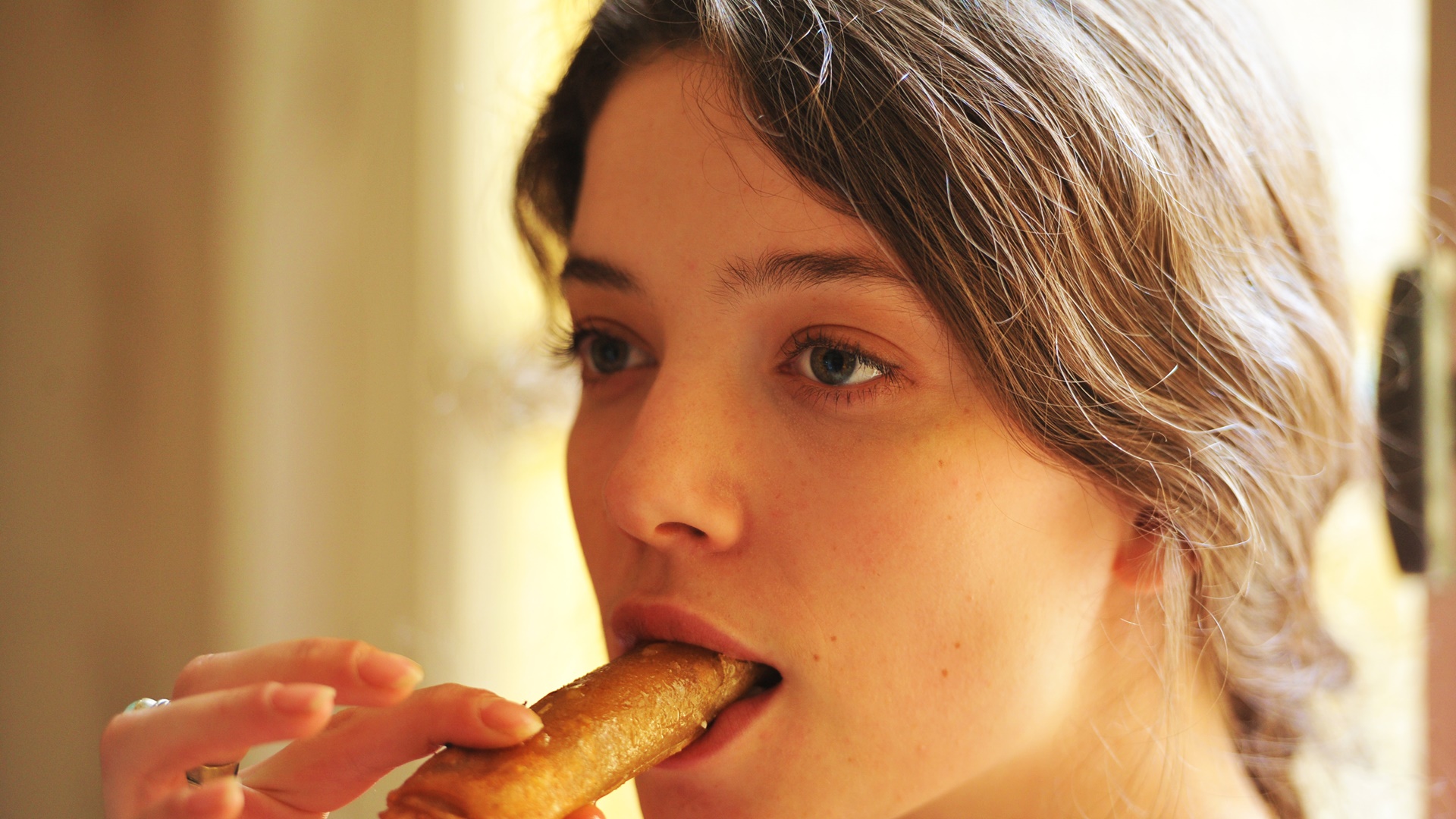 Paris, 1993. 17-year-old Selma lives in a bourgeois and secular Berber family. When she meets Julien, a provocative young man, she realizes for the first time how the heavy rules of patriarchy affect her intimacy. As she faces her own fears to explore the power and dangers of her desire, her family crumbles and the terror of fundamentalism emerges in her country of origin. Selma must fight back to reclaim her body and become a free woman.
DirectorKamir AÏNOUZ
France, Algeria 2020 100min DCP color Fiction 15 Korean Premiere
Korean Premiere
Online 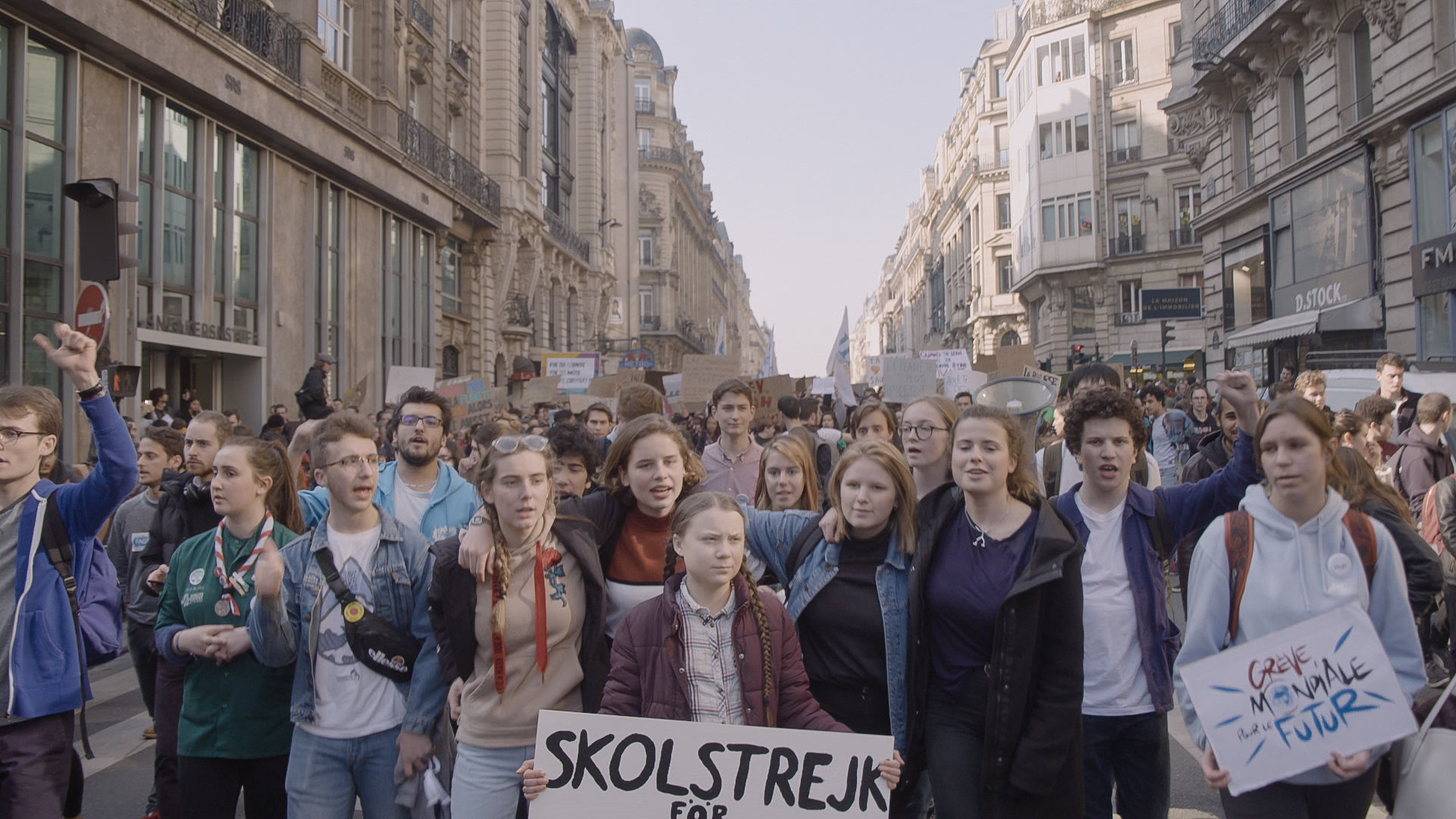 The story of teenage climate activist Greta Thunberg is told through compelling, never-before-seen footage in this documentary following her rise to prominence and her global impact as she sparks school strikes and protests around the world.
DirectorNathan GROSSMAN
Sweden 2020 97min DCP color Documentary G Korean Premiere
Korean Premiere 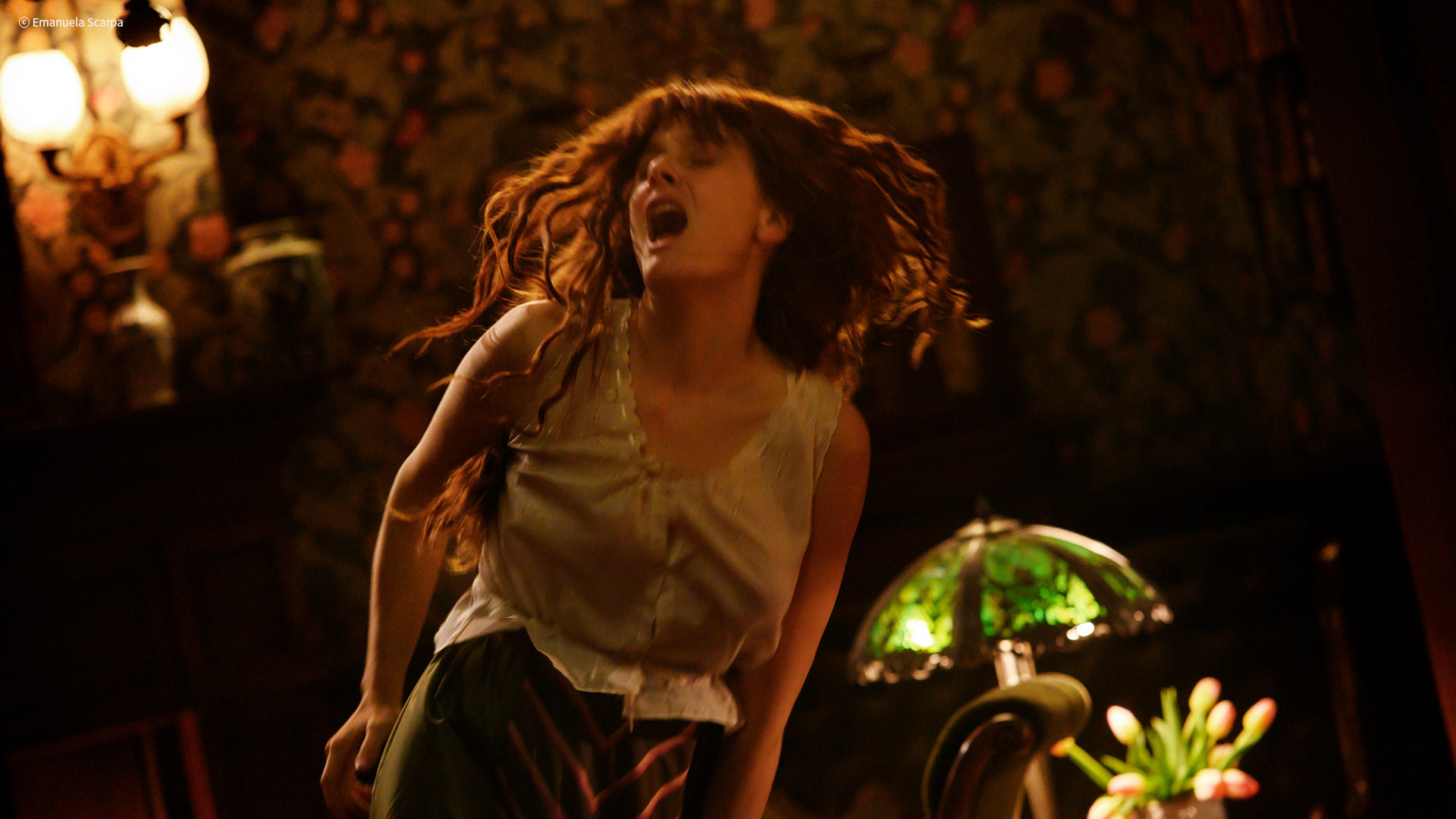 Bright, intelligent, passionate, and free, Eleanor is Karl Marx’s youngest daughter. Among the first women to link the themes of feminism and socialism, she takes part in the workers’ battles and fights for women’s rights and the abolition of child labor. In 1883 she meets Edward Aveling and her life is crushed by their passionate but tragic love story.
DirectorSusanna NICCHIARELLI
Italy 2020 107min DCP color Fiction 12 Korean Premiere
Korean Premiere
Online 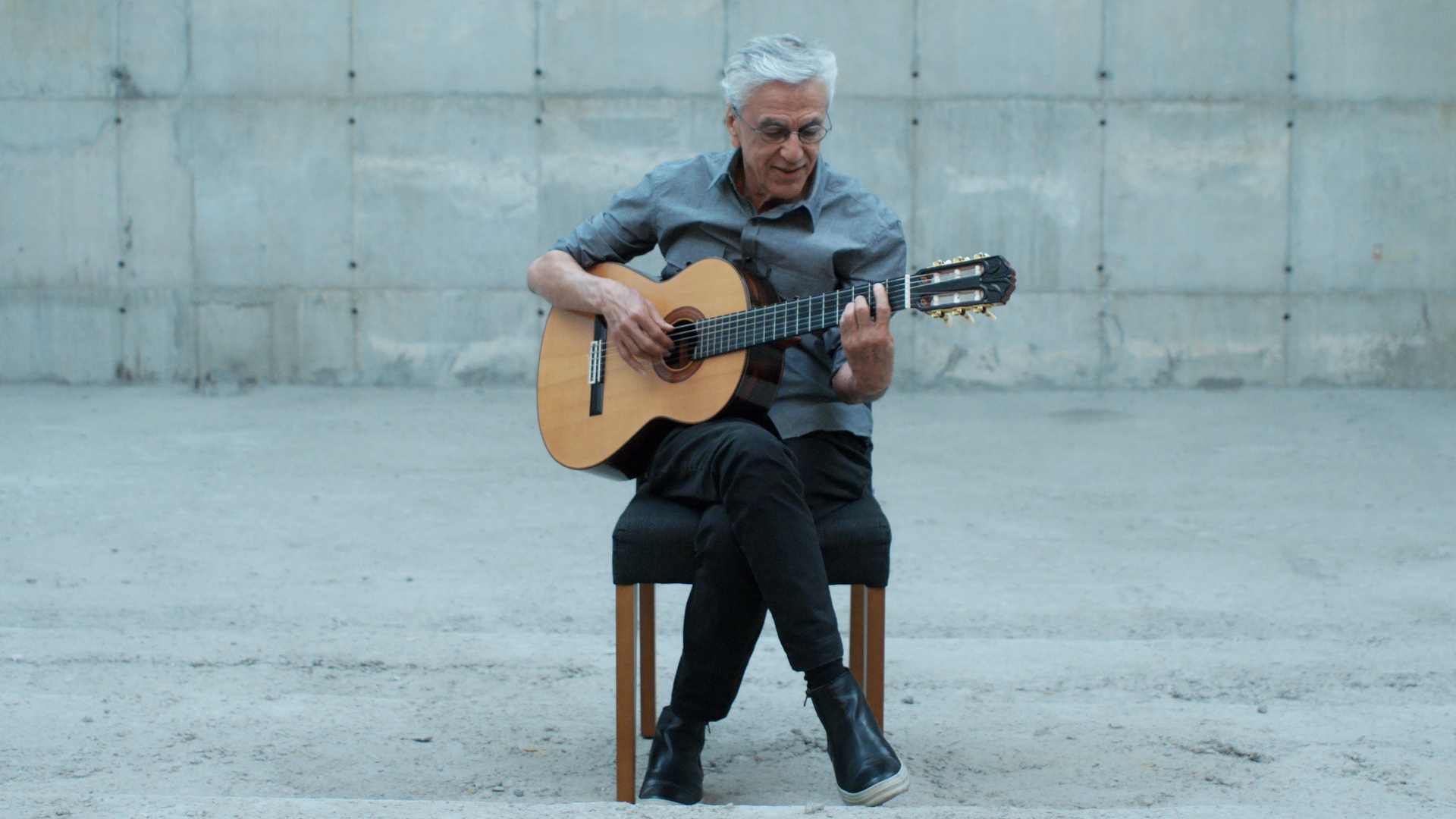 In December 1968, the internationally-renowned musician Caetano Veloso was taken from his home by the Brazilian military regime and imprisoned for 54 days. 50 years later, the film paints an intimate portrait of Caetano’s incarceration as he recalls those painful memories and performs songs that marked his imprisonment.
DirectorRicardo CALIL, Renato TERRA
Brazil 2020 84min DCP color/b&w Documentary G Korean Premiere
Korean Premiere
Online

Enigmatic Ironic Free, Paolo Conte is a music icon that moves body and soul. It is a sort of ideal itinerary through this great artist’s songs, concerts and friends, as well as his thoughts and reflections. Narrated by Luca Zingaretti and with the interviews of Isabella Rossellini, Roberto Benigni, Patrice Leconte and more.
DirectorGiorgio VERDELLI
Italy 2020 102min DCP color Documentary G Asian Premiere
Asian Premiere
Online 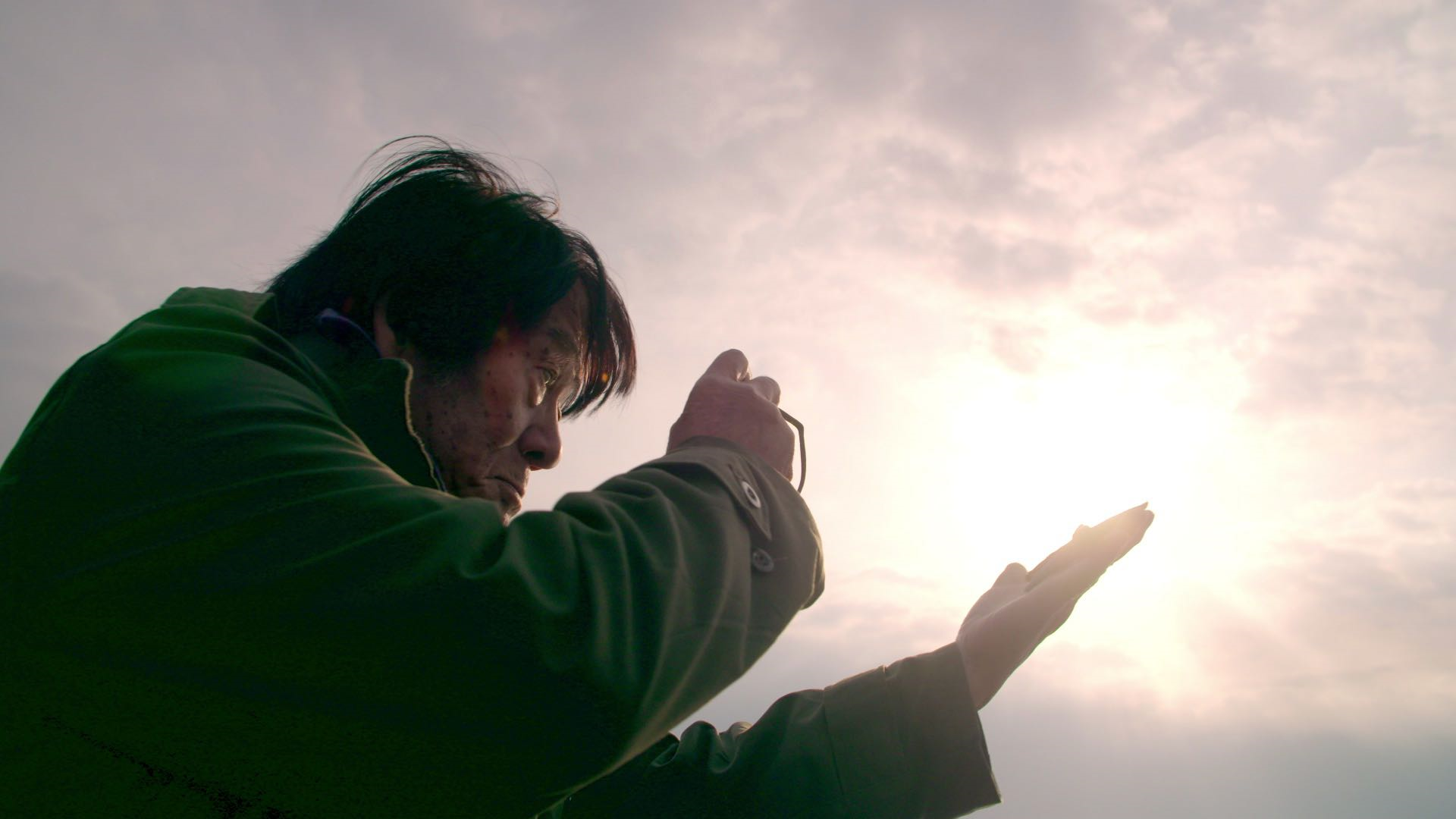 The Past is Always New, The Future is Always Nostalgic Photographer Daido Moriyama

Moriyama Daido, at the age 81, is still active as an artist. He is probably the most prominent and the last charismatic figure in the world of photography. He received numerous awards worldwide. He nonchalantly transcends art, fashion, and design, and is loved and respected all over the world.
DirectorIWAMA Gen
Japan 2019 112min DCP color Documentary G Korean Premiere
Korean Premiere
Online 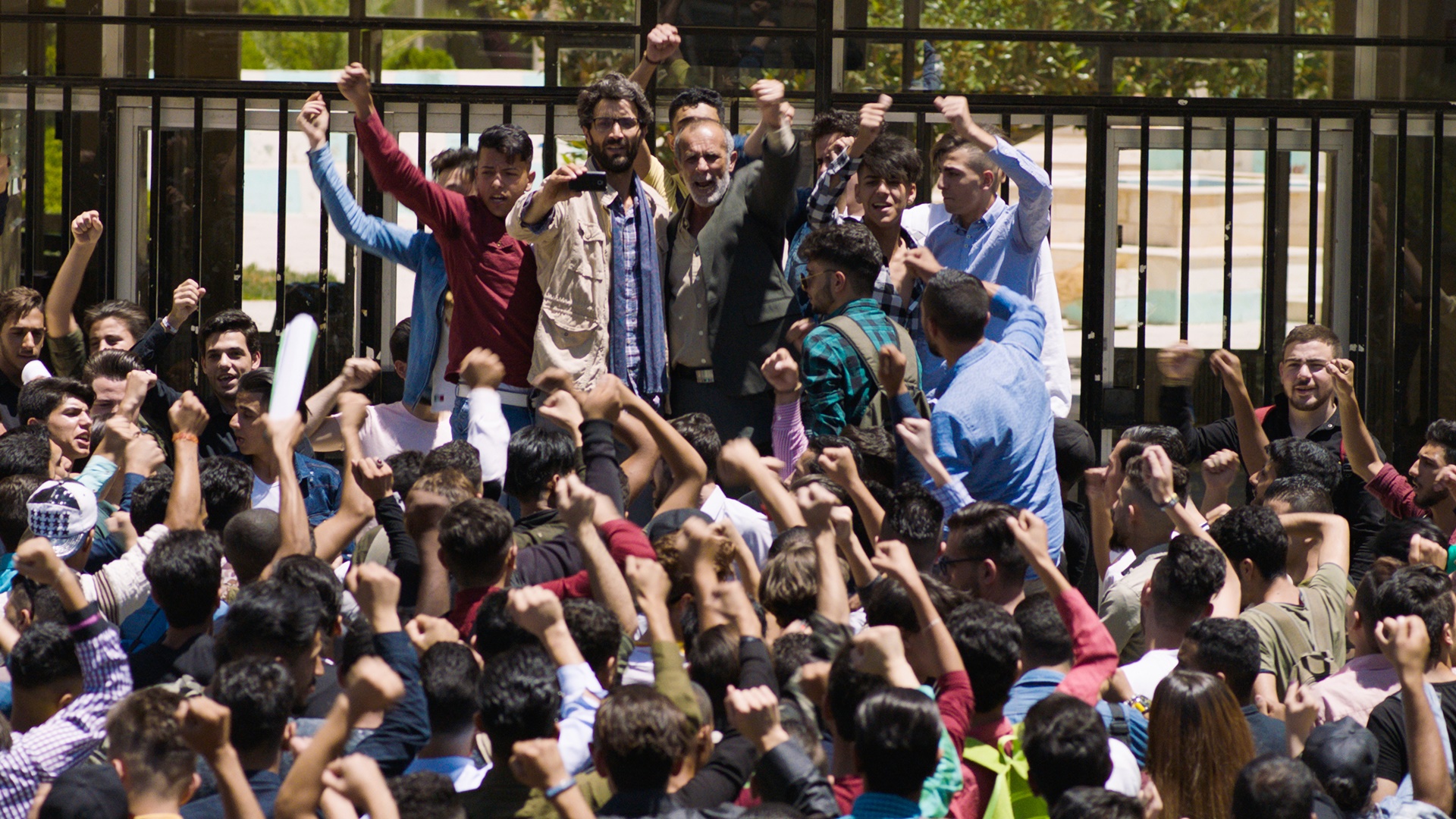 In 2000, Sami is the Arabic-English translator for the Syrian Olympic team in Sydney, Australia. A slip of the tongue forces him to stay in Australia and live in exile as a political refugee. In 2011, when the Syrian revolution starts and his brother is arrested, Sami risks everything to return to Syria to find him.
DirectorRana KAZKAZ, Anas KHALAF
Syria, France, Switzerland, Belgium, Qatar 2020 105min DCP color Fiction 12 Korean Premiere
Korean Premiere
Online 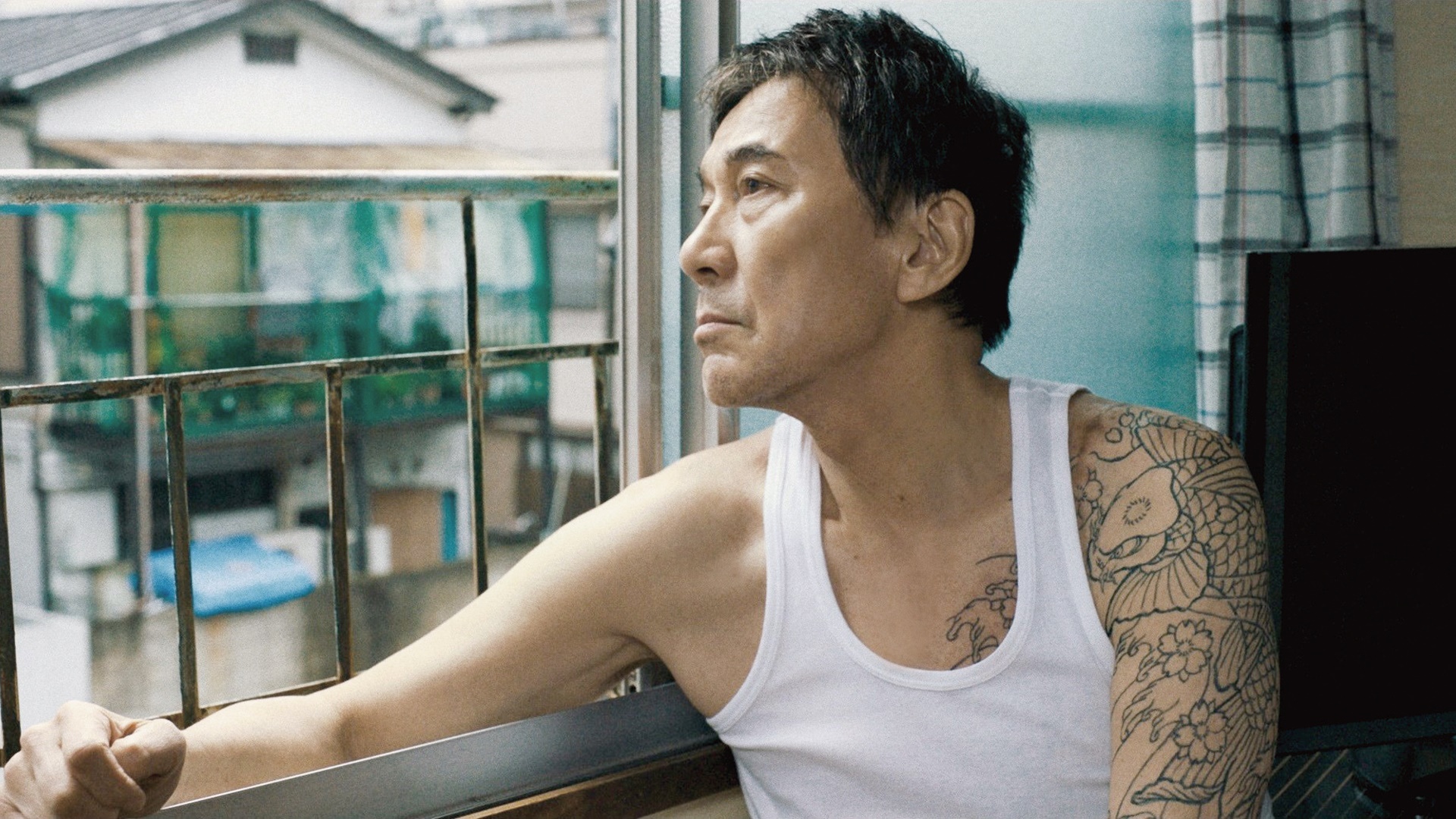 Under the Open Sky

Mikami, an ex-yakuza of middle age with most of his life in prison, gets released after serving 13 years of a sentence for murder. Hoping to find his long-lost mother, from whom he was separated as a child, he applies for a TV show and meets a young TV director Tsunoda. Meanwhile, he struggles to get a proper job and fit into society. His impulsive, adamant nature and ingrained beliefs cause friction in his relationship with Tsunoda and those who want to help him.
DirectorNISHIKAWA Miwa
Japan 2020 126min DCP color Fiction 15 Korean Premiere
Korean Premiere 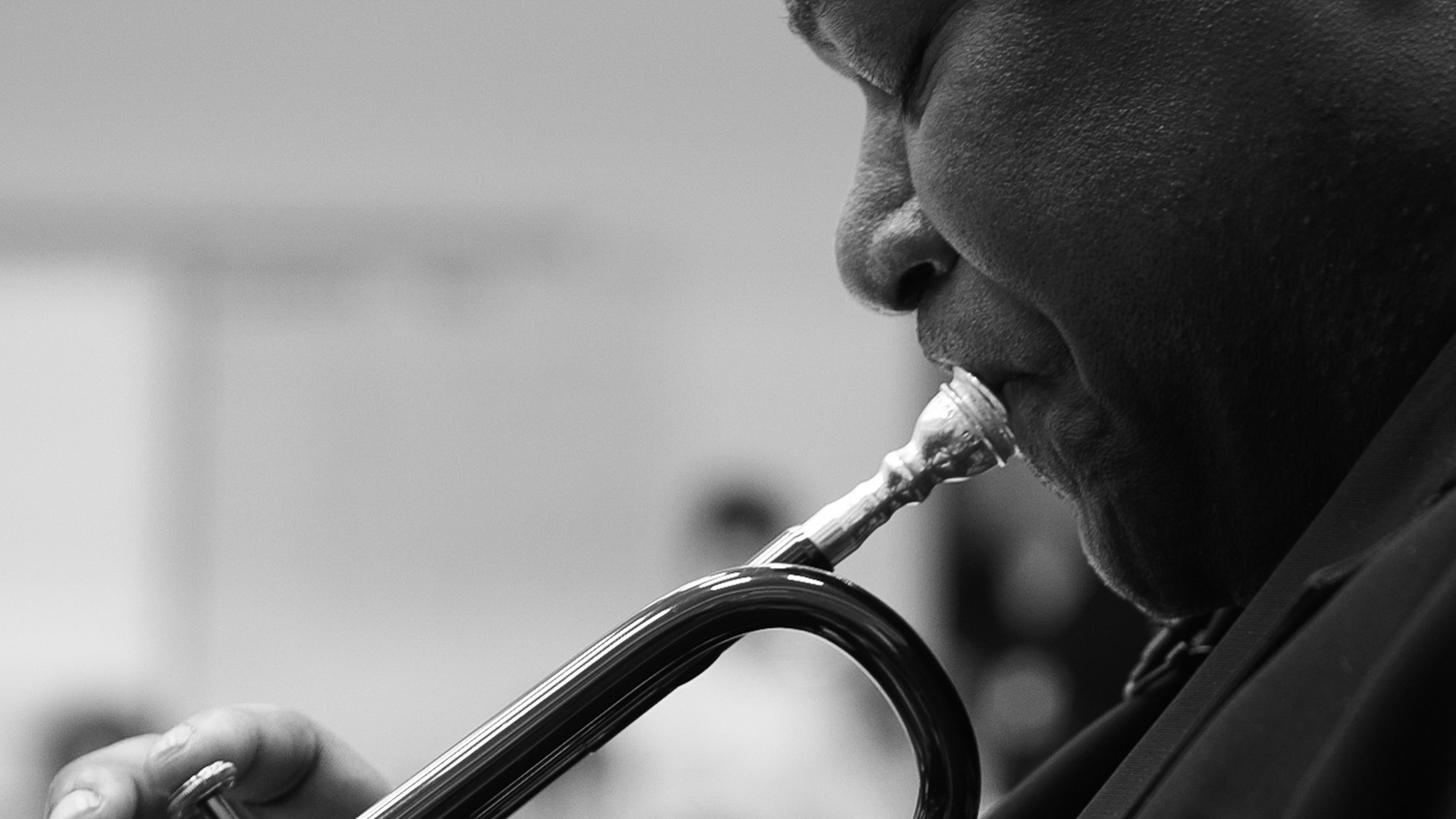 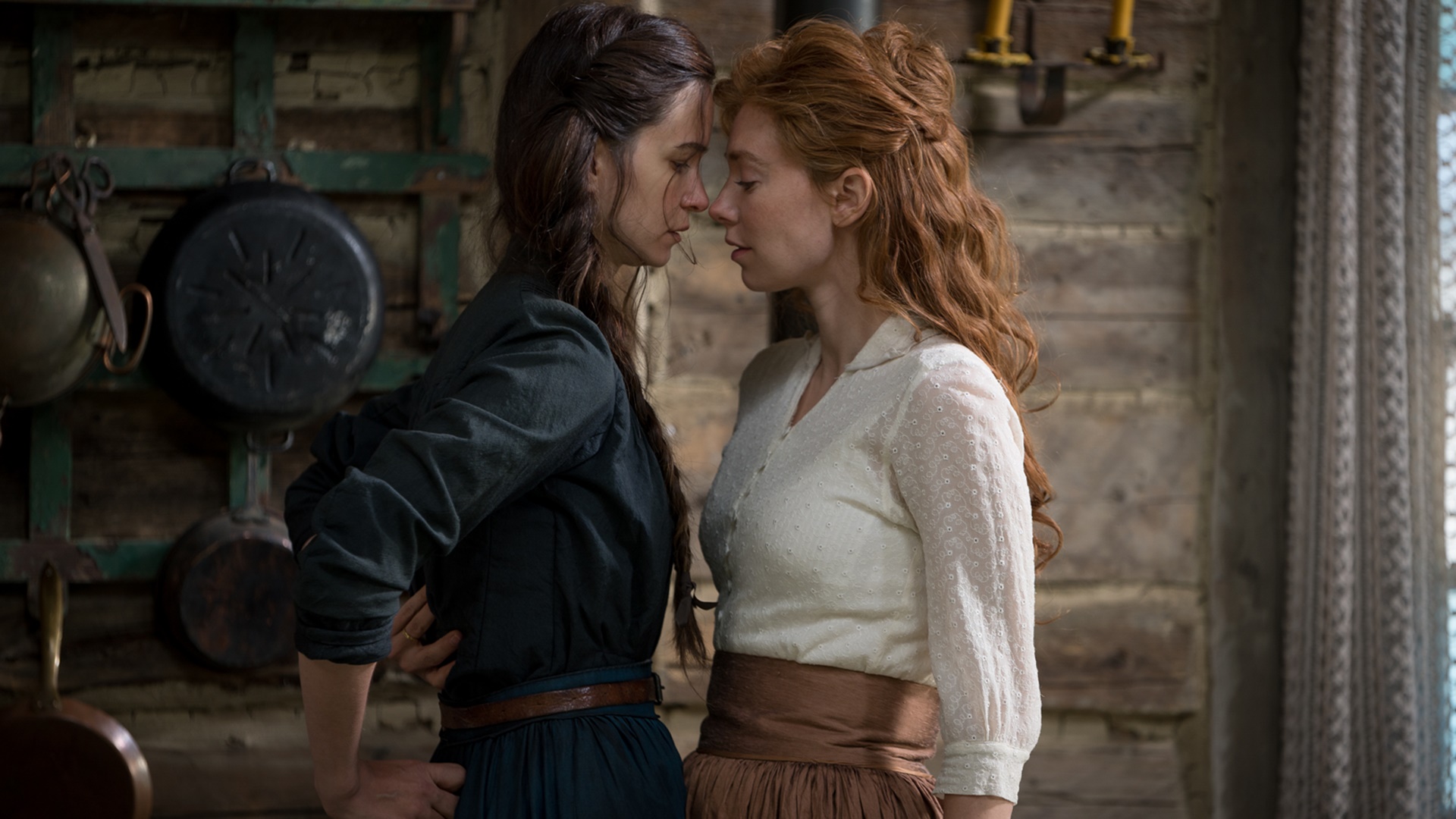 The World to Come