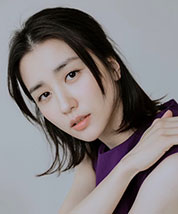 PARK Haseon
She won the Best Actor Award at Korean Fantastic: Features section of Bucheon Intl. Fantastic Film Festival, receiving favorable comments for showing a different image that has never been seen through the movie Go Back (2020). FIRST CHILD (2021), starring her, was selected as a finalist at the Korean competition section of the JEONJU IFF and she hosted the Opening Ceremony in the same year. Not only busy acting in movies, but she also challenges various genres in TV shows. She has also been hosting radio Park Haseon´s Cinetown showing extraordinary passion and love for movies. 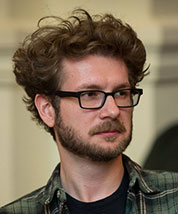 Andrei TĂNĂSESCU
He is a programmer and curator based in Toronto and Bucharest. From 2010 to 2019, he was part of the programming team at the Toronto IFF and is organizing the Romanian Works-in-Progress section of Les Films de Cannes à Bucarest. He is a member of the selection committee of Venice IFF "Venice Days" and a programmer for Vilnius IFF. 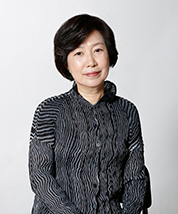 JOO Jinsook
She is a professor emeritus of the Film department at Chung-Ang University. She has served as director of the Korean Film Archive from 2018 to 2022. She also has served as a board member of Women In Film Korea, utive member of Asiana International Short Film Festival, president of the Korean Association of Film Critics, and the president of Fédération Internationale de la Presse Cinématographique Korea. 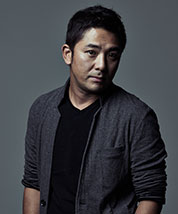 CHANG
He works as a director of films, music videos, and commercial. Since he has established a production company, Purple Cats Film, he is actively participating in production. He directed over 250 music videos and commercials, and has been steadily working on various media and genres by directing movies such as Death Bell (2008), The Target (2014), Canola (2016), and Chinese film RESET (2016). The Target was invited to Midnight Screening at the Cannes Film Festival. Canola (2016) won the Audience Award at the Udine Far East Film Festival and the Youth Film Award at the SCHLINGEL IFF for Children and Young Audience. 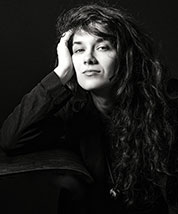 Clarisa NAVAS
She is an Argentine film director and screenwriter. Her film One in a Thousand (2020) opened the Panorama section at the Berlinale and won the Best Picture Award at the JEONJU IFF in 2020. Her debut film Today Match at 3 (2017) screened at several film festivals such as Buenos Aires Intl. Independent Film Festival, Biarritz Film Festival, Lima Intl. Independent Film Festival, and Valladolid IFF. She directed several series for Argentine television and participated in the production of various documentaries. She is a lecturer at the Escuela Nacional de Experimentación y Realización Cinematográfica in Buenos Aires and the Universidad Nacional del Nordeste in Corrientes. 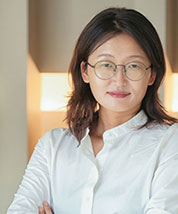 Jenna KU
Majored in Film at Chung-Ang University Graduate School. She is the founding member of INDIESTORY and had career related to movies at various film festivals, investment distribution companies, and production companies. Starting with planning and co-producing of Penny Pinchers (2011), she focused on film producing, and participated as a producer of The Running Actress (2017) and Little Forest (2018). She established production company Vol Media in 2016 and produced The Table (2016), Josée (2020), and Shades of the Heart (2021). 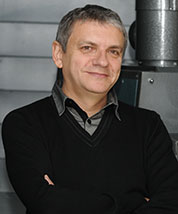 Roberto CUETO
He is a member of the San Sebastian Film Festival Selection Committee. He is a professor of Audiovisual Communication at the Carlos III University of Madrid. He formerly worked as a film journalist and has coordinated various publications, including New Korean Cinema for the Nosferatu magazine and Flowers in Hell: The Golden age of Korean Cinema. 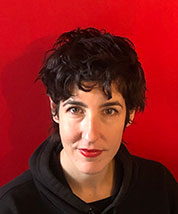 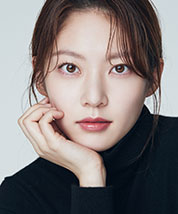 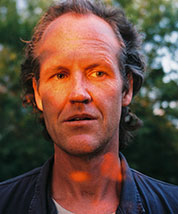 Ben RUSSELL
He is an American artist, filmmaker, and curator whose work lies at the intersection of ethnography and psychedelia. He was an exhibiting artist at the Documenta in 2017, while his work has been presented at numerous art museums and film festivals such as Centre Pompidou, Museum of Modern Art, Tate Modern, Museum of Modern Art Chicago, Venice IFF, and Berlinale. 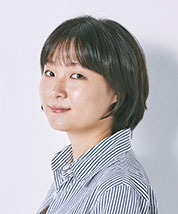 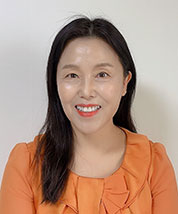 SEO Koksuk
She is a film critic and Ph.D. in film studies. She has served as a member of the Review Committee on international film festivals at the Korean Film Council, a jury of FIPRESCI Awards at the Busan IFF, and secretary-general of the FIPRESCI Korea. Currently, she is a professor at Cheongju University and is working as a critic of Cinema Critique in Le Monde Diplomatique and general affairs director of the Korean Film Critics Association. 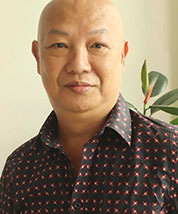 Ed LEJANO
He is the festival director of the QCinema IFF. Currently a board member of the Director’s Guild of the Philippines, he also serves as Vice-President of The Network for the Promotion of Asian Cinema (NETPAC). He completed his MA in Broadcast Communication at the UP Film Institute where he is a senior faculty. From New York University, he completed a diploma course in filmmaking. He has produced six QCinema films and directed four independent features. 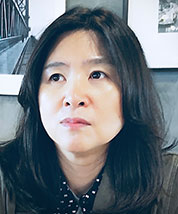 OH Youngsuk
She is an HK research professor of the Institute for East Asian studies at SungKongHoe University. She published books including Korean Cinema and the Cultural Discourse in the 1950s (2007) and N. Korean Defector's Experience and Cinematic Representation (2013) and papers such as Korean Film in the 1960s and the Shame (2016) and The Context & Signification of Testimony: Comparison of Documentaries on Japanese Military ‘Comfort Women’ produced by Korea, Taiwan, and Japan (2017). She translated Slavoj Zizek's The Fright of Real Tears and David Bordwell's Narration in the Fiction Film (2007). 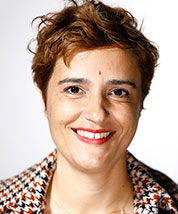 Susana Santos RODRIGUES
The pre-selection advisors of International Competition
She is a Portuguese film programmer, development consultant, and distributor, living in-between Europe, and Latin America. Currently, she is programming advisor of the IFF Rotterdam, programmer of the Bildrausch Film Festival in Switzerland, co-curator of KINO - Mostra de Cinema de Expressão Alemã in Portugal, and coordinator at IndieLisboa. She is also a member of the selection committee of the Hubert Bals Fund, an international consultant for the Doha Film Institute. Also, she is the co-founder of the film distribution company VAIVEM. 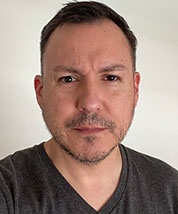 Alejandro Gómez TREVIÑO
The pre-selection advisors of International Competition
From 2010 to 2016, he was a coordinator of programming and collection of the Cineteca Nuevo Leon in Monterrey. In 2012, he created the Queer IFF, of which he continues to be an artistic director. Since March 2016, he is a subdirector of programming at Cineteca Nacional in Mexico City. 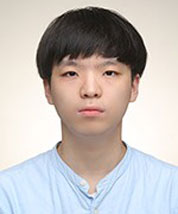 KIM Byeonggyu
The preliminary juries of Korean Competition for Shorts
He majored in film at Chung-Ang University. He started his reviewer career at the Film Criticism Awards for FILO and Cine21 in 2018. 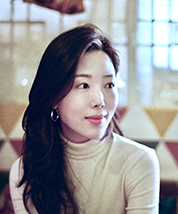 KIM Somi
The preliminary juries of Korean Competition for Shorts
She is a film journalist from the Korean weekly magazine CINE21. She worked as a movie curator at CGV Arthouse and now is a member of the independent film critic magazine anno. 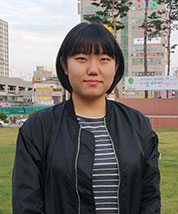 SON Sinae
The preliminary juries of Korean Competition for Shorts
She is currently working as a journalist for REVERSE and for the Criticism Division of the Korea Independent Film Association. In 2016, she won the Rookie of the Year Award from the Korea Film Critics Association. 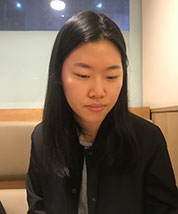 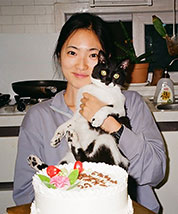 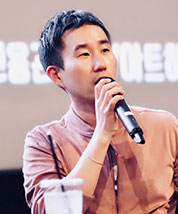 JIN Myunghyun
The preliminary juries of Korean Competition for Shorts
After working at Baekdoodaegan and Keyeast, he became a film programmer and film team leader at KT&G's Imagination Plaza from 2010 to 2015. Since 2015, he has served as a representative of the independent film studio "MOVement." The works that he participated in the distribution marketing include The King of Jokgu (2013), Pascha (2013), Right Now, Wrong Then (2015), Worst Woman (2016), Yongsoon (2017), Hit the Night (2017), and Park Hwa-young (2018). 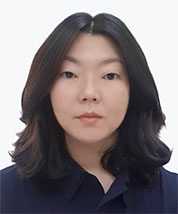 JUNG Seung-eun
The preliminary juries of Local Cinema​
She is a professor of Film and TV at Jeonju University. She is a member of the JEONJU Cine Complex management council and director of the University Film Festival of Korea. Starting with The Scent of Love (2003), she has been working as a staff for films and TV series, as well as making short films. 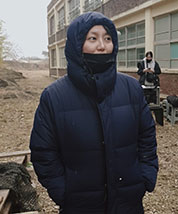 CHOI Jinyoung
The preliminary juries of Local Cinema​
She has been making films steadily in Jeonju and was invited to the JEONJU IFF with her films including To Understand My Sister (2008), Half-Day (2016), and Yeonhui-dong (2018). Her feature film The Slug (2020) was screened at the JEONJU IFF, Busan IFF, and Seoul Independent Film Festival and won the Most Promising Talent Award at the Osaka Asian Film Festival. The Slug (2020) will be released in April 2022.
Sponsor