The 22nd JEONJU IFF’s Korean Competition section is a testament to the fact that independent Korean films are standing firm as they endure and survive through the current crisis in the film industry caused by the COVID-19 pandemic. The 10 films competing in this section reflect the various concerns of Korean society, respect diverse imaginations, and root for their own struggles. Although they may be slightly flawed, these films deserve our full support in that they have pursued the answers to their own questions and achieved the best possible results.
Among this year’s entries or the Korean Competition, the ones that stand out the most are works that focus on social minorities. Corydoras is a documentary that quietly captures the life of disabled poet Park Dongsu. With convivial friends and beloved poetry, Park’s life isn’t so different from others. But the film captures the delicate moments of solitude and loneliness seen in the cracks of his life. Awoke is a feature film about people with disabilities. It was co-directed by disabled and non-disabled filmmakers, and the film crew also consisted of people with disabilities and without disabilities. As a result, the film plainly shows the inner workings of the world of disabled people. A documentary about gender minorities, Coming to you features four protagonists: Hangyeol, an FTM transgender, and his mother Nabi, and Yejoon, a gay man, and his mother Vivian. The film shows the two mothers accepting their children’s identities and, furthermore, doing all they can to support their children’s happy future.
Other outstanding entries include the films that address the social issues that have recently come to light. Aloners, as the title suggests, projects the lives of naholojok, a Korean neologism for people who do everything alone. Jina works alone, eats alone, and rests alone—her life is easily cracked and ruptured. The film aptly captures the swelling loneliness, solitude, and fear in Jina’s heart. First child portrays the impossibility of a woman in Korea to dream of the ordinary life of getting married, giving birth, and returning to work. It effectively describes the life of the protagonist surrounded by her husband who wishes her to be a stay-at-home mom, a temp named Jihyun who is filling in for her at work, and a Joseonjok (ethnic Korean from China) nanny who seems untrustworthy for some reason. Addressing the issue of “taeum,” a hazing practice among Korean nurses, Influenza explores the power relations that reach beyond the reproduction of violence within a small community. It depicts tragedies from the past and the present, and ambition, rather than maturity, is its strength. Set against the backdrop of a textile factory and industrial accidents, The train passed by takes a different route than the films previously mentioned. It focuses on the pale face of a woman worn down by labor while telling a story that traverses reality and the world outside. Despite the lack of dialogue and detailed explanation, the film leaves a strong impression.
The youthful dramas of nineteen and twenty-year-olds are also glowing. Gwangho, the protagonist of NOT OUT, is a high school baseball player who begins to seek whatever way he can to survive after he fails to land a home in the professional draft. Depicting the struggles of a hopeless youth, this film says that although he may have struck out of baseball Gwangho has not “struck out” of his life. Nineteen is a story about a girl named Sojeong who lives with her mother. Through Sojeong’s life which undergoes a dramatic transformation after her ailing mother passes away, the film explores the essence of youth. With unique sensibilities, the world of Kim Min-young of the Report Card lies somewhere between reality and fantasy. The charming lives and delicate emotions of the nineteen-year-old girls, going on twenty, are described with thorough detail. 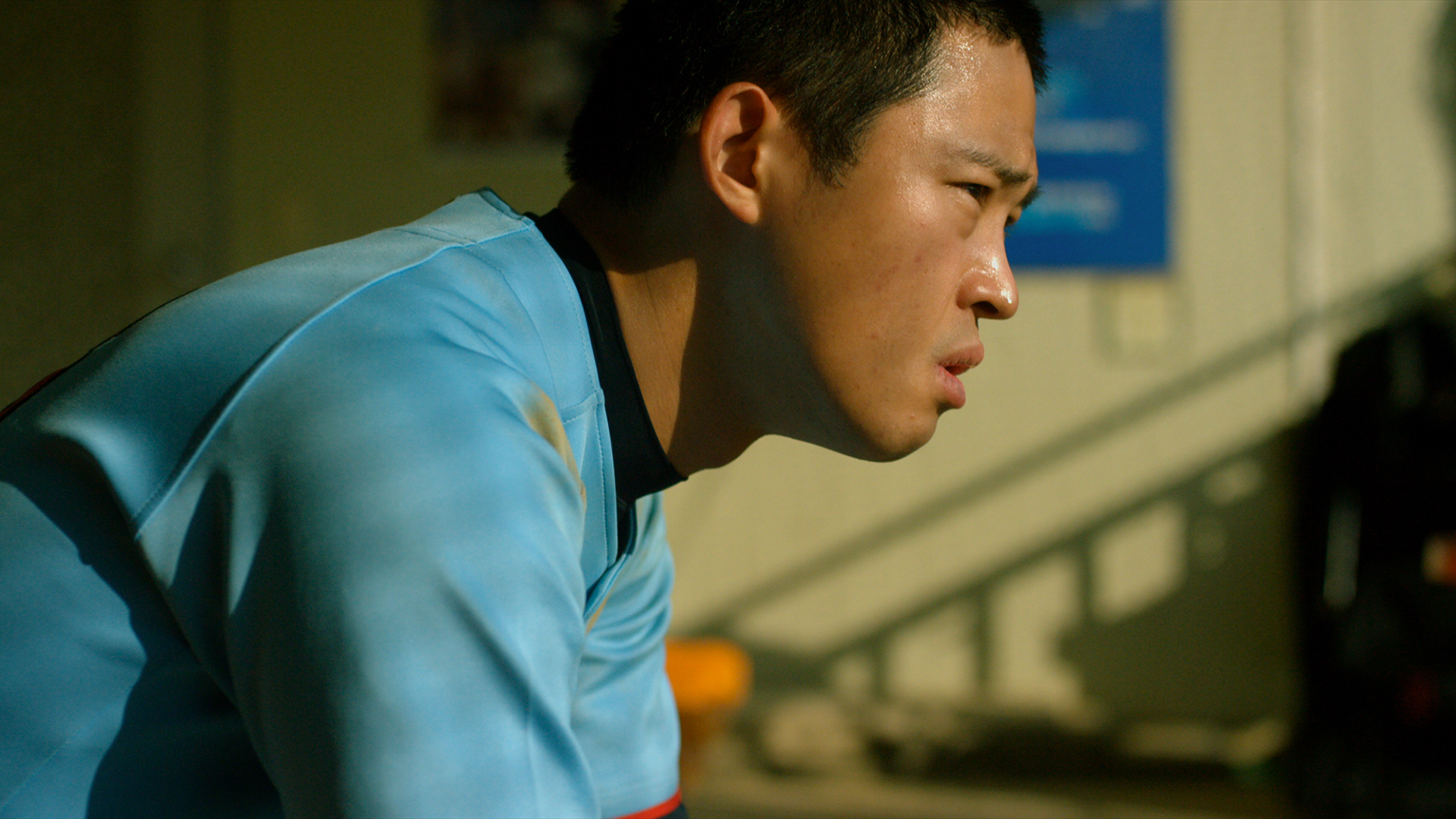 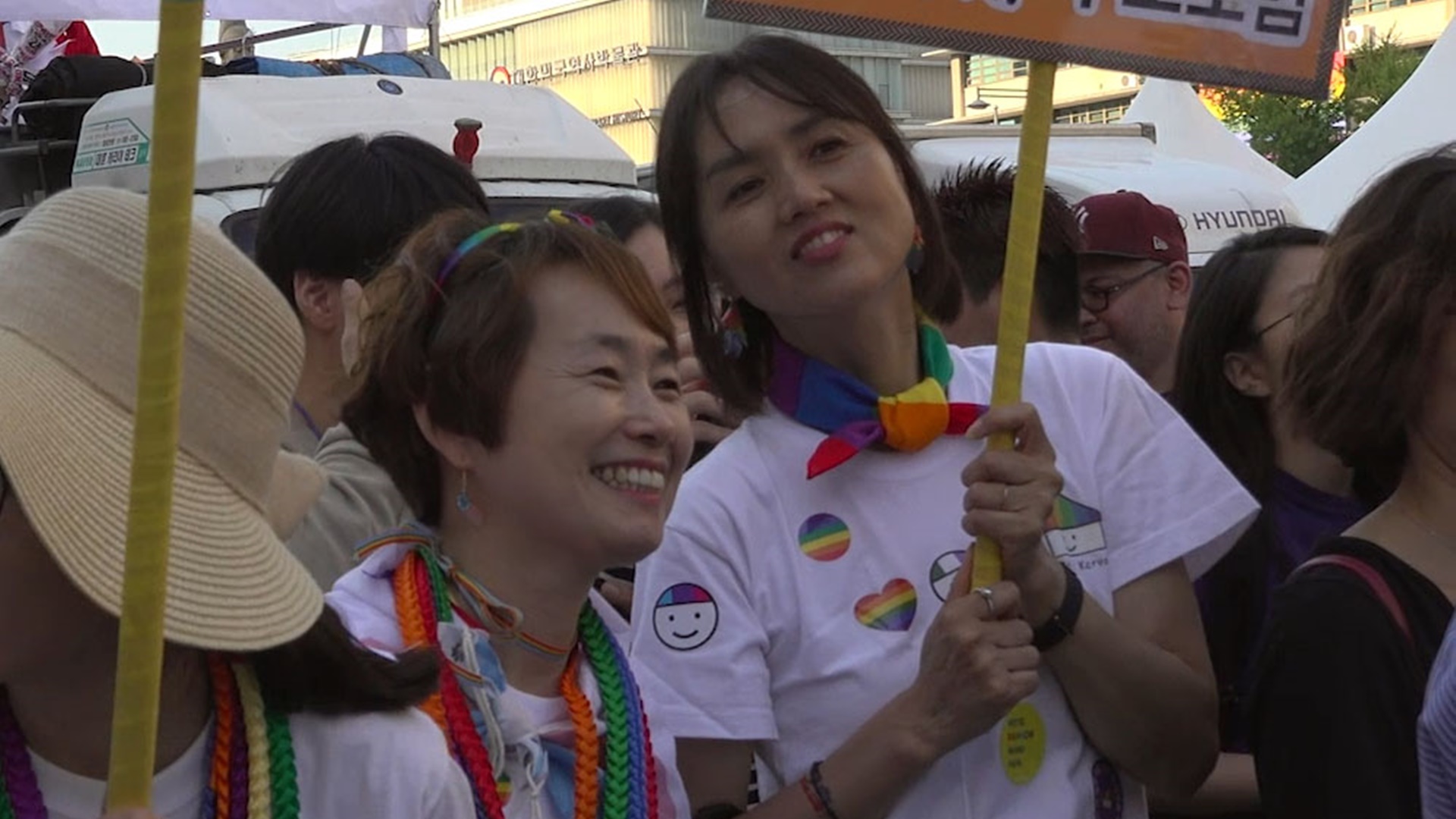 Nabi, a veteran fire officer, accepts the coming out from her child Hankyeol, “I want to remove my breasts.” Meanwhile, Vivian, a flight crew, receives a letter from her son Yejoon, “Mom, I’m gay.” Hankyeol and Yejoon confide in their struggles even before the two mothers understand their reality.
DirectorBYUN Gyuri
Korea 2021 93min DCP color Documentary G World Premiere
World Premiere 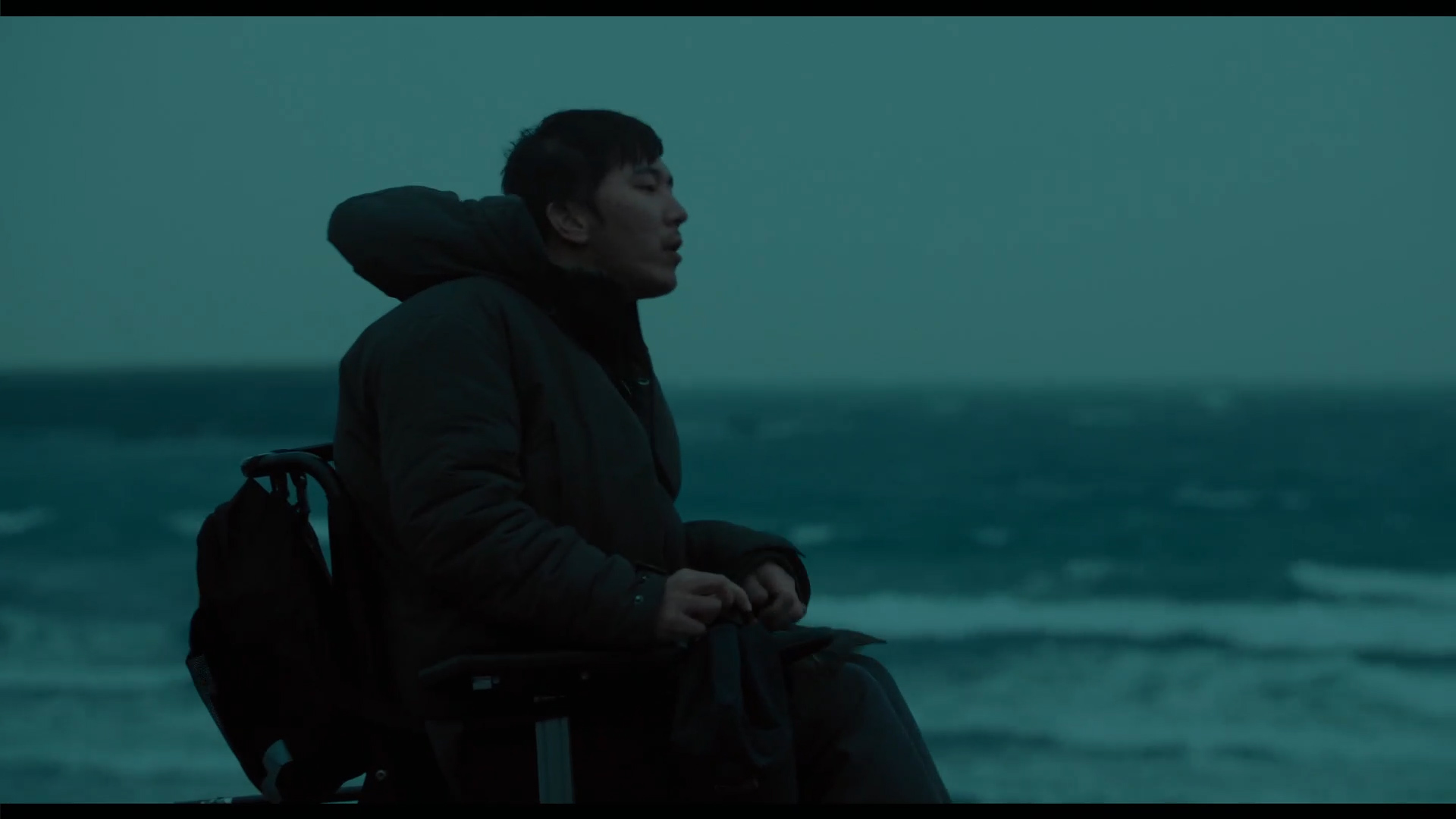 Jaegi, who has lived the life of a disabled person due to a traffic accident, is judged as Level 5 at the first grade screening. Jaegi strives to become a severely disabled person, but the situation is getting more difficult.
DirectorJUNG Jae-ik, SEO Tae-soo
Korea 2020 97min DCP color Fiction 15 World Premiere
World Premiere
Online 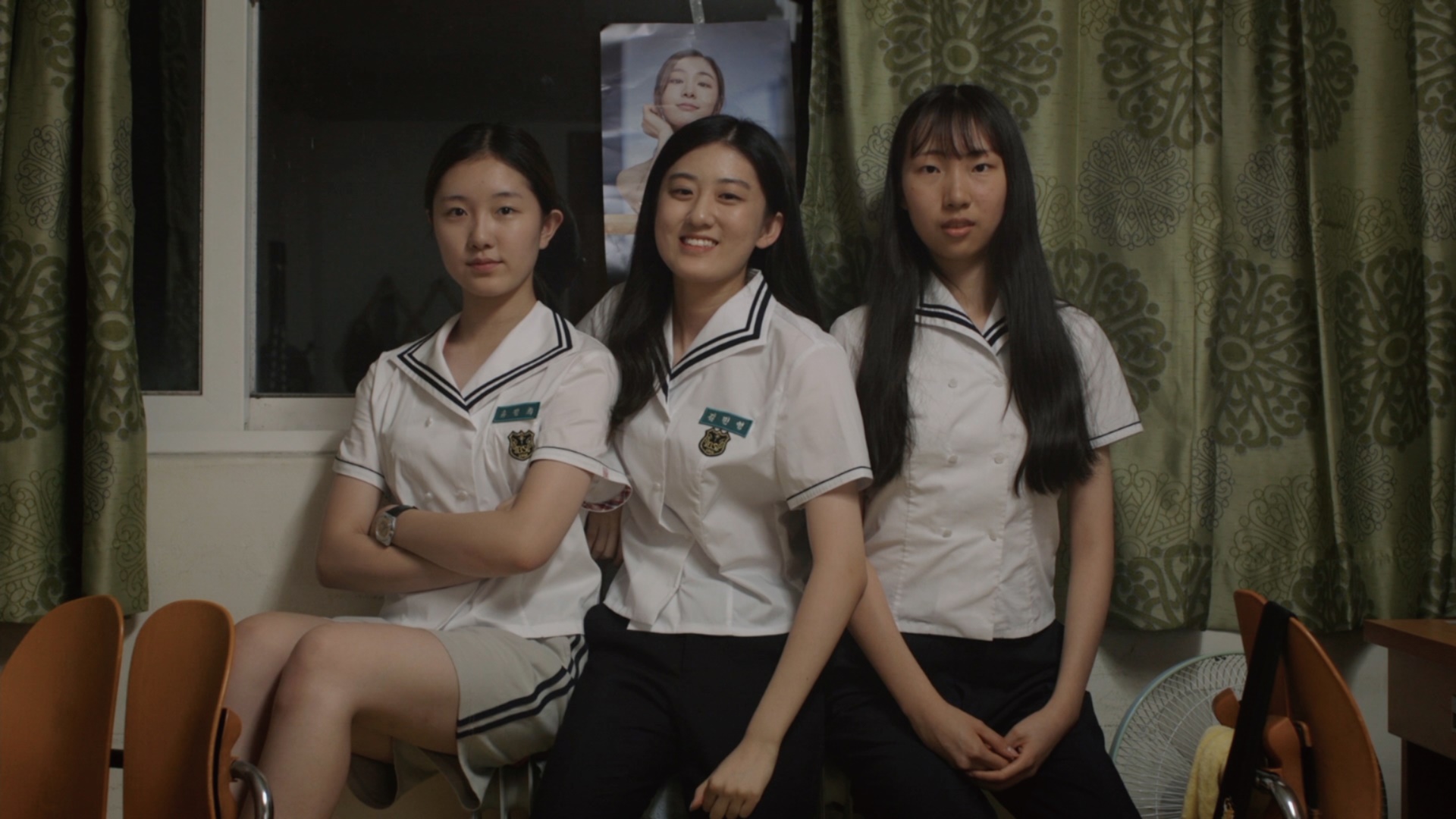 Kim Min-young of the Report Card

20-year-old Jeonghee doesn´t go to college and works part-time. She goes to meet Minyoung, her old high school roommate, for the first time in a while and wants to play with her as before. However, Minyoung, a college student, is busy sending correction emails for her credits and feels uncomfortable by Jeonghee´s visit.
DirectorLEE Jae-eun, LIM Jisun
Korea 2021 94min DCP color Fiction G World Premiere
World Premiere
Online 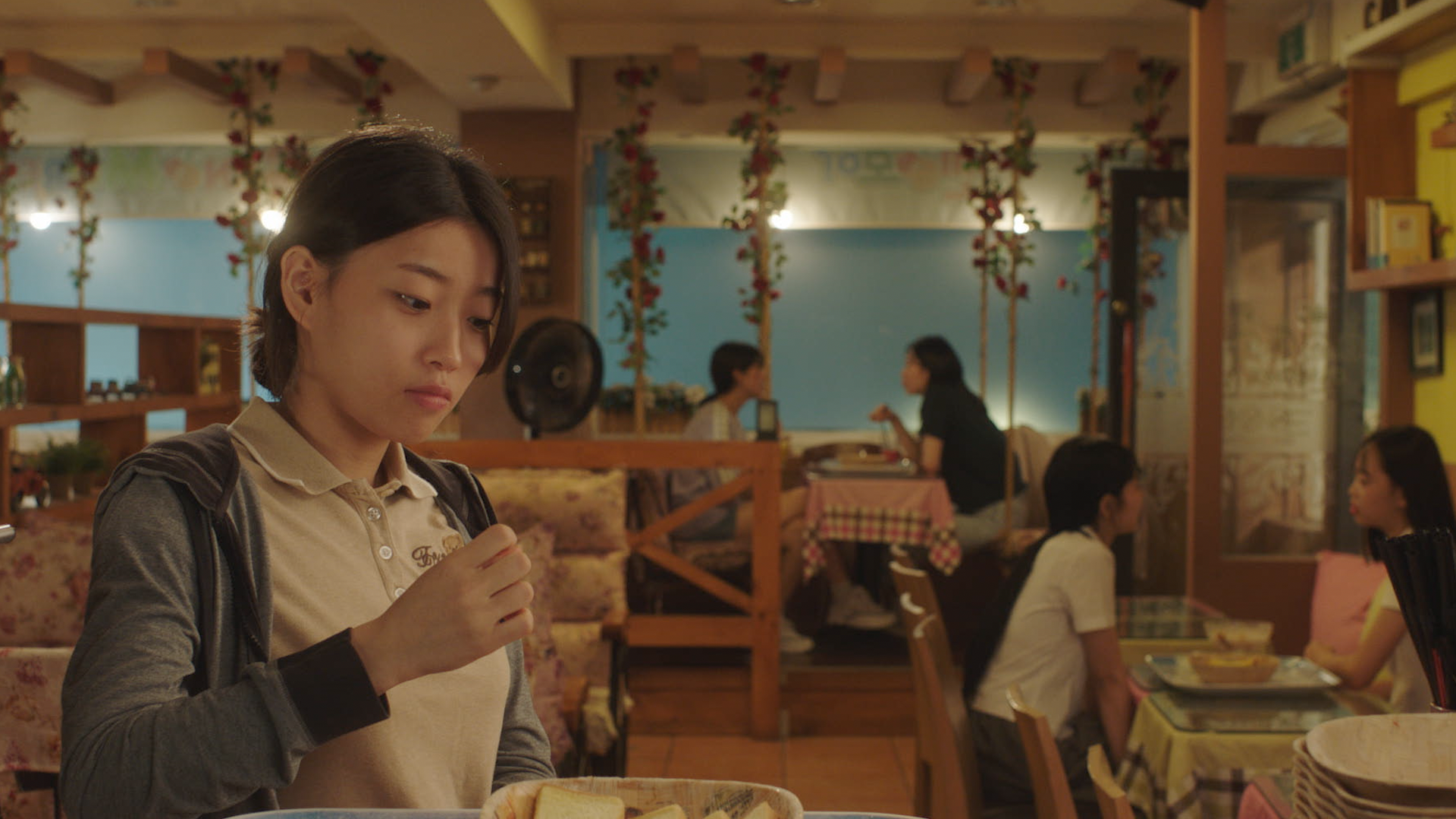 It was one day after summer vacation, in 2008. Sojeong, a senior high school student, lives with her sick mother, but dreams to live alone and be a musician though the reality is frustrating. Just listening to music on MP3 and writing down the lyrics of the songs she wrote on her mini-homepage is Sojeong´s only escape.
DirectorWOO Kyenghee
Korea 2021 87min DCP color Fiction 15 World Premiere
World Premiere
Online 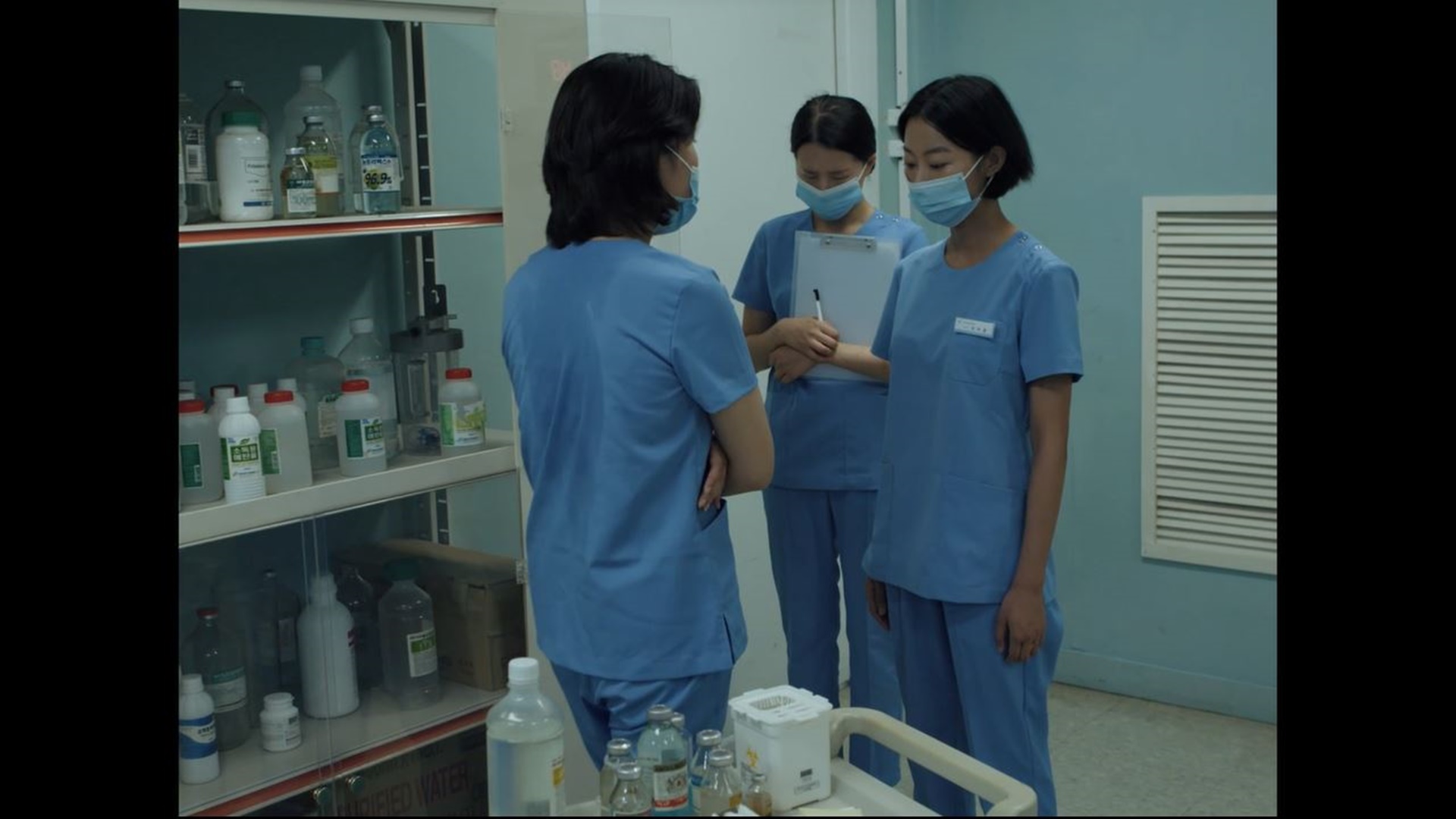 A new virus (a.k.a “fantomal virus”) is transmitted to a small rural village. Dasol, a three-month nurse working in the village hospital, is being workplace bullying (a.k.a “burned”). In the meantime, Dasol begins to educate a new nurse Eunbi earlier than expected due to the poor ward situation.
DirectorHWANG Junha
Korea 2021 73min DCP color Fiction 15 World Premiere
World Premiere
Online 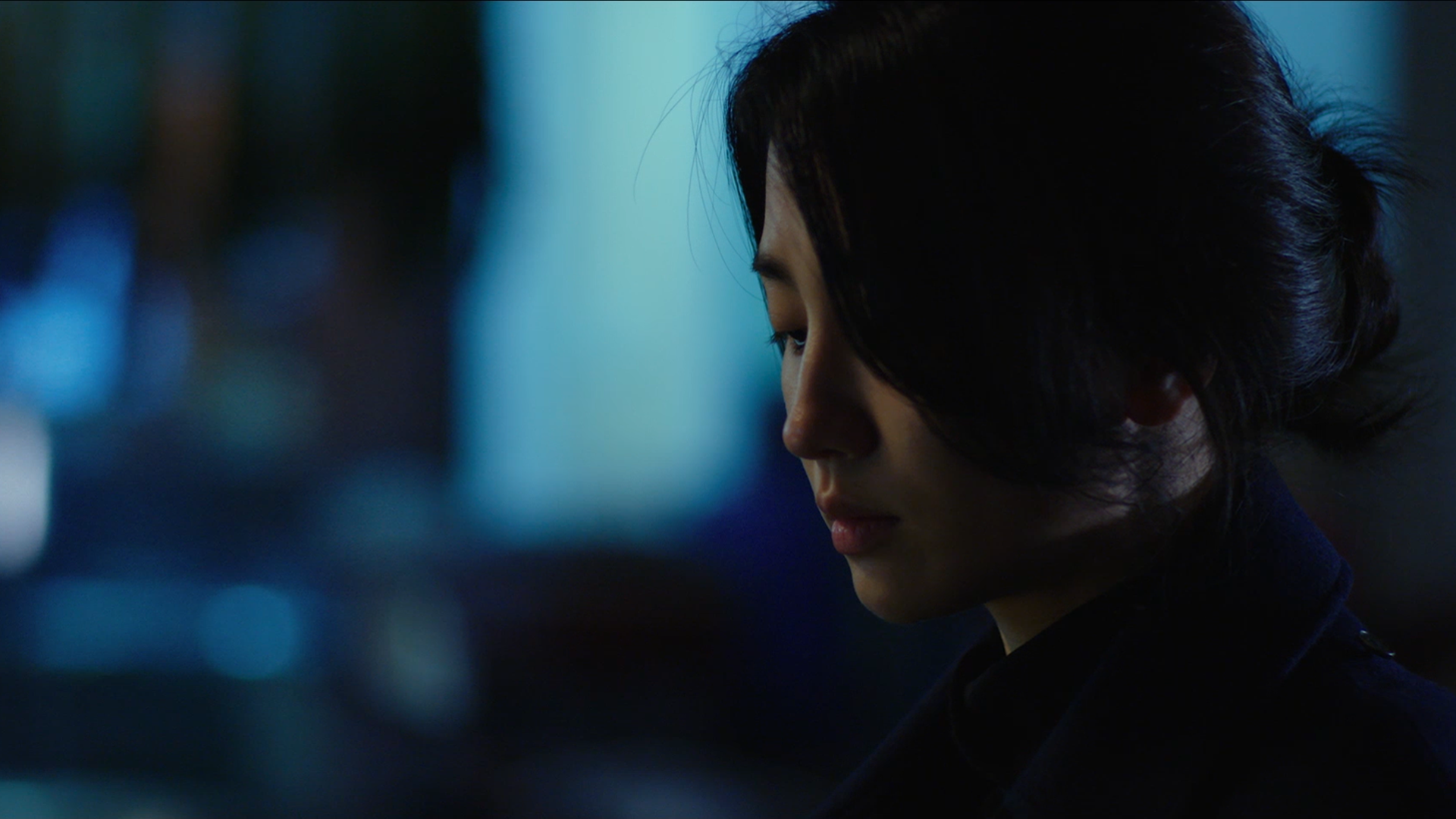 As Jeong-ah attempts to rebuild her career a year after giving birth to her first child, she faces difficulties that put her through the test of whether she can truly have it all.
DirectorHUR Jungjae
Korea 2021 93min DCP color Fiction 15 World Premiere
World Premiere 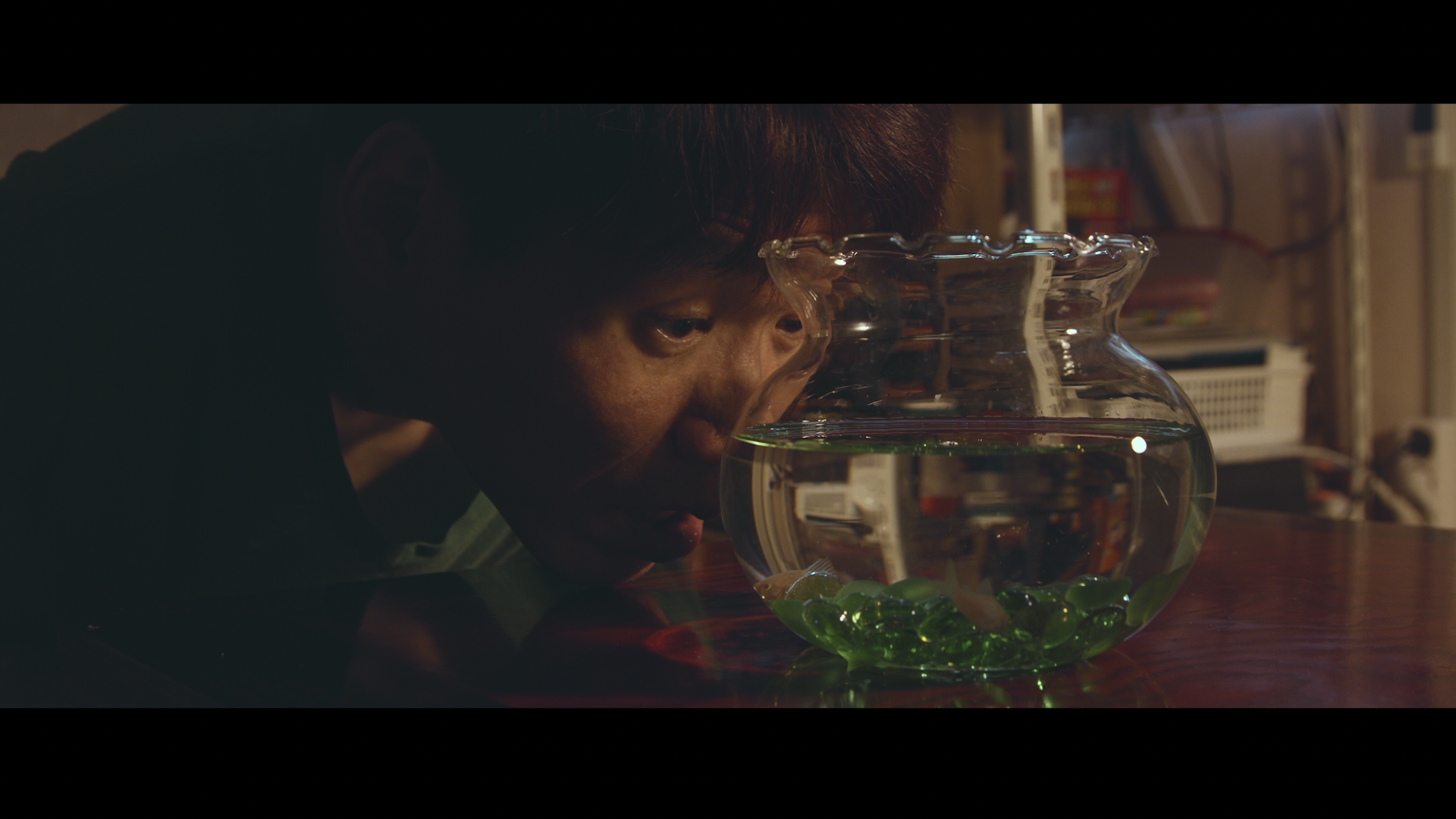 Park Dongsu is living on his own after leaving the disabled facility where he first started writing poems. While having a hard time writing poems, he buys a fish called “corydoras.” Looking at the fish for a long time, he falls asleep and dreams of where he used to live. Then he heads there to find traces of his poems.
DirectorRYU Hyung-seok
Korea 2021 88min DCP color Documentary G World Premiere
World Premiere
Online 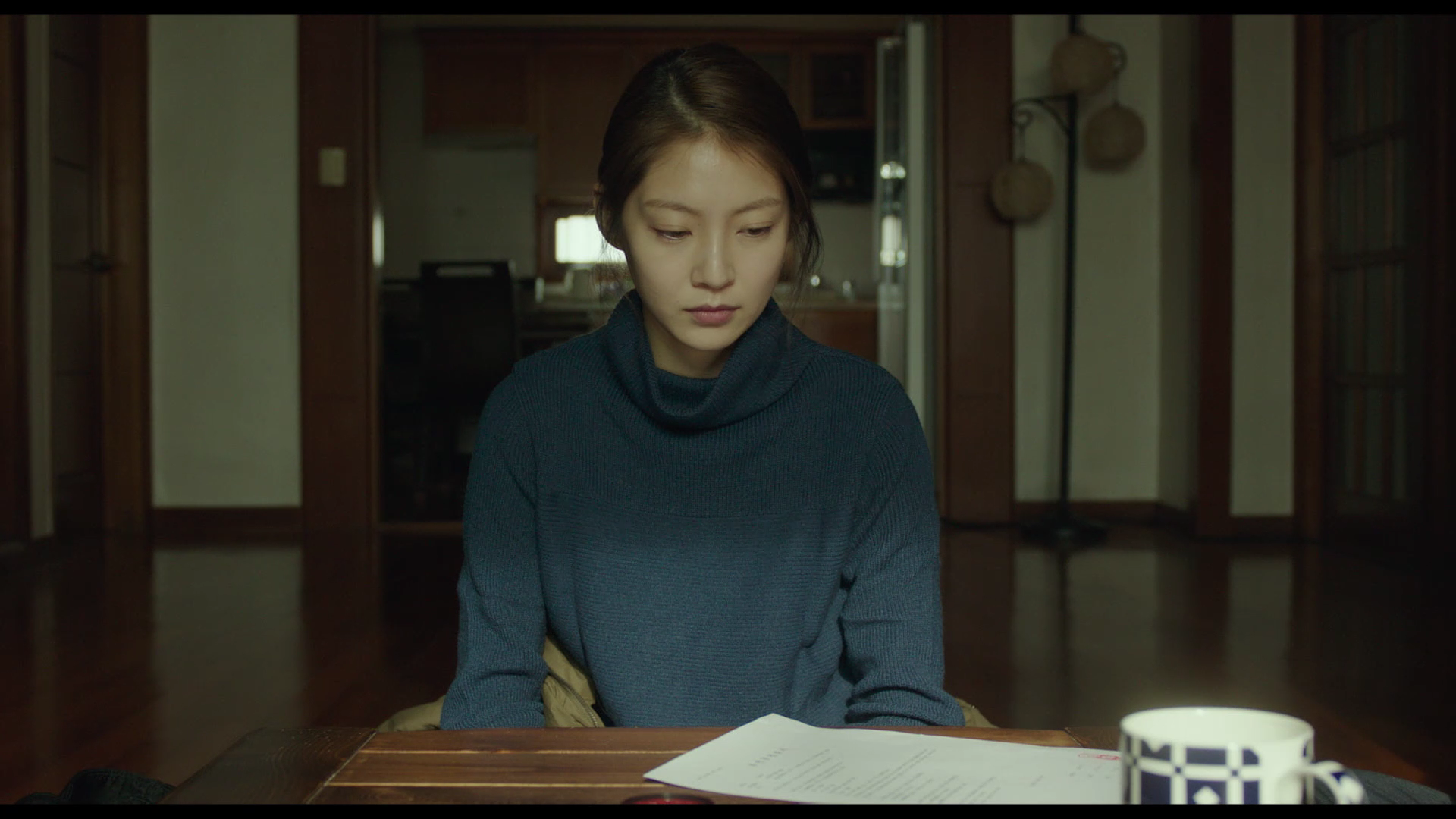 Jina is the top employee at a credit card company call center. She avoids building close relationships, choosing instead to live and work alone. One day, her irritating next-door neighbor who would attempt to talk with her is discovered dead, several days after having died alone in his apartment. Jina is shaken and turns on the home camera installed at her mother’s house a long time ago.
DirectorHONG Sung-eun
Korea 2021 91min DCP color Fiction 15 World Premiere
World Premiere 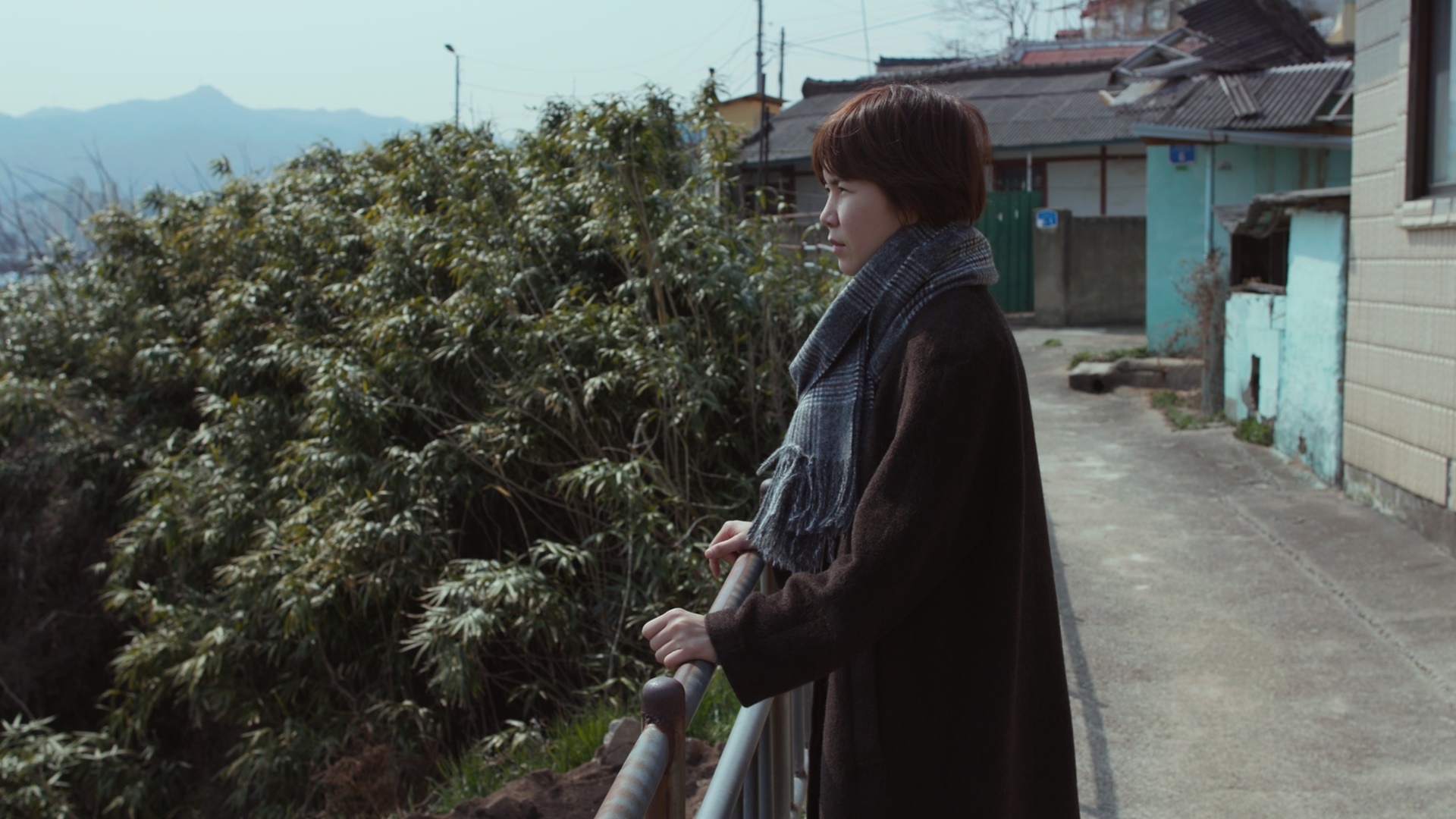 The train passed by

Heesu, a 27-year-old woman who has worked for a dyeing factory complex in Daegu since dropping out of high school, barely manages to quit the job and goes on a trip for the first time in her life.
DirectorKAM Jeong-won
Korea 2021 75min DCP color Fiction 15 World Premiere
World Premiere
Sponsor