"The future of cinema lies in the past," said Jean-Luc Godard. This year’s newly launched section, "Cinephile JEONJU," will be filled with films that recognize the truth contained in that citation. That is, the history of cinema as "a living thing." It aims to revisit past films worth discussing from the present point of view to save them from oblivion, and to establish a new context for film history through new films dealing with the past. However, this section does not focus solely on the nostalgia of the past. It urges the active action of "thinking about cinema." It is intended to create a movement that encourages moviegoers to think about cinema through films and the human life and history covered by those films. Ironically, while there are many books, papers, and articles about classic films and directors, but it has become very difficult to see said films they are dealing with in theaters. The JEONJU IFF aims to provide the opportunity to watch these films so that viewers may ruminate over them as they deserve.

"What is cinema?" This section also recalls the mythical question posed by André Bazin, which still stands today. It reminds us that even in the present era where new rules for the technology, production, and screening of films seem to be established, we are still trying to understand films and at the same time trying to figure out those constantly changing rules. In other words, what this section represents is resistance and thought. As written in the beginning of this article, if the future of cinema lies in the past, it means that cinema will never die no matter what threat it faces. We hope this section can serve as proof of that.

A special part in this section, under the theme of "The Destiny of Film," introduces a total of four films by pairing two works that connect the past and the present. In the first one, Andrzej Żuławski´s sci-fi masterpiece On the Silver Globe, which was supposed to depict a historical moment in Polish cinema, but remained unfinished, and Escape to the Silver Globe, a documentary about the sad fate of Żuławski´s film, are screened as a pair. In the second, The Isle of Love, filmed in Japan by Paulo Rocha, the representative director of Portuguese modern cinema, will be presented along with Around Rocha´s Table, a documentary about Rocha´s portrait told by those who worked with him.

In addition, Jean-Luc Godard´s King Lear, which is considered one of the most ingenious films based on Shakespeare´s plays, will be screened, and Pier Paolo Pasolini´s Mamma Roma will be presented to commemorate the 100th anniversary of his birth. Alexandre O. Philippe´s The Taking shows Monument Valley and its majestic geographical features that have appeared in numerous westerns. Come with me to the cinema – THE GREGORS is the story of Kino Arsenal, a theater representing Berlin, and the love story of the Gregors couple who founded it. In Brainwashed: Sex-Camera-Power, Nina Menkes analyses, on a technical level, that the cinematic grammar familiar to us is constructed by the male gaze. Last but not least, One Way or Another is the only feature film directed by Sara Gómez, a pioneer of Cuban cinema, which remains a myth due to the lack of opportunities to see it. The film depicts the life of society and individuals after the Cuban Revolution. 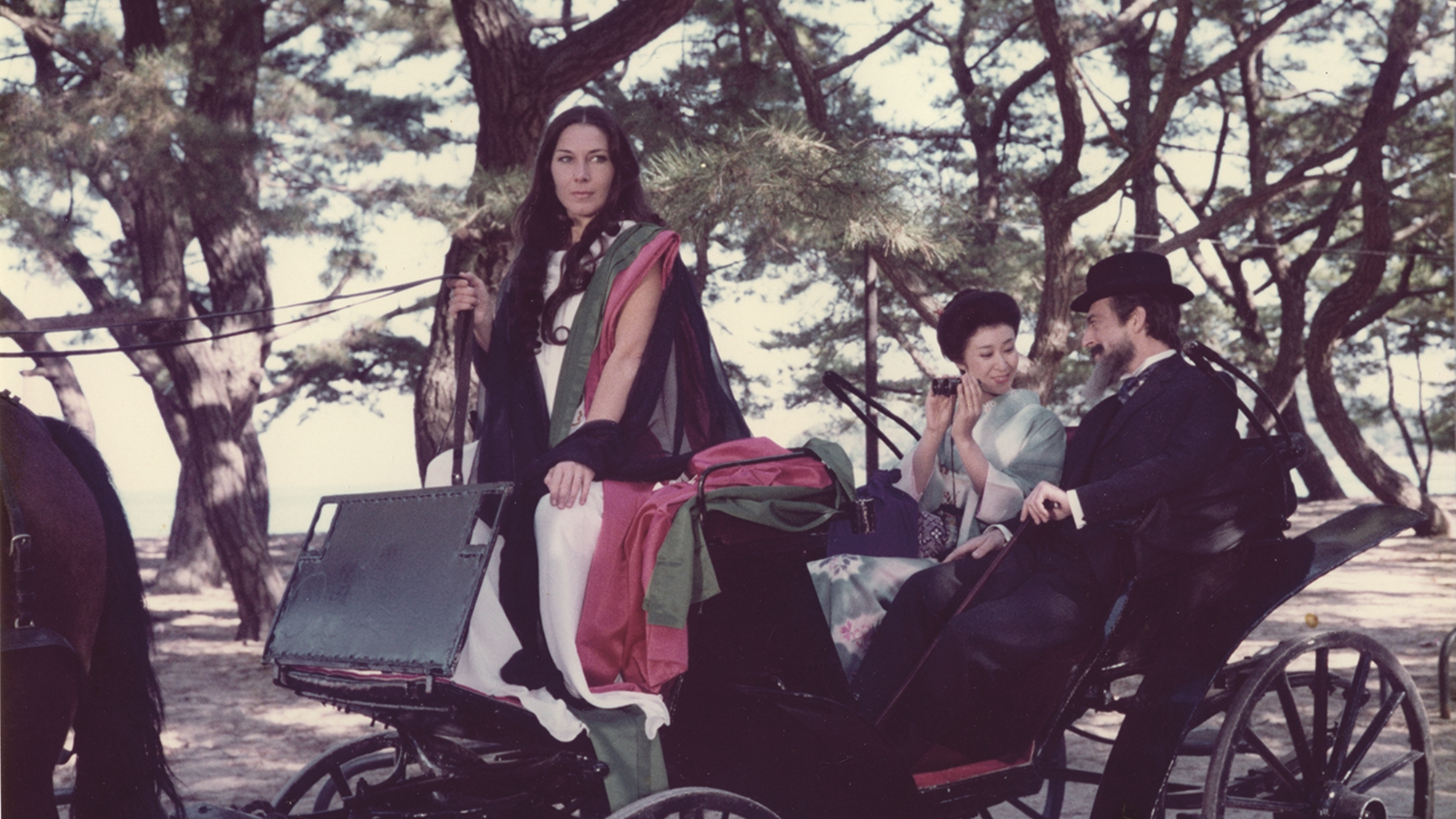 The Isle of Love

The period, work, love affairs, life and death of Wenceslau de Moraes, the great Portuguese writer whose works were steeped in orientalism, and who was born in Lisbon in 1854, died in Tokushima, Southern Japan, in 1929. The Isle of Love is taken from the title of the most famous chapter in The Lusiads, the epic poem by Luiz Vaz de Camões, the great Portuguese poet of the 16th century.
DirectorPaulo ROCHA
Portugal 1982 169min DCP color Fiction G 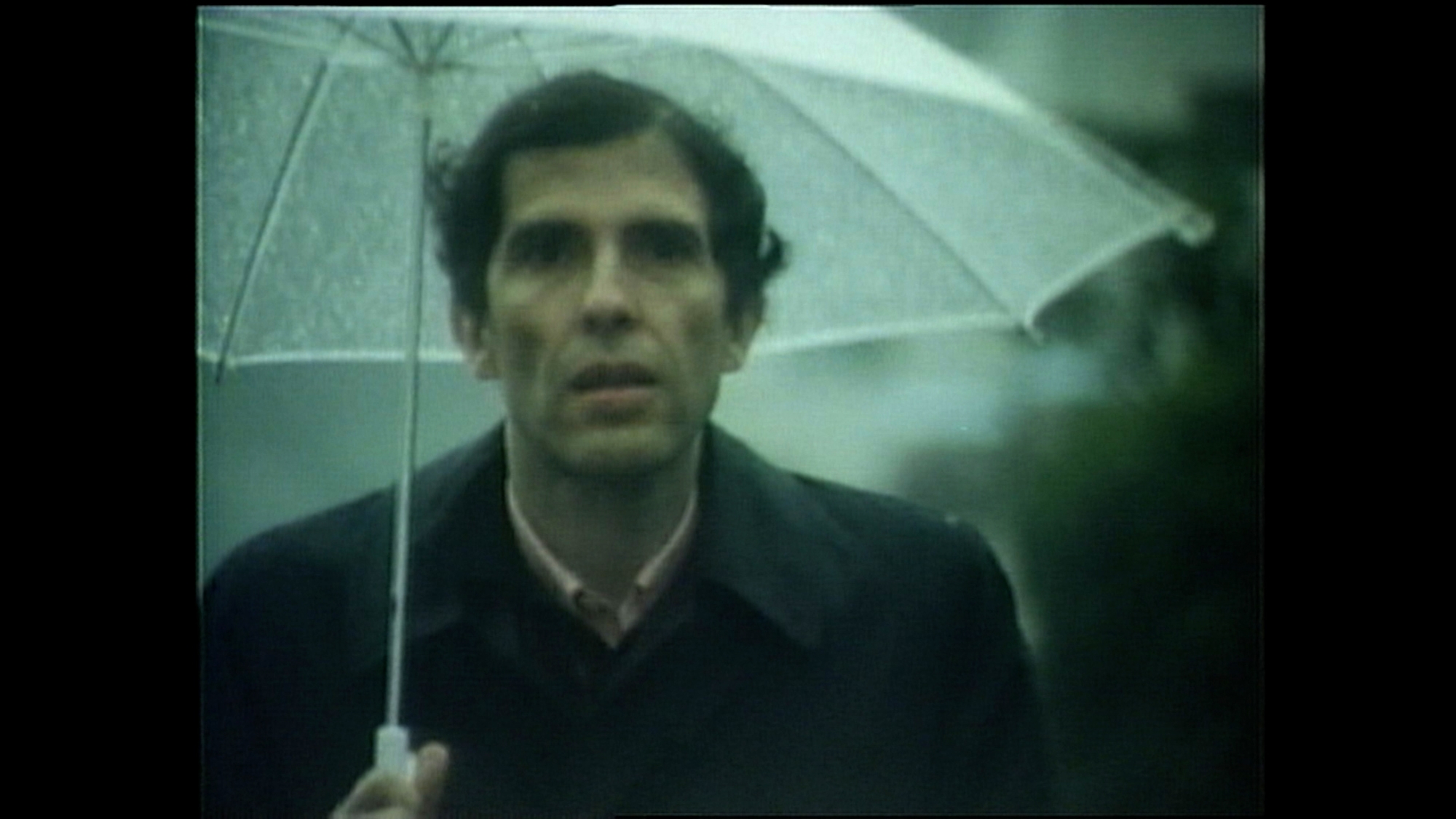 Paulo Rocha has a unique perspective on life as well as on its transposition to film. Around Rocha's Table delves into the life and work of Paulo Rocha, a cutting-edge filmmaker and founder of a new film movement that would later be dubbed "the nouveau Portuguese cinema."
DirectorSamuel BARBOSA
Portugal 2021 93min DCP color/b&w Documentary G Asian Premiere
Asian Premiere 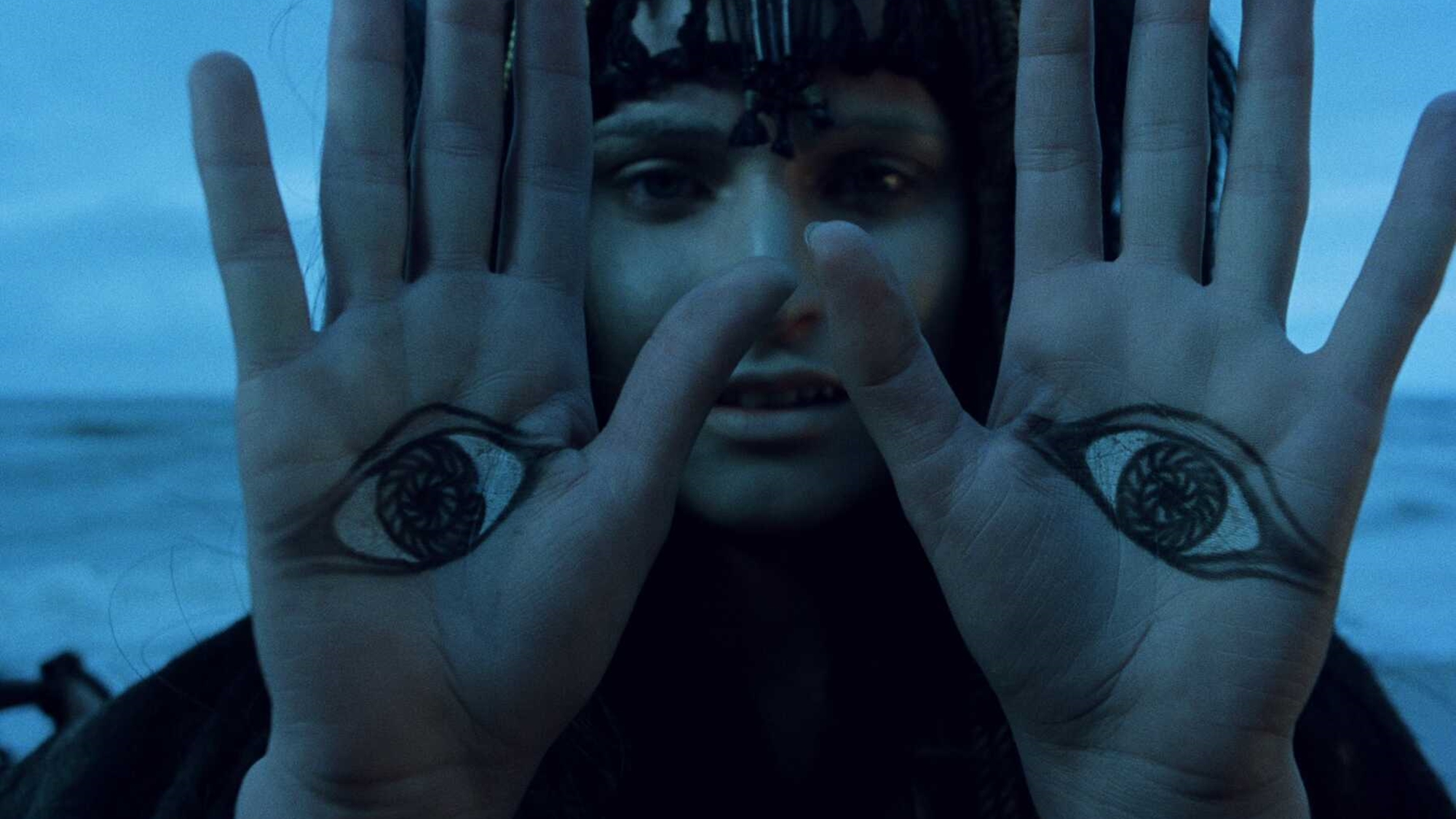 On the Silver Globe

Four astronauts settle on an alien planet in an attempt to create their own paradise, free of the weaknesses and the vices of modern civilization. The ambitious concept is quickly warped by their degenerate descendants who unknowingly repeat all the errors once already made by the human race. 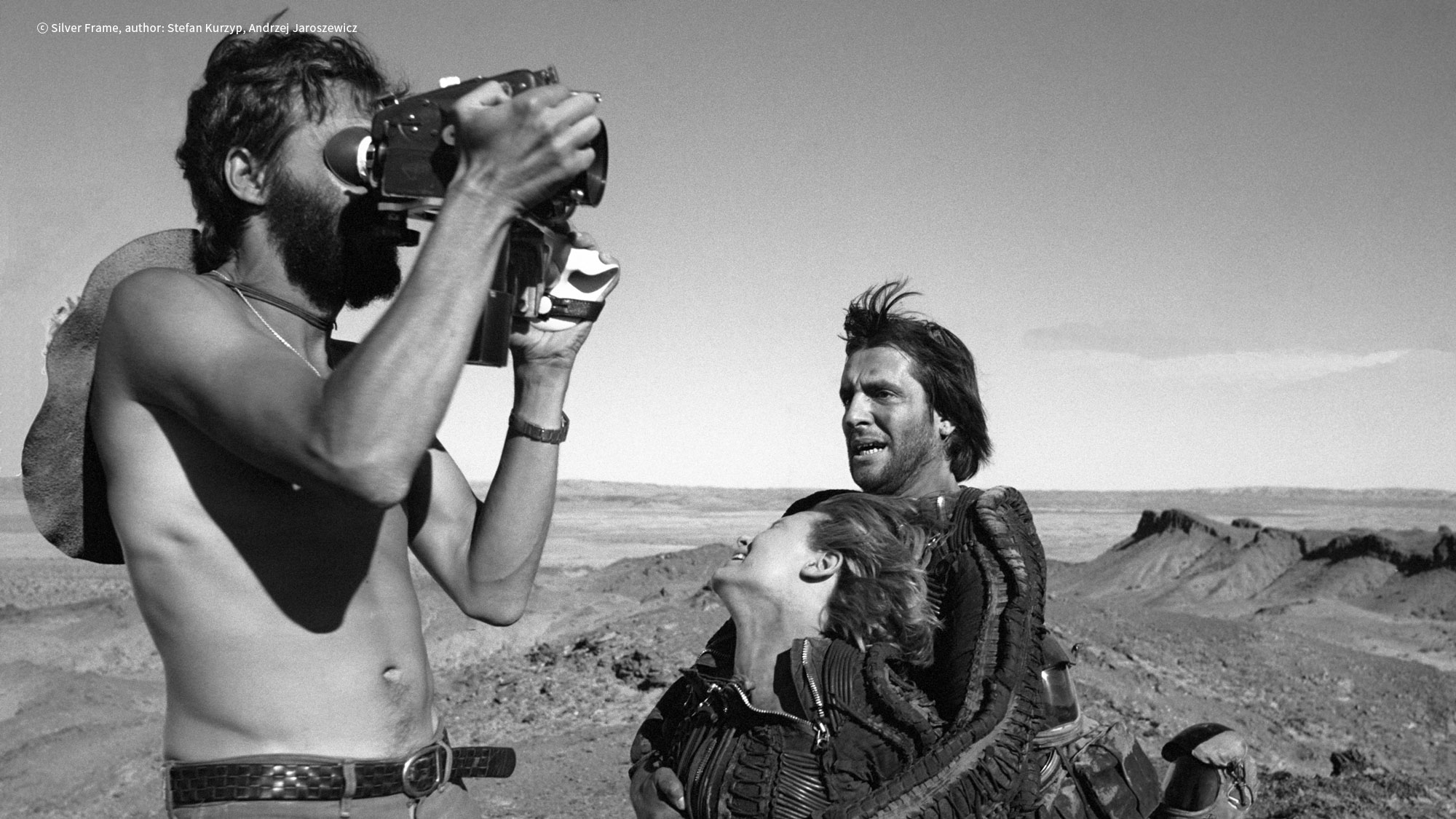 Escape to the Silver Globe

On the Silver Globe (1987) could have become one of the most groundbreaking SF films ever made. The huge budget, thought-provoking script, and bold artistic vision promised a masterpiece. Why, then, did the communist film industry bosses halt production two weeks before the shoot was completed? Was it for economic reasons? Political? Artistic? Or personal? What remains are the fragments of the film which still inspire audiences and the emotions of the crew, as strong today as they were forty years ago. This documentary is a story about the biggest mystery and the greatest, unfulfilled dream of Polish cinema.
DirectorKuba MIKURDA
Poland 2021 95min DCP color/b&w Documentary 18 Asian Premiere
Asian Premiere 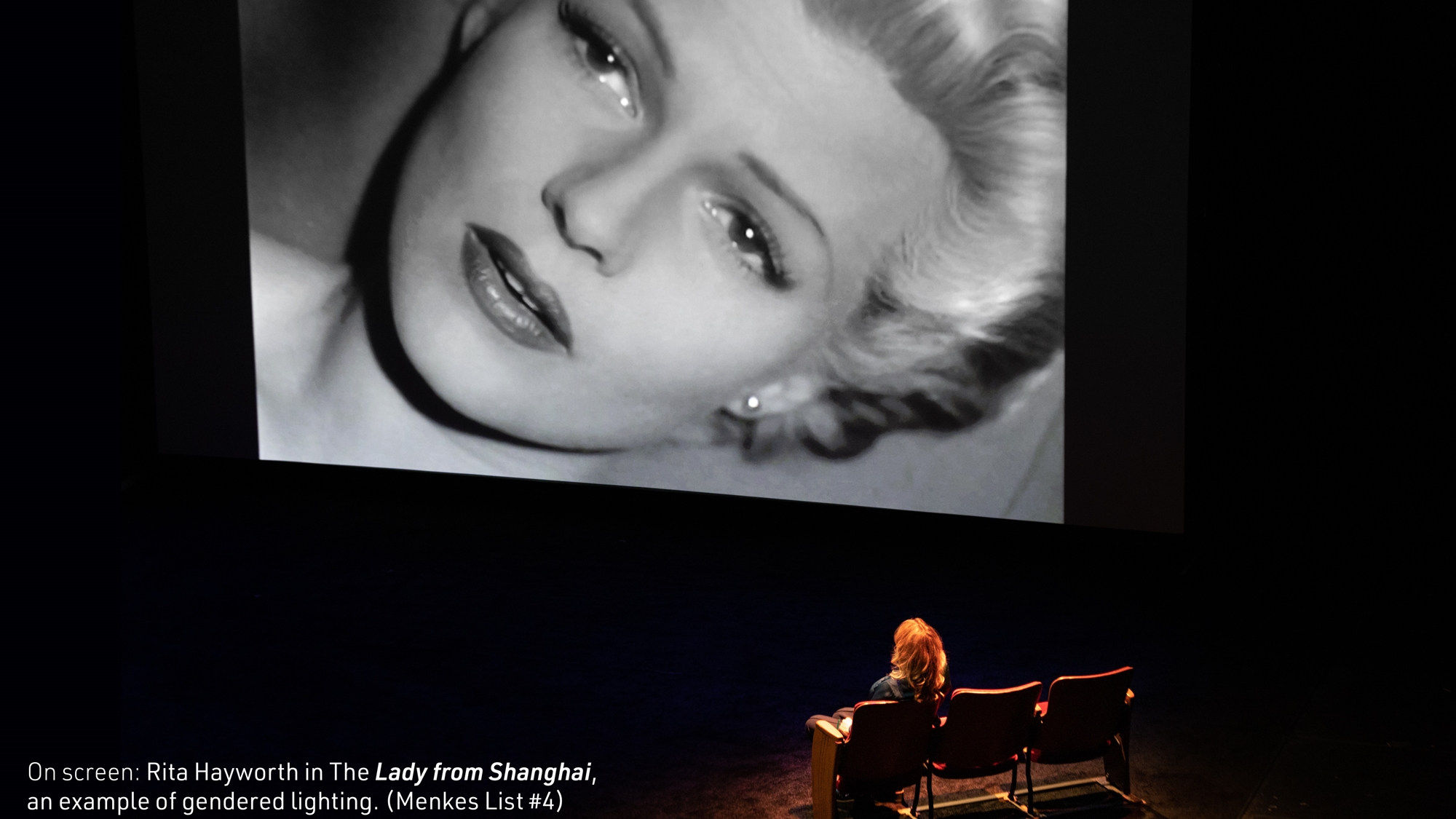 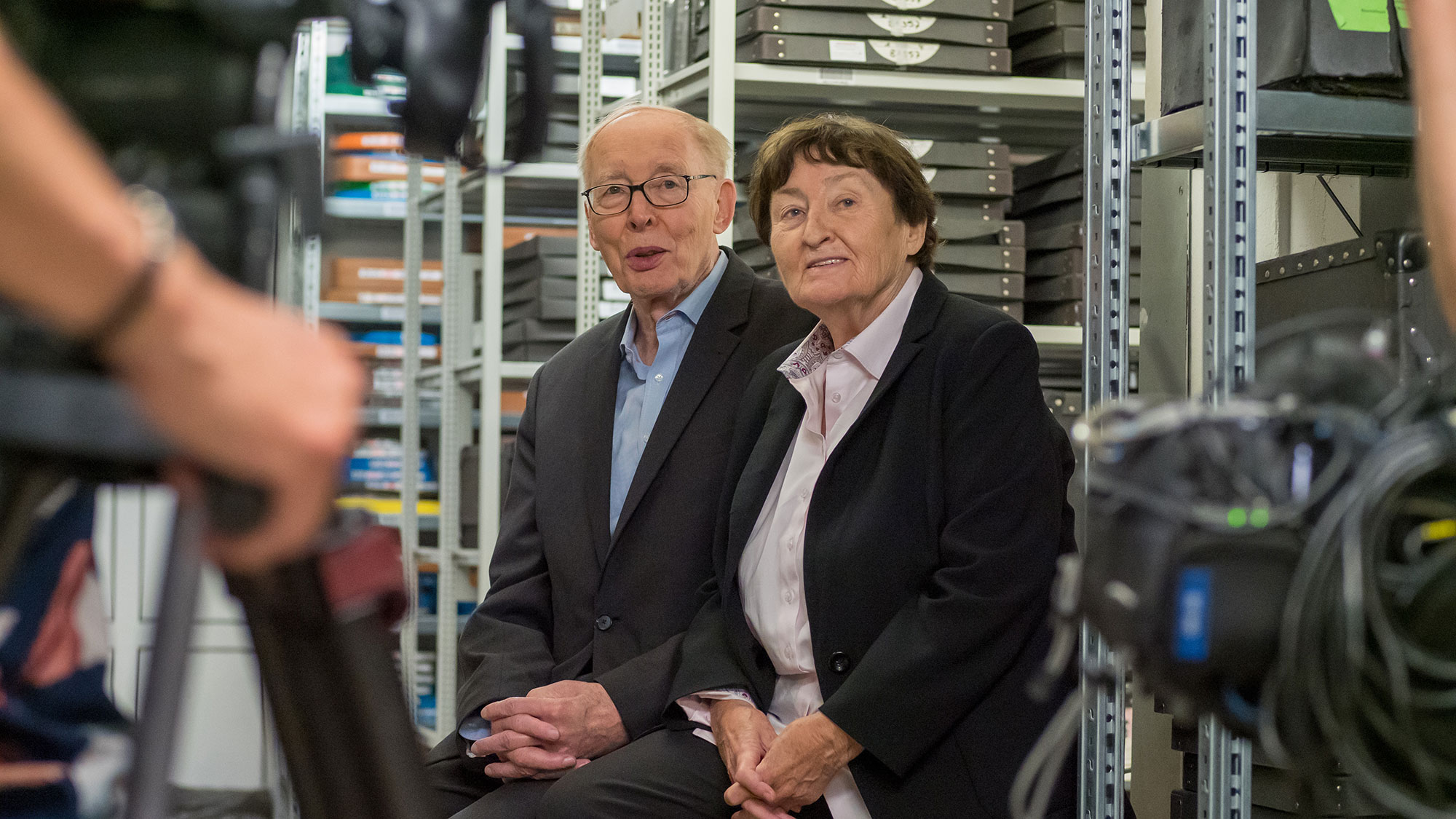 Come with me to the cinema – THE GREGORS

The title refers to the 1937 poem by Else Lasker-Schüler, which says that love can be found at the cinema. It was the love of cinema that brought together Erika and Ulrich Gregor, who significantly expanded the film history of post-war Germany, in the way films are viewed as well as the discourse surrounding the medium.
DirectorAlice AGNESKIRCHNER
Germany 2022 155min DCP color/b&w Documentary G Korean Premiere
Korean Premiere 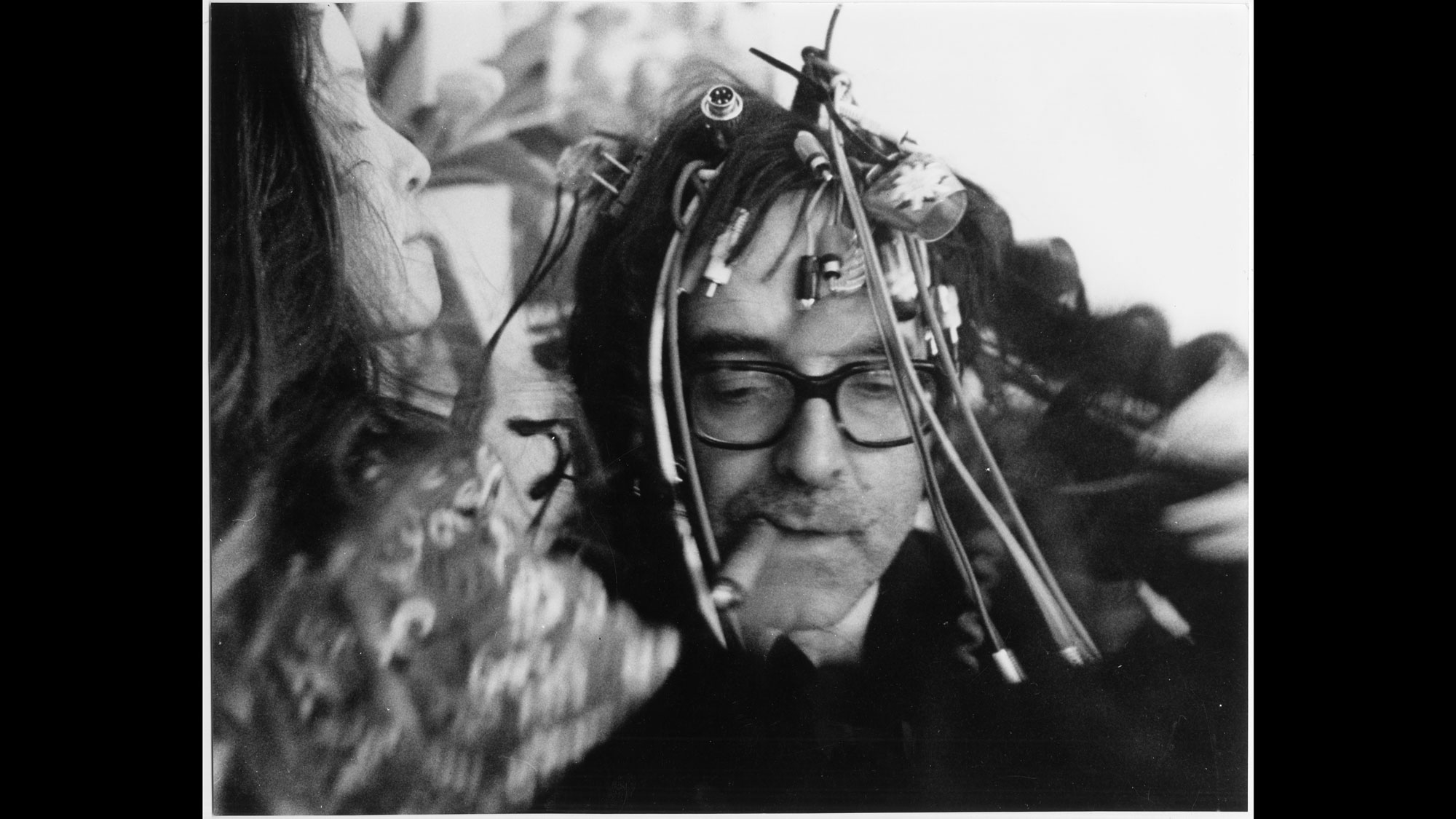 A collaged interpretation of Shakespeare’s King Lear. Everything returns to normal after Chernobyl. That is, everything but art. Most of the great works are lost, and it is up to people like William Shakespear Junior the Fifth to restore the lost artwork of the human race.
DirectorJean-Luc GODARD
France, USA 1987 91min DCP color Fiction G 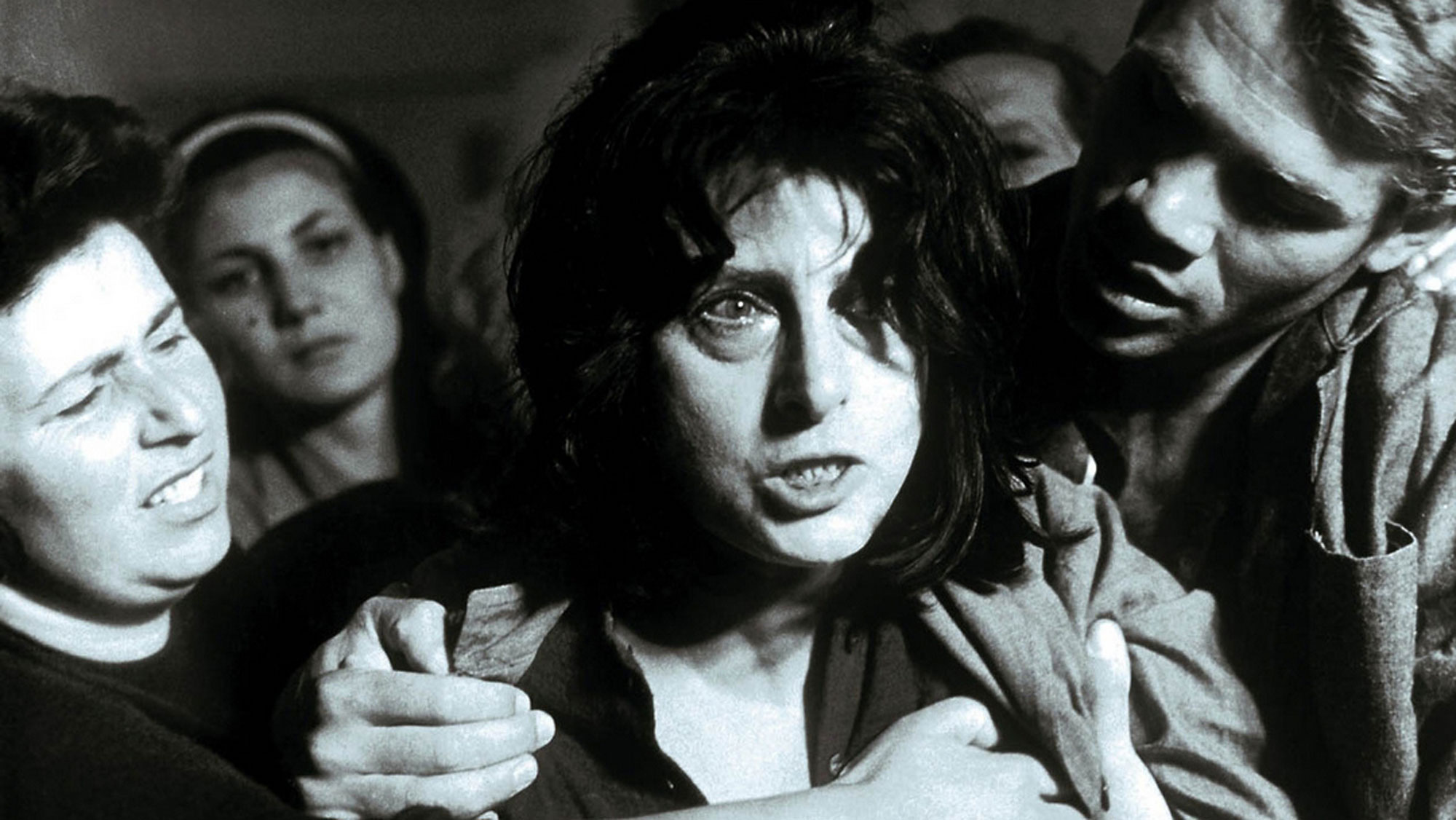 After many years working in the streets of Roma, the middle-aged prostitute Mamma Roma saves money to buy an upper-class apartment, a fruit stand and retires from prostitution. She brings her teenage son, Ettore, who was raised alone in the country, to live with her. Soon Ettore becomes her pride and joy. However, the boy that does not want to study or work, joins idle friends. Mamma Roma uses her best but limited efforts to straighten Ettore and make him an honest man. However, her past haunts her with tragic consequences.
DirectorPier Paolo PASOLINI
Italy 1962 107min DCP b&w Fiction 15 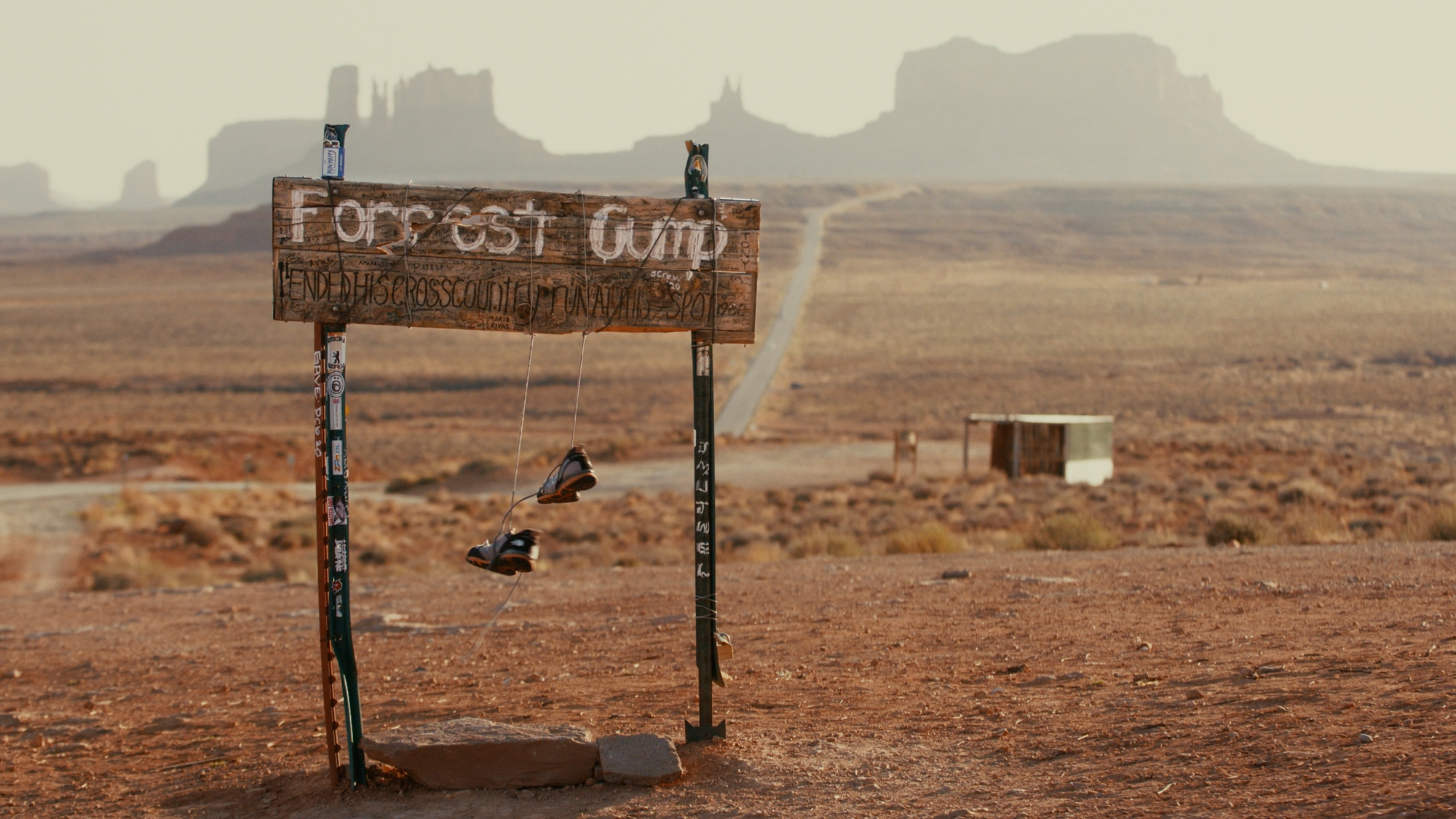 A radical examination of Monument Valley’s representation in cinema and advertising since John Ford’s Stagecoach (1939). The Taking scrutinizes how a site located on sovereign Navajo land came to embody the fantasy of the “Old West,” and why it continues to hold mythic significance in the global psyche.
DirectorAlexandre O. PHILIPPE
USA 2021 76min DCP color/b&w Documentary G Korean Premiere
Korean Premiere 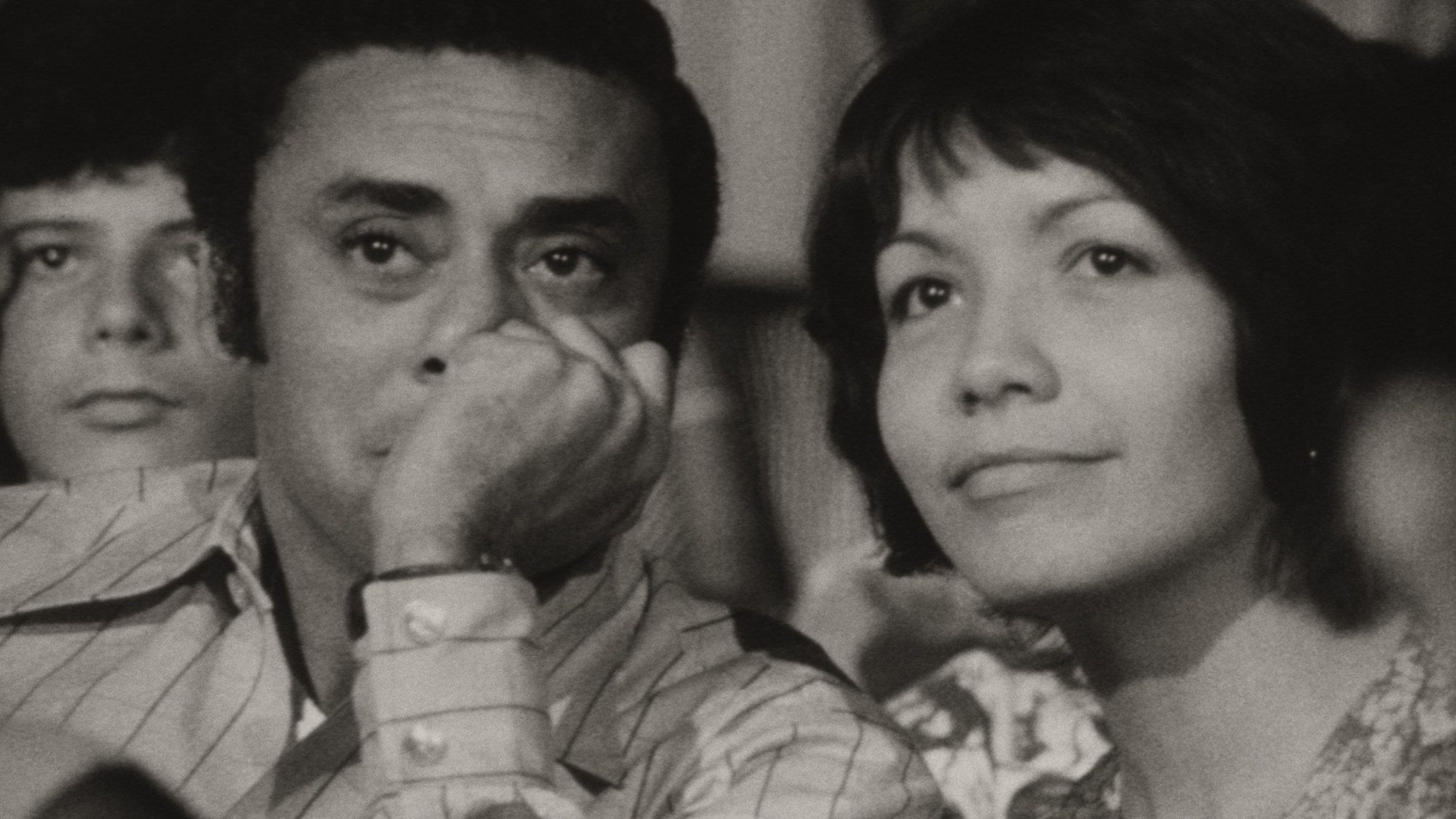 One Way or Another

The film describes life in a poor neighborhood in post-revolutionary Cuba. The values and role models of those living there haven’t changed since the construction of new housing; a new society cannot be created on-demand. Yolanda, an elementary school teacher, and Mario, who works in an omnibus factory, become a couple. While Yolanda strives for a pedagogical approach that integrates marginalized students, causing a conflict with her colleagues and the parents, Mario finds it difficult to let go of patriarchal role models. Their contrary ideals also put the relationship to the test, while at the same time critically reflecting the process of social transformation. One Way or Another was the first Cuban feature-length film by a woman director, and at the same time, it was Gómez’s last film.
DirectorSara GÓMEZ
Cuba 1974 73min DCP b&w Fiction and Documentary 15
Sponsor