In the value of contemporary, short films have incomparable advantages over feature films. The short film´s uniqueness of being good at thinking on its feet makes it possible to capture an experimental and challenging current society, people, and their interests. Among this year’s entries, films focused on the idea and development, visual experiment, and pain that were not fully spoken stood out.
The works that expressed the problems of communication drew the most attention. These films tell the stories of seeking understanding in order to recognize and overcome the existence of a communication barrier among families, members of society, and lovers. The stories show the prudent theme that acceptance of the impossibility of complete understanding of others opens a door to listening to others, observing their actions, and holding each other’s hands. Characters writhe, conflict, and search for answers to close the communication gap by themselves.
Also, concerns of women and minorities in our society are covered as themes. Socially underprivileged protagonists draw the stories like sexual orientation, disability, family and community, human rights and human rights sensitivity, and sexual violence in films. The judges couldn’t help to sympathize with the directors’ thoughtful perspectives on these characters and stories. Many films try to capture the voices of minorities while keeping an ethical gaze within a 40-minute time limit. These attempts raised expectations for future Korean films.
In animated films, there are many works that match the work method and content. The animated films that received high praise from the judges were unpretentiously unfolded daily life using elaborate sound and strong eye-catching images. Experimental films challenge to deliver messages to an audience without dialogue. There were also works that reveal a seething conflict and critical mind through the horror genre. Some films are difficult to define in one genre. Among sci-fi and romantic comedy films are expressed with the scenery of COVID-19 or animated techniques.
Although it is described as a trend, each film has its own voice. The films are selected to provide abundant images and sound, unpredictable story development, carrying out their own color, and proper length and formats. Hope the JEONJU IFF will present a cinematic experience that will make you remember 2021 in the aesthetics of short films. 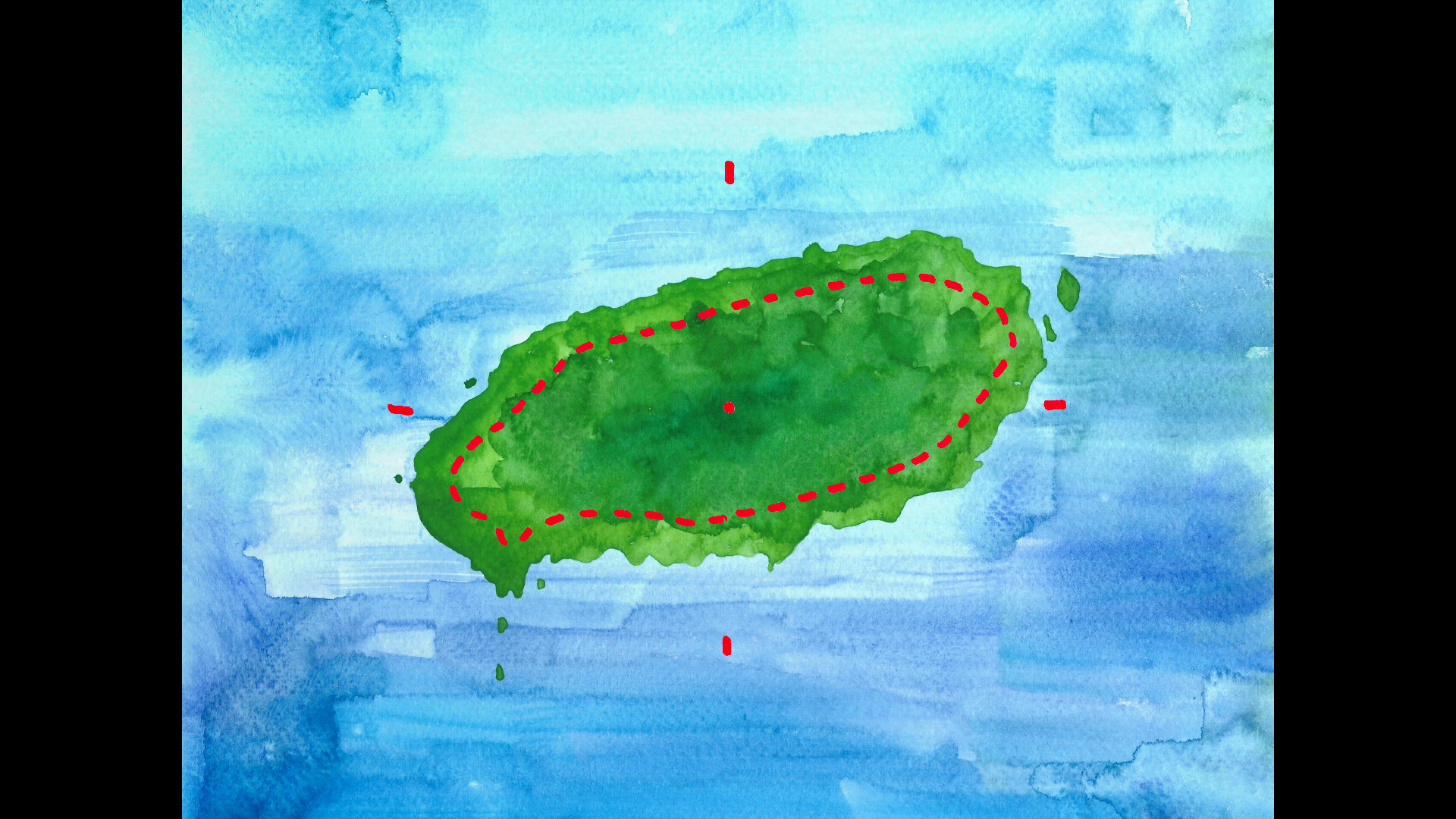 In Jeju Island, considered the Hawaii of Korea, an incident named "Jeju 4·3" killed about 1 in 10 people, under control of the U.S. military government, shortly after liberation from Japanese colonial rule. In this film, the children who survived the massacre 70 years ago testify with their drawings.
DirectorJude KANG
Korea 2021 14min DCP color/b&w Documentary Animation G World Premiere
World Premiere
Online 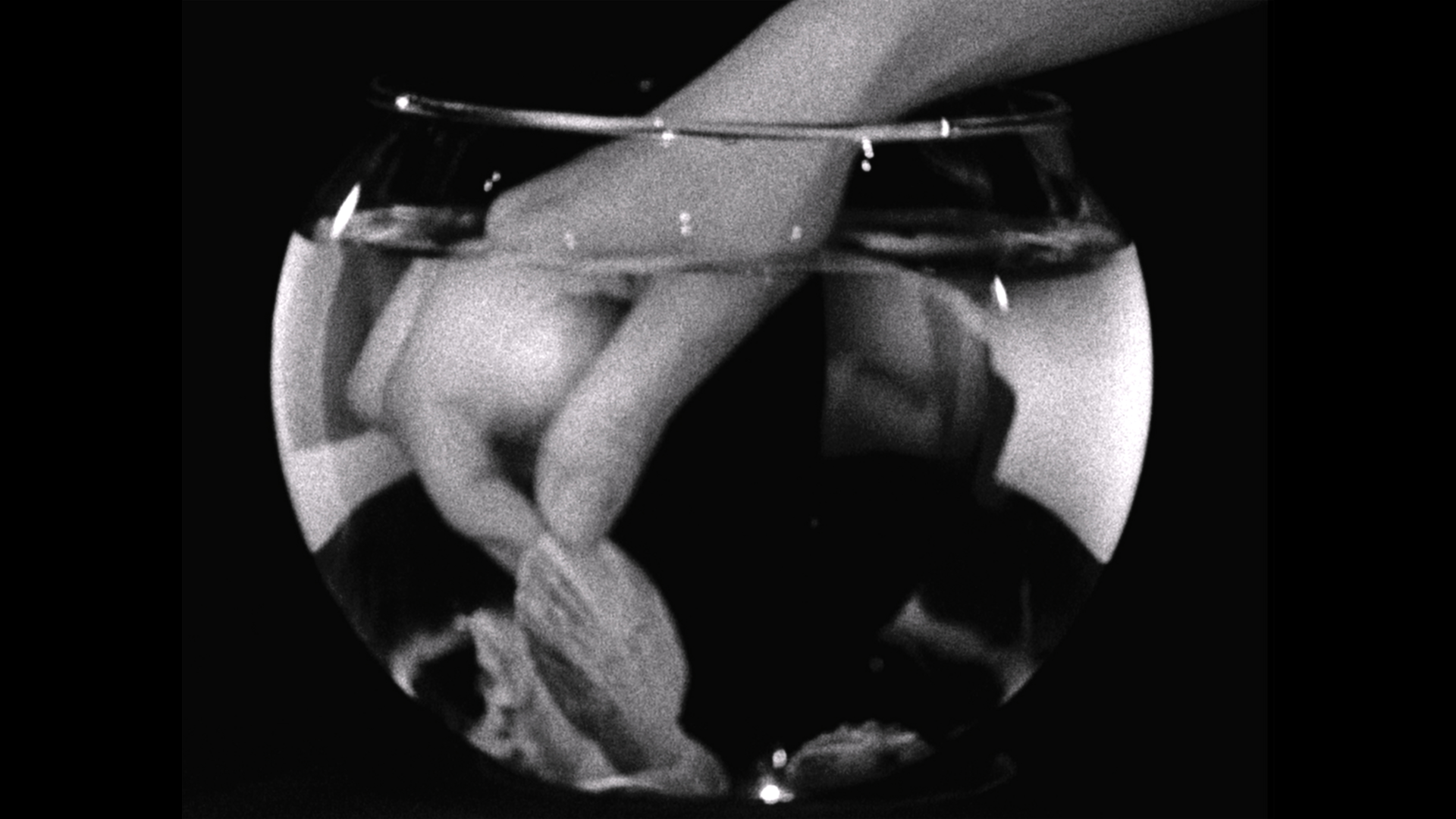 Whispers in the Water

A woman who says she talks with dead people explores different dimensions of language through her memories that involve whispers and water. She learns, unlearns, and relearns how to speak. At the end of her journey, she encounters an existence whose voice resembles hers and sees how a language emerges from her breath.
DirectorOH Onyou
Korea, USA 2020 9min DCP b&w Experimental 12 World Premiere
World Premiere
Online 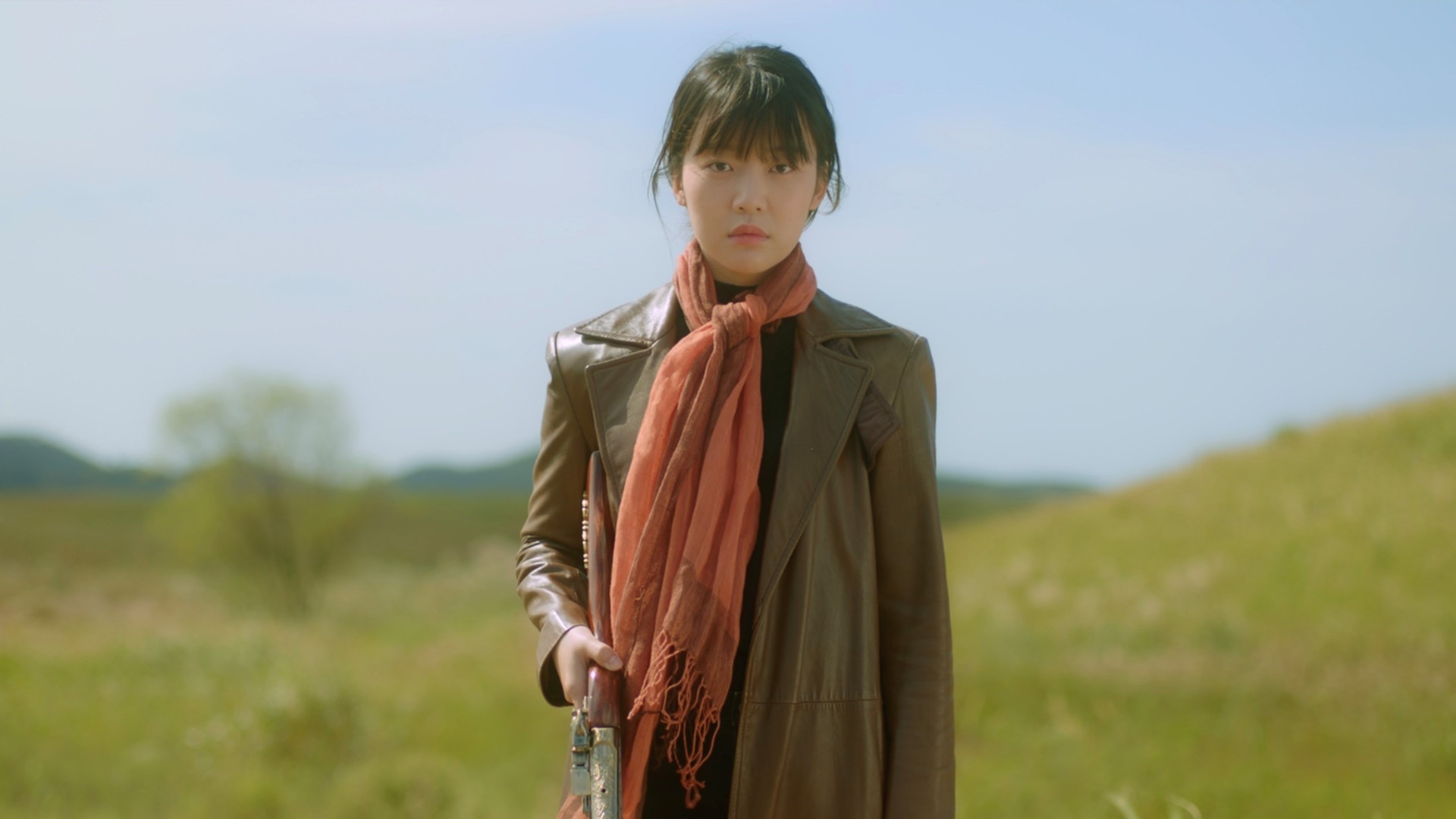 Woman Who Killed a Lion

When Yoonseul´s mother returns home from abroad, she tells Yoonseul about a dream she had when she was pregnant with Yoonseul.
DirectorPARK Yu-jin
Korea 2021 28min DCP color Fiction G World Premiere
World Premiere
Online 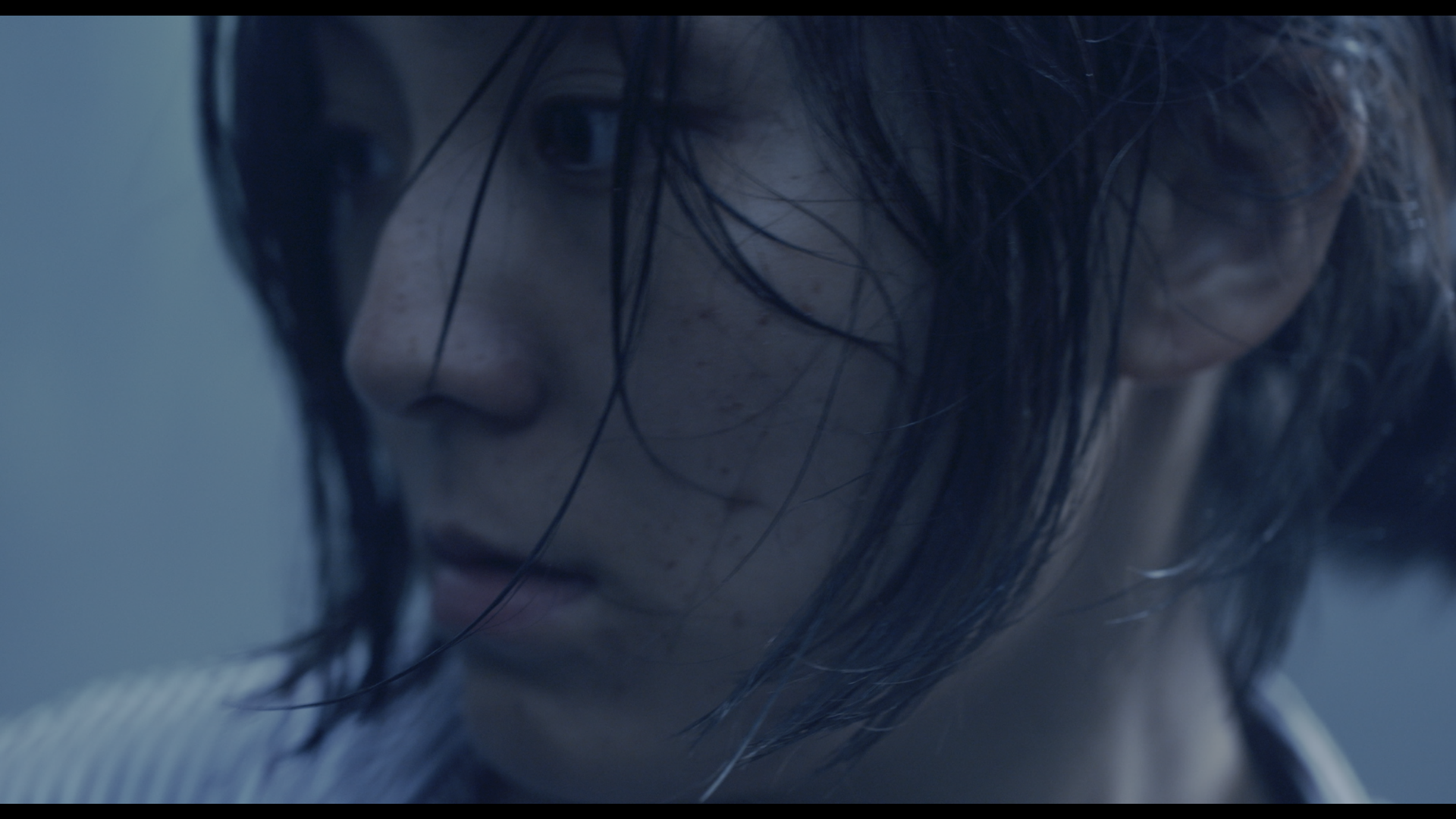 Jiwon, who is attending graduate school, has been a student of Professor Kim. The move is aimed at finding a better job by taking advantage of the title of "Professor Kim´s disciple." At a time when they are about to announce their acceptance into the research institute, they are caught up in unexpected things.
DirectorLEE Jihyang
Korea 2020 17min DCP color Fiction 15 World Premiere
World Premiere
Online 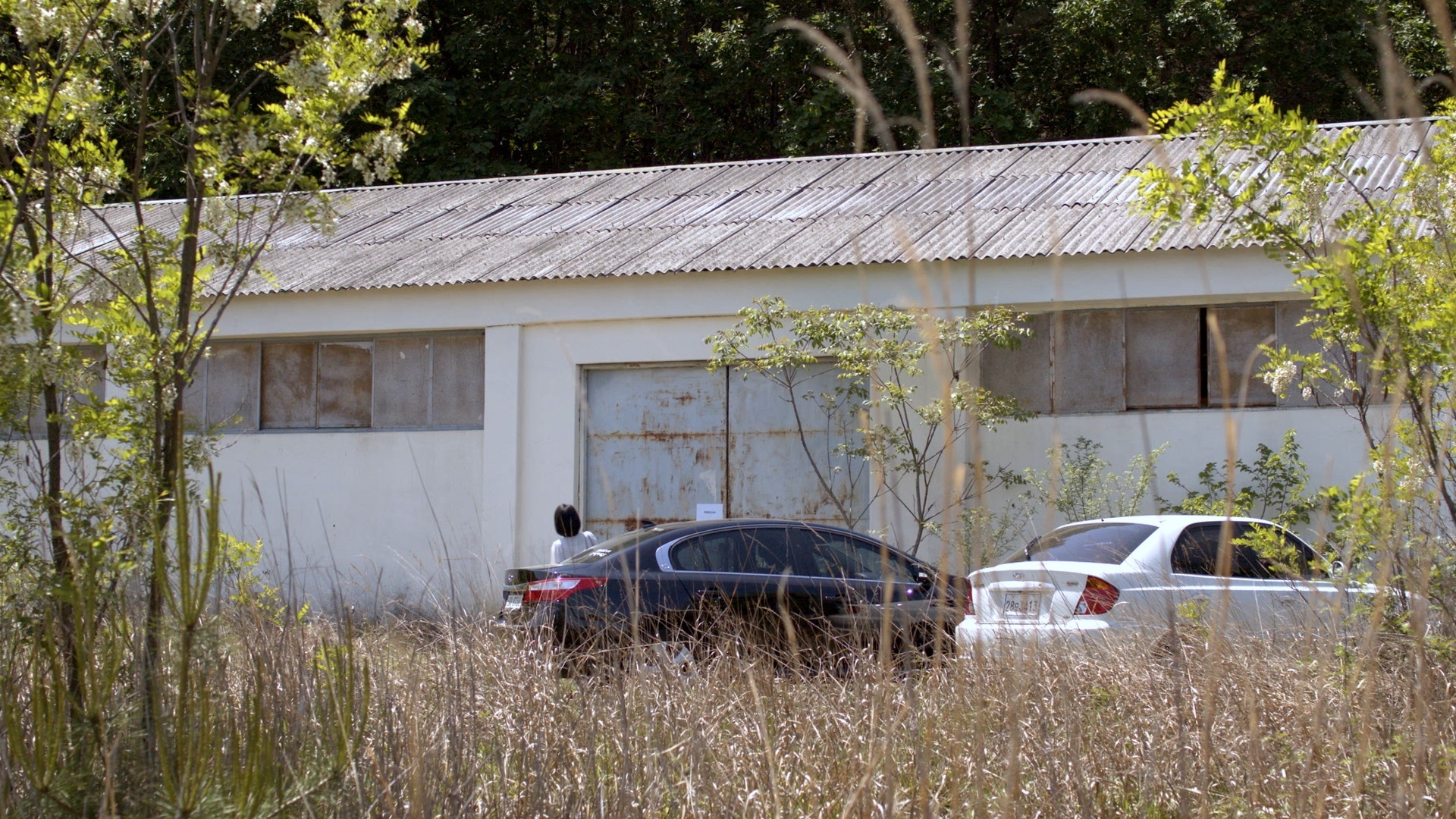 Yoonjee and colleagues are suddenly restructured. They are exiled to an old warehouse and begin to receive training sessions. Will Yoonjee be able to return to the company?
DirectorKIM Changbum
Korea 2021 40min DCP color Fiction 12 World Premiere
World Premiere
Online 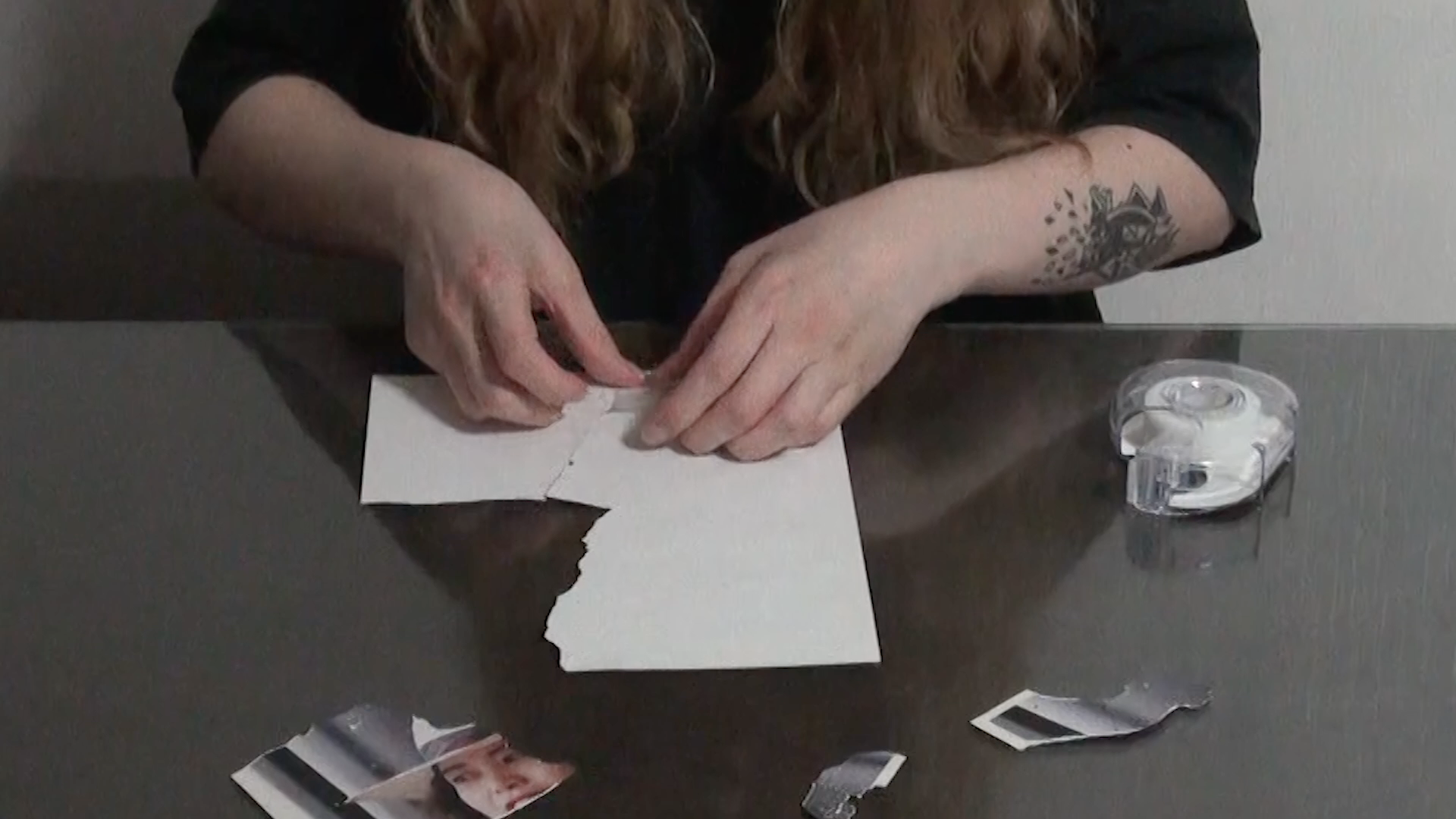 My dog chews up an old photograph. The fragments make me anxious, so I decided to stitch the photo back together.
DirectorKANG Yesol
Korea 2020 10min DCP color Experimental G World Premiere
World Premiere
Online 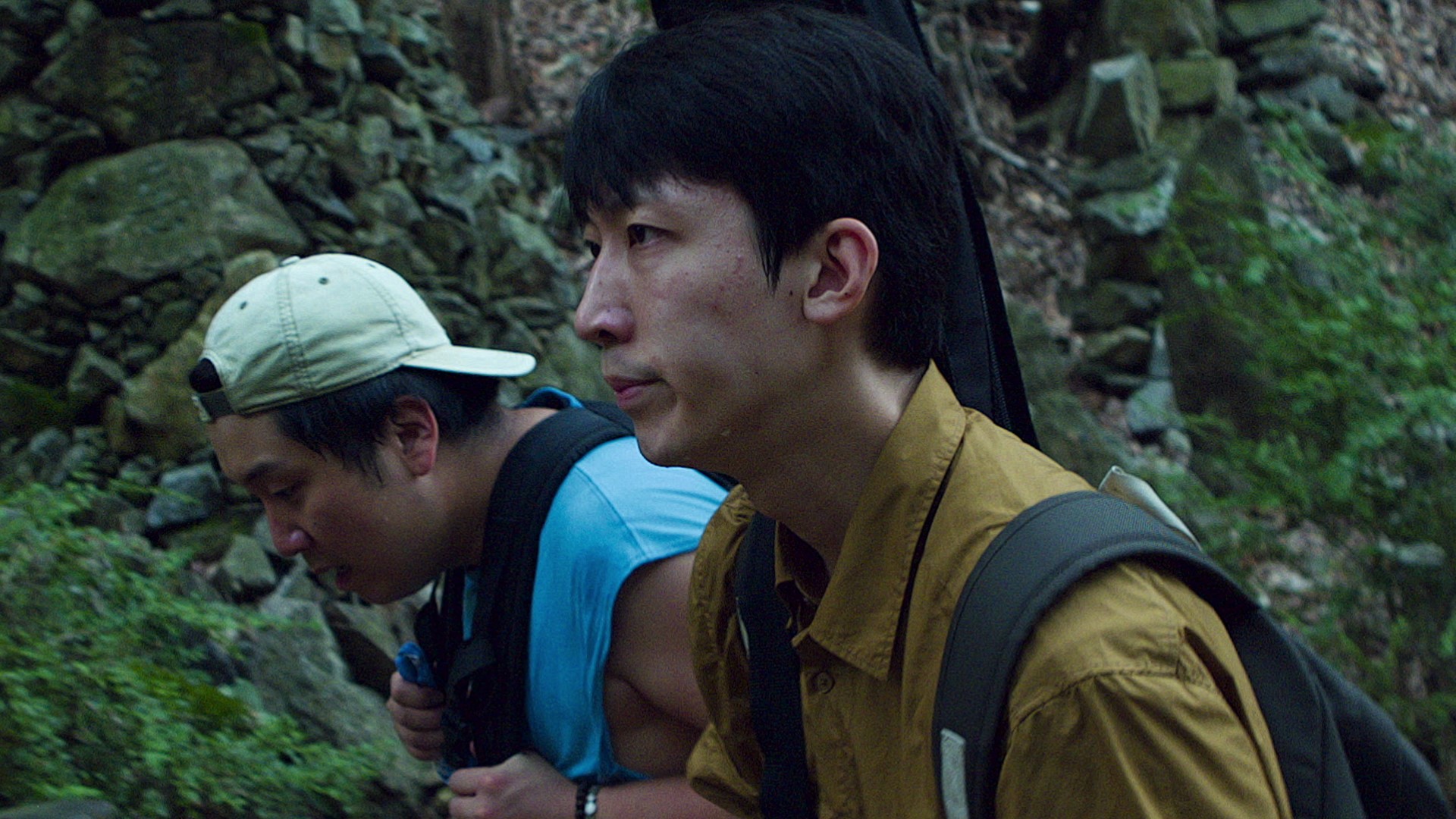 Where Is Our Love Song

Min-Chul climbs up a mountain with his guitar, and Hyun-Jin tries to keep up with him.
DirectorGOH Gainsoo
Korea 2021 22min DCP color Fiction 15 World Premiere
World Premiere
Online 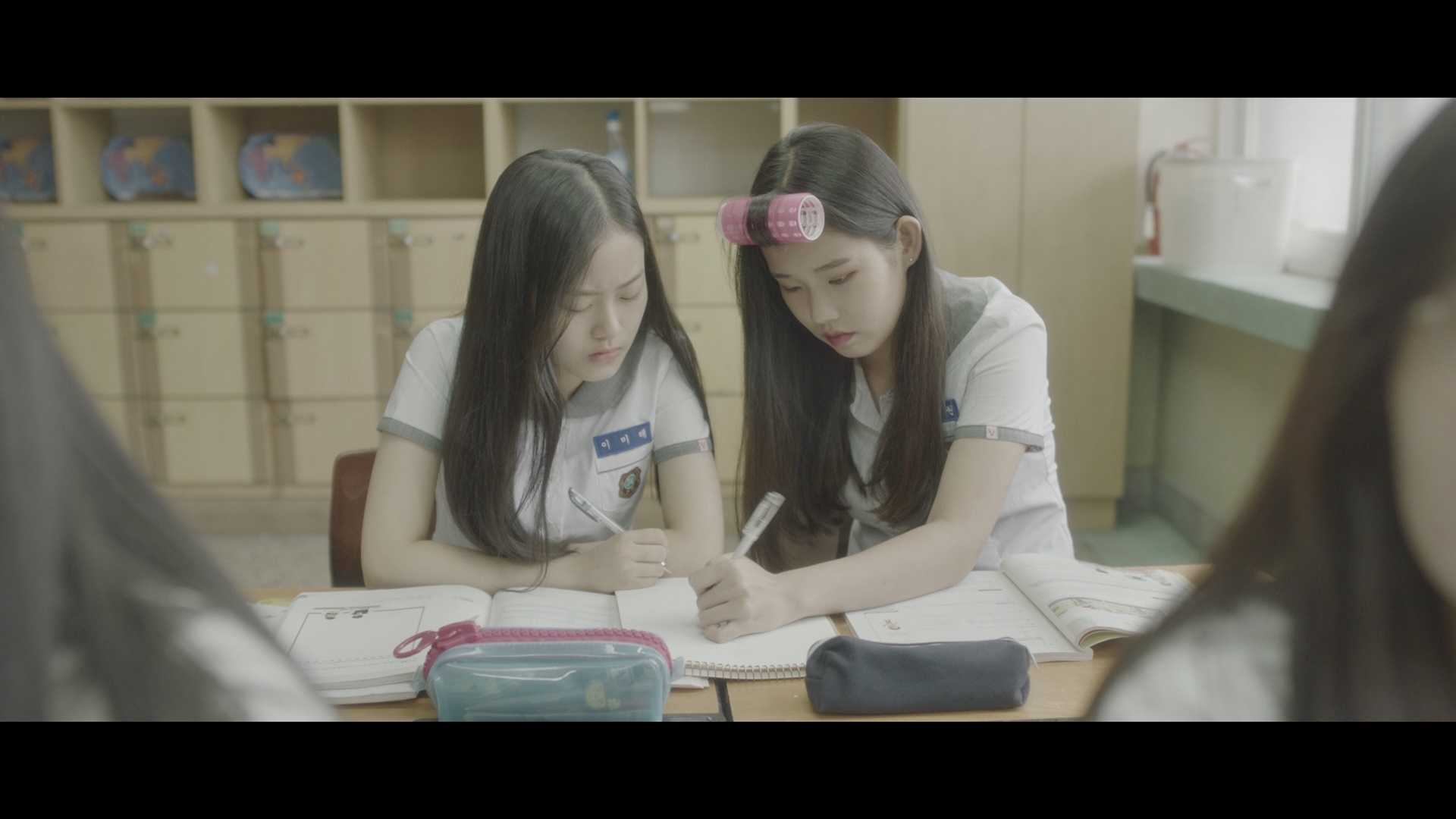 Mirae gets an offer of a K-pop trainee contract. She looks back on her short life and finds her past that would ruin her future career and reputation, as she dreams of becoming a k-pop star. Most of all, her ex-boyfriend, Jaemin, is the most worrisome. She starts to clear her past and sets out to find Jaemin.
DirectorSONG Yechan
Korea 2020 28min DCP color Fiction 12 World Premiere
World Premiere
Online 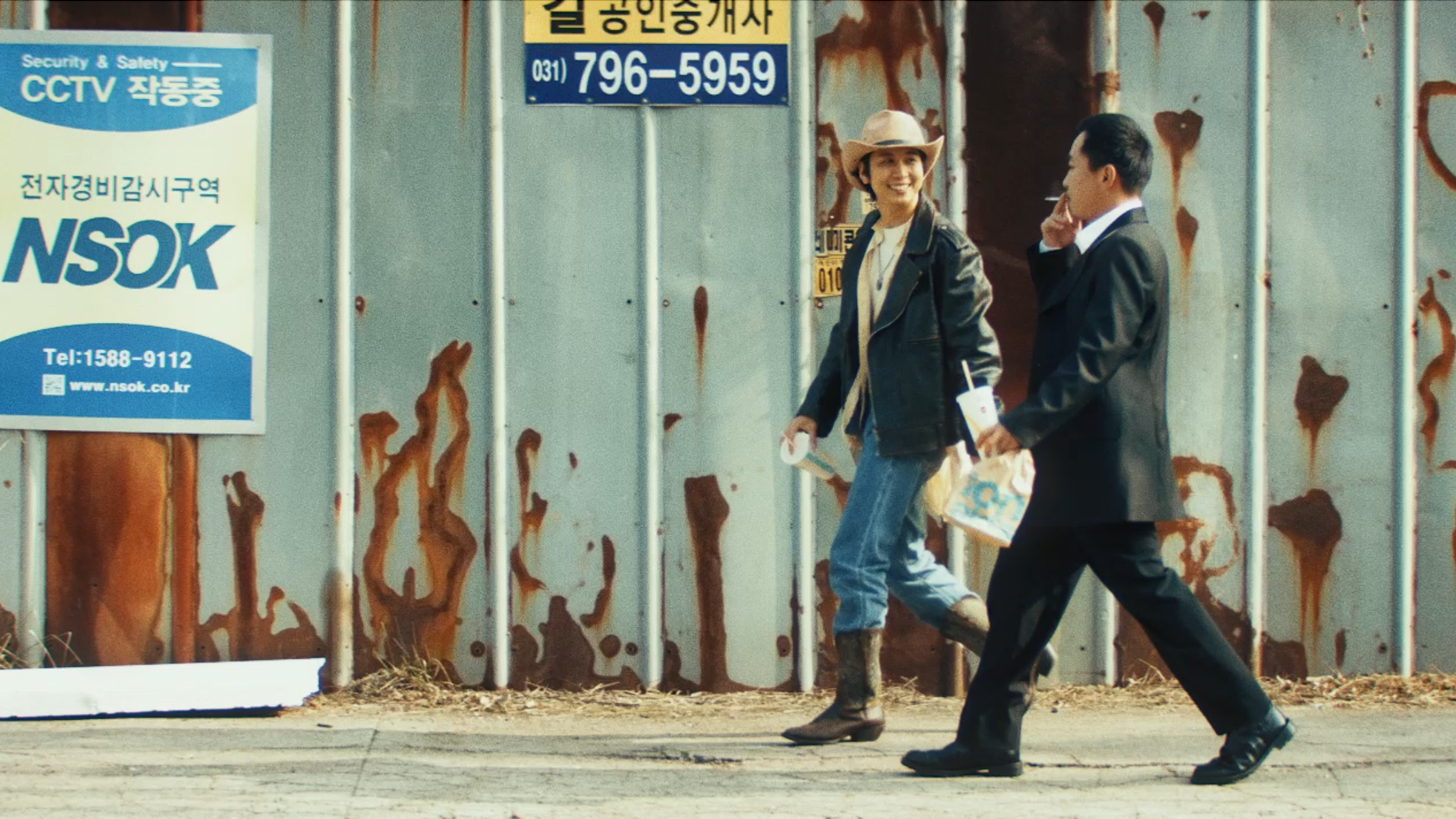 One day, Brad visits Marie and me to buy Marijuana. While they are very close to a deal, Brad goes to the toilet, finds detergent there. He thinks it is cocaine and snorts some without hesitation. Marie and I find Brad and start to think about how they can overcome this situation.
DirectorCHO Eungil
Korea 2020 27min DCP color Fiction 15 World Premiere
World Premiere
Online 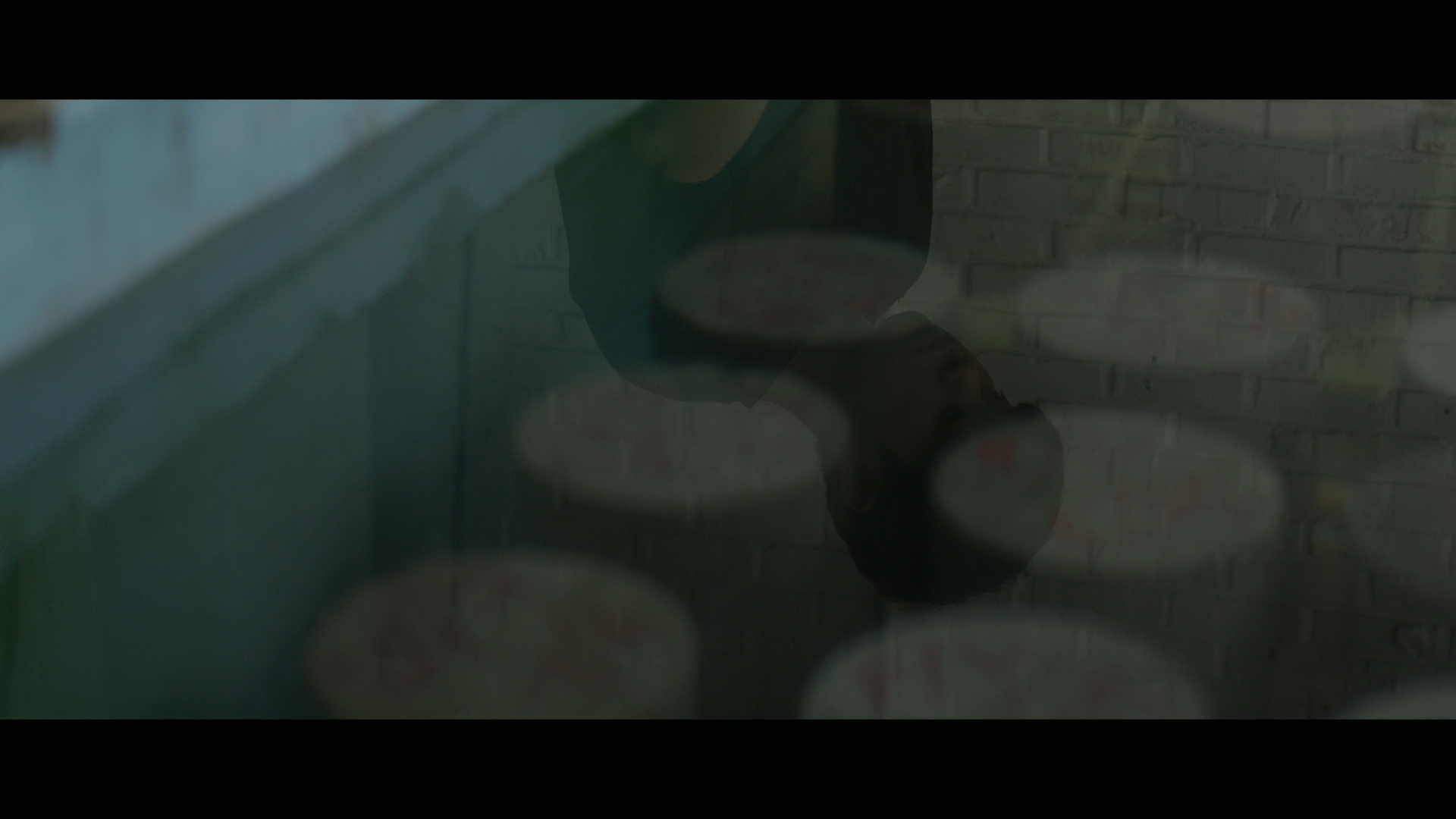