This year’s Korean Competition section, like last year’s, became a way to show the reality of Korean independent films struggling despite a horrible crisis. The trend of films has changed as the COVID-19 pandemic has lasted for three years. While Korean independent films over the past few years have paid attention to issues related to external factors such as social injustice and inequality, it seems that this trend has recently shifted to focus on the individuals, such as stories of family or romance. There have been many films in which creators mainly focus on their identities. On the other hand, there are also more films that strategically pursue genre-specific narratives rather than traditional art films. It is not known whether such changes are due to the directors’ survival strategies or changes in their tastes, or whether they are just coincidences, but what’s clear is that these topical changes have led to a change in the films’ quality.

The nine films selected for this year’s Korean Competition aim not to lose sight of their truths despite the world’s swelling changes, as well as taking a step forward to reality. They also show a new leap forward for Korean independent films after the pandemic.

Among all submitted films, Director Lee Ji-eun’s The Hill of Secrets stands out the most in how it deals with family issues. Set in the 1990s, the main character is embarrassed of her parents who sell salted fish in the market. When the girl wins recognition from a writing contest at school, she becomes even more ashamed of her parents for having such jobs. When repeated lies about her parents collide with the truthfulness in her writing, she becomes deeply troubled. Actor Moon Seung-a, who won Best Actor Prize at the JEONJU IFF three years ago, once again draws attention with her performance. Another family film, Kim Jinhwa’s Missing Yoon, tells the story of a mother and daughter searching for singer Yoon Si-Nae, who suddenly disappeared. The mother is also a singer, who always thinks about Yoon Si-Nae and even mimics her songs, while her daughter is an “attention seeker” who secretly takes videos of even her close friends to get views. They go through various difficulties to find the missing star and eventually realize how precious they are to each other. The actor who played the role of the mother, Oh Mine, shows a wide range of impressive performances.

The family stories are also transformed into stories of women. Director Kim Jung-eun’s Mother and daughter seems to be based on "Nth Room Case." The main characters are a mother and her daughter, who suffer from a private video being leaked online. As the title suggests, this film focuses a little more on the mother. As the mother understands her daughter’s experiences and feelings, she gradually realizes her true "position as a mother" and eventually redefines her relationship with family. Director Jeong Ji-hye’s Jeong-sun is similar to Mother and daughter in dealing with a video leak incident, but there are differences in terms of the composition of the film and the situation of the main characters. The main character, Jeong-sun, is a mother and middle-aged woman who works in a factory. The film powerfully depicts Jeong-sun as a woman who has endured human disgrace and humiliation by herself by focusing on her facial expressions and gestures, rather than the narrative related to her family. Actor Kim Geumsoon, who has mainly played supporting roles, takes on the role of Jeong-sun and gives an impressive performance. Director Choi Jungmoon’s When I Sleep portrays three women who happen to be involved in an accident. This reveals the shallow relationship with their cousins and friends, with whom they thought were close and knew everything about each other, from which stems true solidarity.

Archaeology of love, directed by Lee Wanmin, is an unusual love story of a woman who tries to stick to her principles. In this film, two stories, a female archaeologist’s love story with a man from eight years ago and a story of her trying to start a new love while still not completely free from her previous love, intersect each other. Fitting for an archaeologist who understands the essence of something from only looking at the relics after a long time has passed, she cannot understand the essence of love and people living in the present. Hong Yongho’s Havana deals with a desperate love story within the genre of legal thrillers. On the one hand, this film is a cold court drama about a woman accused of brutally murdering her husband and a lawyer trying to prove her innocence and her husband’s family chasing after her inheritance, while on the other hand, it is a passionate melodrama focusing on a man that mysteriously helps the woman.

Drown, directed by Lim Sangsu, is a psychological thriller film focusing on a man. The main character, who runs a motel while caring for his elderly mother with dementia, experiences great psychological stress from his mother, who rings the doorbell to call him too often, and from the people outside the motel who look down on him. The director leads the film into the huge allegory called “Paroho Lake” by illustrating a bizarre situation in which it is difficult to tell whether the incidents are the man’s illusions or something that actually happened.

While documentary films were inferior this year in both quantity and quality compared to the previous editions, Saving a Dragonfly by Hong Daye is the piece that stands out the most. Director Hong asks earnestly about the meaning of university through the stories of herself and her friends. In her high school days, she started filming on camera because she didn’t want her identity to be taken away by the difficulties of preparing for college, but her worries continue even after taking the exam again and entering college. The film is made with a desperate desire to save the director and her friends, who are just like a dragonfly drowning in the water. 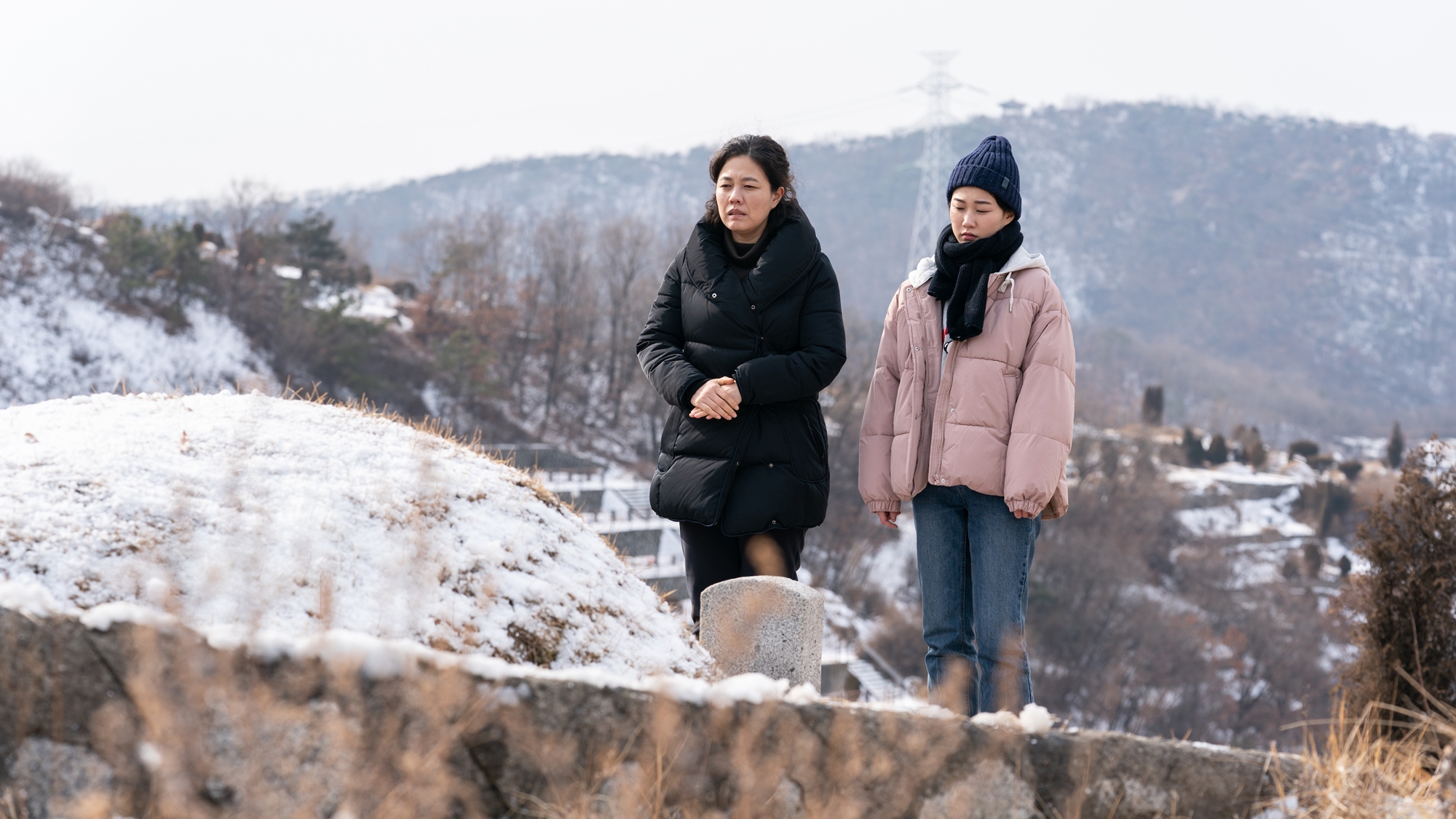 Gyeong-ah works as a caregiver and lives alone. The only one she can rely on is her daughter, Yeon-su, but it's hard to see her after she moved out on her own. Meanwhile, Yeon-su, who is suffering from her ex-boyfriend, Sang-hyun, argues with him again and visits her mother’s house. After Yeon-su left, Gyeong-ah receives a shocking message from a stranger.
DirectorKIM Jung-eun
Korea 2022 118min DCP color Fiction 15 World Premiere
World Premiere 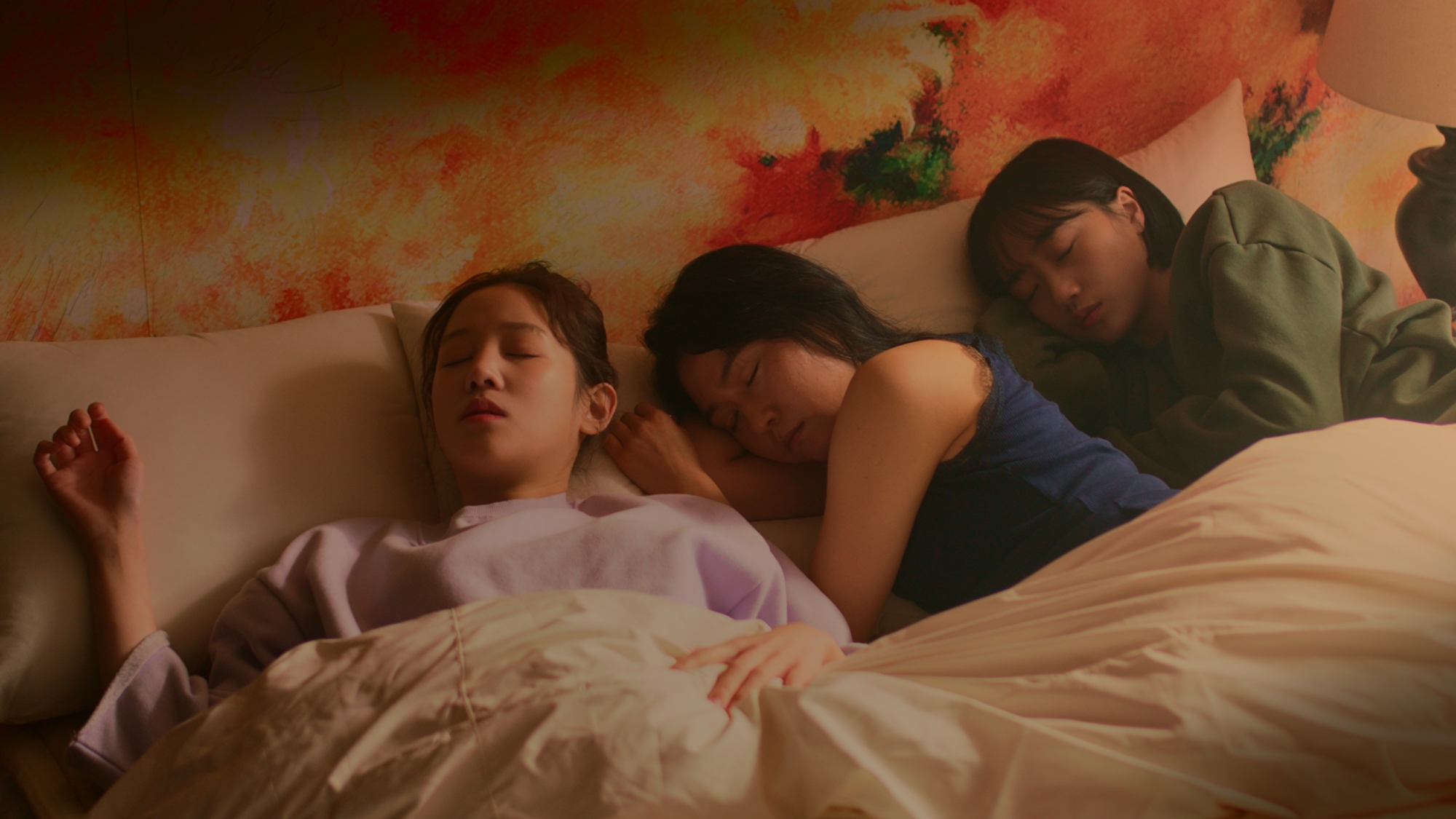 Suna, Jisu, and Bomi, who contain different stories, get into a car accident on a last-minute trip to visit the graveyard of Jisu’s parents. The three spend the night in an unfamiliar place and learn about each other’s secrets.
DirectorCHOI Jungmoon
Korea 2022 116min DCP color Fiction 12 World Premiere
World Premiere 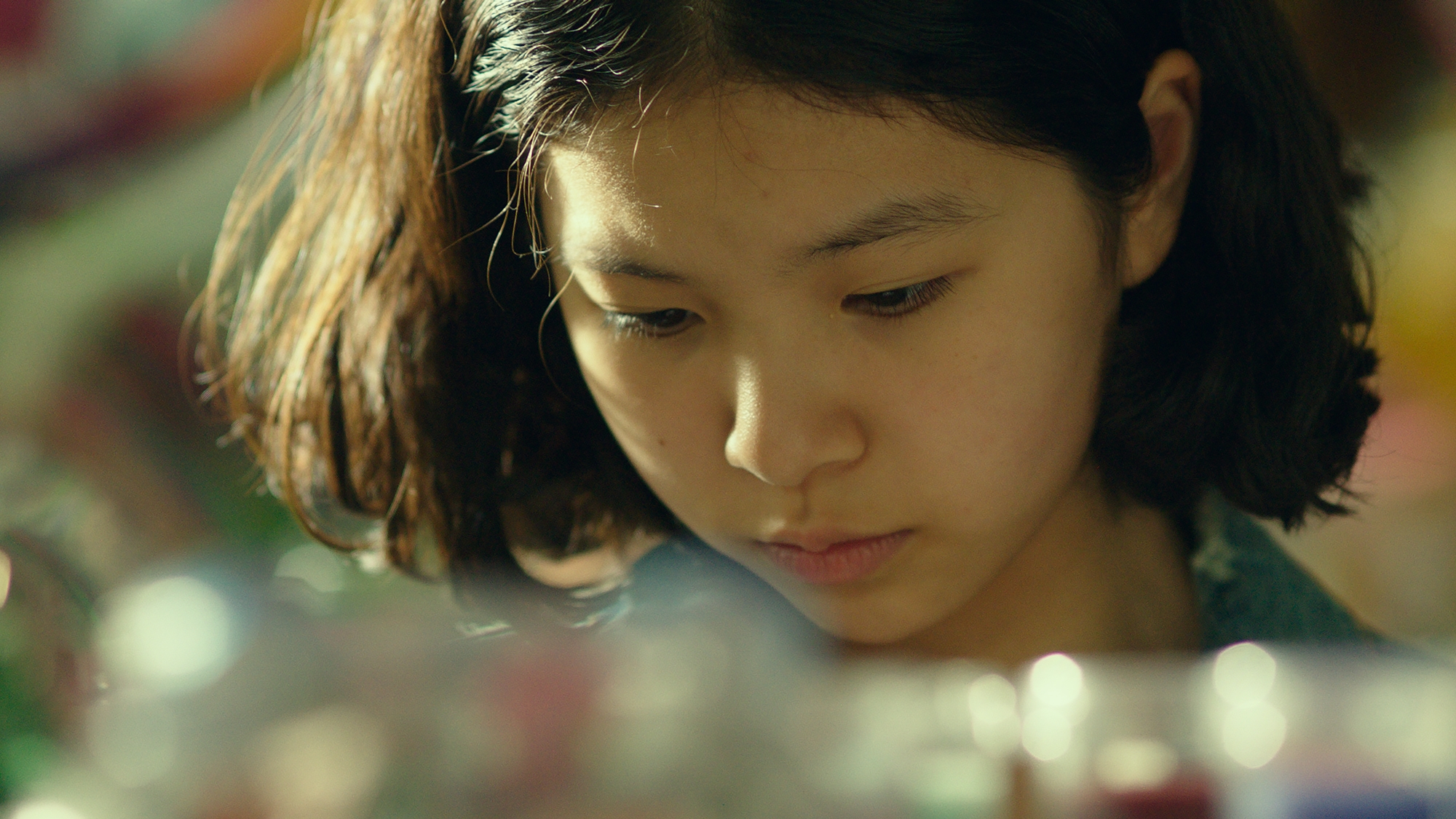 The Hill of Secrets

A coming-of-age story of Myung-eun, a 12-year-old girl with emotional sensitivity who gains a deeper understanding of herself and her family through the power of writing.
DirectorLEE Ji-eun
Korea 2022 122min DCP color Fiction 12 Asian Premiere
Asian Premiere 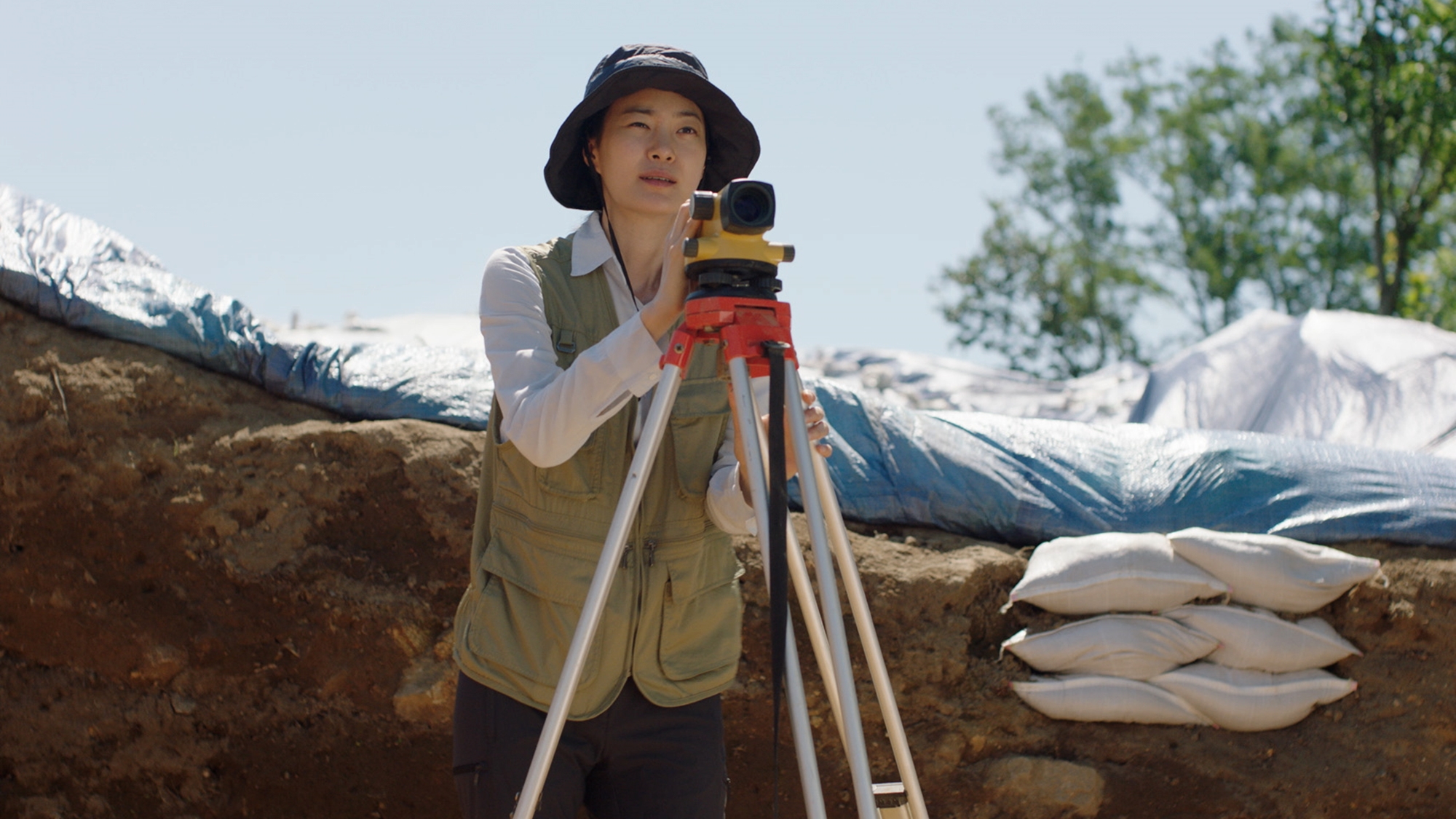 Young-sil and Inseek become lovers eight hours after meeting. Inseek is certain that Young-sil is a free spirit. Anxious Inseek makes Young-sil promise that their love will be forever, whatever happens. Young-sil tries to keep the promise, even after their breakup. 8 years later, Young-sil likes Udo, but is unable to do anything.
DirectorLEE Wanmin
Korea, France 2022 168min DCP color Fiction 12 World Premiere
World Premiere 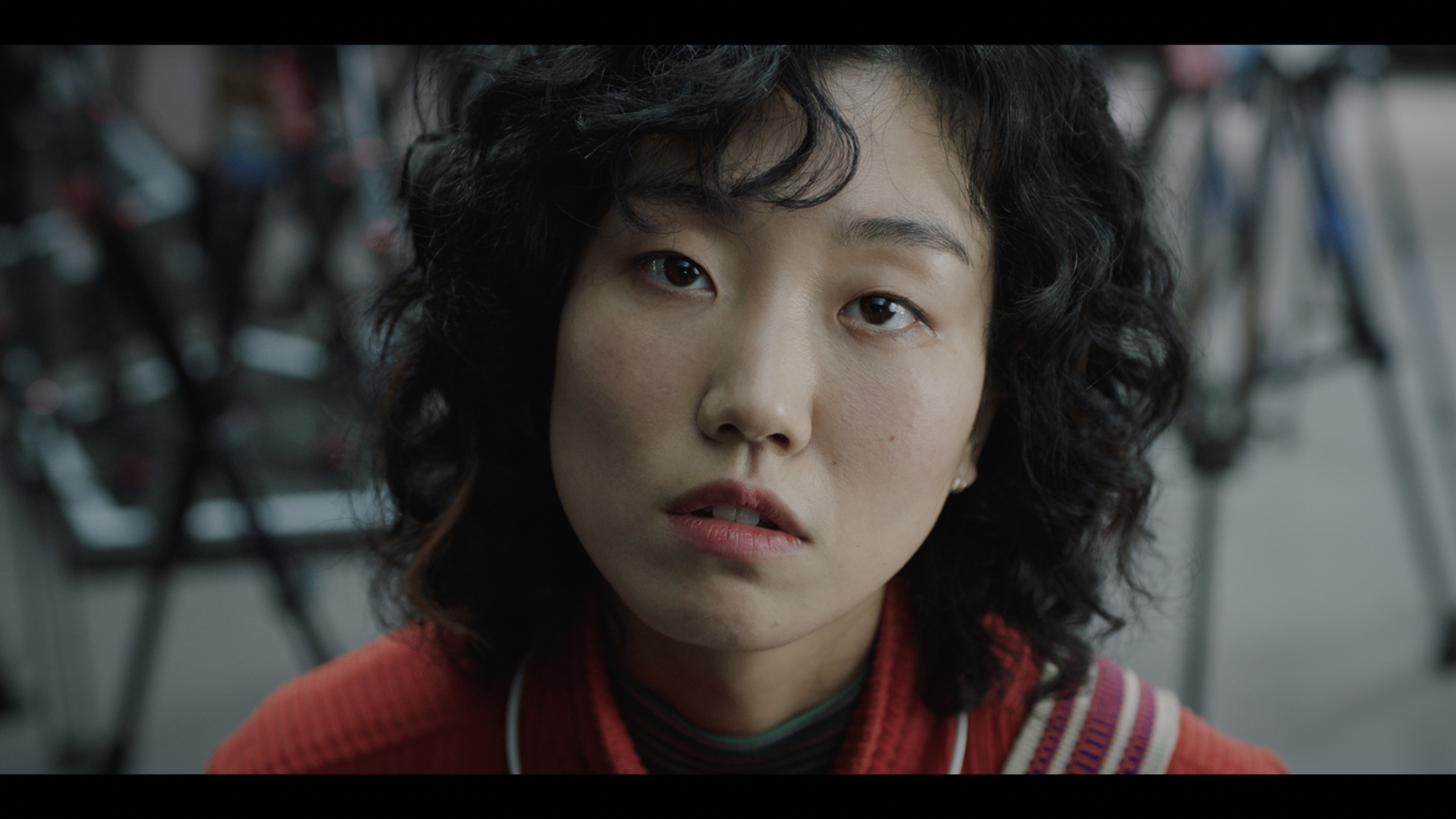 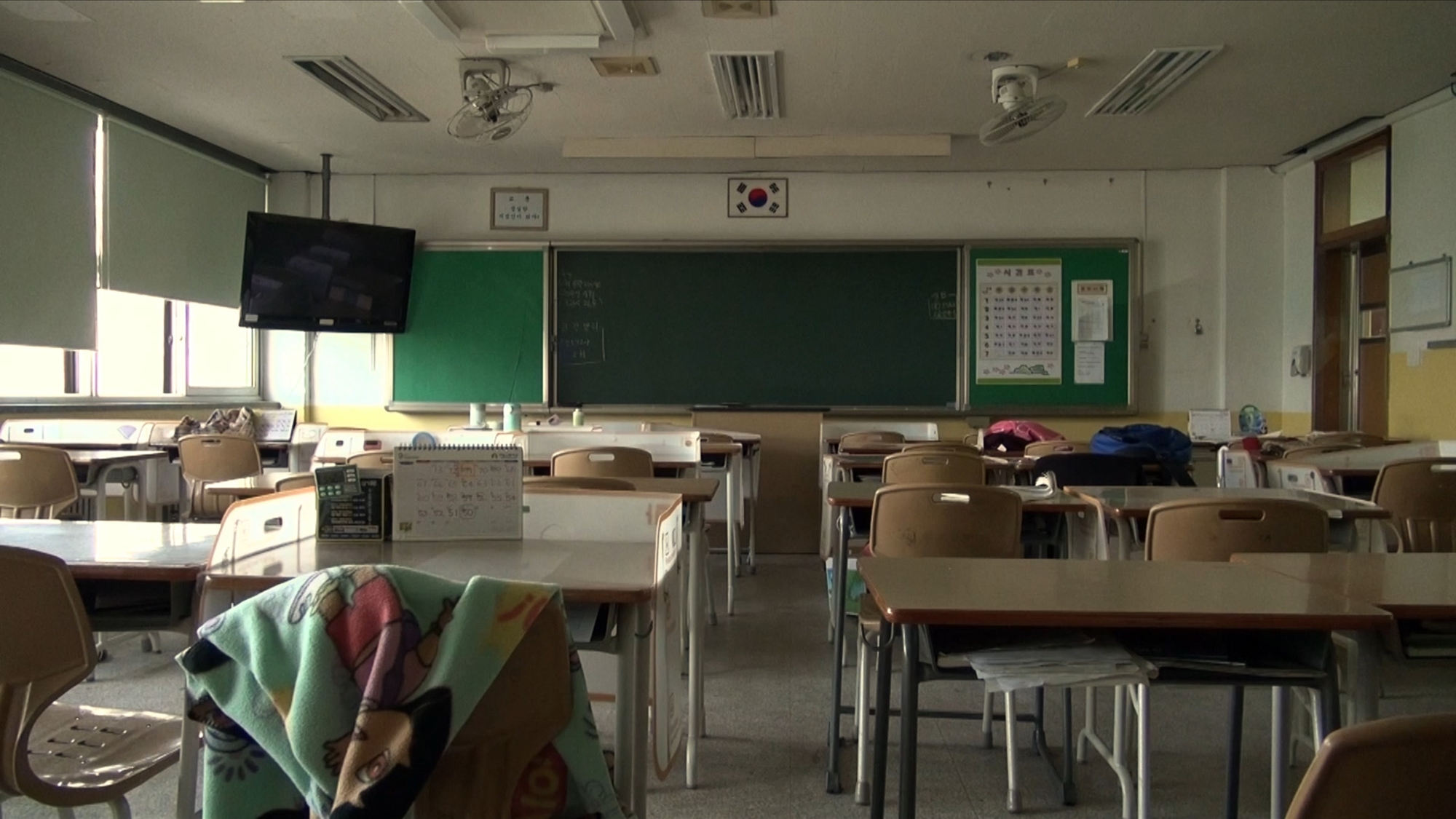 In my high school senior year, I began filming me and my friends as we studied hard to get into a good university. As time goes by, I become a university student, but still feel the same anxiety I felt like a high school student. One day, I get a call from my high school friend saying she is not doing well. I try to help her, but it doesn’t go well. I decide to write a letter to her.
DirectorHONG Daye
Korea 2022 80min DCP color Documentary 12 World Premiere
World Premiere
online 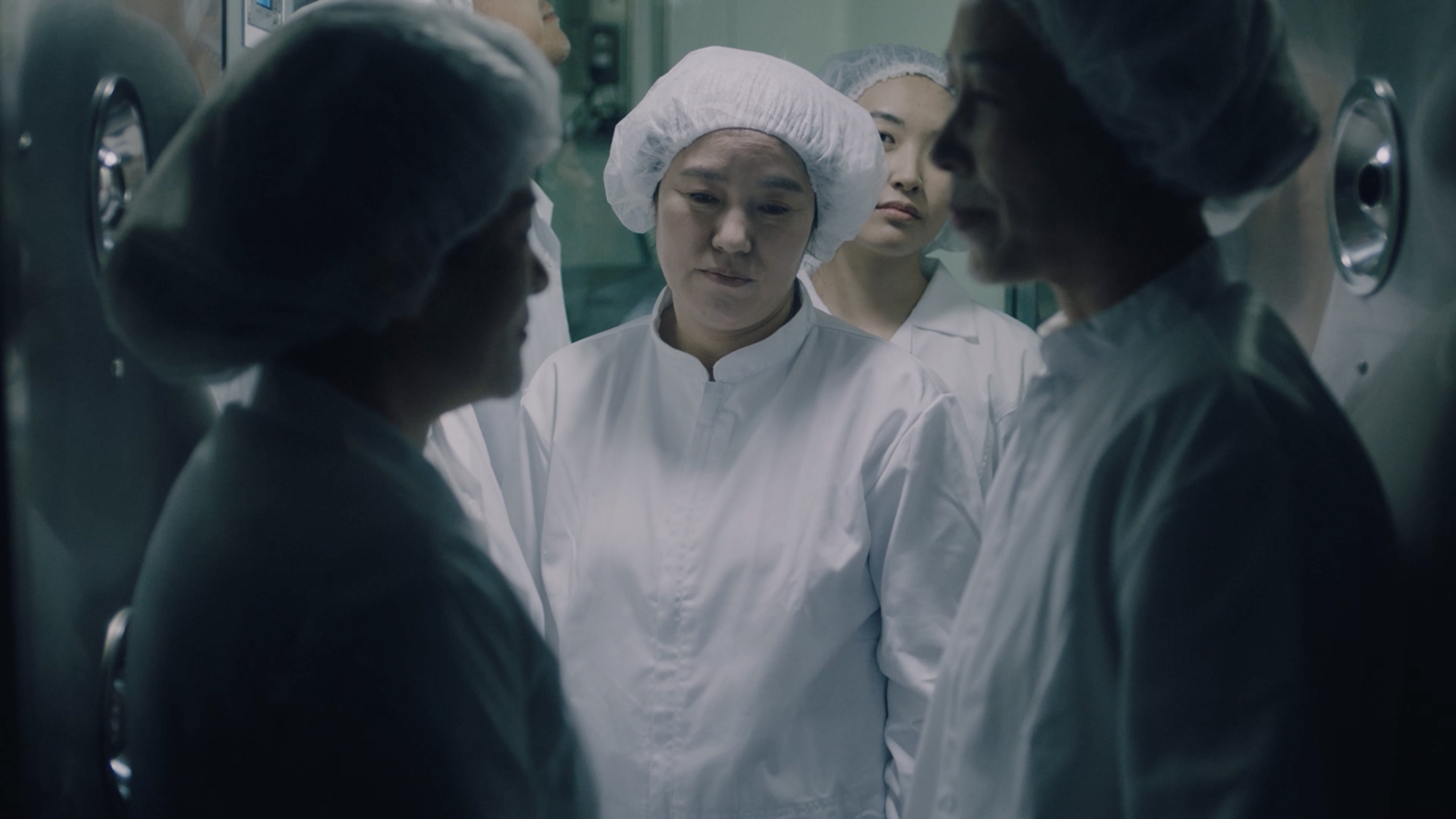 Jeong-sun as her name lives an uncluttered life with modest behavior even though working at a food factory. Young-soo, a factory colleague, approaches her. As they get closer, they enjoy their secret relationship, and he takes candid shots in beds with his mobile camera. One day, she gets inappropriate stares from others.
DirectorJEONG Ji-hye
Korea 2021 105min DCP color Fiction 15 World Premiere
World Premiere
online 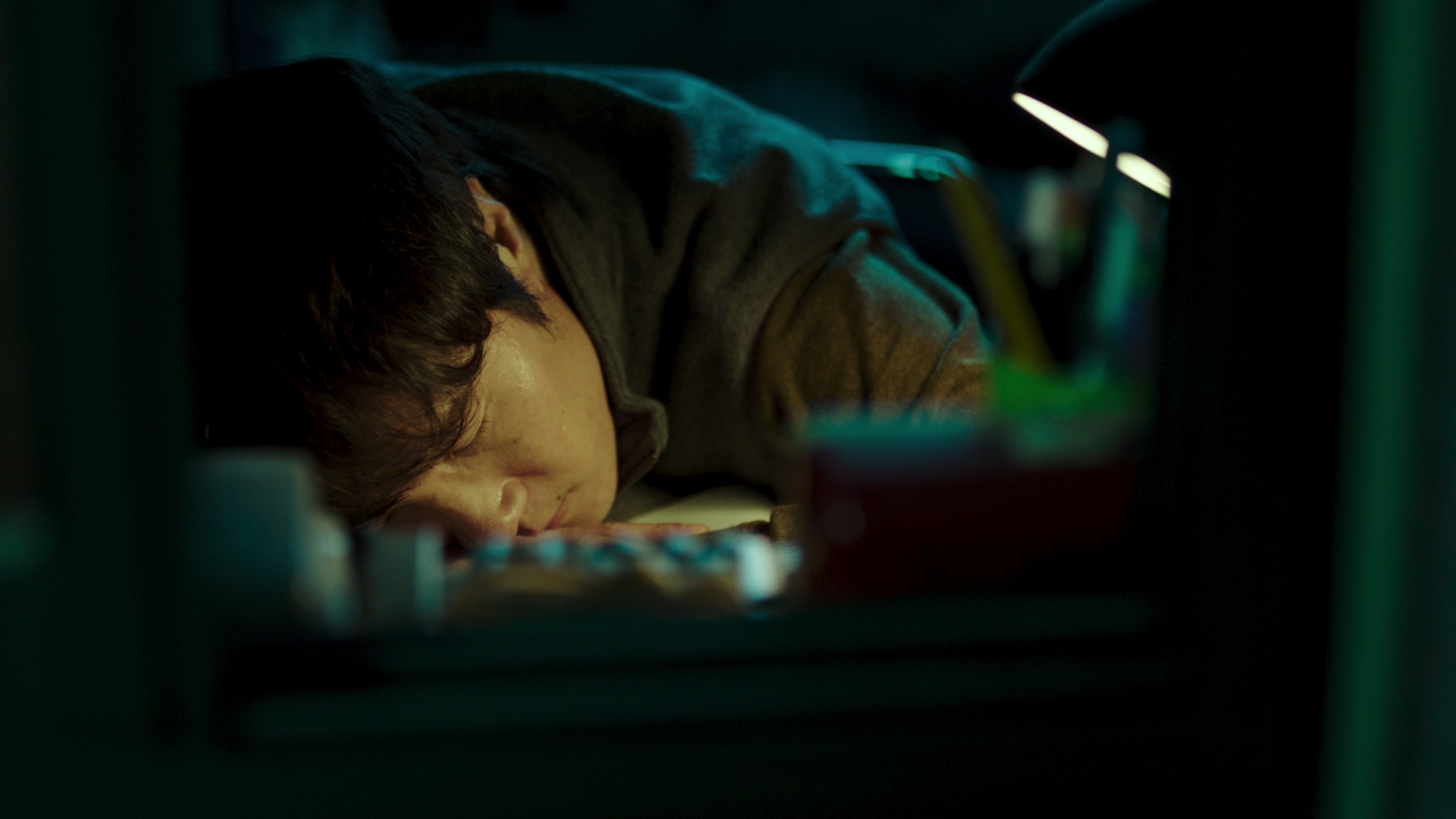 Dowoo is running a motel with an elderly mother with dementia. One day, his mother goes missing. Winter is deepening, Dowoo suffers from a nightmare because he has not found his mother. Then one day, a young man named Hoseung, who looks like a questionable man, stays in the motel for a long time. Looking somewhat dangerous, Hoseung roams around Dowoo and watches him.
DirectorLIM Sangsu
Korea 2021 101min DCP color Fiction 15 Asian Premiere
Asian Premiere 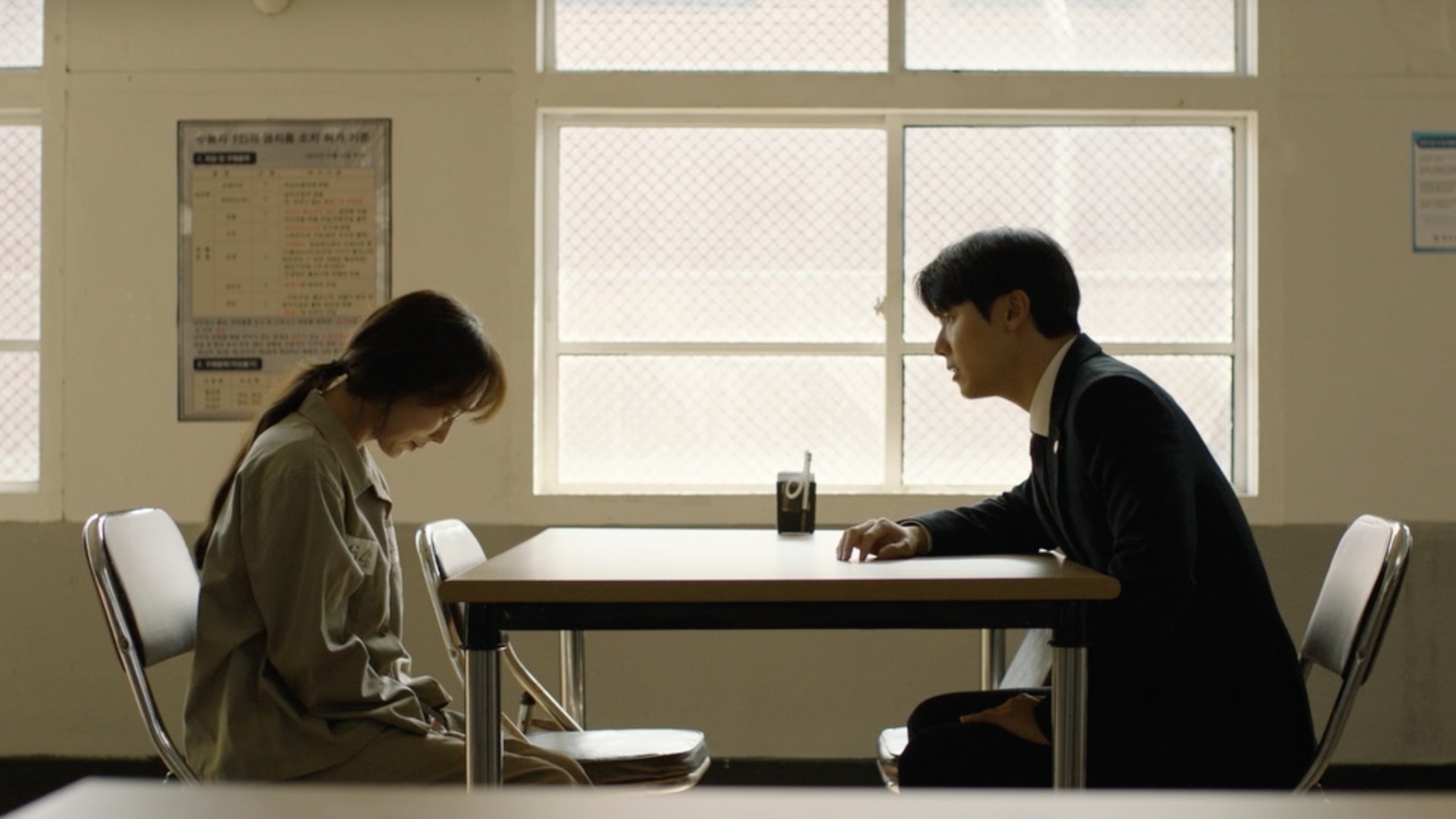 Jung-min, a rookie lawyer, becomes Yoona’s public attorney, as she is accused of murdering her husband. Against a nasty prosecutor, a mysterious judge, and all the suspicions surrounding the defendant, Jung-min seeks to unravel the truth behind the conspiracies of the case.
DirectorHONG Yongho
Korea 2022 101min DCP color Fiction 15 World Premiere
World Premiere
Sponsor