Expanded Cinema is one of the sections that best represents the “alternative,” the slogan of the JEONJU IFF. As an alternative to the traditional and customary film format, this section has introduced exceptional cinematic experiments around the world. This year, it has gone one step further and included films that attempt aesthetic novelty not only in their forms but also in their story composition and thematic expression.

The Great Movement is the second feature film released by Kiro Russo, one of the most unique directors in Latin American cinema. It is a kind of "urban symphony" that takes place in La Paz (located in the high mountains of Bolivia), and deals with the illness and salvation of day laborers. They Carry Death uses the historical drama genre to look back on the moment the colonial history of the Americas was born, and refers to the memories that persist after death. Meanwhile, The Invisible Mountain by Ben Russell finds a place between documentary and fiction to depict a virtual universe close to reality through its protagonists.

The revolution referred in the title of Let´s Say Revolution begins with the film itself. Nicolas Klotz and Elisabeth Perceval create a “visual poem” that travels around the world and the present state through archive images. Herbaria by Leandro Listorti bridges the world of plant collection and film preservation. With the heart of composing a poem, the film creates an invisible connection of representation and memory between the two worlds. Red Star attempts to unravel the myth of the Russian Revolution armed with ancient texts. Two young men, who visit the roofs of abandoned buildings and Katya, who was a young protagonist of those years, guide the audience through the remnants of a grand past.

Nuclear Family, directed by Erin Wilkerson and Travis Wilkerson, is a family road movie that connects the personal stories of wars with disasters that have brought fear to mankind. It can also be described as a geographic journey through the United States, which, despite its ignorant demeanor, is still riddled with problems it will have to face in the future. In Topology of Sirens, the protagonist, who dreams of becoming a musician, accidentally discovers a cassette tape at the house of a recently deceased relative. With this, the film embarks on a mysterious journey toward the beautiful sounds that compose the past as well as the world.

In Detours, the dangers of the virtual world are mixed with reality. Innocent at first, the game in the film has an impact on the real world, and takes place while wandering the city of Moscow, which only becomes more desolate as time passes. Isiah Medina, director of Night is Limpid, is Canada’s most secretive and astonishing director. Following the uniqueness of his previous work 88:88 (2015), his new film discovers a form in which dialogue between characters becomes a cinematic experiment.

The 15 short films introduced by Expanded Cinema range from completely experimental works to narrative films that show the beauty of a terrible world. These films display certain analyses of politics, history, and the past, new interpretations of the present, and humor and prove that a film can be created with absolute freedom. 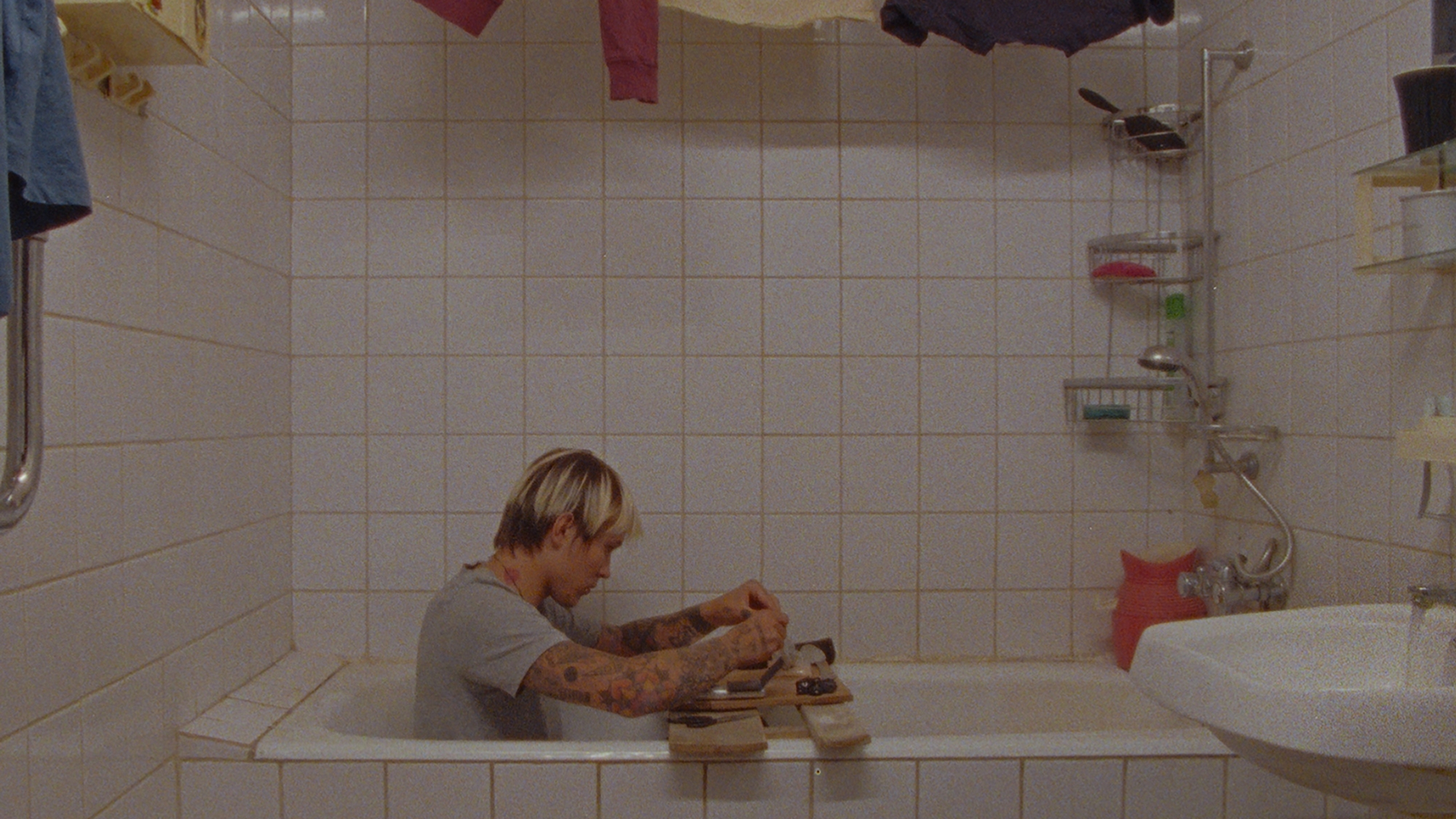 The film depicts a new way of dealing illicit drugs via the Darknet, as well as the poetics and politics of space. The film alternately follows and loses track of Denis, the treasure man who hides stashes of drugs all over Moscow.
DirectorEkaterina SELENKINA
Russia, Netherlands 2021 73min DCP color Experimental 18 Asian Premiere
Asian Premiere
online 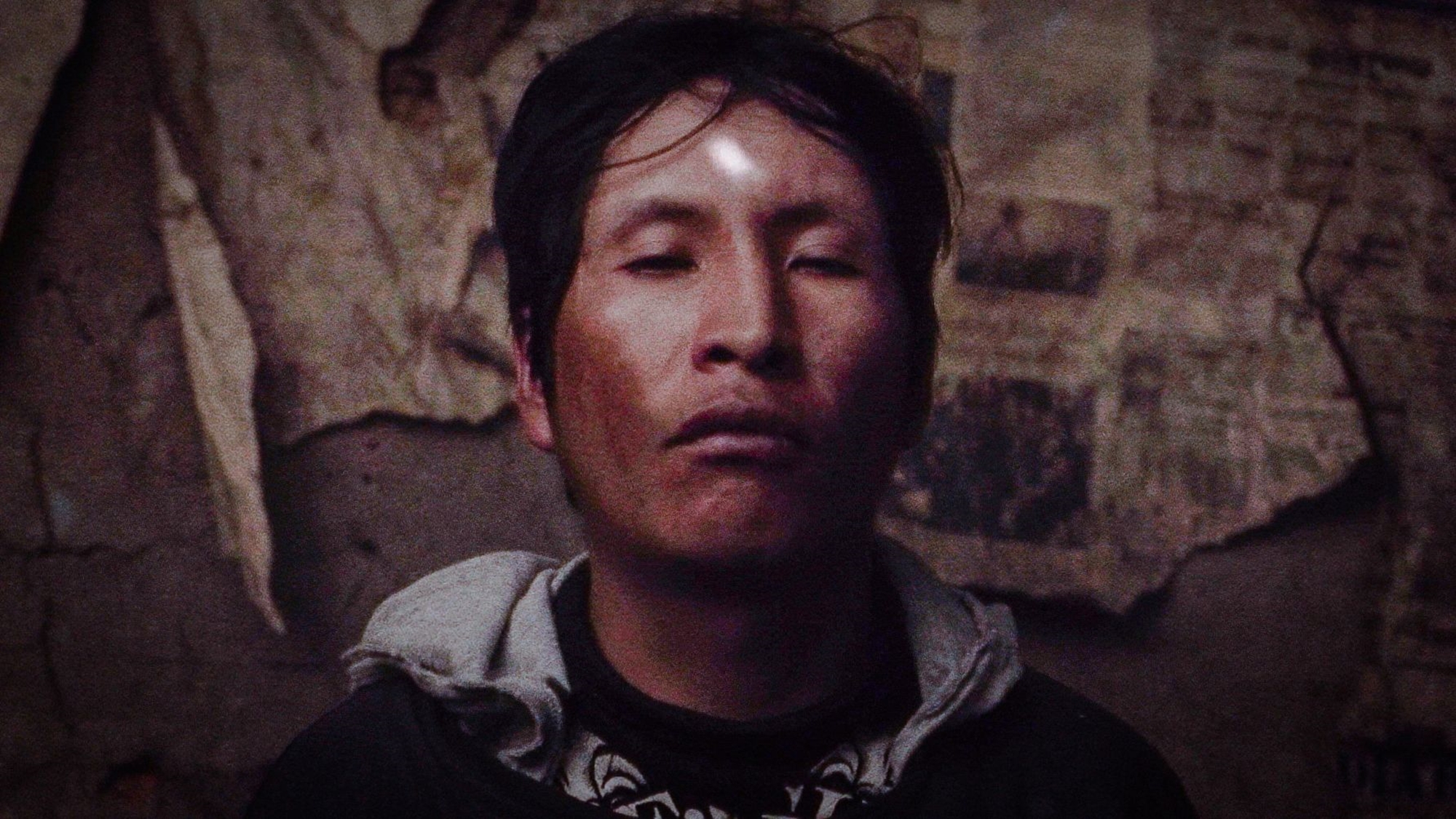 Bolivia, present-day. After walking for a week, Elder and his miner companions arrive in La Paz to demand the reinstatement of their job. Suddenly, Elder starts to feel sick. With the help of the elderly Mamá Pancha, Elder and his friends find work in the market. But Elder’s condition worsens, he’s choking and struggling for breath. Mamá Pancha sends him to Max—a witch doctor, hermit, and clown—who may be able to bring the young man back to life.
DirectorKiro RUSSO
Bolivia 2021 85min DCP color Fiction 12 Korean Premiere
Korean Premiere
online 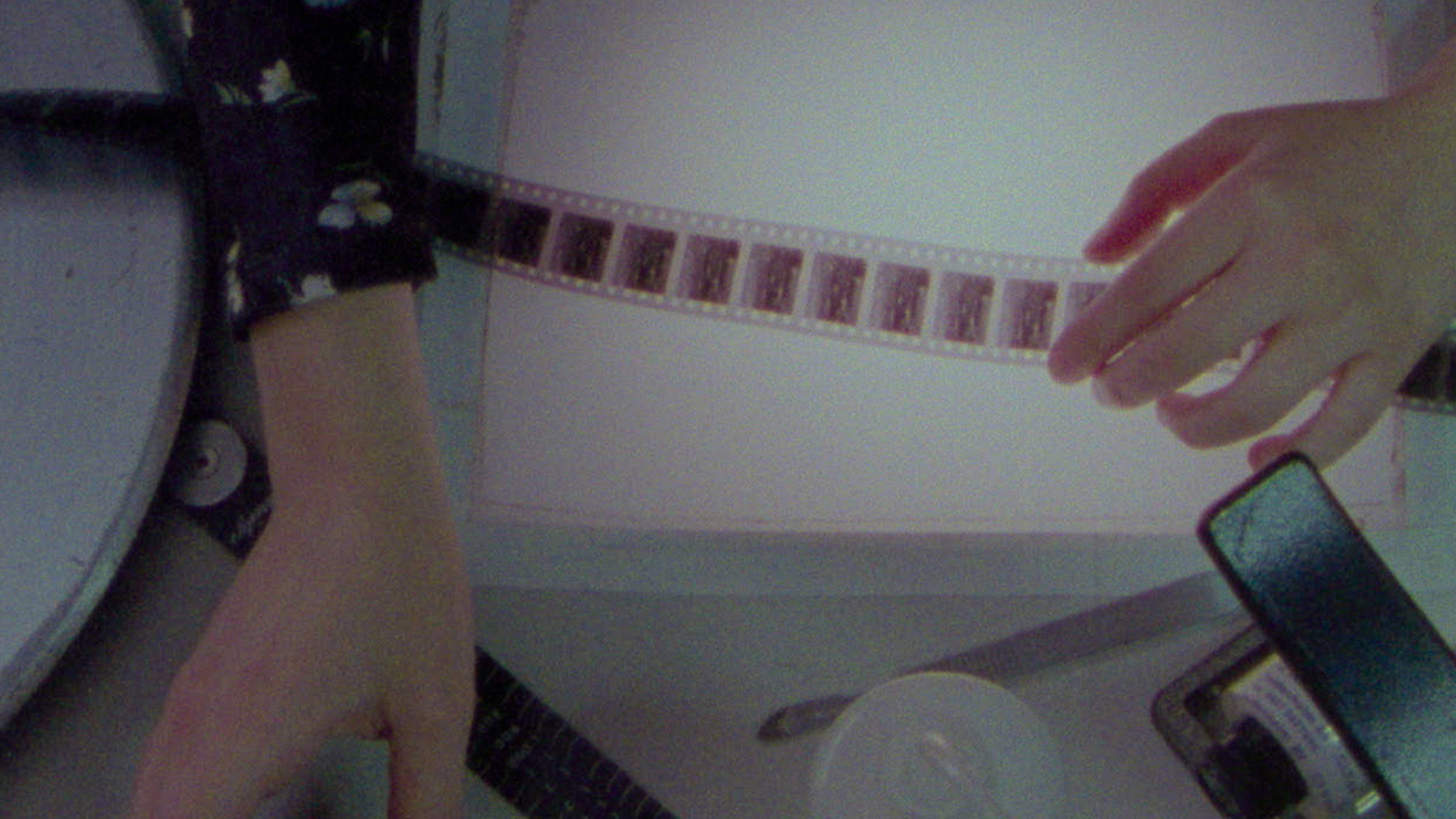 As an excursion into the work of botanical and film preservation, the film explores the artistic and political links between them. Time and spaces seem to merge while the images guide us into the fascinating universe of preserving the beauty and memory of a world that stubbornly disappears.
DirectorLeandro LISTORTI
Argentina, Germany 2022 83min DCP color/b&w Documentary G Asian Premiere
Asian Premiere
online 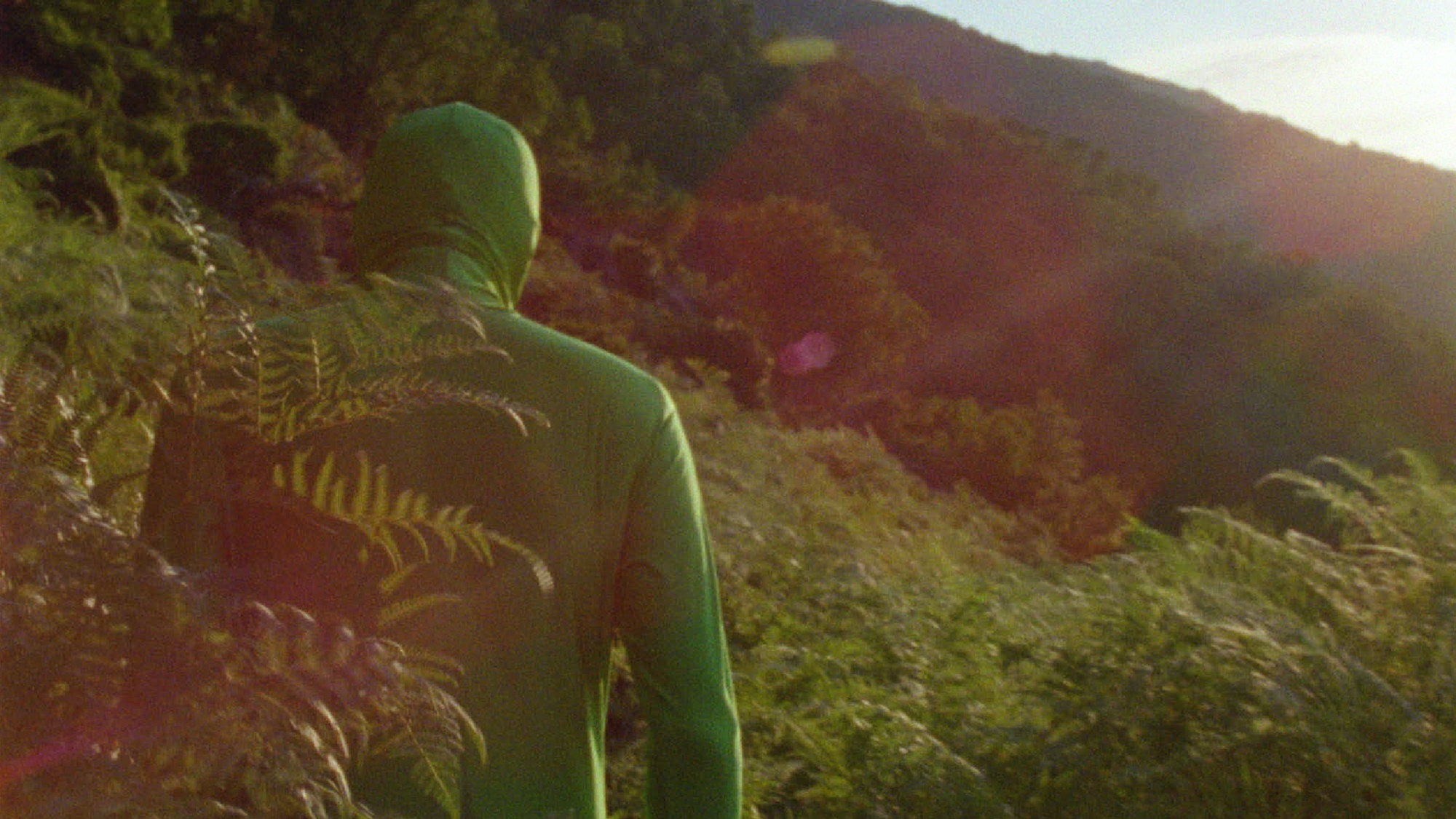 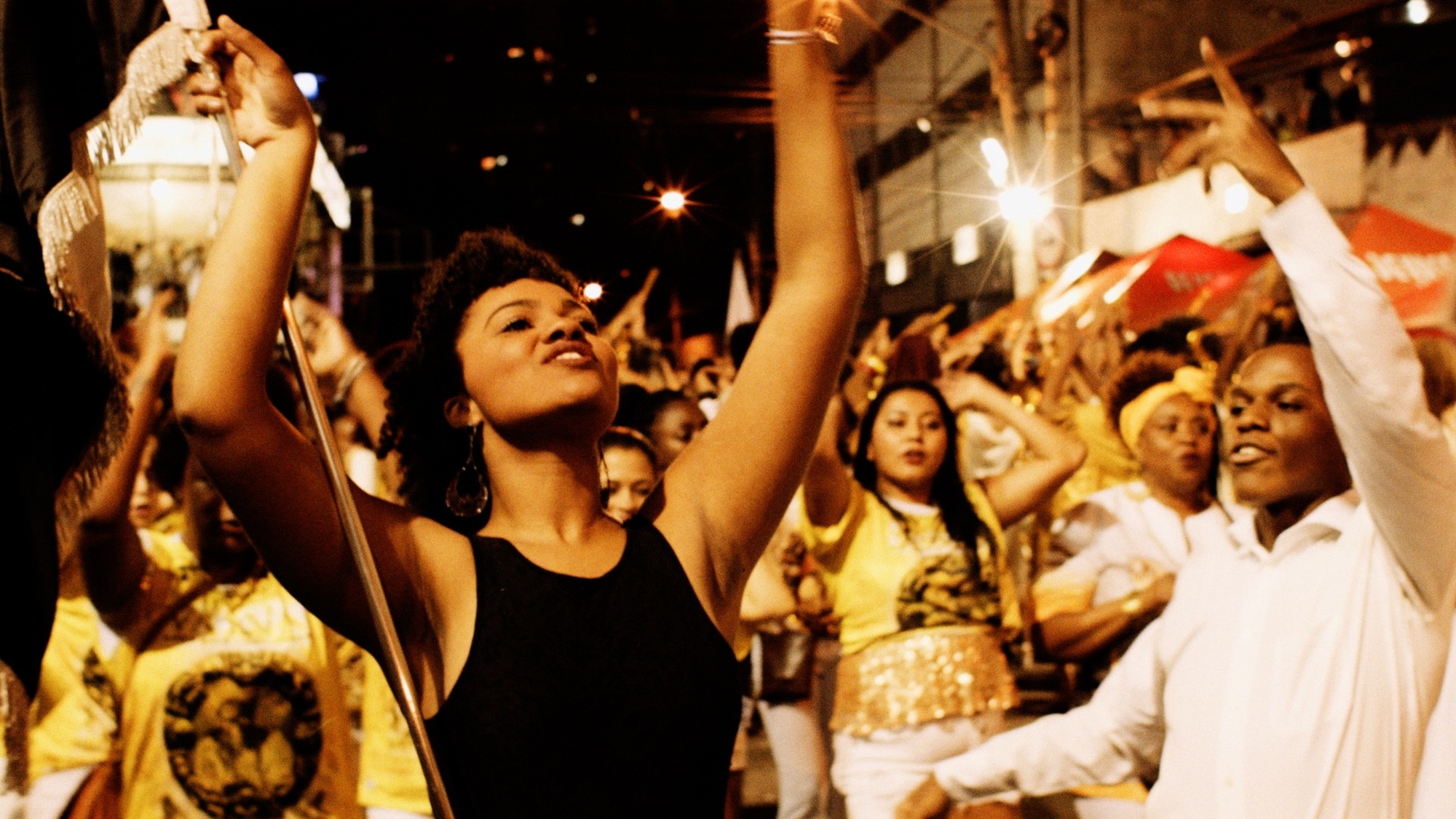 A shamanic documentary whose main theme is the hunt for man through eras and continents. Its driving force is dance as an art of war and healing to ward off, organize, the resistance of souls and bodies.
DirectorNicolas KLOTZ, Elisabeth PERCEVAL
France 2021 127min DCP color/b&w Experimental Documentary 12 Asian Premiere
Asian Premiere
online 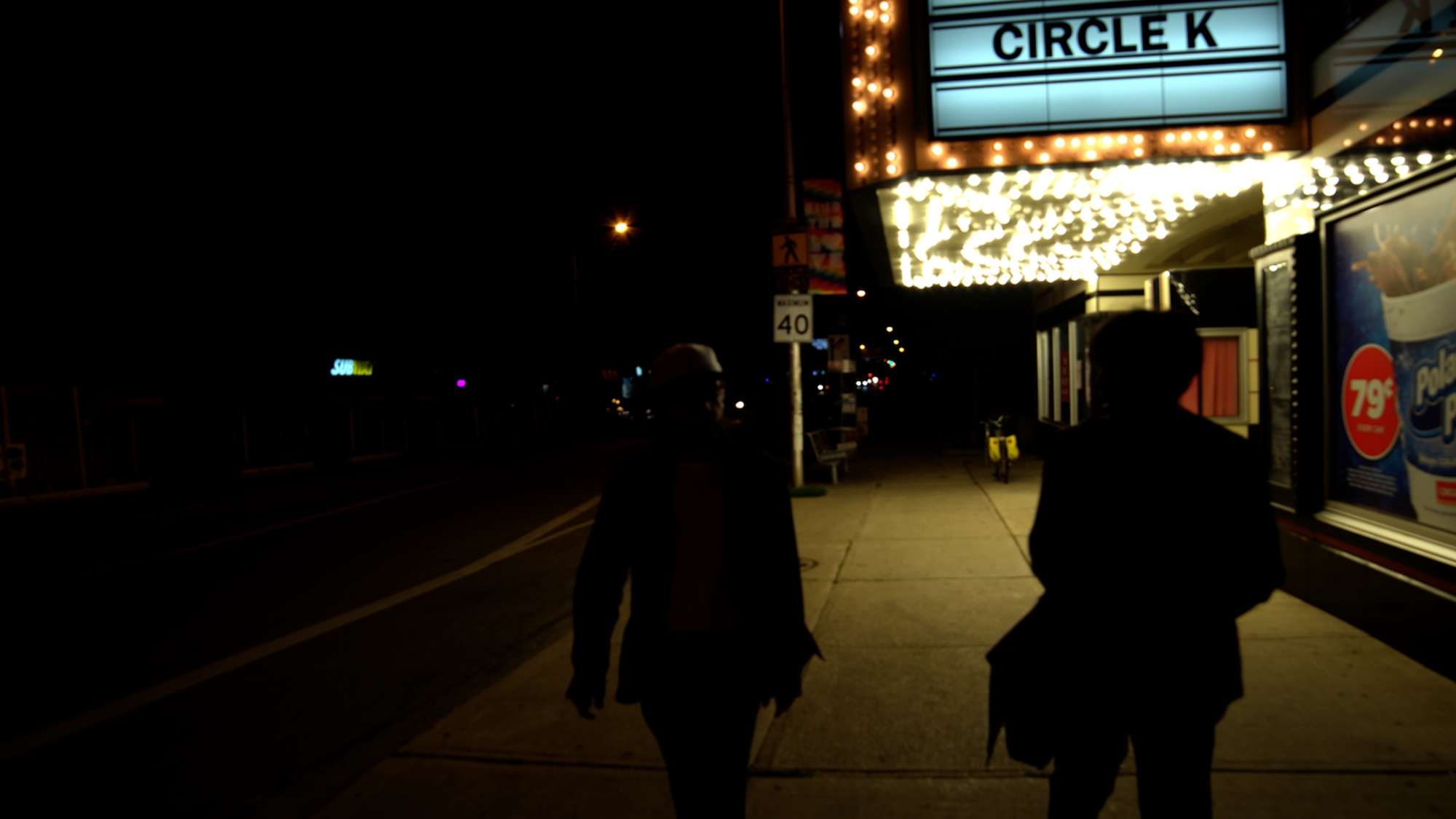 In Toronto, some artists, critics, and collectors experience a short holiday from employment through Canada's various emergency response benefits (CERB, CRB). During this period of exuberance and uncertainty, they grow into new ideas and ways of thinking, as the old forms are no longer satisfying.
DirectorIsiah MEDINA
Canada 2022 75min DCP color Experimental G World Premiere
World Premiere
online 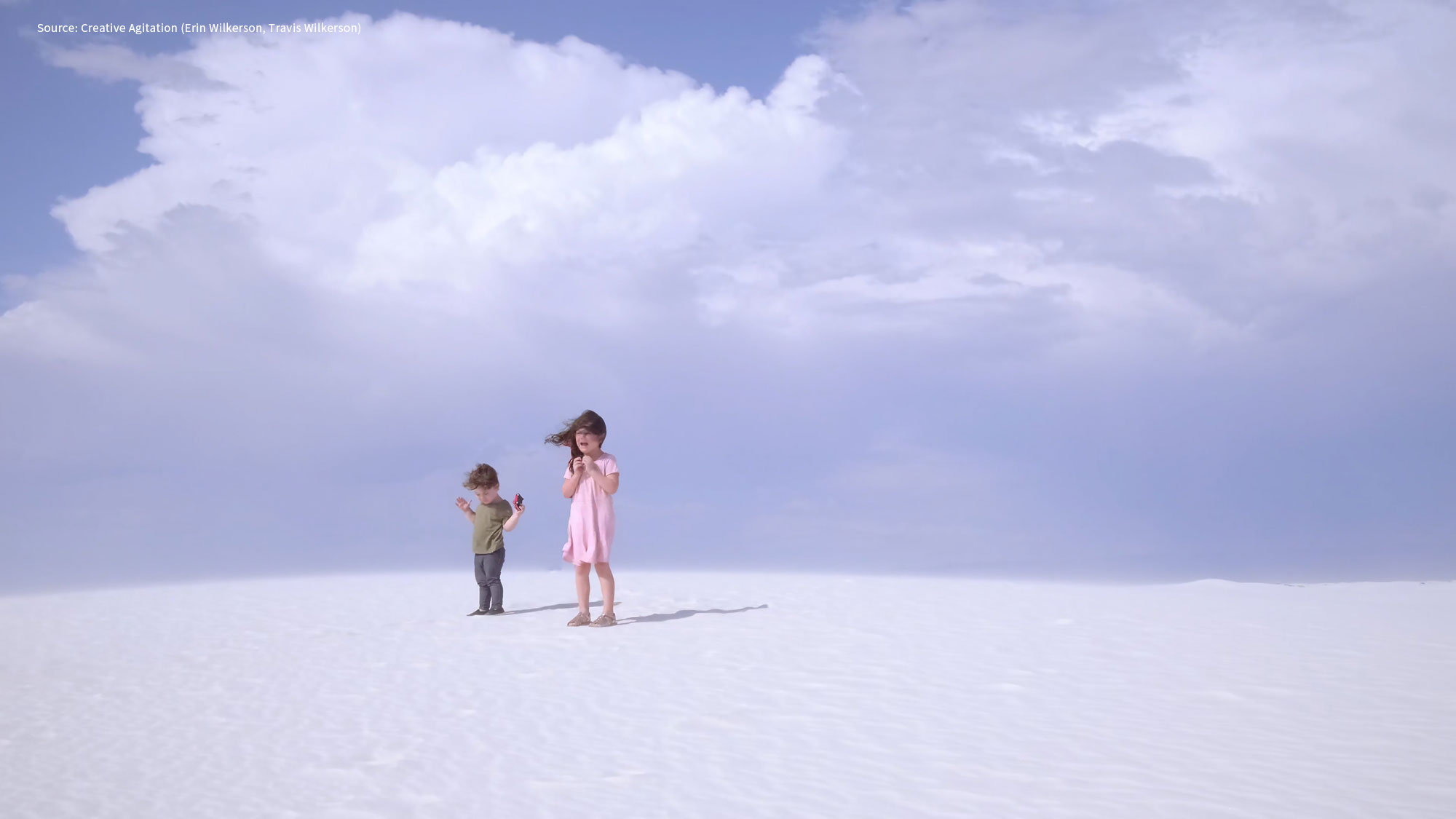 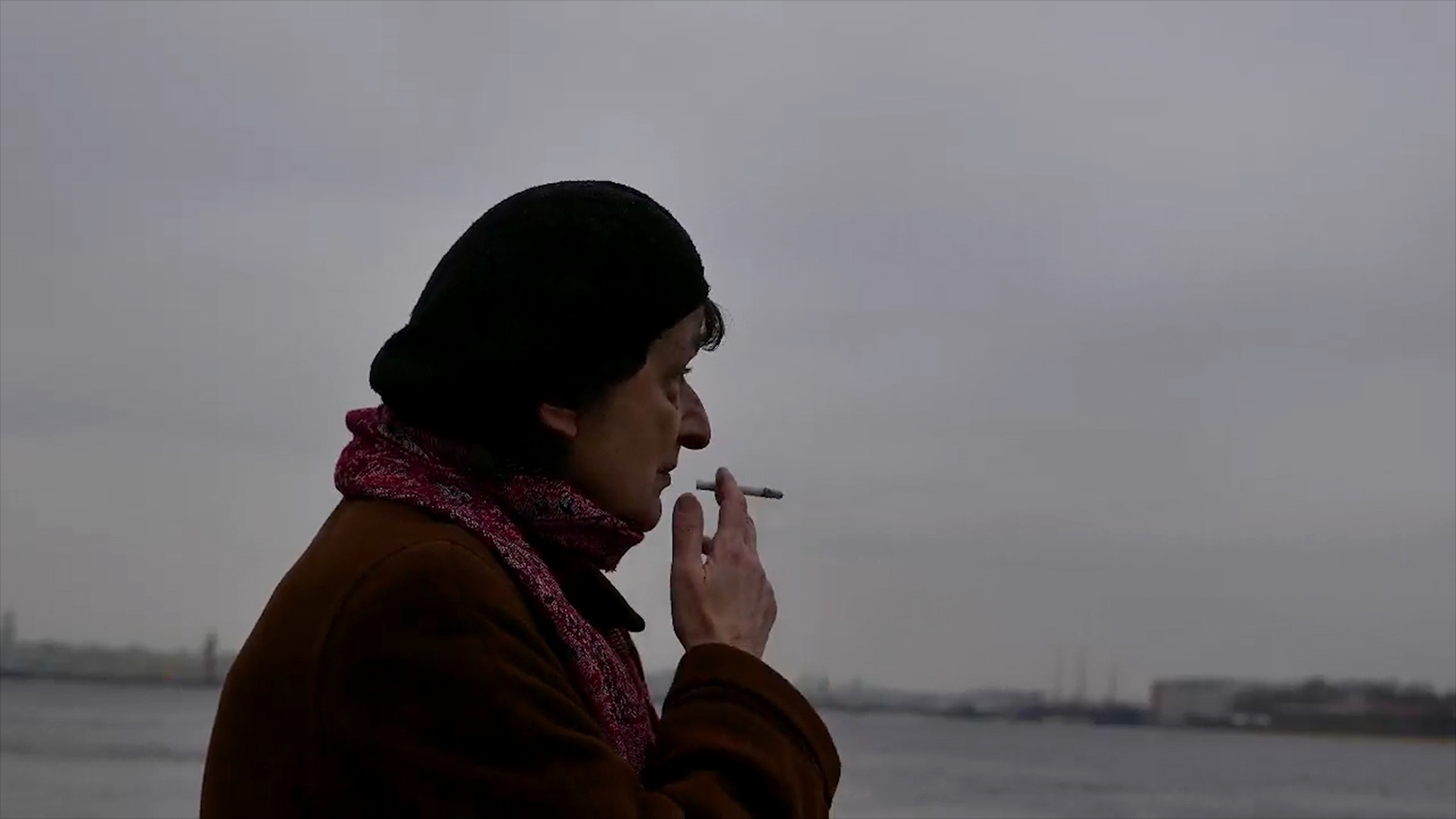 In 2017, on the 100th anniversary of the Bolshevik Revolution, there was no official act held in Russia. The central government decided to confine the memory of the Revolution to the innocuous environment of museums. In this climate of forgetfulness, some scenes detached from reality bring the past to the present.
DirectorSofía BORDENAVE
Argentina 2021 73min DCP color/b&w Experimental G Asian Premiere
Asian Premiere
online 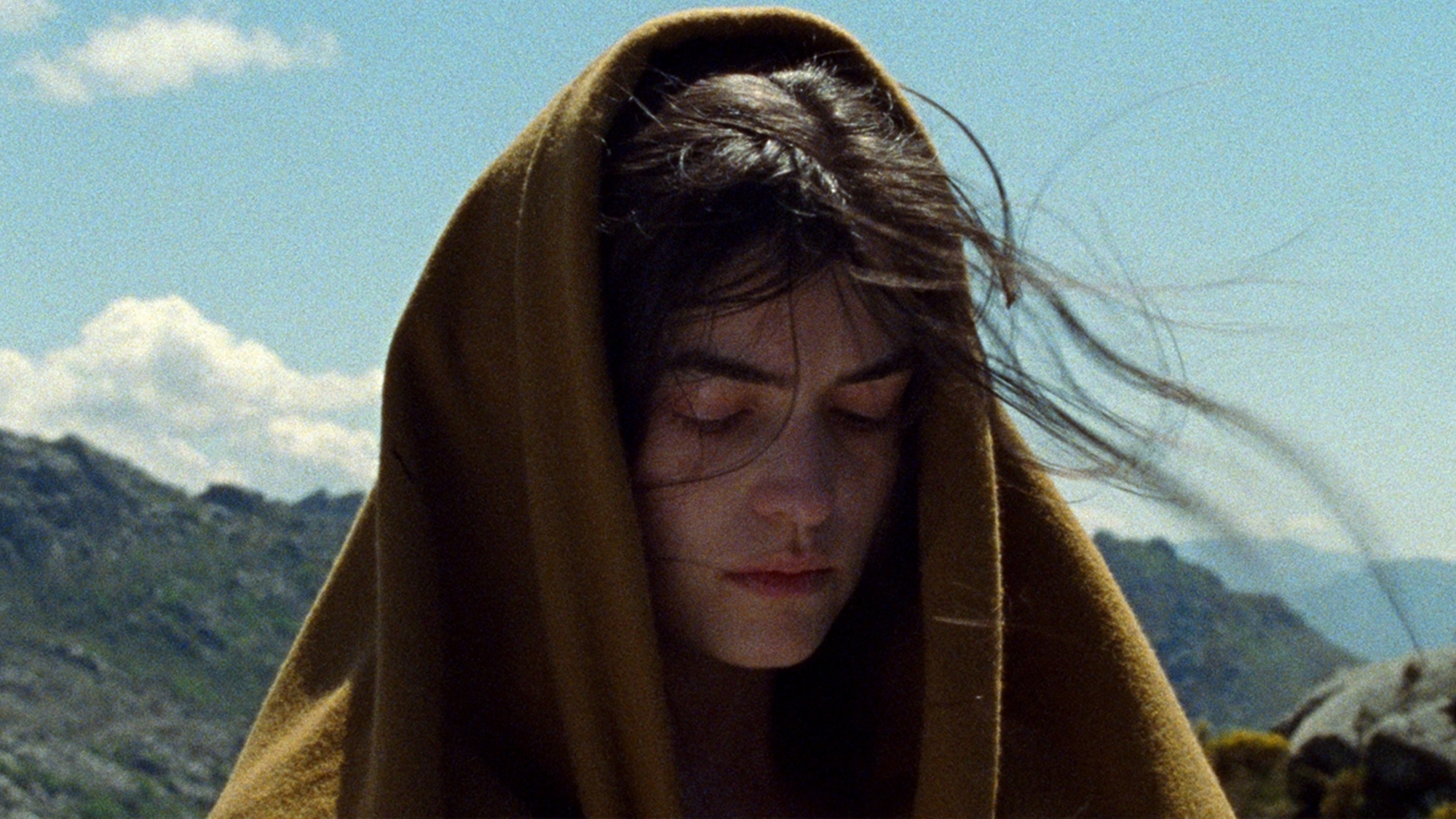 In 1492, among the crew captained by Christopher Columbus, three men manage to avoid a dire fate by taking part in this uncertain journey. When they reach the Canary Islands, they flee, taking one of the ship’s sails with them.
DirectorHelena GIRÓN, Samuel M. DELGADO
Spain, Colombia 2021 75min DCP color Fiction 12 Korean Premiere
Korean Premiere
online 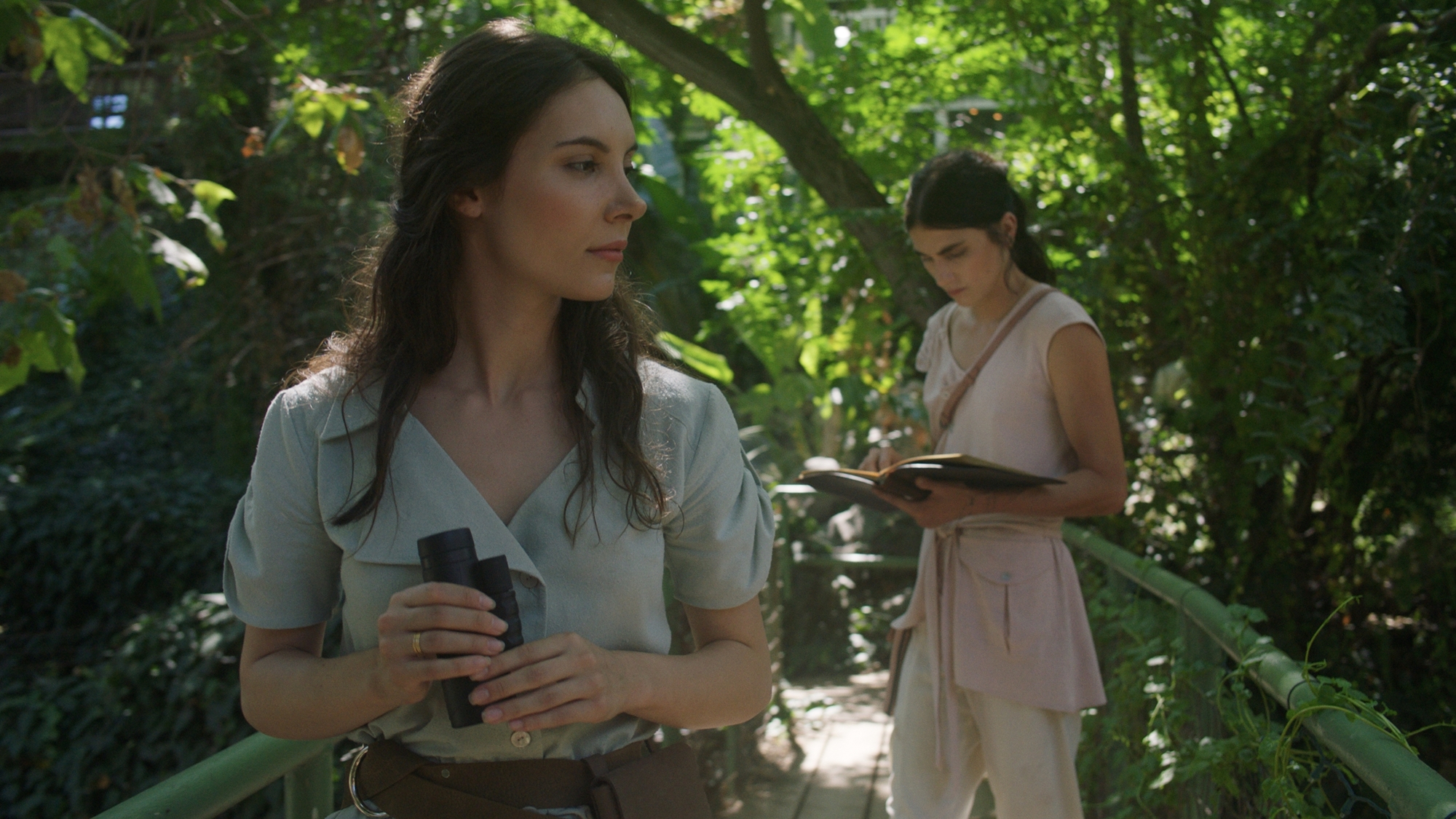