Online video streaming services have grown so rapidly that it seems almost impossible to list all the online platforms that emerged after the pandemic. In a way to cope with the shutdown of movie theaters, the mainstream film industry quickly turned to online platforms to find an audience. At first glance, this transition seems to suggest that the terrain of cinema has expanded. It seems especially so, in part because we can still talk about films that were just released last weekend, in the sense that they were released at virtual, as opposed to physical, movie theaters. Despite the changes, still, we talk about films that we just watched—what the title was, who starred in the film, and how we liked them, etc.
However, we have access to an unlimited number of films we only get to talk only about an extremely small number of films. As blockbuster movies become more robust and established, diversity in the film industry can be at risk. In particular, films that are not targeting a mass-market audience such as art films can ultimately disappear. It may lead us to lose a precious opportunity to vary the perspectives if we settle with the limited options given to us. We might feel it safe and easy to just choose an option from established genre boundaries. To secure diversity and support film projects that cannot be summed in a few words, JEONJU IFF will keep supporting films that challenge the mainstream. We will strive to support film projects that are never confined to any restrictions imposed by budget, conventions, system or power. Our mission is to support innovative and experimental films that lead us to a world of unbounded imagination.
This year, we wanted to focus on two aspects in this section. First, we introduce new films by two masters of experimental filmmaking. Heinz Emigholz takes us to different cities all over the world in The Last City and The Lobby. James Benning takes us to a private place and grandiose scenery during the pandemic. Second, we attempted to cross-regional boundaries to cope with the cross-border shutdown. By the films presented in this section, you will travel all around the world: from Argentina to Thailand and from Canada to Hong Kong. The section includes October Rumbles, a short film directed by Apichatpong Weerasethakul locked down at his house in Thailand during the pandemic, and Fauna, the latest film by Nicolas Pereda who mixes fact and fiction through cinematic performances about the typical image of Mexican films. John Gianvito’s new experimental film, Her Socialist Smile, portrays a new side of Helen Keller. Although she is known for overcoming her disabilities, Gianvito pays attention to Keller’s identity as a socialist and political activist, using texts and sounds that Keller used to learn a language. The film will give a chance for audiences to shed new light on the historical figure.
By doing so, we made a tradition of this section to introduce films that experiment with new languages of cinematic images. We also selected films talking about personal history, political history, and the history of cinema. We hope to present a process during which a new worldview is formed and circulated. Last but not least, we would like to mention that some titles were selected for the last edition of JEONJU IFF but we could not screen them because of logistic restrictions related to COVID-19, will be shown as a special program this year. 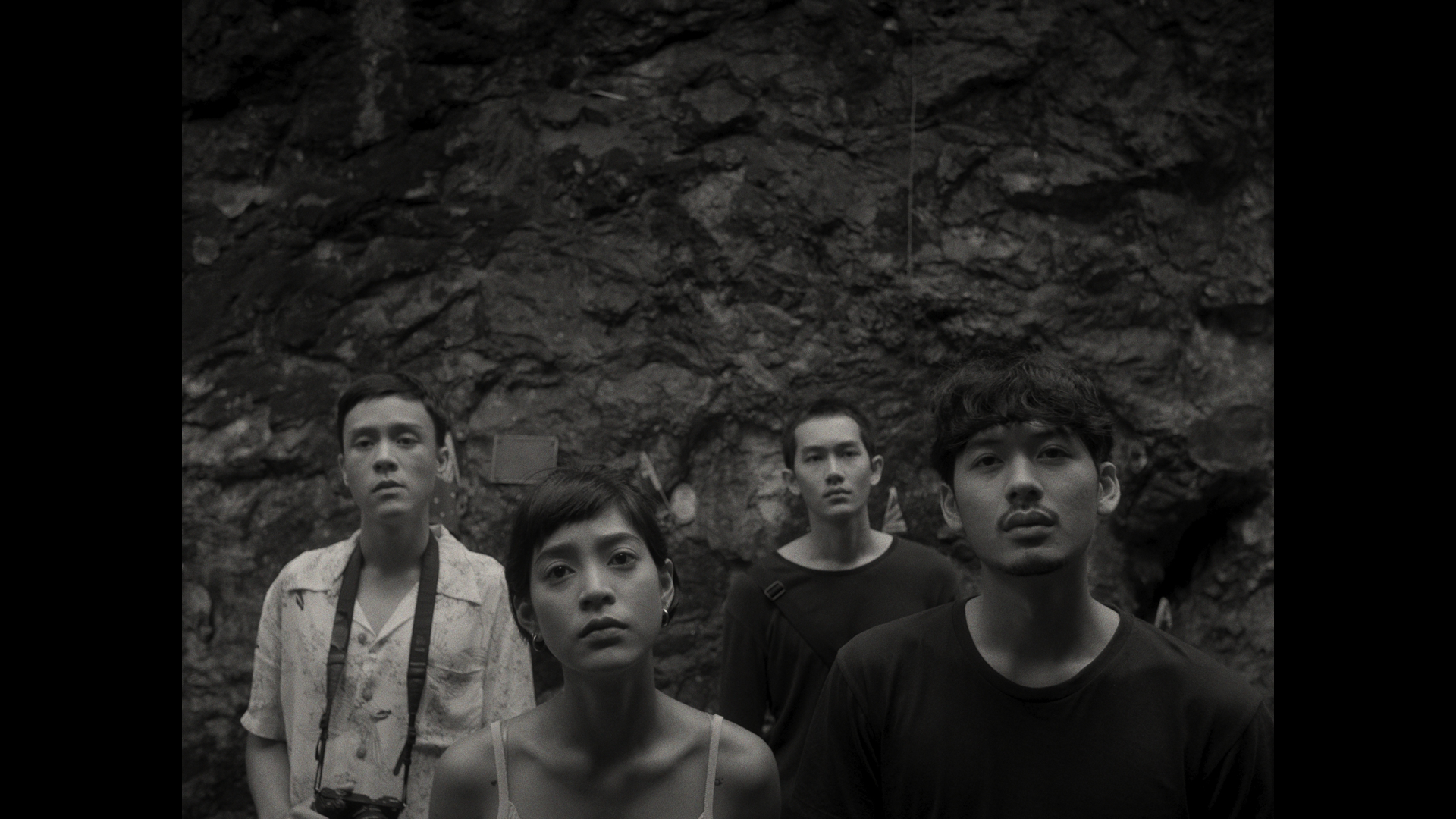 Four friends in their mid-twenties go to Kanchanaburi to visit the World War II memorial site of the "Death Railway." Running parallel to this narrative is the story of another woman who finds herself alone in the middle of the forest after her friend mysteriously disappears.
DirectorAnocha SUWICHAKORNPONG
Thailand 2021 69min DCP b&w Experimental 15 Korean Premiere
Korean Premiere
Online 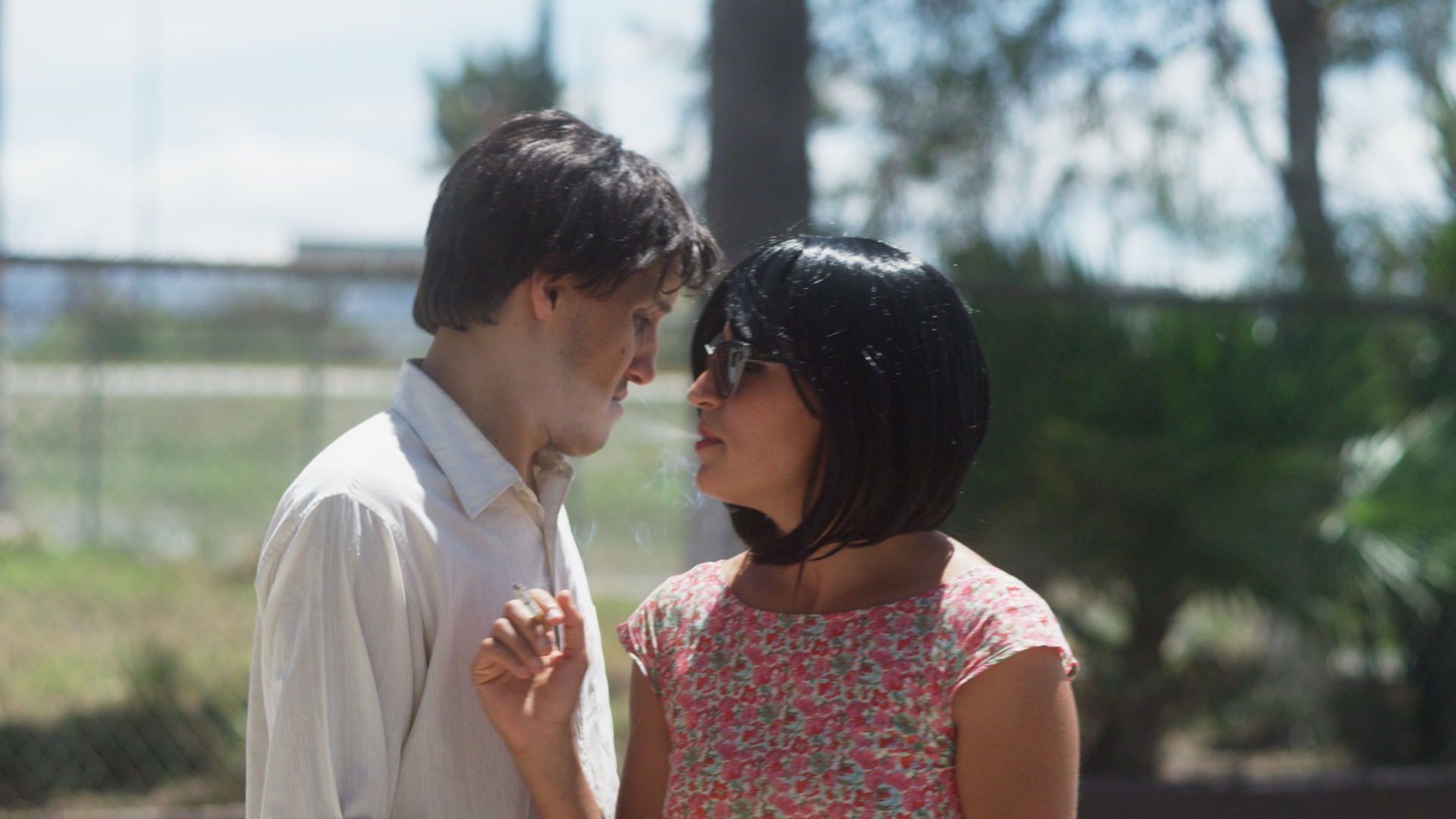 Luisa and Gabino visit their parents in a mining town. Their father’s only interest in them is sparked by Luisa’s actor boyfriend when he acts out the role of a narco kingpin. To cope with family tensions, Gabino imagines a parallel reality of detectives and organized crime.
DirectorNicolás PEREDA
Mexico, Canada 2020 71min DCP color Fiction 12 Asian Premiere
Asian Premiere
Online 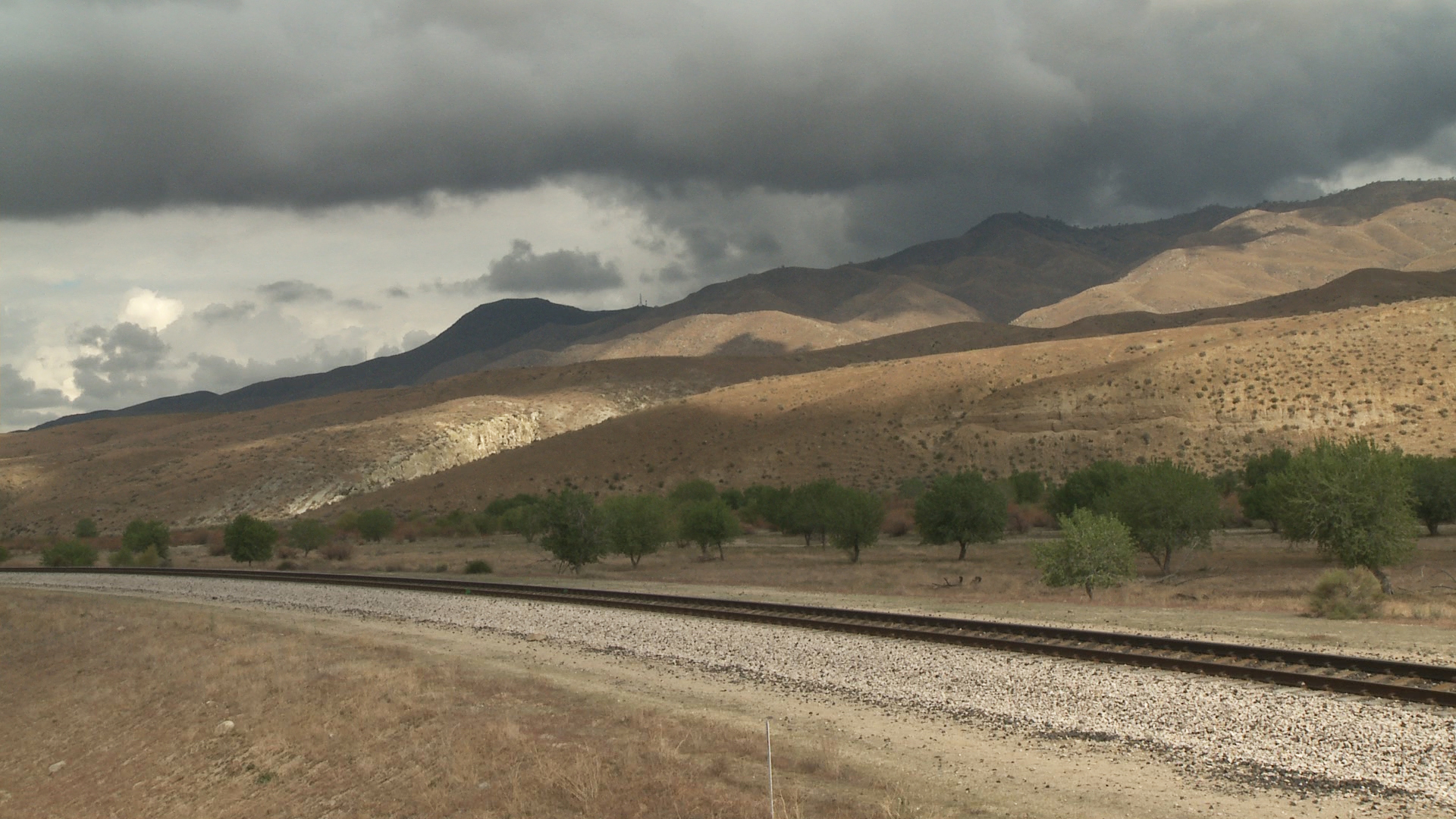 from Bakersfield to Mojave

A document of one of the most famous 66 miles of railroad track in the world including the Tehachapi Loop.
DirectorJames BENNING
USA 2020 106min DCP color Documentary G Asian Premiere
Asian Premiere
Online 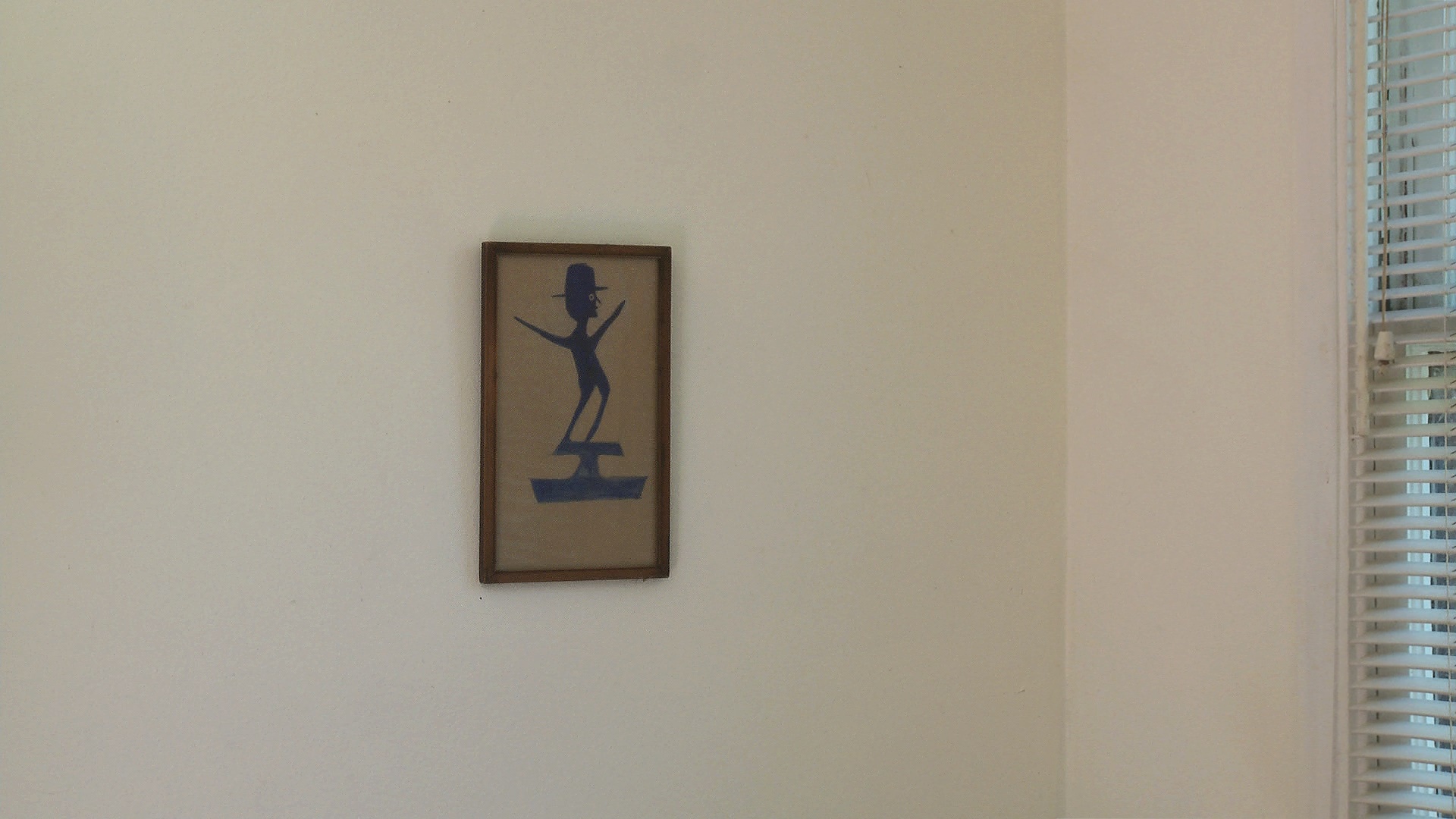 Filmed in Benning´s home in Val Verde during the first month of the pandemic, On Paradise Road is a portrait of that time.
DirectorJames BENNING
USA 2020 75min DCP color Documentary G Asian Premiere
Asian Premiere
Online 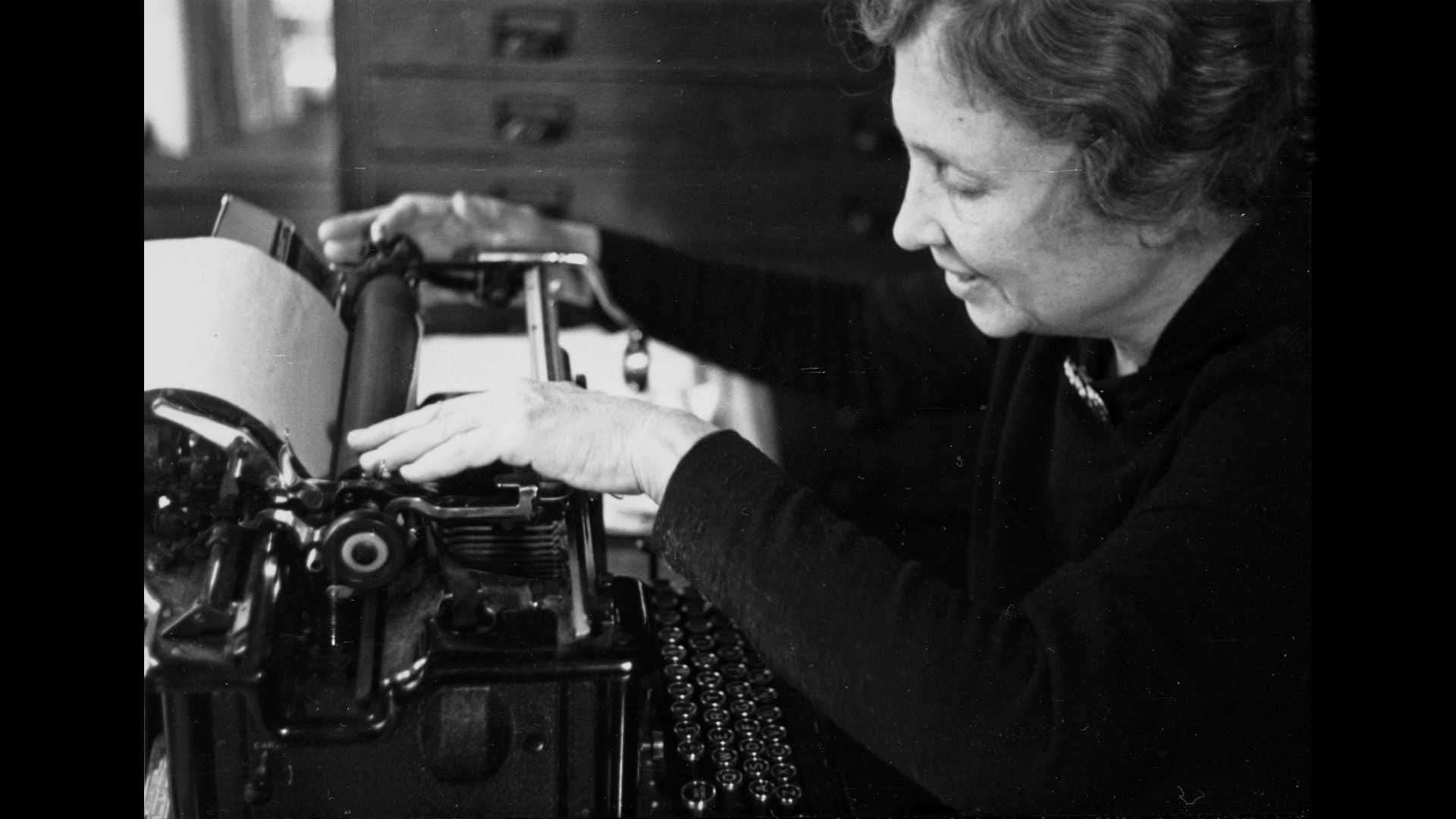 An experimental documentary essay on the political imagination of iconic humanitarian, author, and advocate for the blind Helen Keller. The product of years of research, Her Socialist Smile resurrects the radical Keller, many of whose views and actions were suppressed or sanitized yet remain as rousing and germane as ever.
DirectorJohn GIANVITO
USA 2020 93min DCP color/b&w Documentary G Asian Premiere
Asian Premiere
Online 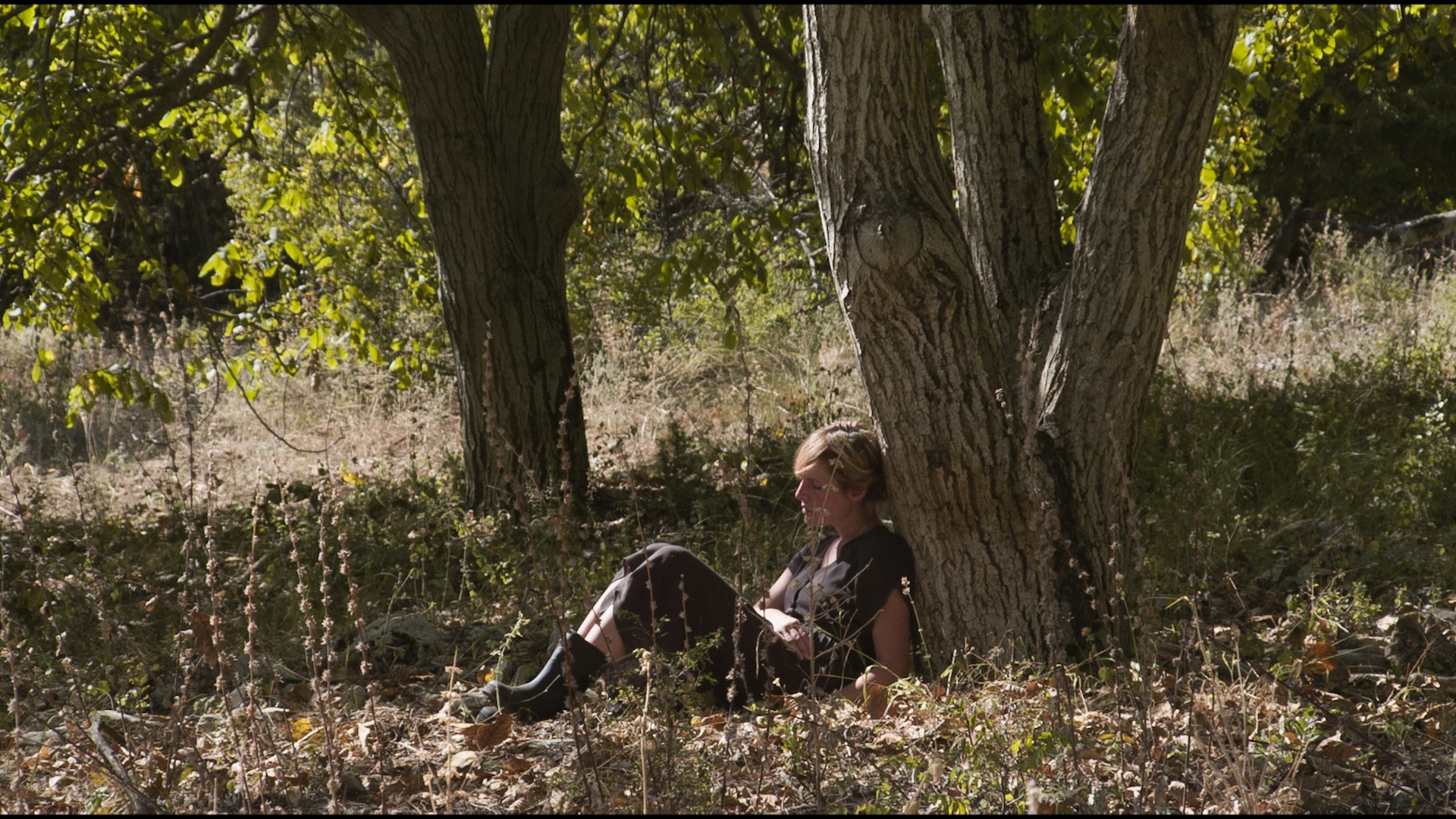 A young woman discovers her grandmother´s mountain village, which she fled during the Greek Civil War. There, she faces ruins and oblivion. The summer brings her back to the village, along with a feeling of imminent change.
DirectorJelena MAKSIMOVIĆ
Serbia 2020 64min DCP color Documentary Fiction G Korean Premiere
Korean Premiere
Online 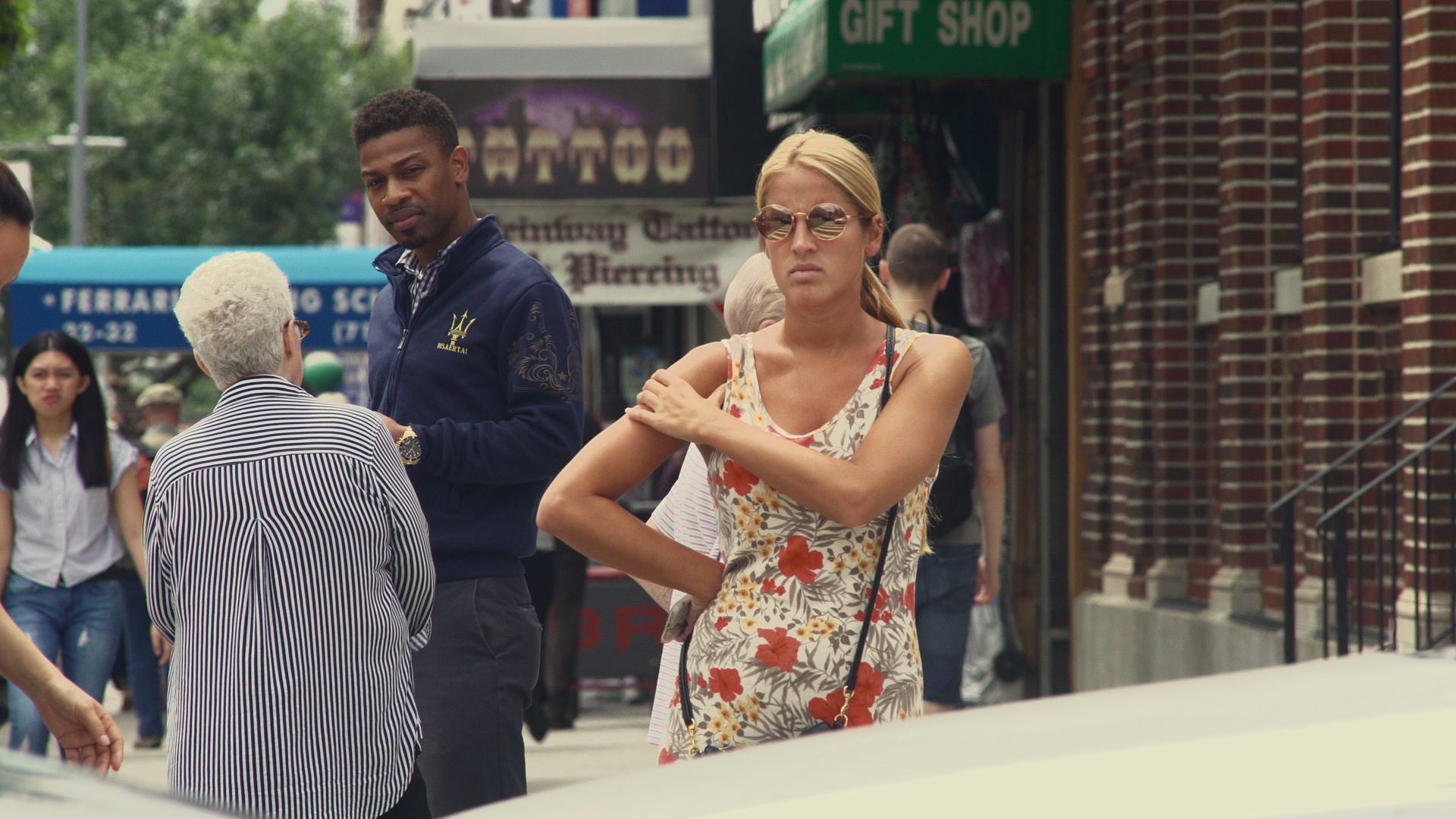 Martha Wollner, legendary casting director, roams the streets in search of an actor to play the role of a criminal. Through the random encounters that Martha undertakes with passers-by found in the New York district of Queens, the film reveals the growing intimacy between strangers with extreme finesse.
DirectorPhillip WARNELL
UK 2020 62min DCP color Experimental G Asian Premiere
Asian Premiere
Online 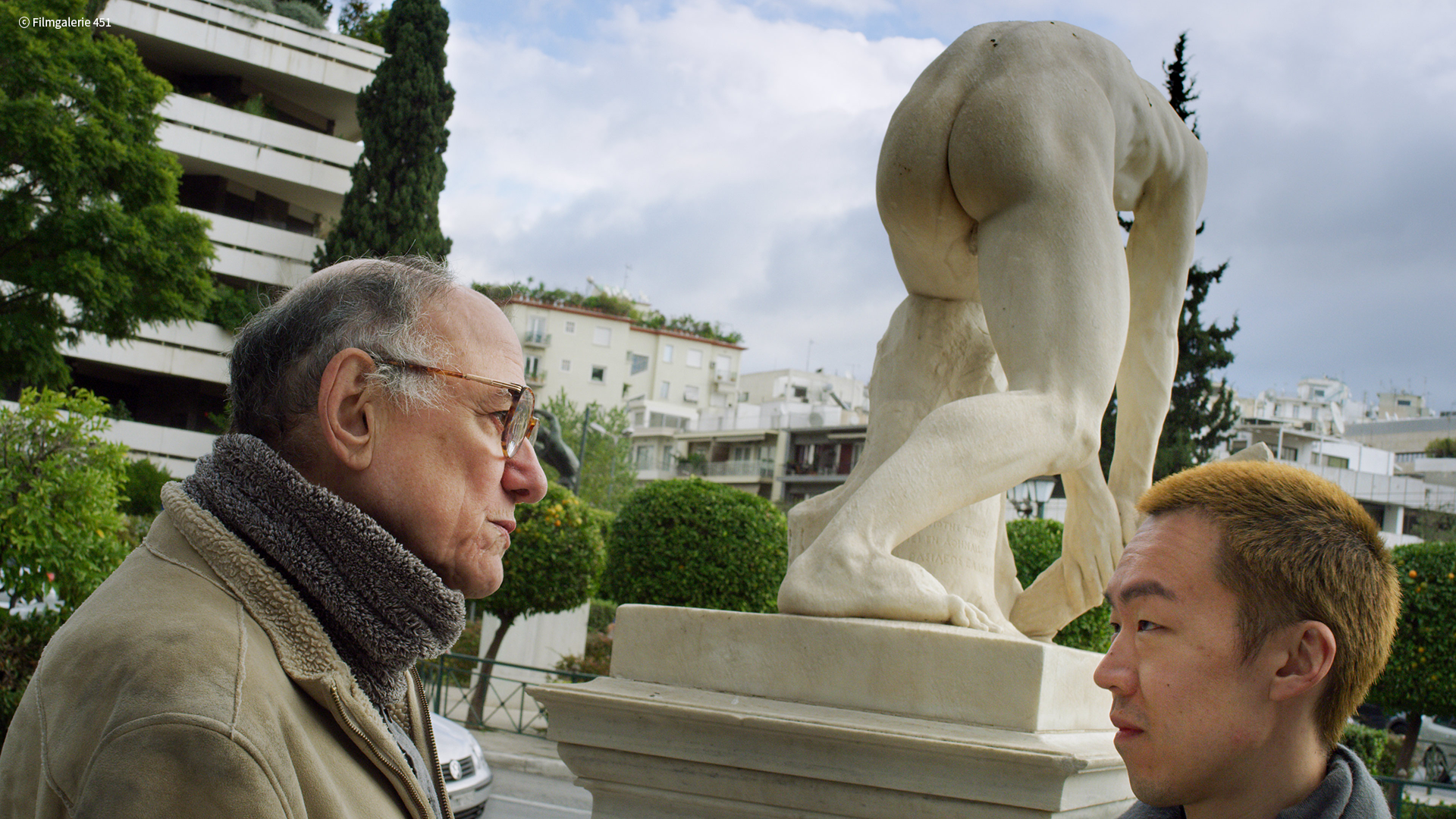 An archeologist and a weapons designer meet at an archeological excavation site in the Negev Desert and begin discussing love and war; a conversation they continue in the Israeli city of Be’er Sheva. A round dance that takes us to the cities of Athens, Berlin, Hong Kong, and São Paulo.
DirectorHeinz EMIGHOLZ
Germany 2020 101min DCP color Fiction 15 Korean Premiere
Korean Premiere
Online 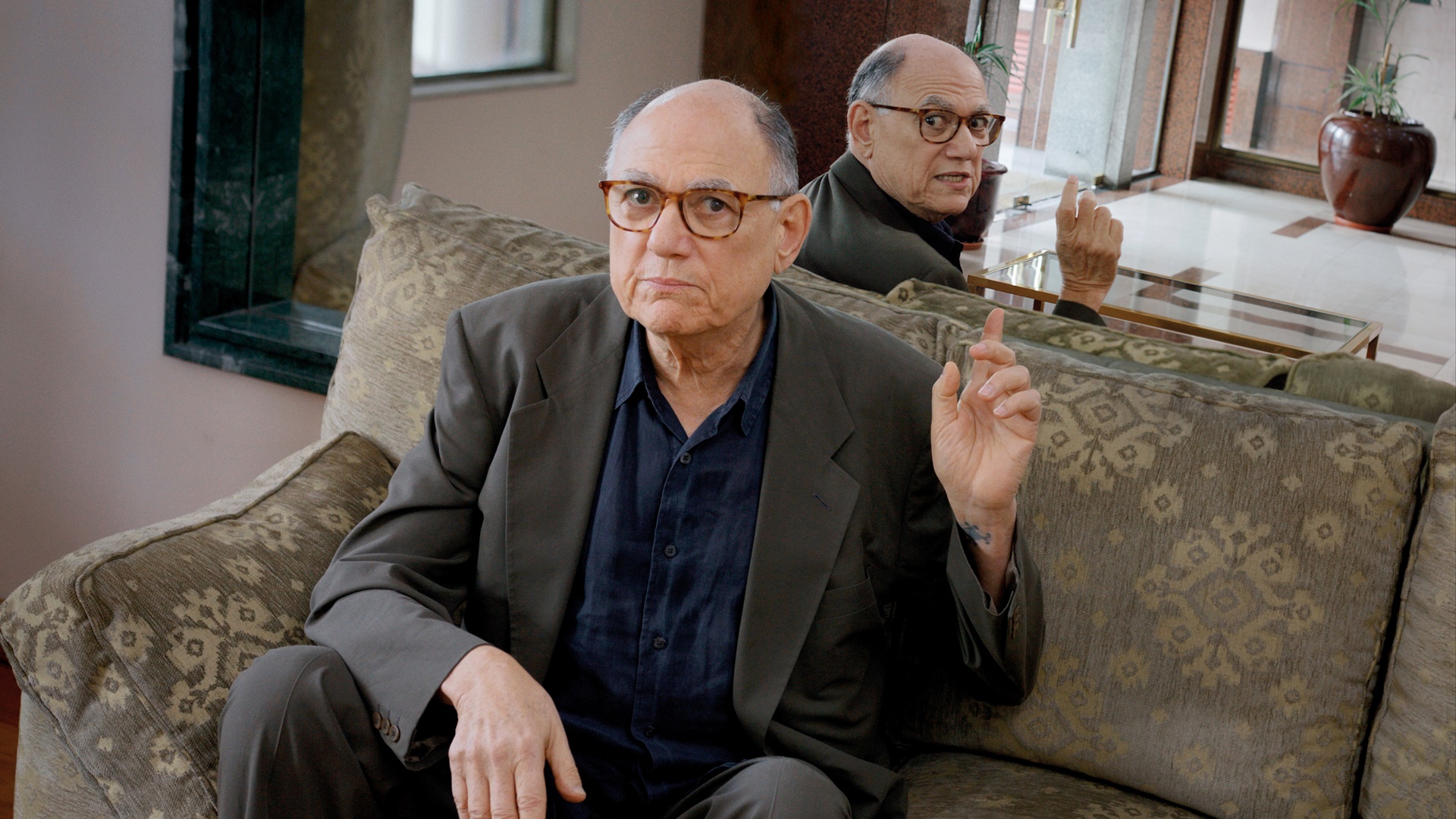 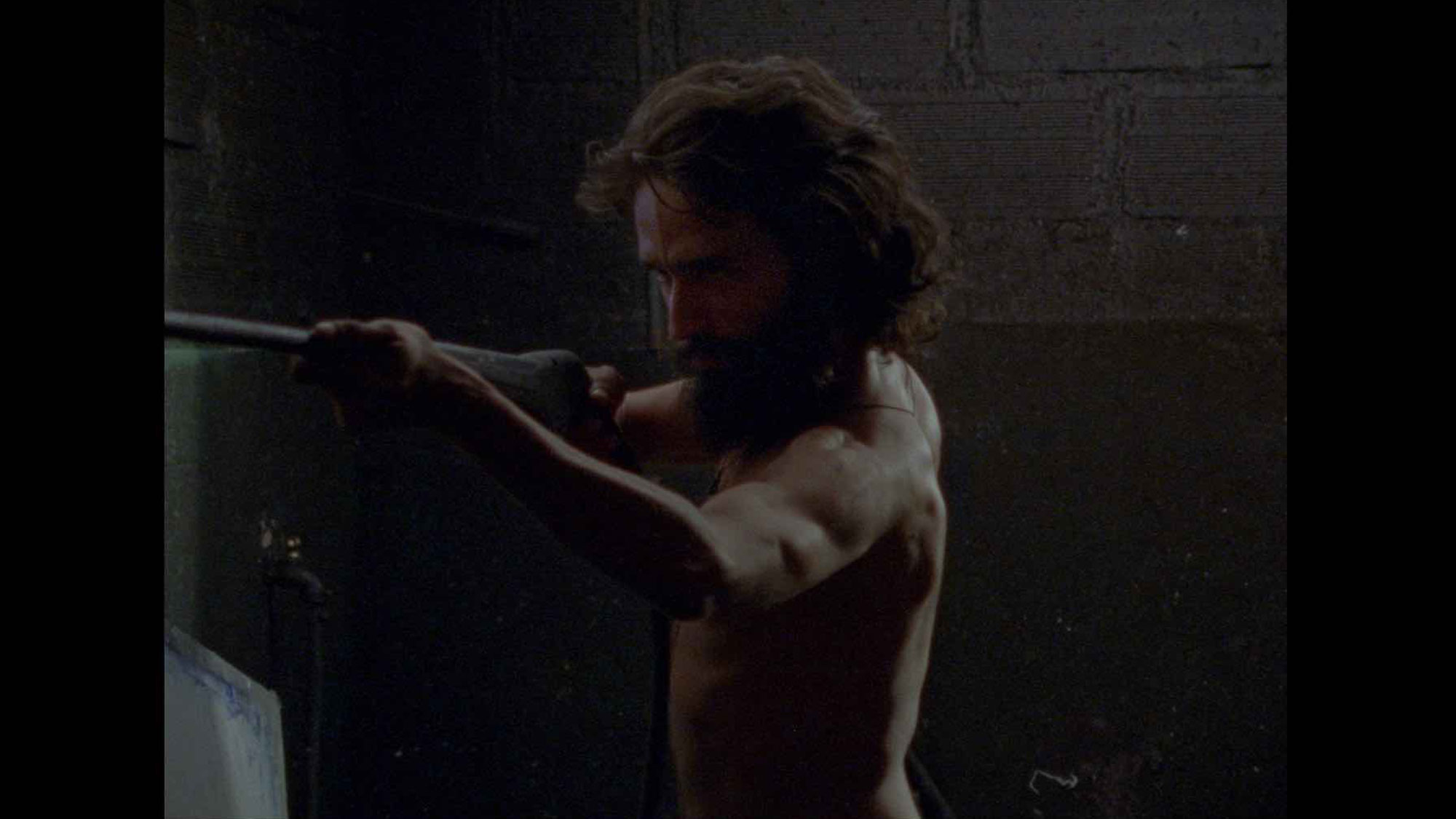 Freely inspired by a true story. Medellin, Colombia. Pinky is on the run. He has just freed himself from the grip of a religious sect. He finds a place to squat and a job in a t-shirt factory. Misled by his own faith, he questions everything. But as he tries to put back together with the pieces of his broken life, violent memories return to haunt him and ask for revenge.
DirectorCamilo RESTREPO
France, Colombia, Brazil 2020 71min DCP color Fiction 15
Sponsor