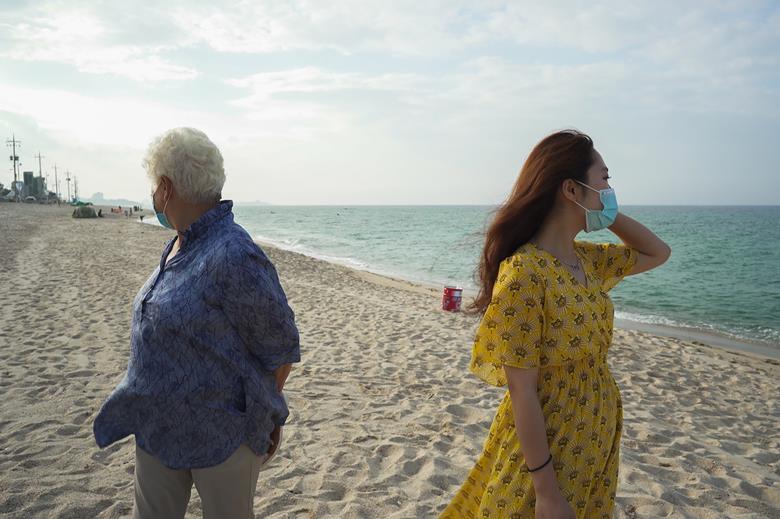 Gently paced, Park Hyuckjee’s earnest documentary Girl Who Dreams About Time is a coming-of-age story that pushes the nature versus nurture debate to its metaphysical ends. Soojin is at a crossroads: she has, since childhood, felt the higher calling to become a shaman, like her grandmother before her, but she is young and wants to go to university too, maybe even lead an ordinary life. Raised in relative isolation in the mountains in Hongseong by her cantankerous ageing grandmother, Soojin is excited about moving to Seoul for university. But despite her optimism, and with the very notion of personal choice under fire, she remains tied to a lonely, painful fate. A slow-moving, aching account of a young woman trapped in generational and cultural mythology, Girl Who Dreams About Time is a pared back – occasionally bleak – contemplation of what it means to be true to who you are.

Premiering at Jeonju International Film Festival, Girl Who Dreams About Time is one of four films to receive production support from the Jeonju Cinema Project, which aims to champion independent films. Hyuckjee, who previously won the Movie Collage Award at Jeonju in 2015 for his debut, With Or Without You, also has producing, editing and cinematography credits on this film. Its occasional interviews with Soojin aside, Girl Who Dreams About Time is observational - almost distant at times - a slow-burn with a niche subject which could limit its prospects beyond the domestic market.

When we are first introduced to Soojin she is playing a game of ‘This or That’, trying to make snap decisions about – mostly comical – theoretical situations. When asked if she would rather be an ordinary graduate student or a super-rich and famous shaman, she pauses, looking around for the answer. It is intended as a bit of fun but the answer to this question will evade Soojin for most of the film, which takes its time getting to know her predicament between life at home in relative isolation and at university, where she is surrounded and supported by friends.

The timeline jumps around, Hyuckjee first met Soojin as a high school student in 2016 as she studied for university entrance exams, when the tension between her and her grandmother was only just beginning to take hold. And while a portion of the timeline is altogether missing – Soojin withdrew her participation in the filming of the documentary for three years – Hyuckjee is able to retain his narrative arc owing to its simplicity: the roads narrow until just one path remains.

Because of the break in filmmaking, Hyuckjee spends more time with Soojin in the mountains than he does at university. And yet, so happy is she in Seoul and among friends, that even these short interludes act as bursts of energy in an otherwise sombre film. University isn’t depicted as a wild time away from home – rather, Soojin has her eyes opened to potential career paths including broadcast television and advertising – but the weight of her grandmother’s words hangs heavily: “Don’t go out too much. I’ll sense if you go out of your room.”

Coming home from university at weekends to worship deities and read fortunes, Soojin looks miserable. In one especially upsetting scene, she is sat, crying, on the floor, trying to reconcile how to participate in group projects at university when she is always called back home. But her dilemma is met with annoyance, “I told you that you can’t do both,” her grandmother says, “Piss off to Seoul. I don’t want to see you like this.”

Hyuckjee, whose approach is hands-off, seems most empathetic to Soojin’s plight when he captures the the practical, quotidian aspects of Shamanism; unpacking fruit, stacking sacks of rice, purchasing dried polack – which is rolled up with clients’ underwear and socks in preparation for a cleansing ceremony. His close camera work reveals that even these acts are carried out with a sense of obligation rather than care or joy. Hyuckjee also captures the weight of generational learning, when in telling one man his fortune, Soojin speaks just like the grandmother who raised her, unsympathetic as she delivers the message: “You’re full of bad luck for this year. Your wife will keep cheating on you.”

Aside from a few ceremonial songs, the film is free from music, its overarching tone one of quiet contemplation.